Yup......I made the mistake of peeking into the cavy pen.

Divided up to get used to each other.

They were all piled up napping.

Even the chinchilla got up to zoom around for a bit.

DH called the one on the left a rat...

How many oinkers can fit in 2 huts?

Good evening, pigglies!
I wanted these two as well...

Or just take them all home....

They're adorable!!
I love Guinea Pigs but I have the hardest time convincing them to get along with eachother…
I tried raising Skinny Pigs about a year ago and had 1 litter. They were so fun to watch but it was just too difficult having to keep just 1 per cage because they would all fight

I tried keeping/breeding meat pigs a few years ago. Culling one that was suddenly very sick was nearly impossible. Besides being terribly awkward to hold to euthanize them in any way, I just couldn't flip to the eating side of owning pigs. Rabbits took awhile, but some of them were mean bastards, which made the process easier...
So, I didn't get very far with that idea, but I did have boars, sows & pups together in a 4x12ft pen. I would put up a divider for mom and newborns for a week or so, then remove it. New sows were also quickly accepted. Never had any bad fights.
There were no hiding huts in this pen. They were in a shed above rabbit cages and I needed a ladder to get to them. They did great w/o the huts.

With the ones in the house, rarely an issue. I never buy or accept a rescue boar. Divider up for however long it took to get them all to get over themselves and get along. Sometimes a week, other times 3mo of constant "maybe today" tests and rotating them around into the other divided sections. I had 8 rescue sows once, got them 2 at a time, all as adults. They lived in a 3x7ft pen peacefully once the queen ahole calmed her crazy butt down, lol.

Having no huts helps, since they will fight over them and claim areas around them. Sometimes even if there are 8 huts and 5 pigs, they still decide to have a cow and hog them all. I get rid of the huts for awhile and just cover part of the cage with a towel. Then after some weeks, reintroduce several cardboard huts and monitor how they interact with each other.

The 8 had 2 bottles and two pellet bowls, one big hay rack in the middle. While the breeding group had 3 bottles & bowls.

She didn't understand grass yesterday, today, she figured it out quickly. 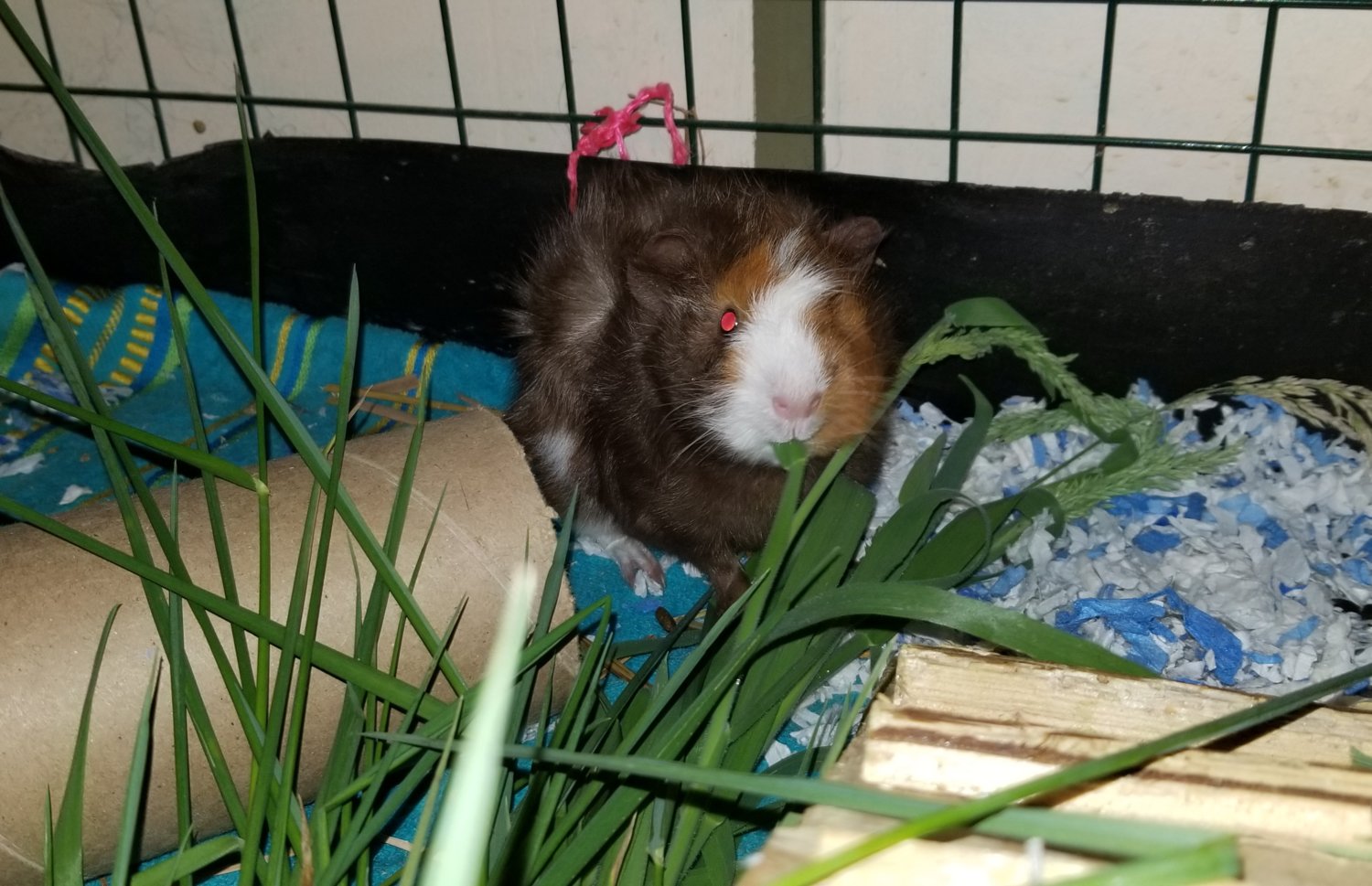 When I die I want to come back as an animal owned by @secuono.

animalmom said:
When I die I want to come back as an animal owned by @secuono.
Click to expand...

Another day, another green meal!