I don't know how you keep up as well as you do with that many of the little suckers.

Kusanar said:
I don't know how you keep up as well as you do with that many of the little suckers.
Click to expand...

And soon to be across THREE registries....

secuono said:
And soon to be across THREE registries....

I guess make a list of what every registry needs, then go get it all at once from each and then discard whatever isn't needed if they aren't going to be triple registered?

Kusanar said:
I guess make a list of what every registry needs, then go get it all at once from each and then discard whatever isn't needed if they aren't going to be triple registered?
Click to expand...

It all depends on what the buyer wants. 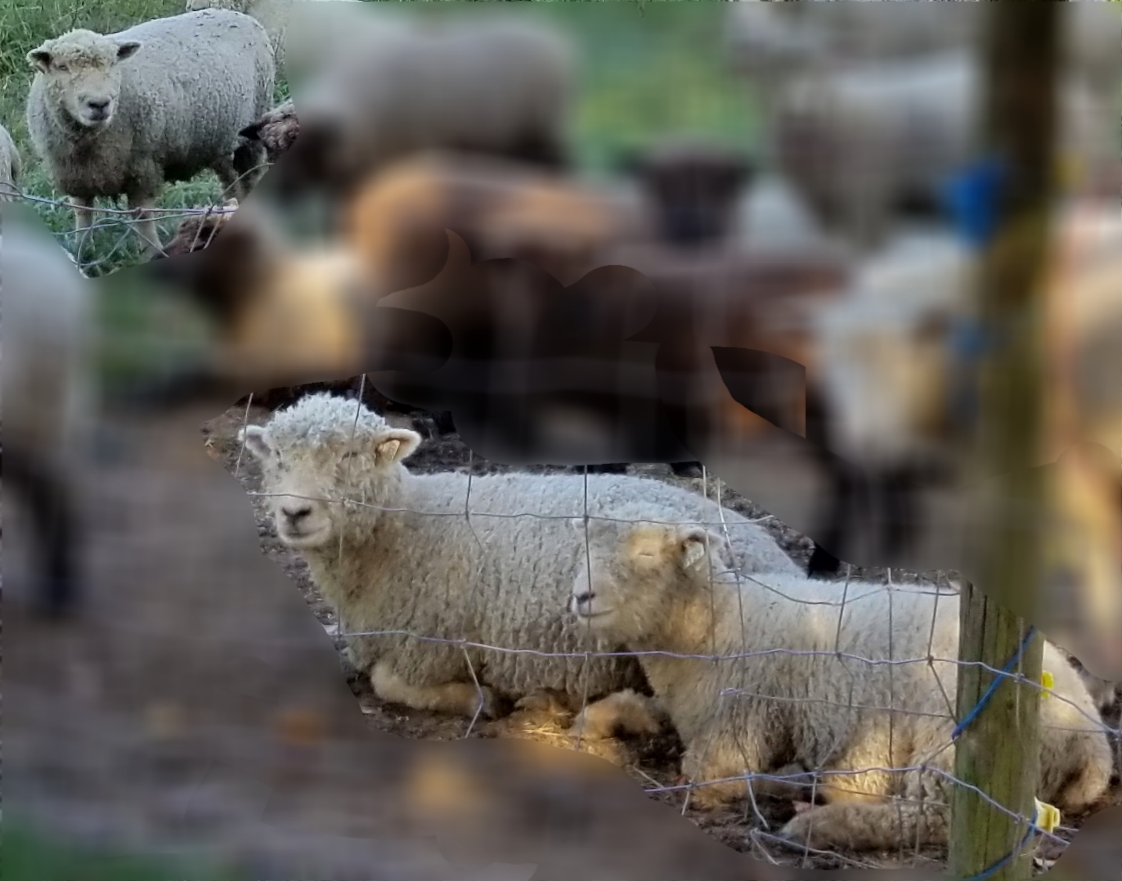 Tomorrow is the start of breeding season!

Forgot to update the official chart, so I did it roughly. Need to clean it up & repost it.
Update, final chart-

And here's the layout. Again, we have the ramling between mature rams. Ramlings don't fight through the fence, and usually, yearlings also don't bother to argue. But after two, definitely after three, they start to get sensitive about sharing fencelines.
Anywho, Billy & Michaelis are sitting this round out. White runt ramling will also be with them in the backyard/barnyard. They'll get to go into paddock #1 later on.
I'll probably allow Krillin & his ewes into both paddock #5 & #6.

I'd prefer only 3 or 4 rams, since then there would be a paddock between them. But that won't happen for another couple of years, if not longer.

Anyhoot!
I can't wait to move around these blobs of sheep! Lol.
9 get to stay put until spring.
22 are getting split up to meet their BFs.

Yes, Eevee is back in her bin. She's always in there!!

I have plastic cage labels, that I recently dug up, that I'll hang on the paddock gates. They were bought for rabbit cage IDs, but I quit them before using them. Glad I hoarded them, lol.

Edit
Another day, another sit in her bin. 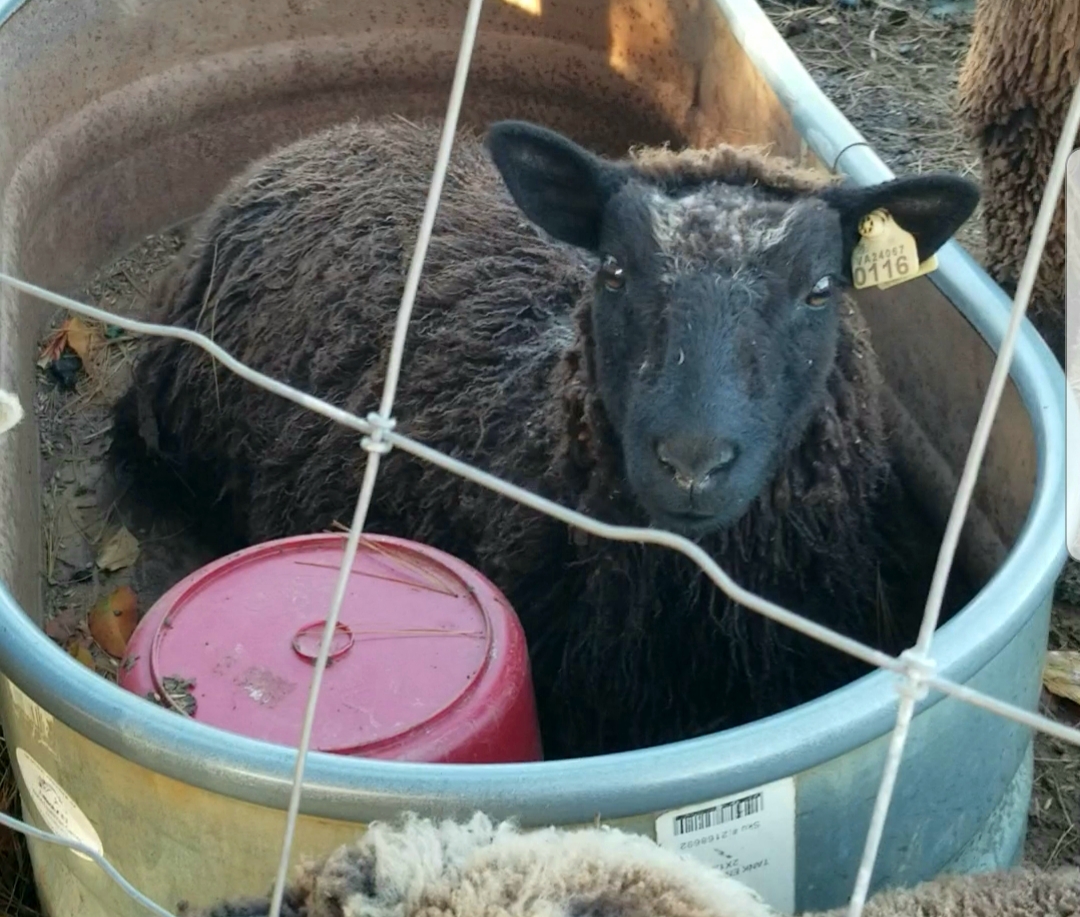 You never know what equipment/materials be reused for other species! LOL I just pack everything into boxes, label exactly what is in them, and put them in the milk shed. Family always is asking me what I did with something so I just run down to the milk shed (actually stagger down on my bad knee) and retrieve stuff.

...I can't find those cage tags

2:40 until 5pm, but finally got them separated. 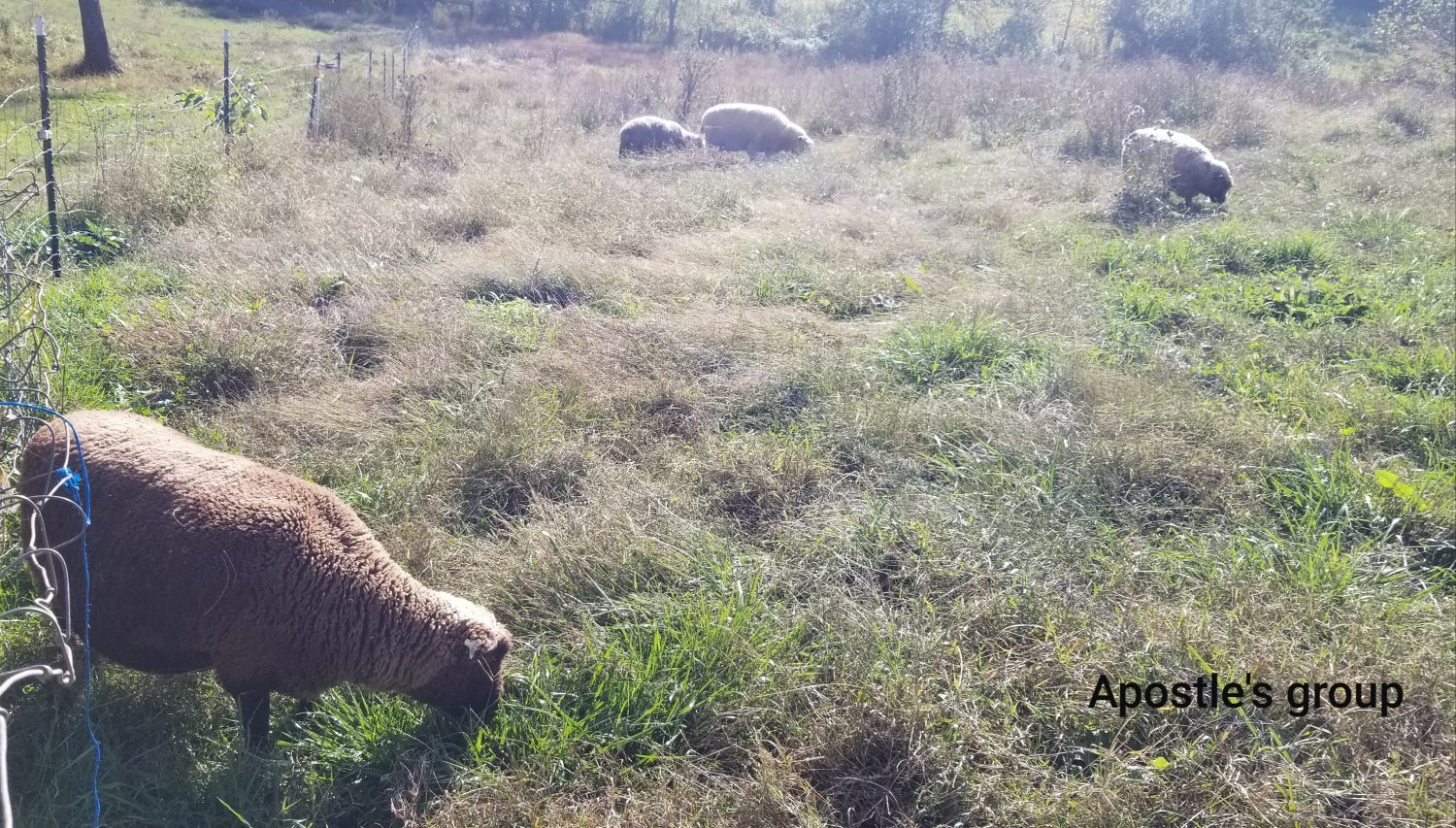 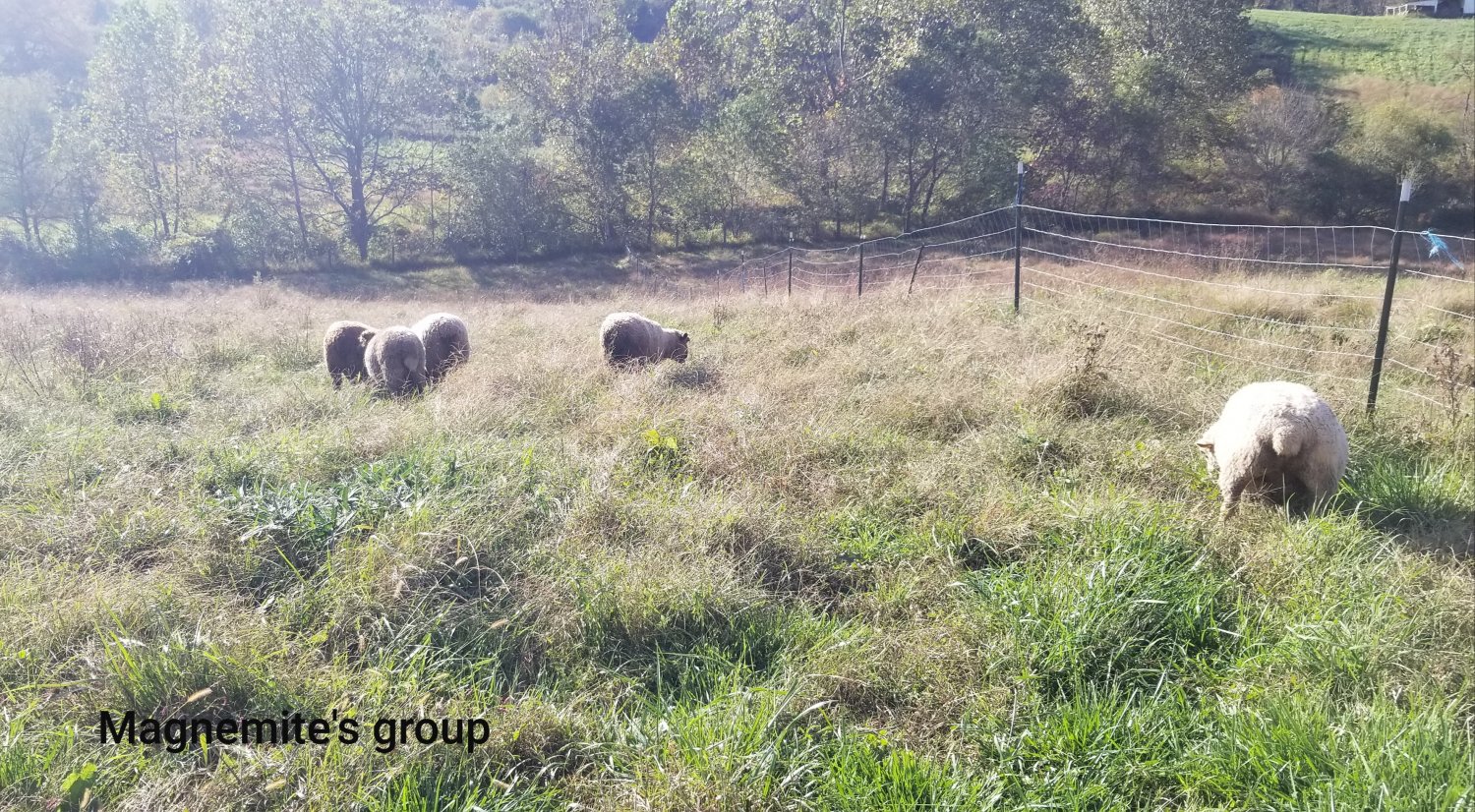 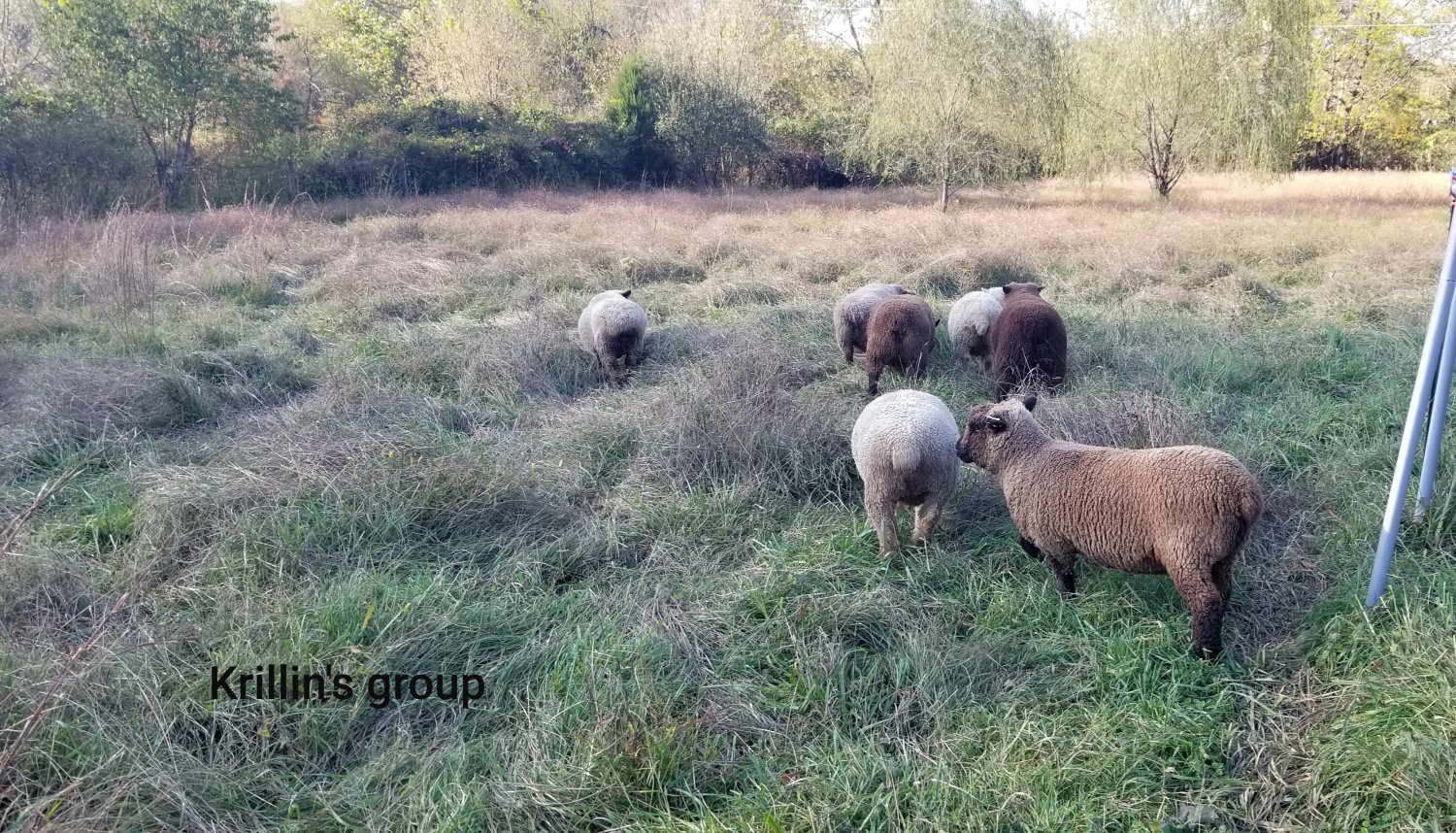 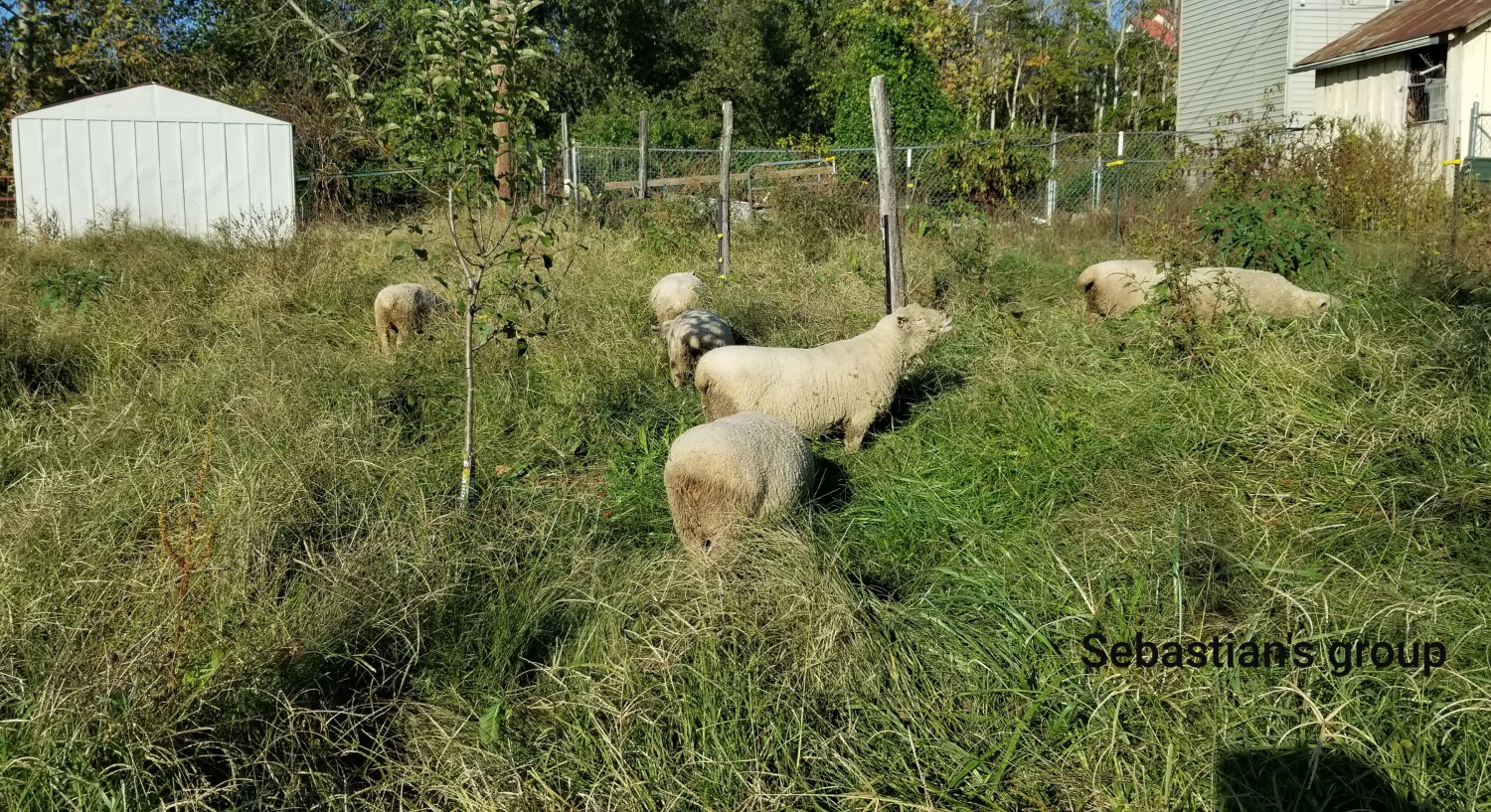 Edited
Update!
Found the cards!
Supposedly, you could use a special spray to remove ink to reuse. IDK where I put that, obviously...lol

Found my whiteboard markers & wrote on both sides, then left it outside overnight. It's supposed to rain, so, we will see if rain will wash them or not. I'd like to use the special marker to write who all is in the paddock.
Clearly, based on the pic, I lost the spray long ago...

Text on card is of- This was my large, perfectly silvered, pedigreed, blue SF doe that a 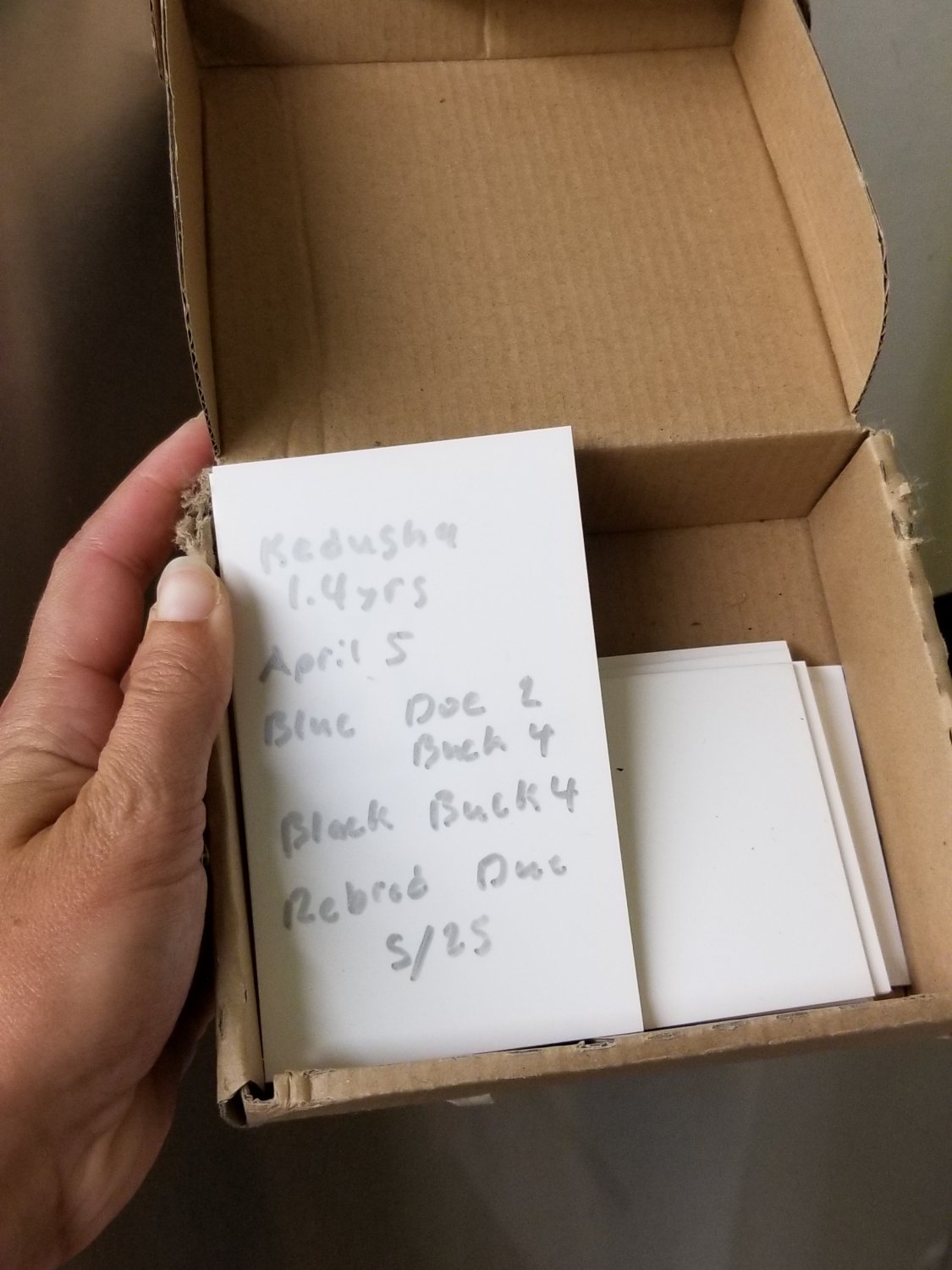 I was going to tell you that the tags were in a special spot where you stored them to be safe. That is where the special ink remover and ink is now. LOL Try alcohol (or oil) to remove the ink. If worse comes to worst, repaint them with plastic covering spray paint. You might only be able to use the tags once after that but better than having to throw them away. And you can always keep painting them between uses.
You must log in or register to reply here.
Share:
Reddit Pinterest Tumblr WhatsApp Email Link