It all started so beautiful!

Got a call last night to pick up a swarm in a nearby big city. Also had a swarm go into one of our traps only a couple of miles away from where the phone in request to collect the new swarm.

The picture they sent me last night was sooooo beautiful...in fact, for me, it was irresistible! 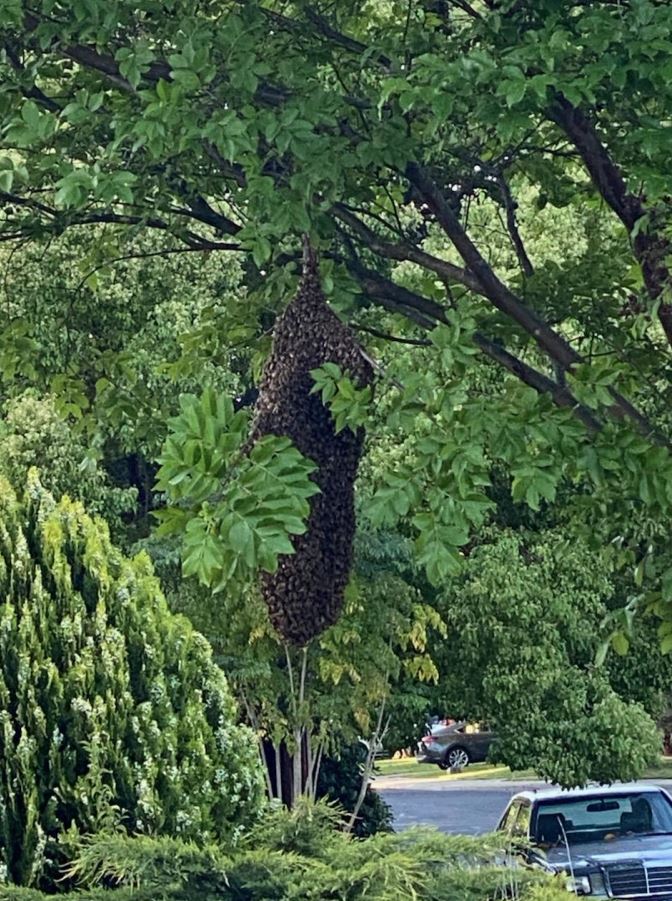 So, loaded the truck, left at 4:45 am, excited to collect two wonderful swarms...

First swarm capture went off perfectly...no joke, I think out of the hundreds of swarms I have collected, this is the very first swarm that I got every bee!

I was so happy and proud of myself...such an experienced beekeeper...years of successful swarm captures...really got my swarm capturing act together big time...I even impressed the people where I captured the first swarm!

Picked up swarm number two a few minutes later...felt like patting myself on the back for such a great job well done.

Threw my still lit smoker in the back of the truck [as I have done countless times before], and off I drove, making a bee line toward our closest bee yard!

About five miles down the road, I get a real shock...flames and fire pouring out of the back of my truck! The bee boxes are on fire, two home depot buckets are on fire, my friggin' truck bed liner is on fire, and lots of other wood on fire! 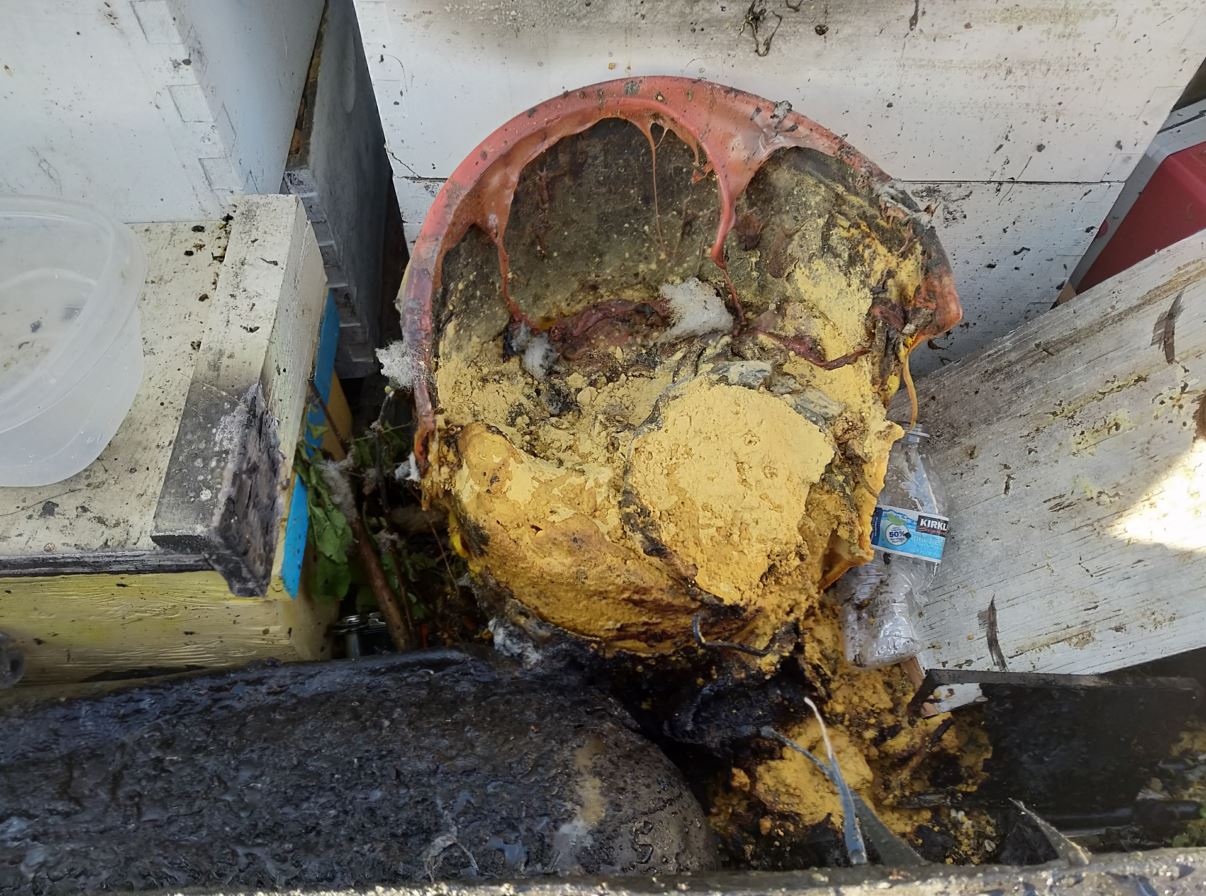 For years I have gone out of my way to keep a fire extinguisher in every one of our vehicles...guess what? Yeah, somehow, no fire extinguisher this time! I could not put the fire out, and it was growing hotter and stronger by the second. I began to throw out of the truck as many flaming items as possible...picked up a melted Home Depot bucket and it burned the heck out of my fingers and one hand....but the fire just kept getting bigger and bigger...and it caught my Ridgid drill motor with the Lithium battery on fire and I could not touch it or throw it out!

Then I remembered the irrigation canal a mile away...I raced to the canal, hoping I could make it before my truck blew up! My plan was to drive my Nissan truck into the canal if the fire got unstoppable. Got to the canal, and thought I might have a chance of saving my truck...I used the one good bucket I had left to throw water on the flames...it took over 20 minutes to get the fire out [no matter how much water I threw on the flaming rubberized bed lining, it just did not wanna go out... 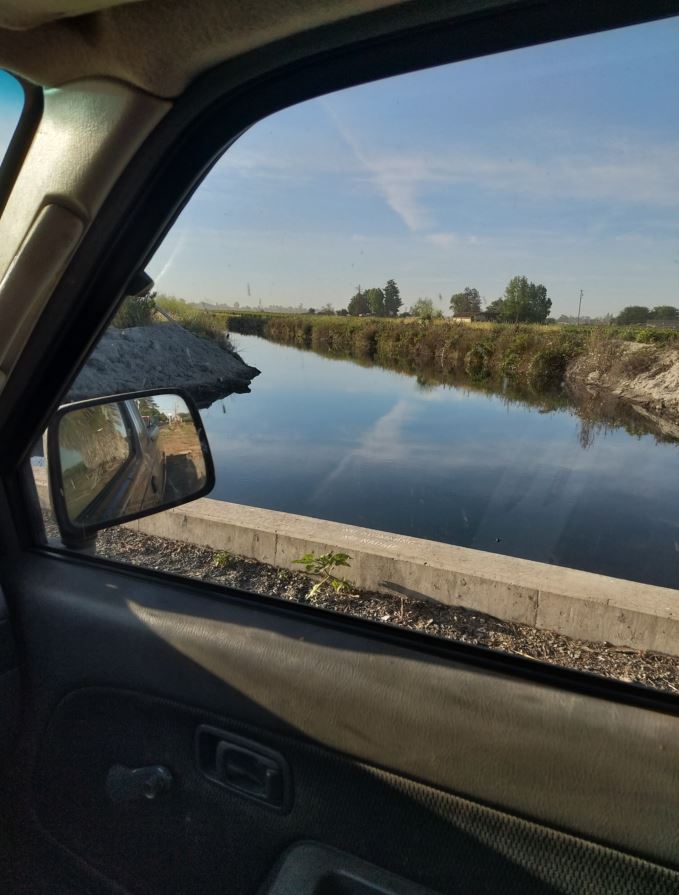 Fire department showed up. They were really nice...they put out all the flaming items alongside the road that I threw out of the truck. After looking at my burns, they asked me if they could call an ambulance to take me to the hospital. 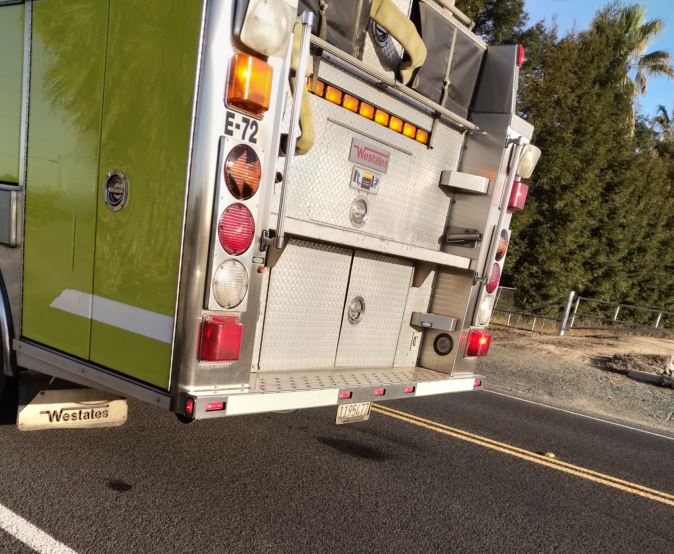 I declined...I had enough embarrassment for one day and I also didn't wanna go near all the COVID 19 germs.

Now I can't even wipe my arse with my right hand anymore...well, at least not for the next few days or weeks... 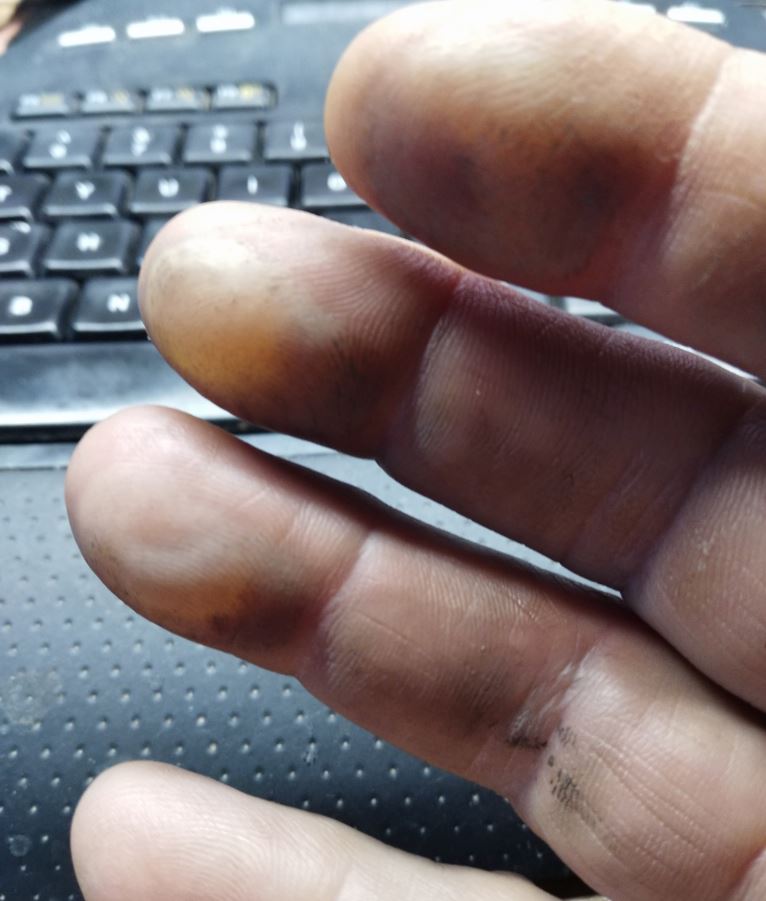 MORAL OF THE STORY: PUT YOUR SMOKER OUT BEFORE PLACING IN THE BACK OF YOUR TRUCK AND DRIVING AWAY!

Have a wonderful day everyone, just don't follow my poor example!

Oh dang.... Sorry that happened, but glad you're relatively ok. Geeze...that was scary and could have been a whole lot worse!

That's an awful day! Wow, glad you didn't lose the entire truck to fire.
Did the swarm you captured come out okay?

thistlebloom said:
That's an awful day! Wow, glad you didn't lose the entire truck to fire.
Did the swarm you captured come out okay?
Click to expand...

Well, I am dwelling on the brighter side of things....

Still have all my body parts although some are a bit toasted
Doctor said I should be fine, but must watch for infections during the healing process
Still have my truck
I got off without a ticket or moving violation
I got a free swim in the canal
Lots of the boxes did survive
Ridgid drill motor is toast but the lithium battery did not explode
The bees survived and are living happily ever after

Last, I got first place for doing one of the dumbest things on April 27th, 2020 and I just might become famous.

Not bad for a days work!

When my kids have done something that turns out badly (especially when it's something they knew I wouldn't have approved, had I known about it ahead of time), I usually say, "so, did you learn anything?"

Seriously, those blisters made me cringe. I'm really glad that you survived, the truck survived, the bees survived. I wish you speedy healing.

As a bee keeper, do you know to put honey on burns? Coat the burns with honey and put on gloves. Sorry about the fire and burnt stuff. At least you didn't lose your truck!

Feeling a lot better. Most of the pain in the fingers is gone. Weird...it went from like 500 over 10 pain level down to almost nothing at all and the pain subsided within a one hour period. I certainly do not understand that at all. Wanna know what it felt like? No joke, for two hours it literally felt like I was holding my hand a half inch over a lit barbecue and the pain level refused to go down at all.

Now I feel numbness in my fingers.

Doctor gave me a special pass to get in and see his team under the condition I would be no where near COVID 19 patients. Basically said the big thing now is to guard against infections during the healing process.

But choosing to dwell on the brighter side of life...the Ridgid Drill Motor still works fine!

Who know, maybe Ridgid will contact me to make a commercial for them? Takes a licking and keeps on ticking!

I will not be doing any commercials for Kentucky Fried Chicken "Finger licking good." Well, at least not for a few weeks anyway... 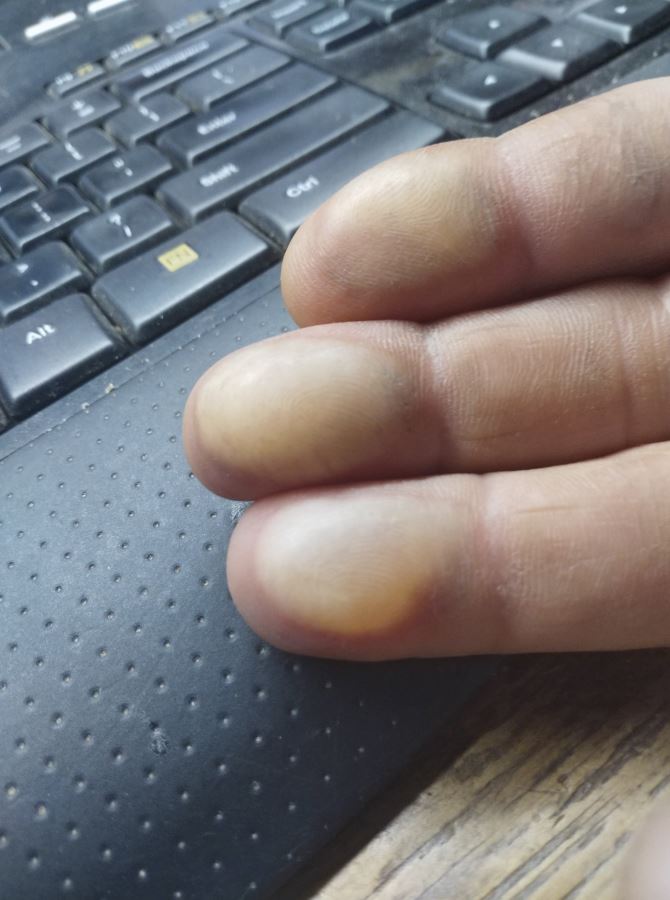 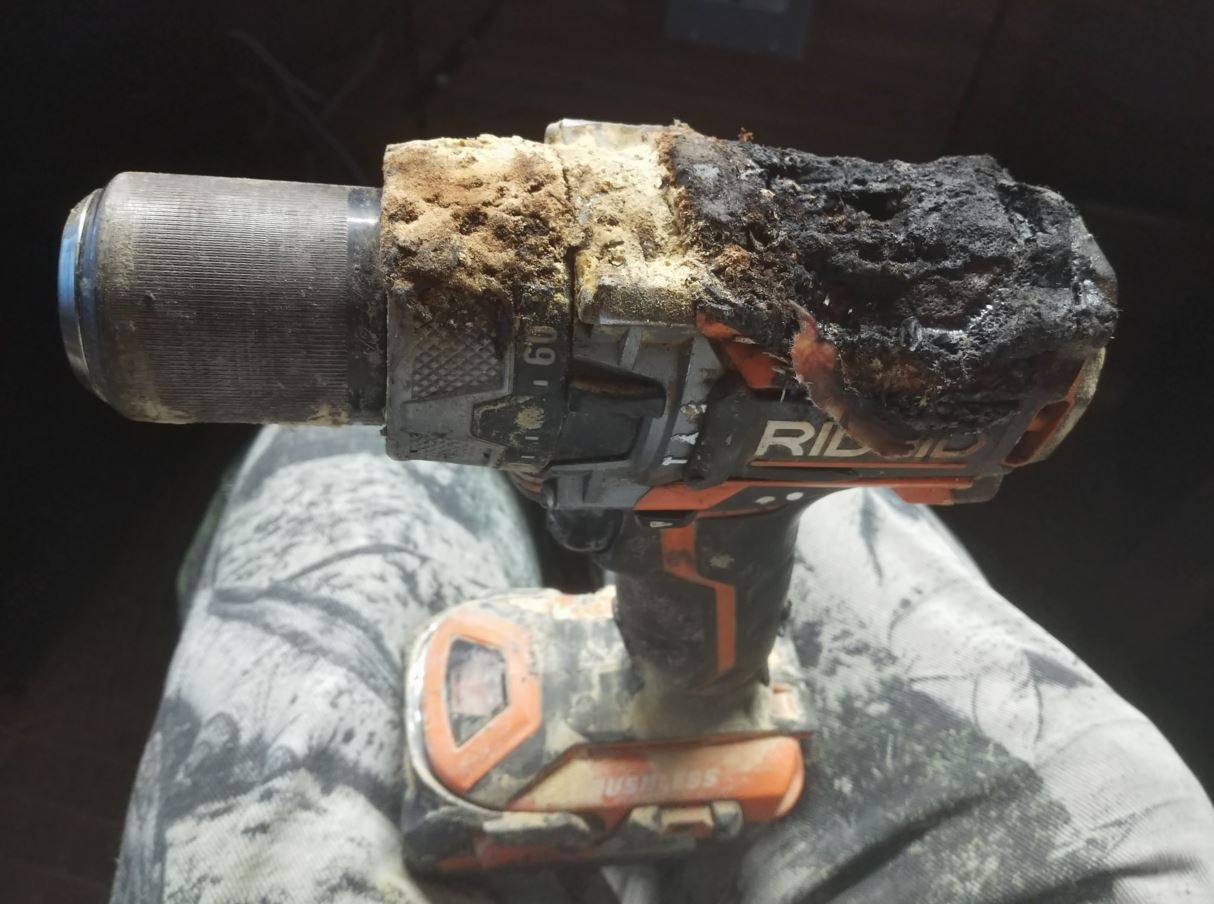 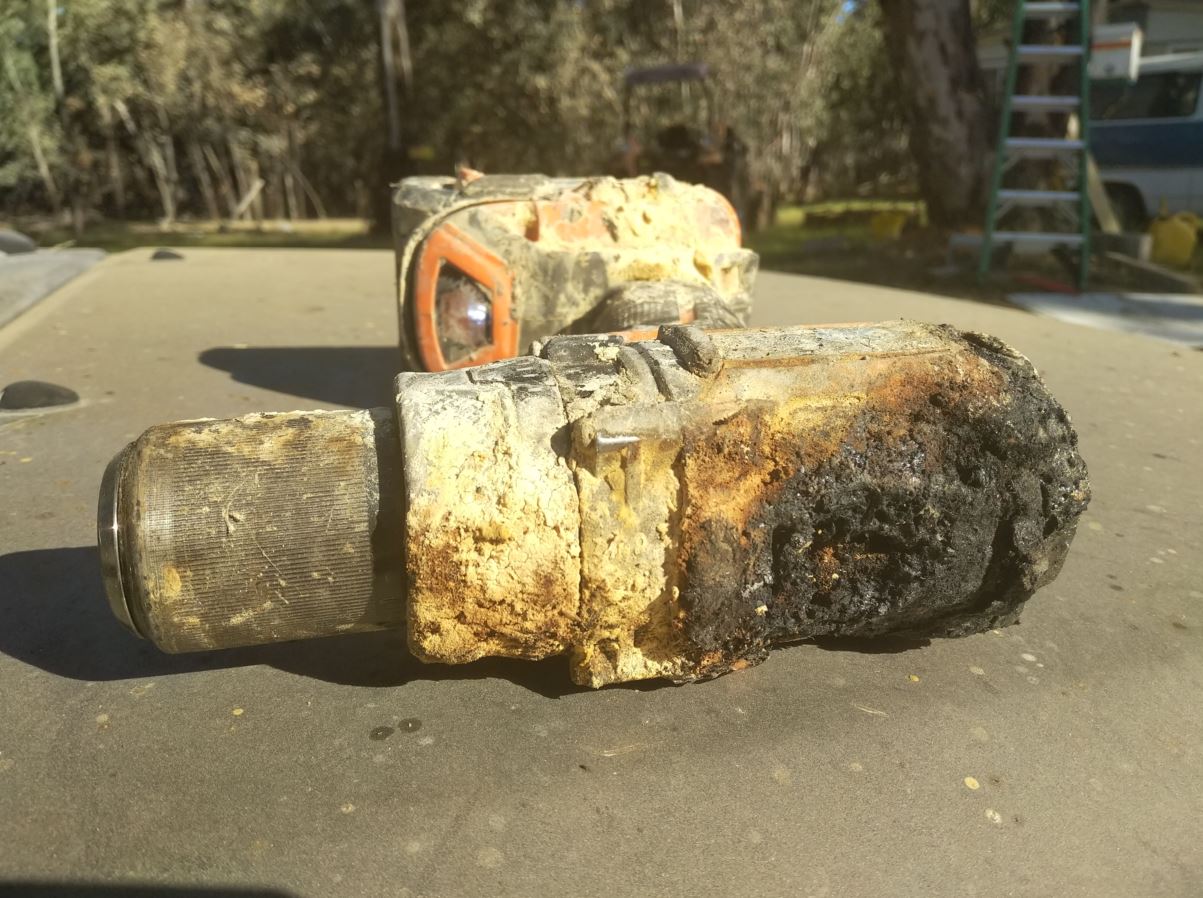 Oh your poor fingers! That made my stomach lurch a little

.
Does this mean you won't have fingerprints? Not that I'm encouraging a new career...
Things most definitely could have been so very much worse, and I admire your attitude of being grateful for the brighter side.
You know, you might just contact Ridgid with your story and pictures. You never know, they may just want to feature it in an ad. I'm amazed it still runs.
F

OOOOHHHH on the fingers. I am thankful for your sake that you didn't have any other real terrible damage. Saving the truck, the bees, and the drill still works....????
I would also write them and send pictures, I bet they would be very interested in the episode as an advertisement for the toughness of their product.