Okay, I bought two does in mid/late January, the 17th if I remember correctly. According to seller they are both 2 yrs old and both successfully kid once previously. He had them with an 8mo buck, so there is a chance they are pregnant.
Now, my question is this: at least 2 weeks ago one of the does became noticeably lax in her vulva and has stayed that way since. Sometimes it just looks "loose" but often it is completely open! She is larger than my other doe and I think her right side hangs lower. She has been gooping on and off since her vulva loosened and the goop is almost bloody in color, there is often dark red/brown goop dried on her tail. Her vulva looks a little bloody sometimes but she isn't actively bleeding. She has not bagged up though I think her udder has grown a bit, that's probably wishful thinking.

Anyway, my concern is just that her vulva has been slack for so long now and her goop looks so orange. This isn't my first kidding at all but I've always had girls slacken and goop within days of kidding, and it's already been weeks

Her ligaments are much looser than my other does and has been for weeks. There is no odor. Should I be concerned? Is there a chance she's not pregnant and has an infection? I wish I had an estimate of when she would be due but don't. How long should I wait before growing concerned?
She is acting normal and happy but, again, has also been holding her tail at a weird angle for weeks.

Do you have a picture of her from behind? And how long were they with the buck?

Goatgirl47 said:
Do you have a picture of her from behind? And how long were they with the buck?
Click to expand...

I believe since August and he was 8mo when we picked them up.
M

I have pics and will post when I get in, the mobile site isn't allowing me

Oh. Then it's a good chance that they are bred. Our buck has been with our goats since early September, and he was 3 months old then. You could do a blood test on them.
M

Goatgirl47 said:
Oh. Then it's a good chance that they are bred. Our buck has been with our goats since early September, and he was 3 months old then. You could do a blood test on them.
Click to expand...

I thought at least the one doe definitely was, and that's great, but if so I'm just concerned with how long she's looked "ready to go".
Maybe she is just different from the other does I've seen kid, and as long as it is healthy and not cause for concern that she has been gooping amber/bloody for weeks and so open in the vulva then I'm happy, but it's strange

Just wondering at this point, when she is still acting happy and alert how long would be safe to wait to call a vet out.

Is it possible that she could have miscarried one and still have another(s) still in there? Just a thought/question...
M

Latestarter said:
Is it possible that she could have miscarried one and still have another(s) still in there? Just a thought/question...
Click to expand...

I really don't think so. She has never been mopey and is either in a large enclosure that is cleaned every day or supervised on pasture. Unless she did at night at then ate any sign of it and was chipper by morning.
M

Okay, finally in! Don't know why the pics upload sideways but better than nothing?
Here's the doe, hope you can tell in the bad lighting how open her vulva is and that despite being on the same diet as my others and NOT by any means being the herd queen, she is bigger than the others by far. The way her udder looks in the pics is how is just a bit bigger than when we got her but it doesn't seem full by any means. And also the angle that she's holding her tail. 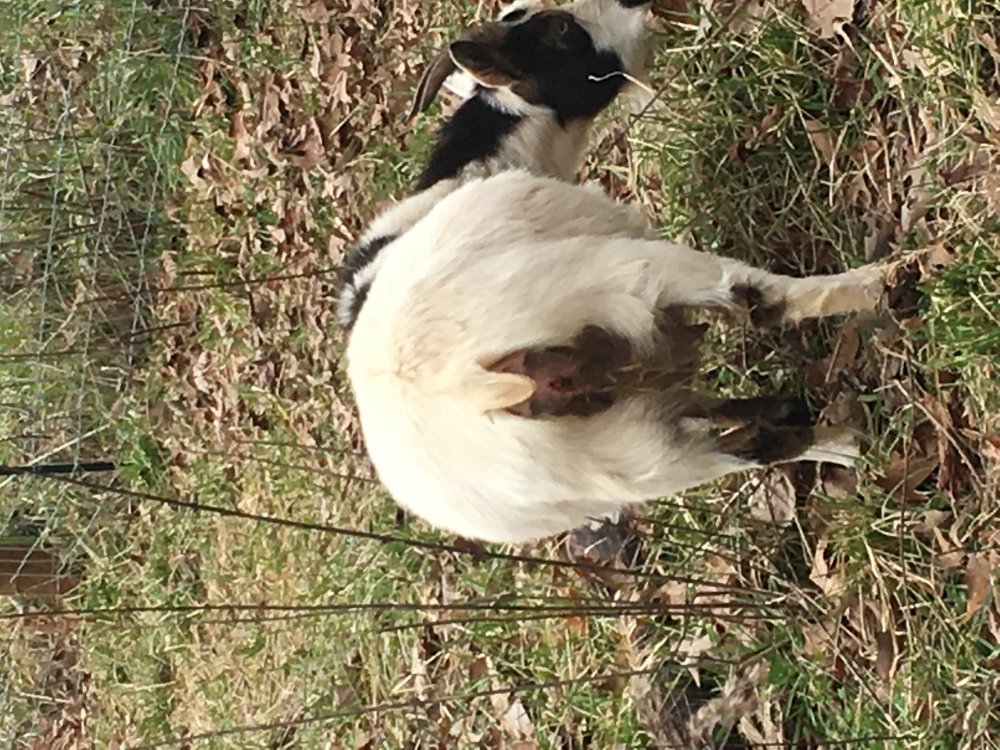 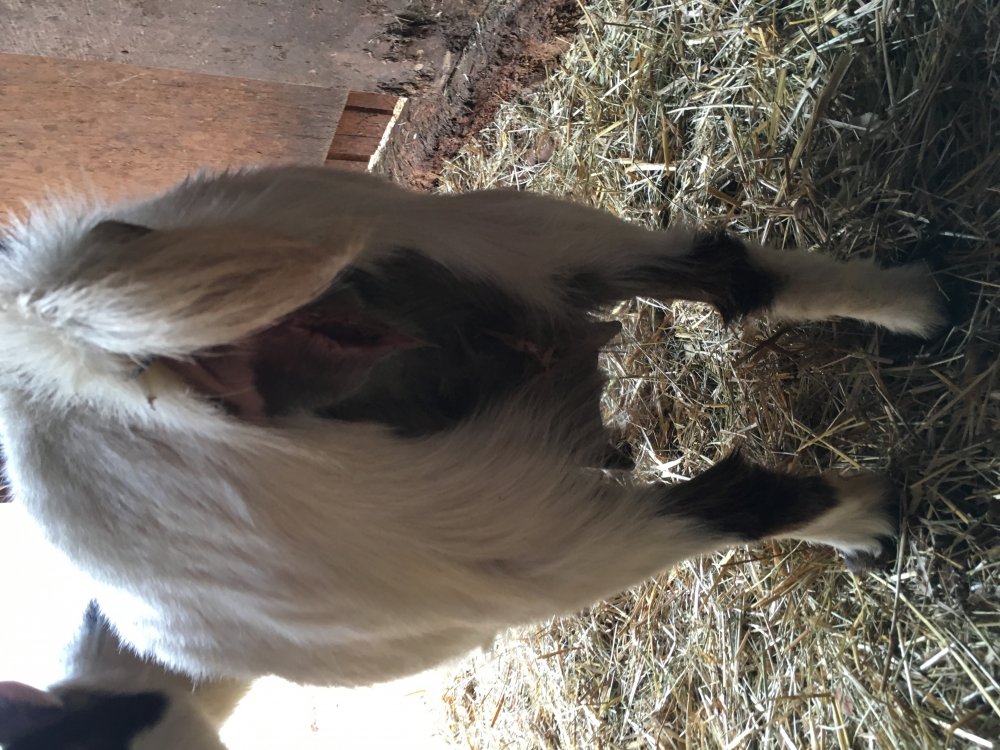 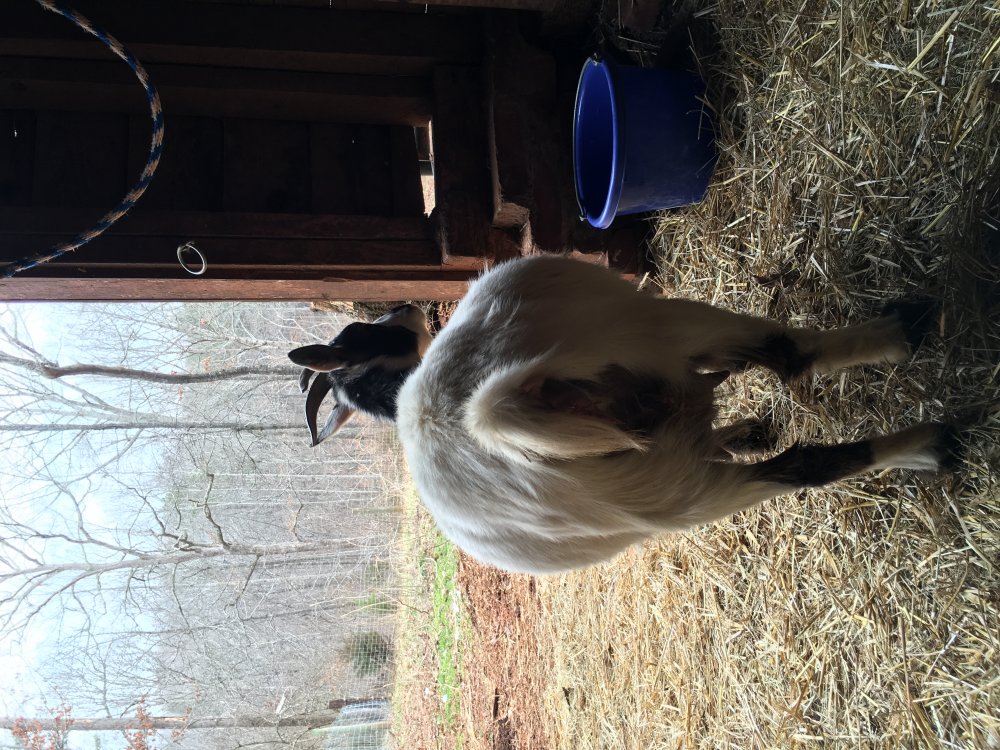