An Old Girl with Triplets

I don't usually leave triplets with a ewe as generally the smallest will be pushed out by the two larger lambs and fail to thrive. In addition, mastitis is far more common in triplet mums due to the lambs constantly trying to get enough milk. Occasionally a young, strong ewe with 3 lambs of approximately equal size can cope, but not so often.

This year my ewes were scanned and only 2 were expecting triplets.The first poor ewe contracted pneumonia and her lambs all died inside her. This left just one Old Girl (aged 8). In reasonable condition for her age, but going grey around the muzzle!

So, I planned to feed the smallest from the first day after birth (so they could all have colostrum from mum) and then to supplemental bottle feed the smallest whilst still leaving her with mum.Sounded like a plan....

So mum gave birth 4.5 weeks ago in the field whilst I was out for just a couple of hours. I came home to find her on the edge of the field with three live lambs, all on their feet, and one of two ewe lambs notably smaller than the other ewe and ram lamb. She came into the sheep shed happily enough, and the three lambs all clamoured for her teats, seemingly non-stop, over that first day. I decided to then systematically go to the smallest one 4 times daily (whilst feeding the other bottle lambs) to supplement her with bottles. Usually at this stage persuading a lamb to suck a bottle is easy....This time, and in spite of maybe 30 attempts, she never would suck. As the days went by she ran faster and faster and I could barely catch her. So I gave up....thinking mum's milk would give out.

4.5 weeks on, and with them confined to the sheep shed and the surrounds, they are doing very well. I have kept them close as our weather has been pretty cold and wet and confinement means they all have unfettered access to food.The lambs are all eating lots of solids and mum is actually growing rather fat.

SO....an Old Girl with 3 lambs, one of which was tiny, seems to have defied the odds.

Here she is with her family. 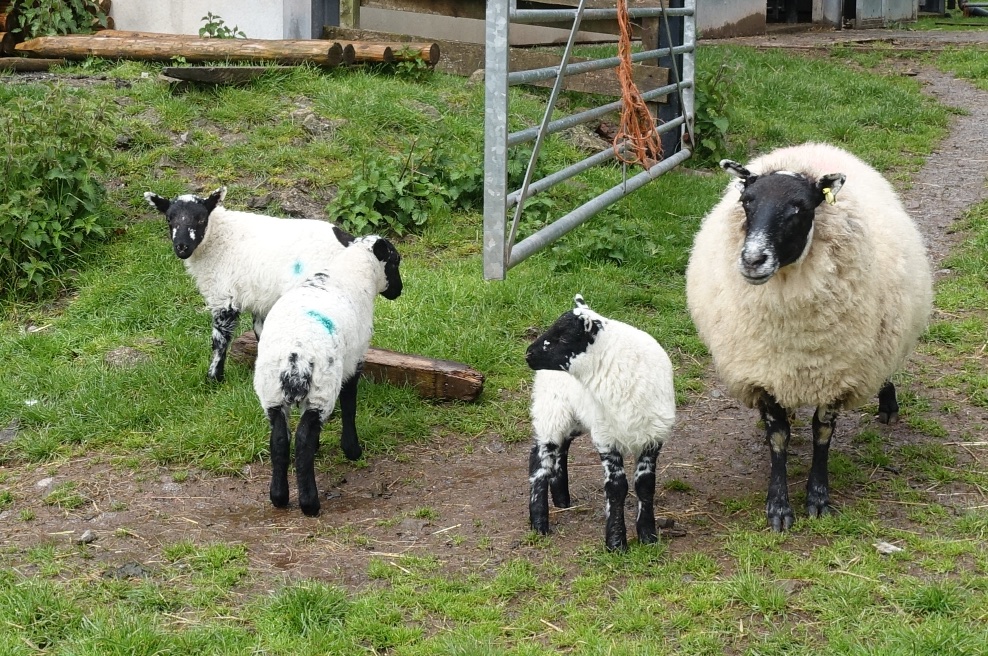 love it when there is a happy ending....good for you ! and Ms. Ewe did a awsome job with her three lambs

What a good mum! And obviously that littlest one will be healthy - she got all that good exercise running from you! LOL

Awww...… I love hearing stories about your "old" sheep. They do surprise us, don't they?

Here's the old girl with her 6 week old triplets. I always breathe a bit easier when lambs get to 6 weeks as they survive without mum's milk if they have to. 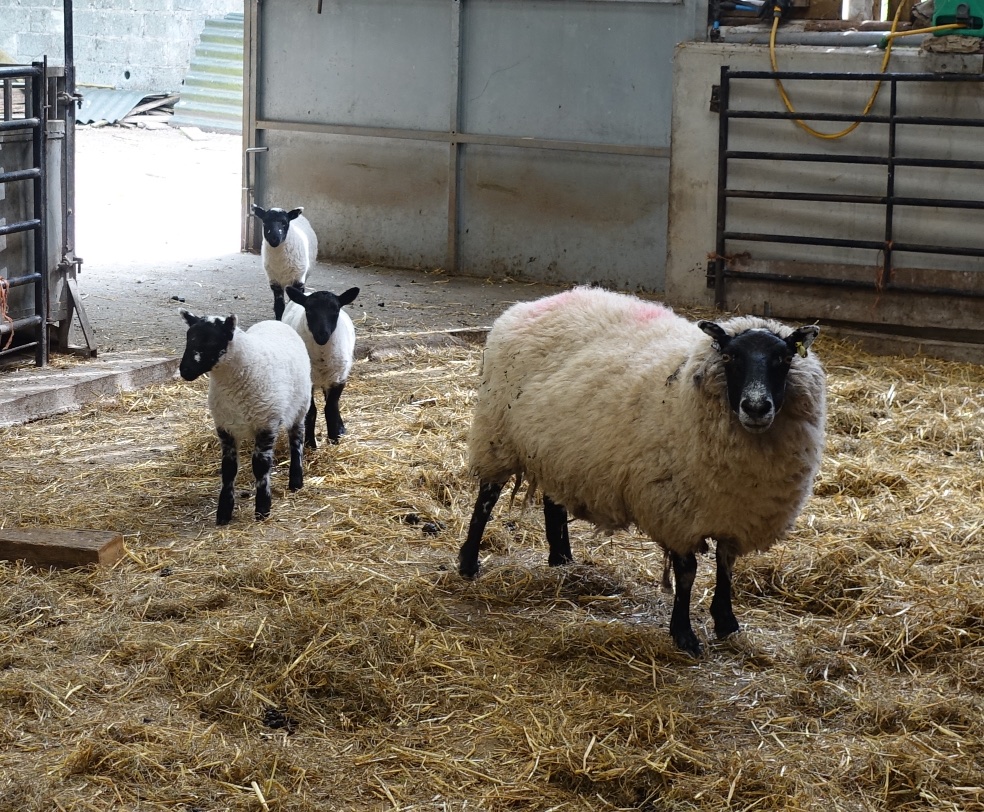 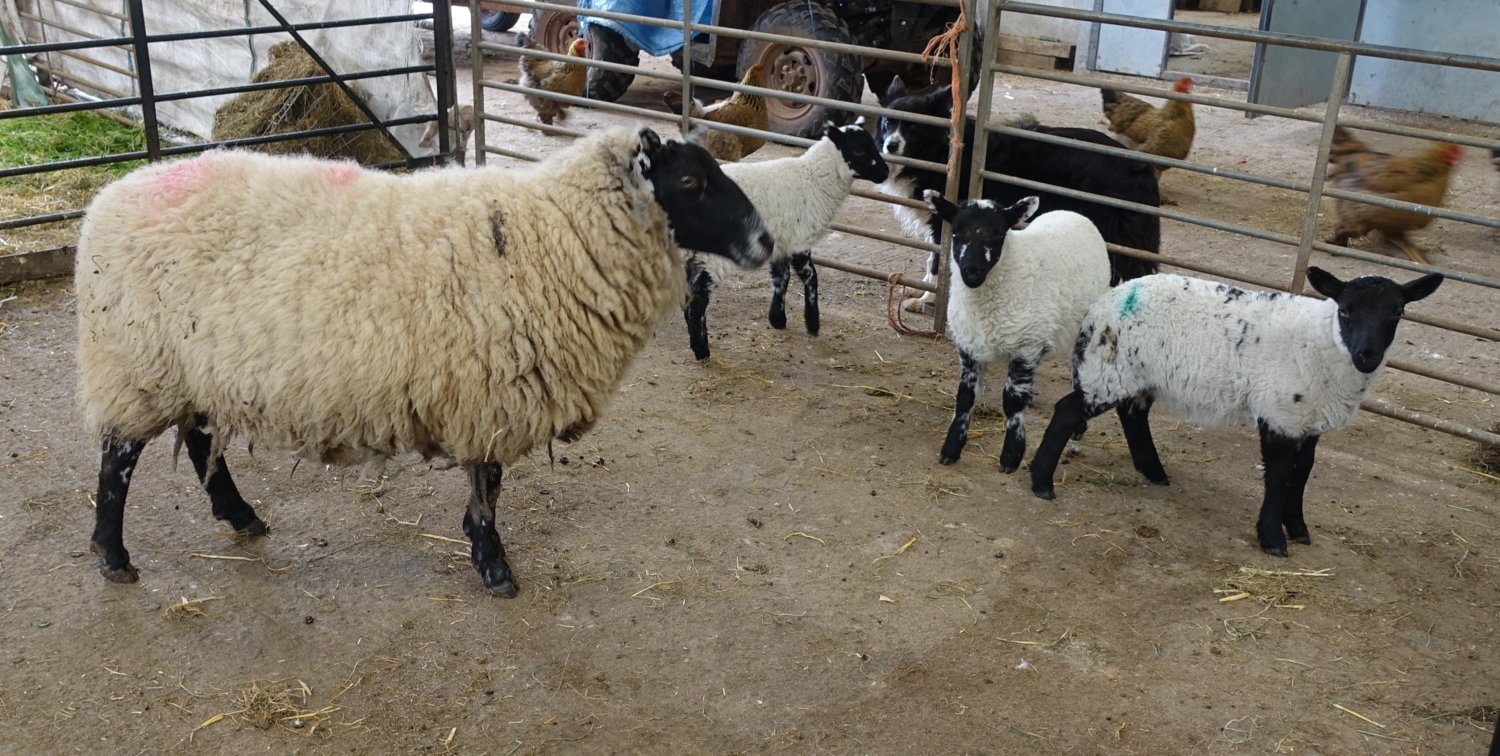 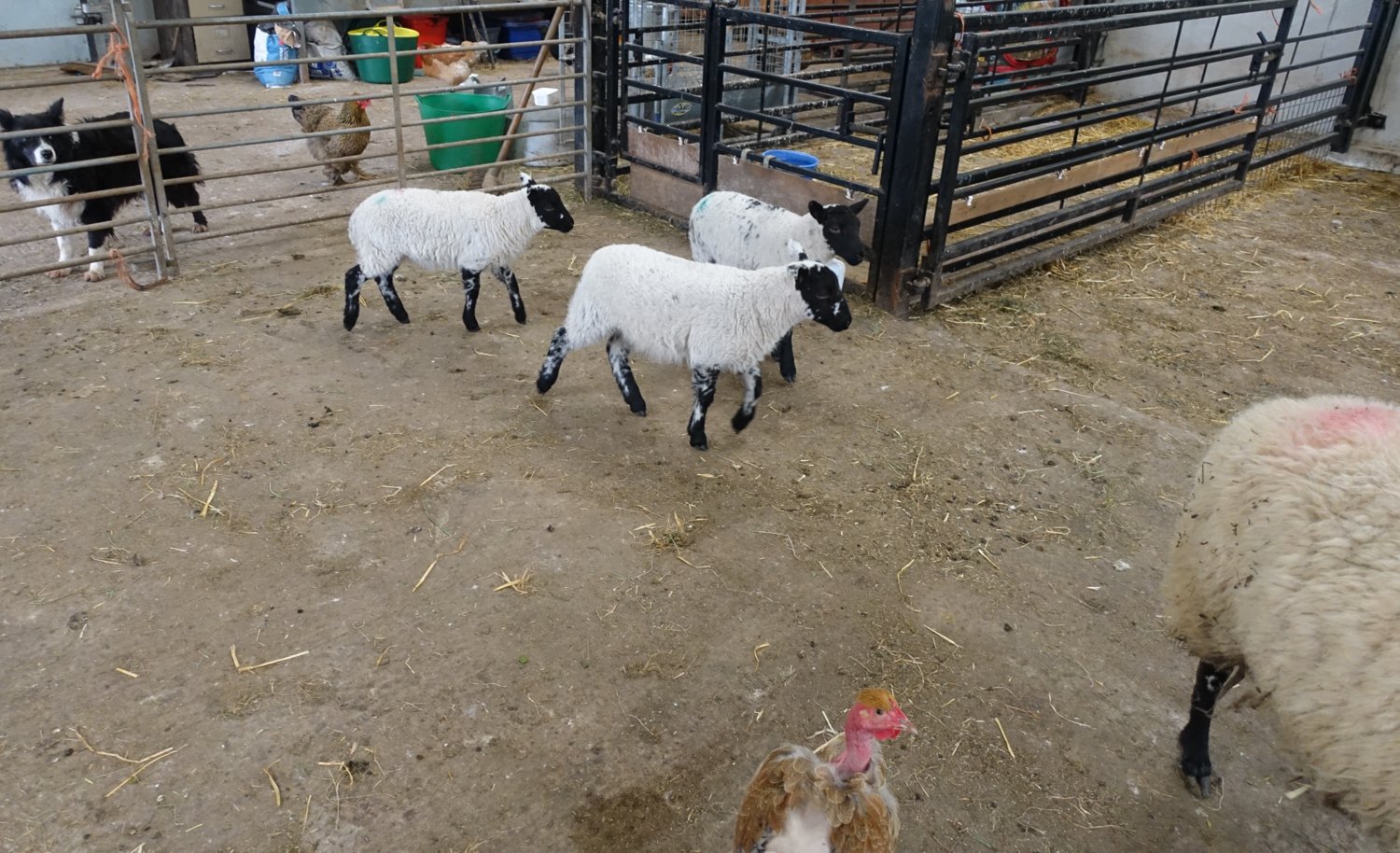 She's been a good mum and they still follow her around very closely. The lambs are growing well.
M

GREAT job by mom! Will she be retired or rebred? Sure seems that the unlimited feed has helped her thru this very well. Those lambs all look the same size now.

Mini Horses said:
Will she be retired or rebred?
Click to expand...

She is approaching 10, so I think it's time she retired. Probably by virtue of the fact that she has been separated from the rest of the flock in order to get uninterrupted access to food, she's looking quite chubby.
I really was quite fearful about her milk running out as she is so old and had fully intended to at least partially bottle feed the smallest, but that lamb (Ruby) had different ideas and would never take the bottle.Thankfully, that particular worry is now past.
And, Bay, you are SO right. These old ladies are often exemplary in their mothering. They mainly select themselves around here, though. I don't keep bad mothers or aggressive rams.

If you have to raise the lambs for the ewe, then what's the point of having them? And aggressive rams.....make nice ramburger. BWA-HA-HA-HA!
You must log in or register to reply here.
Share:
Reddit Pinterest Tumblr WhatsApp Email Link