Anyone else have property prone to Cocci?

Hey all,
I’m fairly new to goats (less than a year). Our property (according to the vet) is prone to coccidia. Flat, clay soil, lousy drainage - first round of goats had to get Corid for five days after having them for less than two months.
Then a few months later, when I finally got a vet out to the property (instead of taking one in), he put the whole herd (kids and adults both) on medicated feed for two months to get it under control. (Yep, it came back.)
We will have our first kidding in mid to late February, and I’m concerned about spring. While February and March CAN be plenty cold, April and May turn our place into a swamp!
We want to milk the does when the kids reach 8 weeks, but not if everyone is battling cocci! Nor do we want to be reliant on chemical dewormers year round.
They have all been off the medicated feed for well over a month. Everyone seems very healthy, and in this last month I have switched them over to alfalfa pellets (Timothy for the boys) as I’d like to avoid grain if we can. (Gluten and other food sensitivities in the family)
I have been thinking of getting a hundred pounds of lespedenza pellets to feed freshened does until the ground starts to dry up in late spring.
Any other suggestions? I’m worried about new babies being in such cold wet conditions like we had this past year. I got our first goats in mid-March. It rained for the first week, then turned bitter cold for another week, then went back to raining for another week. This led to all five goats (four kids and one adult buck) to get cocci.
Granted, the new kids this spring will be nursing from mum, so that will help.
Does anyone else struggle with this? Any suggestions? I can’t afford the herbal wormer concoctions as well as the pellets, and the pellets seem the safer bet (more studies to support).
Thanks all!

Cocci lives in the ground, so if there you will see it flare. Deworming is not the same. Talk to your vet more!! You can put Corid in their water. If prone at your farm you may need to treat on a regular basis. Do you have pasture and can you rotate them thru a few areas? Did you sanitize their barn area? Do you use bedding? If so, fully replaced? These things can affect the level of contamination when treating and after, as it can destroy some exposure. The barns are normally where you find the highest levels, due to concentrated droppings with oocysts in droppings. If experienced in low volume they eventually build some immunity to the protozoan parasites. This can destroy their intestinal linings with high infestations.

A sulphonomide type drug given by mouth helps with the cocci and helps prevent a secondary bacterial infection. With young kids, they often are not eating and drinking enough to get sufficient dosage, due to nursing. Its a consideration. Definitely sanitize barns before kidding.

While grain is expensive and you may want to avoid it, if milking the does, you may have to feed it to keep them in condition. It takes more from their body to make milk than to grow a fetus.

Hope things go well for you.

I will definitely clean out their shelter again before kidding. Right now, the girls and boys have separate shelters (fiberglass silo tops), but we don’t have a barn, per se. The plan is to use livestock panels and/or gates and a tarp for temporary kidding pens as the babies come.
The barn we were to get this summer didn’t materialize for a number of factors, so it will be an upcoming summer project. In the meantime, the girls and boys have separate one acre ‘pastures’. We will be able to rotate them through smaller paddocks this coming spring, but right now they just get freedom to roam and eat as they like.
All have free access to an alfalfa/clover/grass hay mix and water, of course, along with loose goat minerals. Plus, the girls are each fed separately and get a scoop of alfalfa pellets. (Boys get Timothy in a communal trough.) I will certainly watch the does condition and add a concentrate ration if they need it once in milk. While avoiding grain would be ideal, I’m not going to make their bodies suffer for the sake of ours! Another month or so and I plan to start feeding them one by one on the milk stand so they get used to it and used to me handling udders, etc.
I see your point about the babies not eating enough lespedenza pellets for it to be helpful, but would it benefit the does? As long as babies are nursing they will hopefully be able to tolerate any exposure with Mom’s antibodies.
Maybe I am overreacting and it won’t be a huge problem. I feel as if it was a stressful year for the goats - lots of shuffling of animals, and gaining/losing animals, and changing of routines as we figured out what the heck we were doing. (Newbies, Haha!) I think part of me is bracing for the worst.
M

A light bleach solution sprayed in and around helps stave off a lot of issues.😁

I haven't had a Coccidia problem since I started using Toltrazuril. You give it to kids at 3, 6, and 9 weeks. Some folks do another dose at 12 weeks, but I haven't seen the need. It's expensive. But, it's simple to use and it's the best thing I've EVER used for coccidia. 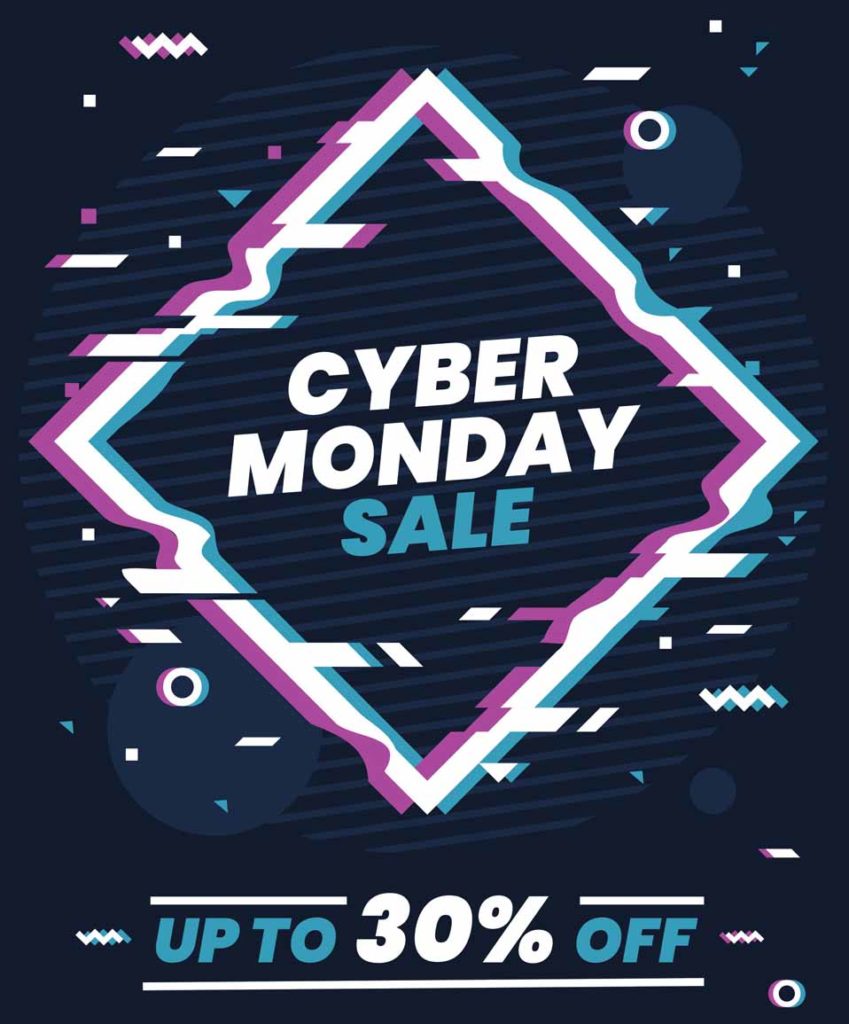 Horse Prerace has products to keep your horse or animal healthy and performing well, with supplements, vitamins, and minerals.
horseprerace.com

How do you administer...sub q shot or?

Mini Horses said:
How do you administer...sub q shot or?
Click to expand...

It's oral! And, the babies like the taste and will usually suck it right out of the syringe.

Surprise! Went out late in the afternoon to find my oldest doe standing in the pen with twins!
I had wondered when I bought her in July if she were pregnant. My goat mentor couldn’t tell for sure, but didn’t think it likely. I DID see her udder swelling the past couple weeks, but I had also had her in with my bucks. Being a newbie, I figured it was akin to me getting pregnant and my bosom growing two sizes in the first two month!
We were totally unprepared! The doe did great - both babies were cleaned up and nearly dry when we found them. She passed the afterbirth just a short while after we got there.
We’ll get the extension cord we need to run a heat lamp warmer for the babies first thing in the morning. 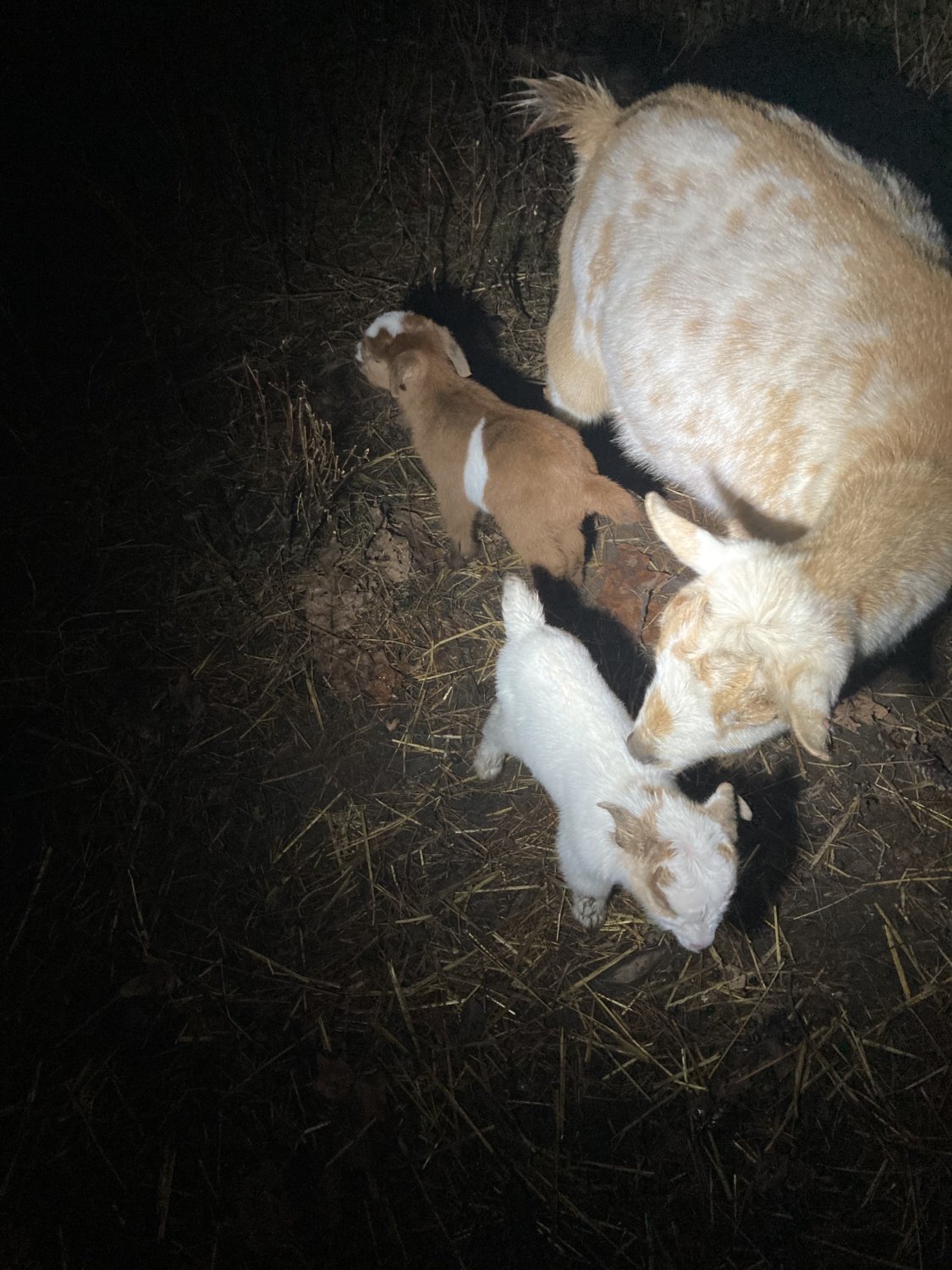 So excited! But also a little nervous. It’s supposed to be rainy and windy tonight. I hope they can all stay toasty enough!

Congratulations on the beautiful twins! Adorable! That’s a nice surprise! How cold will it get? Is the wind blocked?

I’ve never used a heat lamp on my lambs. My old barn was simply a roof, 20’x24’ off the side of a portable building, 3 sides open. There was a small 8’x8’ shelter under that roof, one side open, that was my first shelter. Ewes lambed in it, so I left it standing. Even in a freak snowstorm that lasted almost 2 weeks and got to -6F, I didn’t provide heat. I had 15 new baby lambs, and they all did fine. My only concession to the sub zero temperatures was to tie cardboard on one side to block the wind and to deep bed with hay every night.