Are we there yet

Second time lambing could be any time from now to another month. LOL First timers, particularly if young ewes, often only have singles, then increase to 2 the next year and so on. However, since she is carrying some fleece, the fleece could be putting up to 6" of girth on her. Even Dorpers that shed out carry fleece during the winter. I have had enormous ewes that give birth to singles and tiny ewes that produce huge twins! If you have a barn or shed where you can confine her, it will make it easier on you, but she will probably lamb just fine. They usually give birth just before dawn which is the safest time from predators, allowing the newborn a full 10-12 hours of daylight to get on its legs, nurse, and follow mam back into the flock. Daylight lambings and kiddings can be influenced by when you give the grain feed. My sheep used to lamb during the afternoon if I grained the ewes during the mid morning hours. Now we grain them at night when they come into the barn and we do the night feeds and they tend to lamb in the pre-dawn hours. Most of my daytime or afternoon lambings have been when I have to pull lambs from a mama who has probably been in labor since early morning. Ewes have been known to stop their labor for an hour or so if they have a problem, or are disturbed.

Since she won't go into a shed, or small pen, she will lamb in the pasture without any trouble, The only problem you might have is if it is pouring rain and she lambs in a deep puddle, the lamb could drown. Your grass looks good though, and will provide a clean lambing area for her. The best time to try to catch her quietly is right after she ambs since the baby cant run too fast. Don't catch her, catch the lamb and carry it slowly into the place you want to confine her. She will follow the lamb. If she twins, make sure you catch and carry both into the pen or she will stay with the other one. Unless she had trouble with the last lamb she shouldn't have any trouble with this lambing.

Don't let the numerous posts about difficult lambings and kiddings worry you. I have pulled hundreds of lambs and kids BUT it is because I have had an enormous number of lambings and kiddings with a lot of species IN OVER 30 YEARS. As a 4-H leader everyone in the neighborhood called me to help them with difficult births since getting the vet for that was often too time consuming. I even had to pull a foal for my neighbor one year!

RELAX and look forward to the morning when you come out and see one or two lambs nursing happily and wagging their tails as they do!

Help! Lol we only have the two sheep. He won’t leave her side and she has finally started labor. Lost her plug. Do I need to separate them? He is being very close and protective of her. 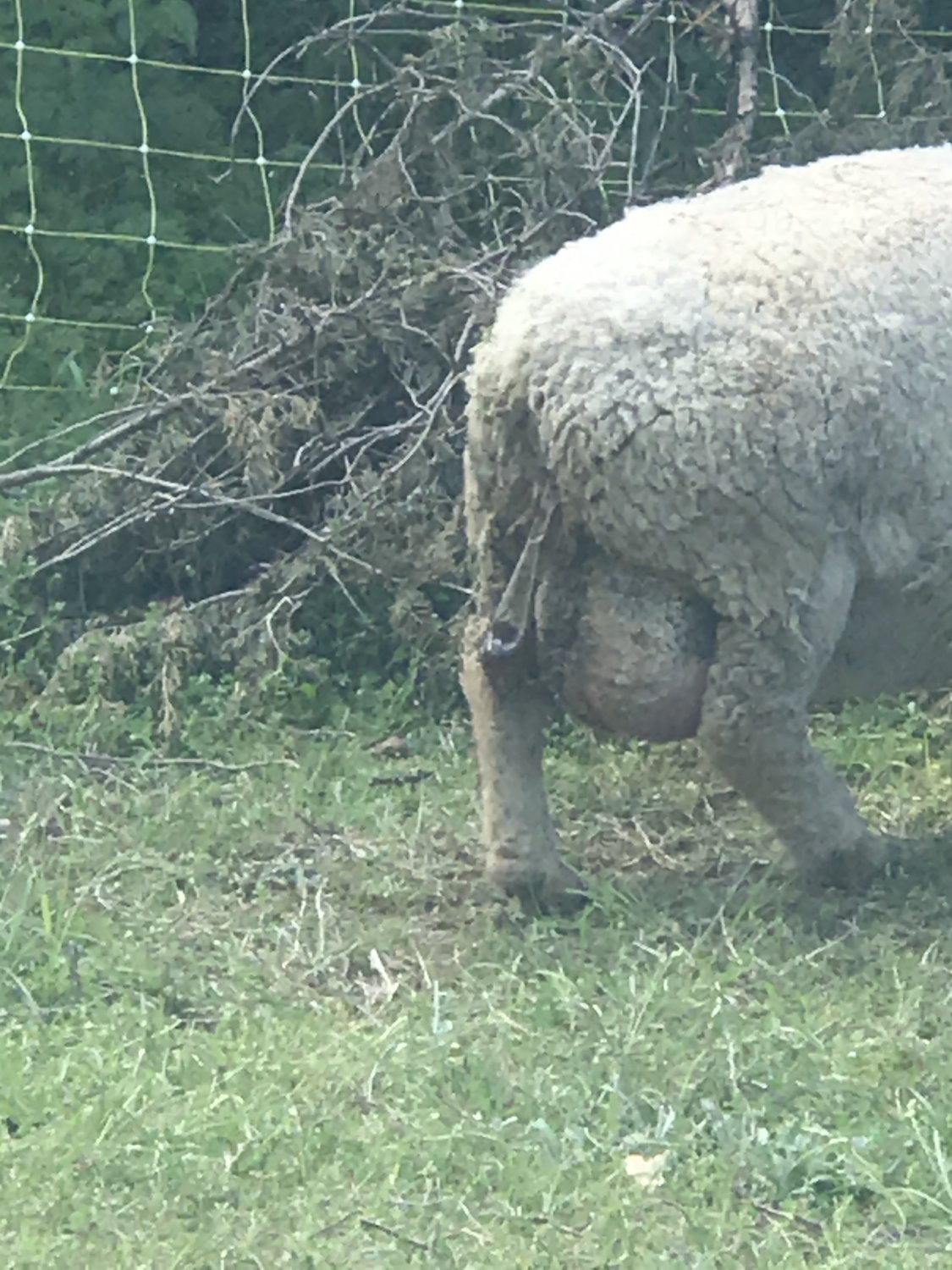 Yes separate them immediately. I assume the other one is a ram? If so, the birthing smell can mimic estrus and he might want to breed her or try to push away the lamb. In any event, he will be in the way! Especially if she needs help. He can rejoin her when the lamb is about 2 weeks to a month old if he doesn't bother the lamb. Can't wait to see pix of babies!

We have 2 healthy lambs! A ram and a ewe! So excited thank you for all your help guys!

Congratulations! You are now an official Sheep Mom!

Ok now I have been trying to figure out for months what vaccines to give these little lambs. What should I give them?

CD&T is all I do unless sheep are going to a show or exhibition and then they also get rabies shots.