Soooo true! A goat remembers! If a broken link, just call for feed and they'll rush back in thru the escape route. Fun part is watching them RUN to escape next day and find it gone.

Baymule said:
I’ve been a member here for, let’s see….at least 10 years and have never kept a journal.
Click to expand...

Yes, but you had a ton of great threads! I still just lurk

The floors and walls look like they are in great shape. Just a little dusty. I am sure you will have it in tip top shape in no time.

Are those drapes or shower curtains you have on the windows?

HomeOnTheRange said:
Yes, but you had a ton of great threads! I still just lurk

The floors and walls look like they are in great shape. Just a little dusty. I am sure you will have it in tip top shape in no time.

Are those drapes or shower curtains you have on the windows?

You should post more! You always have something good to say.

Those are drapes. DD and family bought a house with those drapes in it. There are enough panels to put one over one window, not the greatest coverage, but it helps. They will do the 2 bedrooms I got done. Then there are the fuzzy dark navy drapes that are even uglier, if you can imagine that. There are enough of them to do the living area. Ghastly things!

I babysat my 2 little granddaughters last night, age 5and 6. DD bought tickets online to an animated movie, Encanto. After the movie, they played in the games arcade. They especially liked the ones where you sit in a seat and “drive” a race car. Then they played several rounds of air hockey. They were hungry so we went to eat.

I introduced them to the Waffle House. LOL
We got a booth and they were wound up and giggling. The 5 year old spied hash browns on another table and exclaimed “THEY HAVE MY FAVORITE FOOD HERE!!” I asked her what was her favorite food and she could not find the right words. After several tries, she called them stringy potatoes. I said “Hash browns?” She bounced up and down yelling YEAH! YEAH! YEAH!

They were wound up like a toy clock, chattering away, loud, examining the color pictures on the menu. 5 YO said the sunny side up eggs were rotten, 6 YO argued no they aren’t.

The waitress got a huge kick out of them and was very patient. The other waitress came over to talk to the girls too. The girls were having “Mamaw Time” because Mamaw let’s them do whatever they want.

We ate, girls each had a Sprite, laughed, talked and had a large time. They liked the Waffle House. The waitress complained to a couple of guys at the bar that a table had only left her 75 cents. She was upset. I called her to our table and handed her 10 dollars. She smiled and said a heartfelt thanks.

The girls had lots of fun and want to go back to the Waffle House. LOL

farmerjan said:
Gotta love the fences that you can only get out of but not back into. Cows seem to have that same problem.

Turkeys have this problem too.

That’s what I do.

Baymule said:
The girls were having “Mamaw Time” because Mamaw let’s them do whatever they want.
Click to expand...

Wonderful memories in the making!

Finnie said:
Turkeys have this problem too.

All birds have that problem. I have even seen robins walk a fence back and forth when they could simply fly over it. Recently I had a White-crowned sparrow that couldn't find its way back out of the open live trap that it walked into. The trap was open the whole time.

I found some treated posts, T-posts and a gate on Craigslist this morning. There was a shark feeding frenzy and I was last in line. But I’m still happy with what I got. 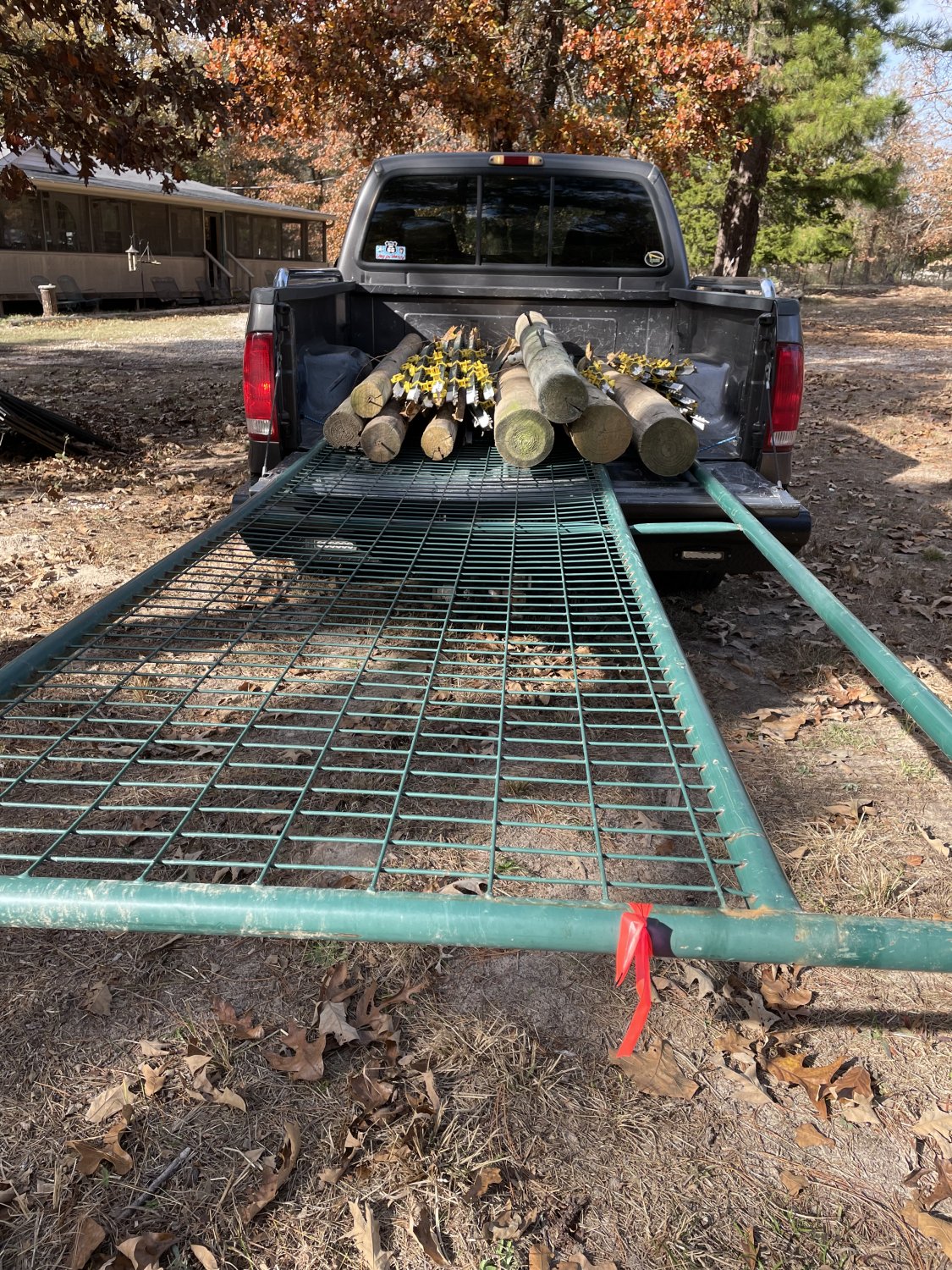 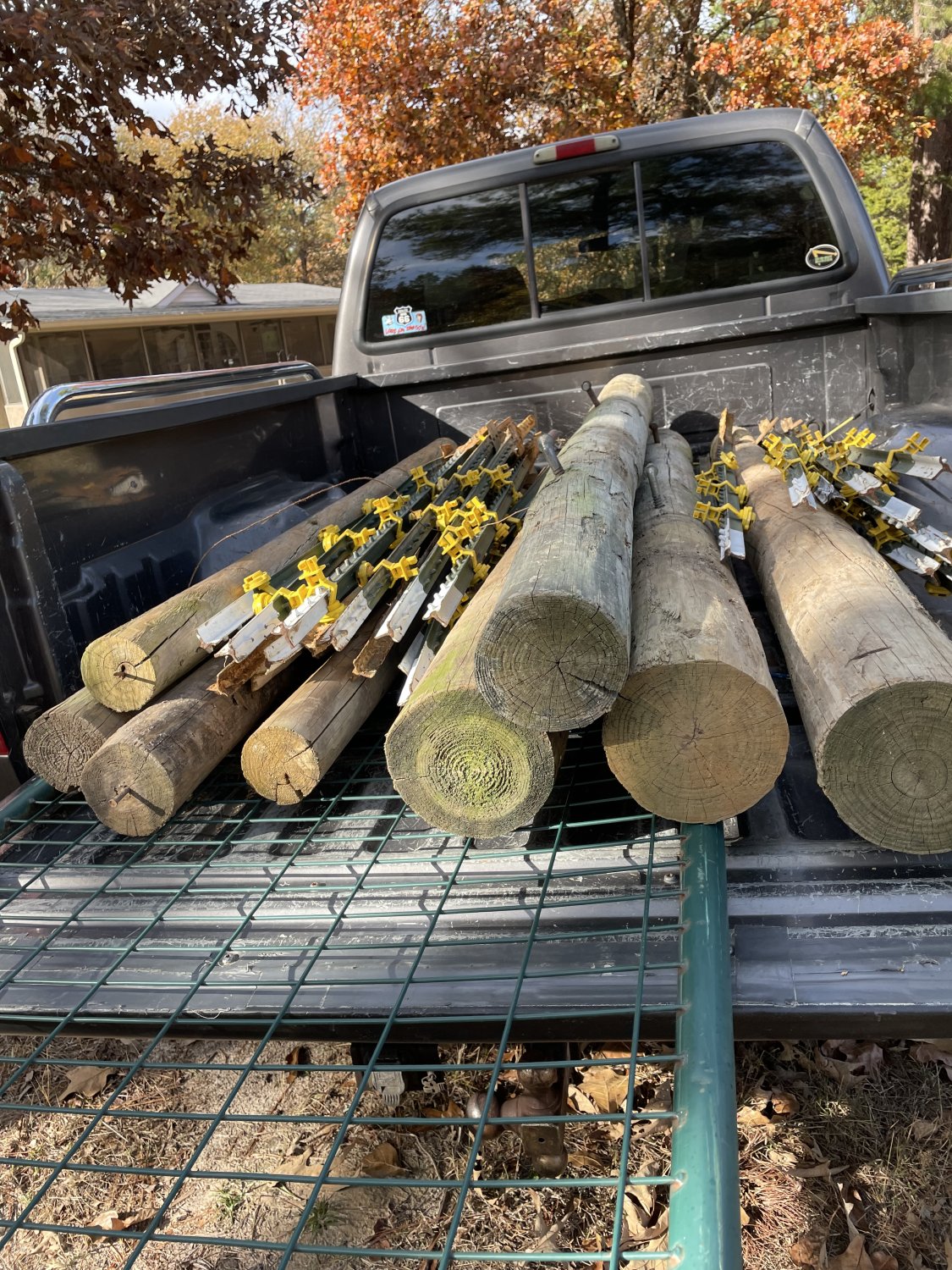 I have 2 unnamed daughters of Miranda. I finally came up with names for them, Nora and Nova. Their triplet sister was a bottle baby, her name is Tiny. Now I have them all named.