If you can get the pine bedding pellets fairly cheap, they absorb way better than pine chips, hay or straw. Follow directions on the bag for soaking them and spreading them to desired thickness for your stall's area.

"IT" happens... if you did the entire stall area, "slightly mounded" in the center, then the liquids would run outside the stall area. Not a "hill" in the middle, but maybe 1/2-1" higher than the outside edges (stall sized area, not the entire barn). If you were doing the whole barn, then the center might end up being several inches higher than by the outer barn walls. Once it packs down, you should have a much easier cleaning job as the moisture will wick into the ground and the bedding material will stay much drier and last longer.
M

Again, I have starting a new thread when this has great info but I have a clarification @Latestarter
I finally got some gravel and am getting some sand delivered as well. If I dug out the area that is nasty in the stall and put a mixture of sand/crushed gravel along with some lime would that takes care of the problem if it was well graded?

I should think so... The lime will neutralize the acid and "sweeten" the air some. I'd put the sand down first as if you put the gravel down first, the sand will filter down in and fill the holes created by the gravel. Some of the gravel will obviously get pushed down into the sand but not near as bad as the other option. If a mixture, then just dump it and grade it. Should work well I'd think.
M

So after much exhausting work yesterday, myself and my children finally finished the work. 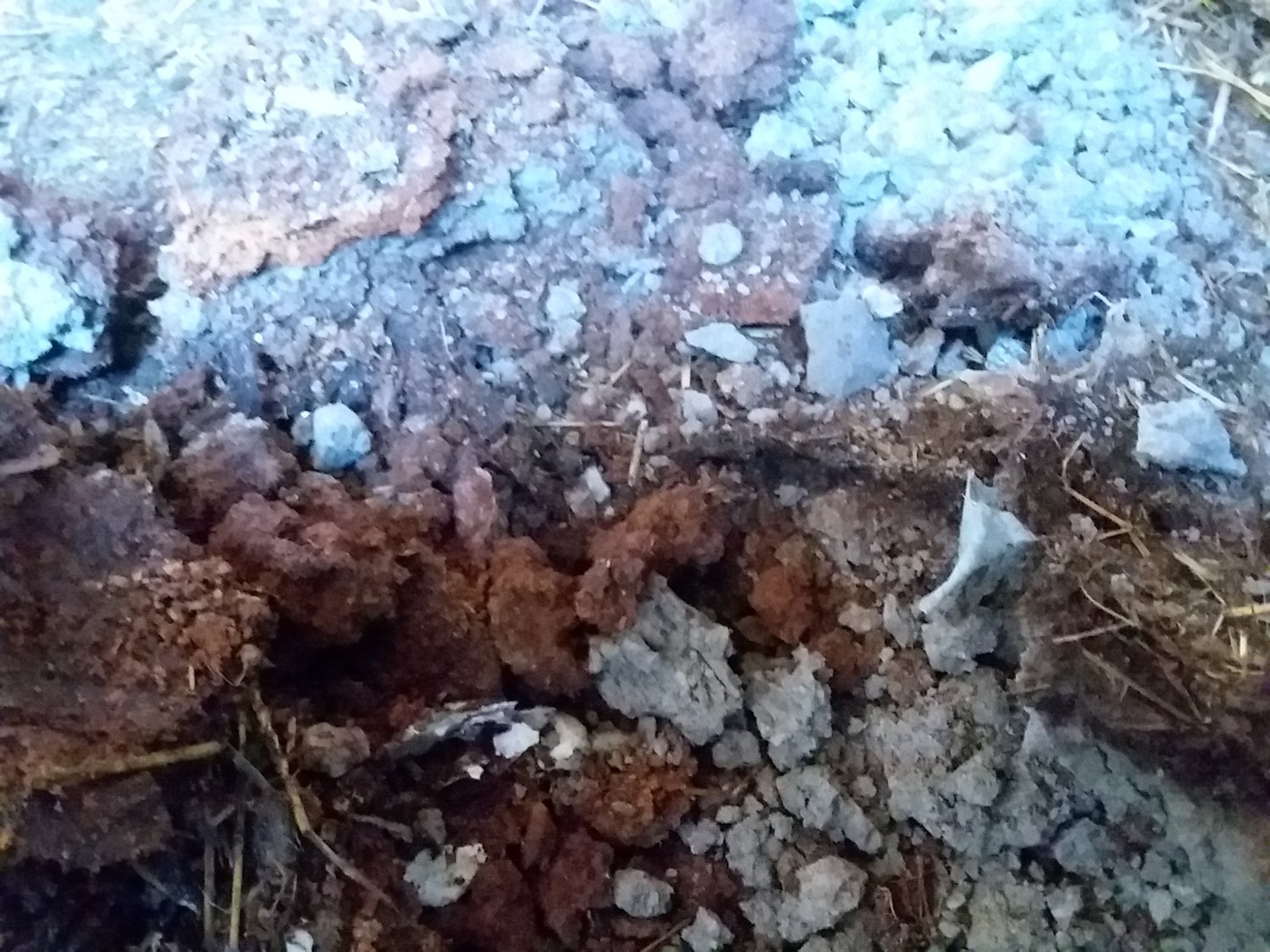 That was the existing dirt. Much clay and whatever that white stuff was. It wasn't rock because it crumbled just like dirt but I've never seen such unhealthy dirt in all my life. Another thing not pictured that didn't help drainage was the ton of bags previous occupants had buried in there. Made it even more difficult to use a spade to dig when you would hit bag which blunts your force. Porch fork was the way to go for most of it. We dug down about 1 foot +. The area was about 8x8. 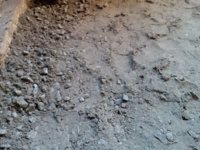 This was the aftermath of the work. We would take one part sand and one part crushed rock (give or take), pitch it into the bucket on the tractor, pour in a bit of lime, and then mix it all together with a pitch fork. Afterwards we would shovel what we just mixed out of the tractor bucket and into the wheel barrow. From there it would be dumped into the stall where my sweet daughter used the garden take to smooth it out. Good bless that 9 year olds soul. She did a better job than I ever could have.

After 7 hours of digging, mixing and pouring, we finished. I threw some hay on top of it since we unfortunately don't have straw. Hopefully it'll make a difference. I stopped in a couple of weeks I'll know for sure.

It's now the next morning. I haven't been able to move from bed yet but those same children are running around like bowls full of energy. The resilience of children is the stuff of legend!