Guardian animals have been used by sheep and goat farmers for many years to deter predators. This purpose has been served by dogs, llamas, burros, and sometimes large-horned cattle. It can be any big animal that the livestock bonds with and feels safe with.

Guardian animals can discourage coyotes, the most common predator in most regions, but it is hard to guarantee livestock protection against large predators such as bears, wolves, or cougars. Your situation, livestock, terrain, and predators will determine whether you get guardians dogs, donkeys, or llamas. 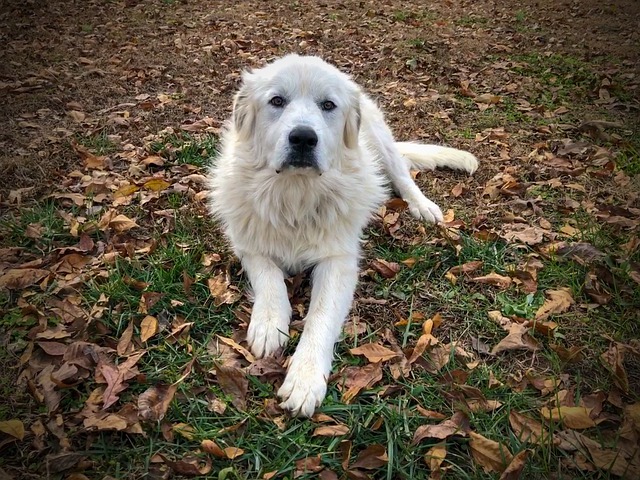 It is common for guardian dog breeds to be large, exceeding 100 pounds & unfriendly towards other dogs. This keeps stray dogs out of the flock, which is why they are called guard dogs. Their primary function is to detect & deter predators. It is generally safer for predators to avoid flocks that are guarded by dogs than to confront them.

Most widely used in North America is the Great Pyrenees, which is one of the most popular guardian dog breeds. In the mountains between Spain & France, this breed was originally bred by Basque shepherds. Although it is not aggressive toward people, its thick coat makes it unsuitable for warm, humid climates.

You may require a more aggressive breed if you raise livestock on a large pasture with many predators. In spite of its smaller size, the Turkish Akbash is considered the most aggressive & protective guard dog.

Turkey is also home to the Anatolian Shepherd. A large & imposing breed, it is extremely loyal to its herd, but can be unfriendly to humans. Due to their short hair, these dogs are able to withstand warmer weather.

Anatolian dogs, such as Kangals, are larger, faster, and fiercer in a fight than other breeds. They can fight wolves and big cats. It's normal for a large male Anatolian or Kangal to weigh 150-175 pounds.

Hungarian Komondors have long, heavy, felt-like cords of hair that protect them from the weather and wolves' bites. People just clip this thick coat because it requires lots of care. It's estimated that these dogs can easily weigh 80-100 pounds and stand up to 27 inches tall. There is a strong sense of protection and territoriality among them.

How To Raise Guardian Dogs​

No matter what breed the dog is, individual dogs differ, and some are more suitable for certain tasks than others. When starting a puppy, leave it with the flock at about 2 months old so it can build a bond with the livestock it will protect.

Dogs that guard livestock must live with them, not with you. The animals which they imprint on as pups are guarded and protected by them. Usually, puppies do not become effective guardians until they are between the ages of 12 and 24 months.

Barking & aggressive behavior intimidate predators, and they might attack them if they don't leave. Some stay with the livestock throughout the day, while others roam around the perimeter.

Guard dogs don't need much care, just more food (and food with more fat/energy) during cold weather. There are some people who provide self-feeders for their dogs. As guardians, these dogs typically remain outside regardless of weather conditions. 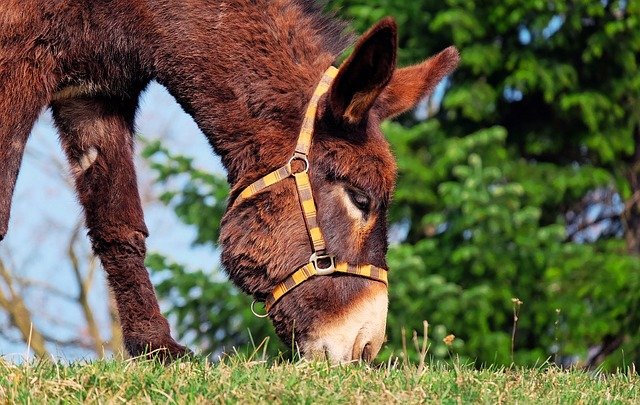 Dogs have the disadvantage of being expensive to feed. Donkeys eat what sheep and goats eat & are self-sufficient, unlike large dogs, which eat a lot of dog food. Also, donkeys live longer than dogs & can provide protection for 15+ years with good management.

A lush pasture or high-quality legume hay can make donkeys fat and an unhealthy body can lead to laminitis (inflammation of the lamina in the hoof, aka founder) or hyperlipaemia (hyperlipidemia). Besides good grass hay and regular vaccinations & dewormings, donkeys need the same basic care as equines.

Donkeys are able to deter predators by braying if they see or hear them. Predators often leave when they hear this loud noise. There's a lot of territoriality in donkeys, and they're aggressive toward dogs instinctively.

Intruders can be bitten, struck, kicked, and chased by donkeys as well. Donkeys' fight instincts are triggered faster because they live alone in the wild. Donkeys that bond to their flocks and stay with them are considered protectors by the flock members in the event of a predator approaching them.

Female donkeys with foals (under one-year-old) are the best guardians. Whenever there's a threat, they're on high alert. Foals raised with a flock are usually good protectors since they are so comfortable with their pasture companions.

There are certain donkeys that are not suitable for guarding livestock. A few of them are too aggressive toward the sheep. Males (jacks) are not recommended. 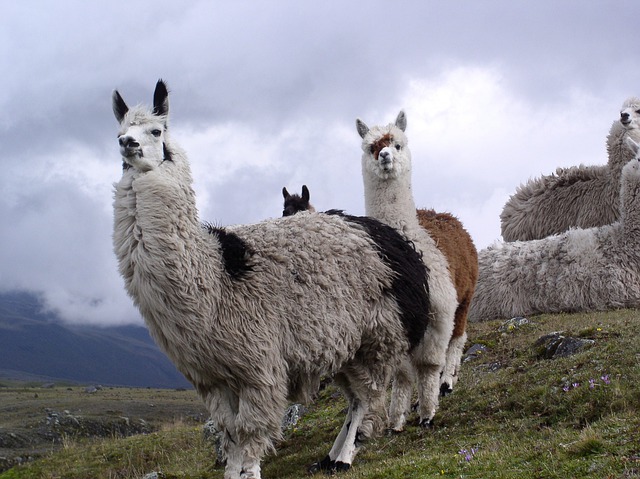 The animals tend to bond with llamas and stay with them, and they approach any predators that come near them. When this large, tall animal approaches a predator, it usually leaves. It is possible for llamas to guard for 15-20 years without requiring any special nutrition.

Llamas are readily accepted by livestock that fears dogs. Their calm and docile nature is another benefit. Due to their social nature, llamas can become livestock protectors.

When a llama sees a predator, it often screams and postures, spits, and moves towards it. Small predators may be charged, struck, or stomped by llamas. It is not uncommon for llamas to place themselves between a threat & their flock or to try to herd them away from the threat. A llama scans the surrounding area or patrols its territory to look for potential danger. Llamas might dissuade many predators near your home, but wolves and cougars won't be deterred.

A pack of coyotes or multiple dogs will be difficult to deter with a single llama.

There are some llamas that are not suitable for guarding livestock. There are some who ignore dogs. Some run away from dogs, making themselves vulnerable to attacks. It is difficult for immature llamas to guard effectively. Guard llamas can't be pets or pack animals because they must be on duty all the time.

Generally, females are the best. Regardless of whether they are gelded, male llamas may exhibit aggressive behavior or try to mate with sheep.

As a beginning future homesteader and new owner of 22 acres, in South Louisiana, this is one of my top prior learn about.

I plan to begin slowly acquiring livestock, beginning with chickens. I know I need, most likely a guard dog. I’m currently considering an Anatolian Shepherd. A local homesteader has a liter of pure bred Anatolian Shepherd puppies, from working parents. She has offered me the pick of the liter and recommends I get two, because of the size of my property. I have previous experiences with Great Pyrenees, from raising sheep in Missouri, decades ago. They’re amazing dogs and protectors. They’re also gentle giants an amazing with children. However it’s absolutely way to hot here for a Pyrenees. I know people who have them here, but I just can’t do that to these precious animals. We average 80+ temps for 9/10 months. Add to that 70/80 + % humidity 95% of the year. Our weather/climate sucks… so, I’ve been advised to get an Anatolian.

I’m not concerned with their size. We have cougars, panthers, bobcats, wild boar and alligators here. I Must have a big dog! But I’m not familiar with this particular breed. I have four year old triplets and one of them has Down syndrome. I will 100% teach them how to love, respect and properly care for the dog(s). Even my guy with DS will learn how to act around a dog (will be more of a challenge, but I’m up for the task). But I’ve read several different sites about the breed and some recommend them for small children and some do not. I feel like some of them don’t recommend them, b/c of their size vs a small child. My kids are rough and tough… pretty sure it’s a triplet thing. My guy with DS is unintentionally rough. He’s actually loving on you, but darn bear beating I you. He struggles with his sensory input. Because of this I need a big hardy dog who can take his tough love. *** I will not tolerate or ever allow him or any one to be mean to the dog. He’s the most kind child in the world, he just doesn’t understand how rough he is though.

So long story short, are these dogs good with children, especially a child with special needs? I kind of wan the dog to be his personal protector too! He does elope sometimes and to know the dog would be with him until we were able to reach him would give me a solid piece of mind. I would also like to have the dog trained to act as a service dog. I do believe all of this would only be possible if we start with a puppy.

But I know some dogs are just not good with kids and cannot really be trusted with them. This is my greatest concern… I would absolutely appreciate any input and knowledge form this group!!!