Y’all know I am a softie and have difficulty saying no...I’m now raising 3 kittens that were dropped in the storm last night.

They were soaking wet and cold when I got them. We dried them with towels that had been warmed in the dryer while they were en route to us. After they were mostly dry, we heated up some goat milk and syringe fed each one.

The kids thoroughly enjoyed holding a tiny kitten wrapped up in a hand towel and look forward to giving them a bottle.

We put them in a box with a heating pad on one end and covered the top with a towel. I fed them again before I went to bed but wasn’t sure that they’d make it through the night.

They are too little to be sure on genders yet but I think one is different from the other two. Lol. Time will tell on that one!

We were going to get a kitten for DD2 to go with the two we already have...one turned into 3. I’m not sure we will keep them all though. I’m not big on tiger/white cats and one is exactly that. Another is white with some tiger markings and the last is a solid brownish gray. I’ll keep the last one for sure.

I figured these little ones needed their own thread. DH is going to pick up some bottles after work today. I’ll also see if he can help me get some better individual pics. 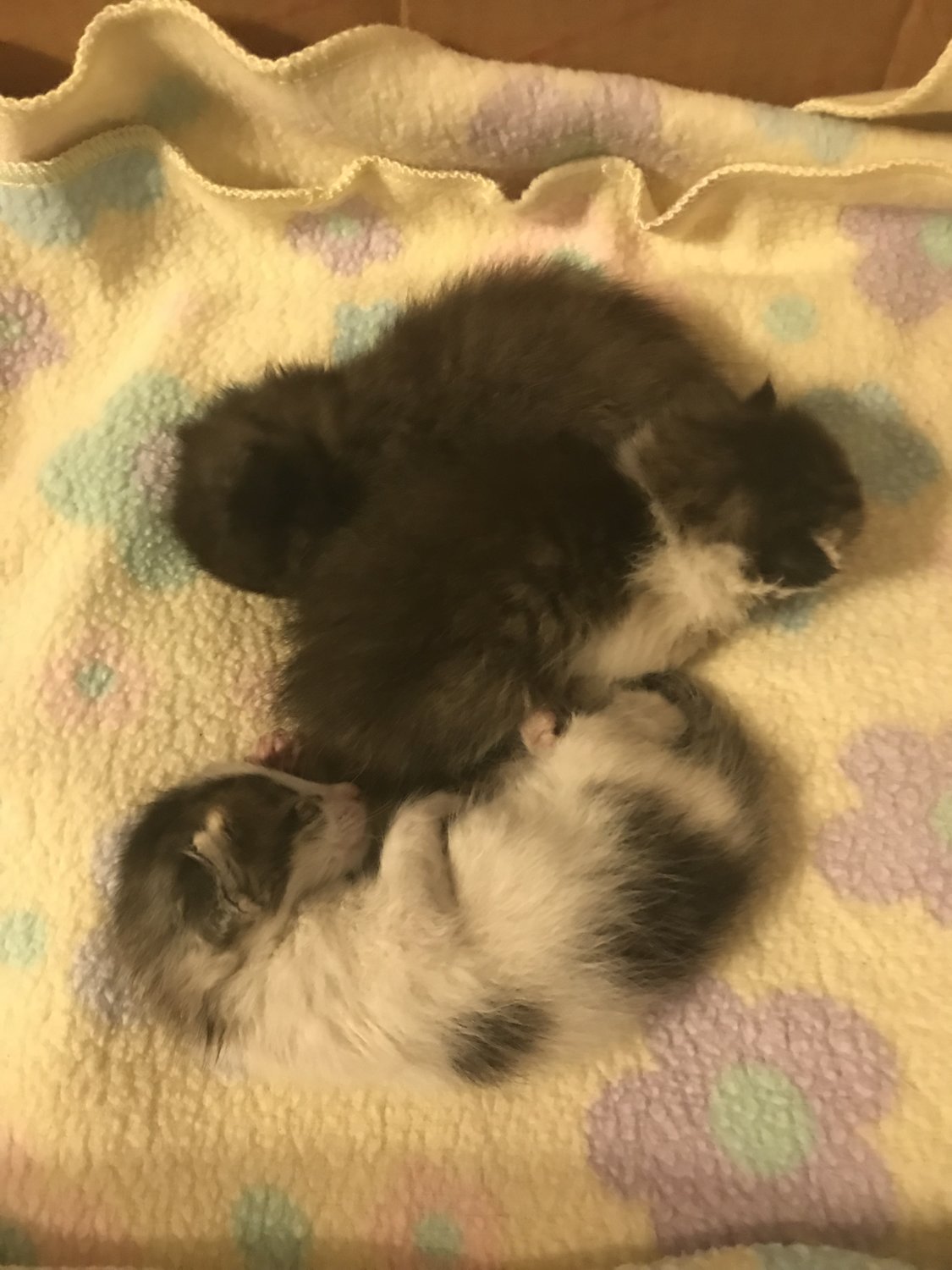 very cute...there must be kitten math too...

Hens and Roos said:
there must be kitten math too
Click to expand...

There are several good videos on YouTube about feeding baby kitties. I fed the ones I had for a few days some kitten milk replacer. You can get it at TSC. Good luck with the kitties. I would probably have kept the ones I fostered also but they already had a home to go to, just needed someone to keep them a few days, so I volunteered. Good luck with the babies. Im sure they will do just fine with you as thier foster mommy.

Ah, come on, love has no boundaries. It only grows and spreads... like warm sunshine after a rain.

(of course I'm not feeding what would be 13 cats... but I bet you don't have a rodent problem!)

This is awesome. My FFA chapter has had to raise two groups of strays kittens. You are making sure they use the bathroom Im sure? Its not the most fun but has to be done.

@luvmypets yep. Talk about interesting convo with the littles!

I LOVE bottle babies! Out of the 12 I bottle fed I only lost one. It was very weak when we got it and we didn't think it was going to make it. I had a litter of three that ended up with ringworm. That was awful! It was a good thing I was a vet tech so we treated them at no cost to me.