When I bought Thing 2, I was told he was about to release his coat. Sure enough, he did! Man, that stuff gets everywhere. But I think I figured out the plucking thing, and now I have a rabbit who looks smaller and much less scruffy, and a fair bit of angora fiber in the process of being turned into yarn. So fun! 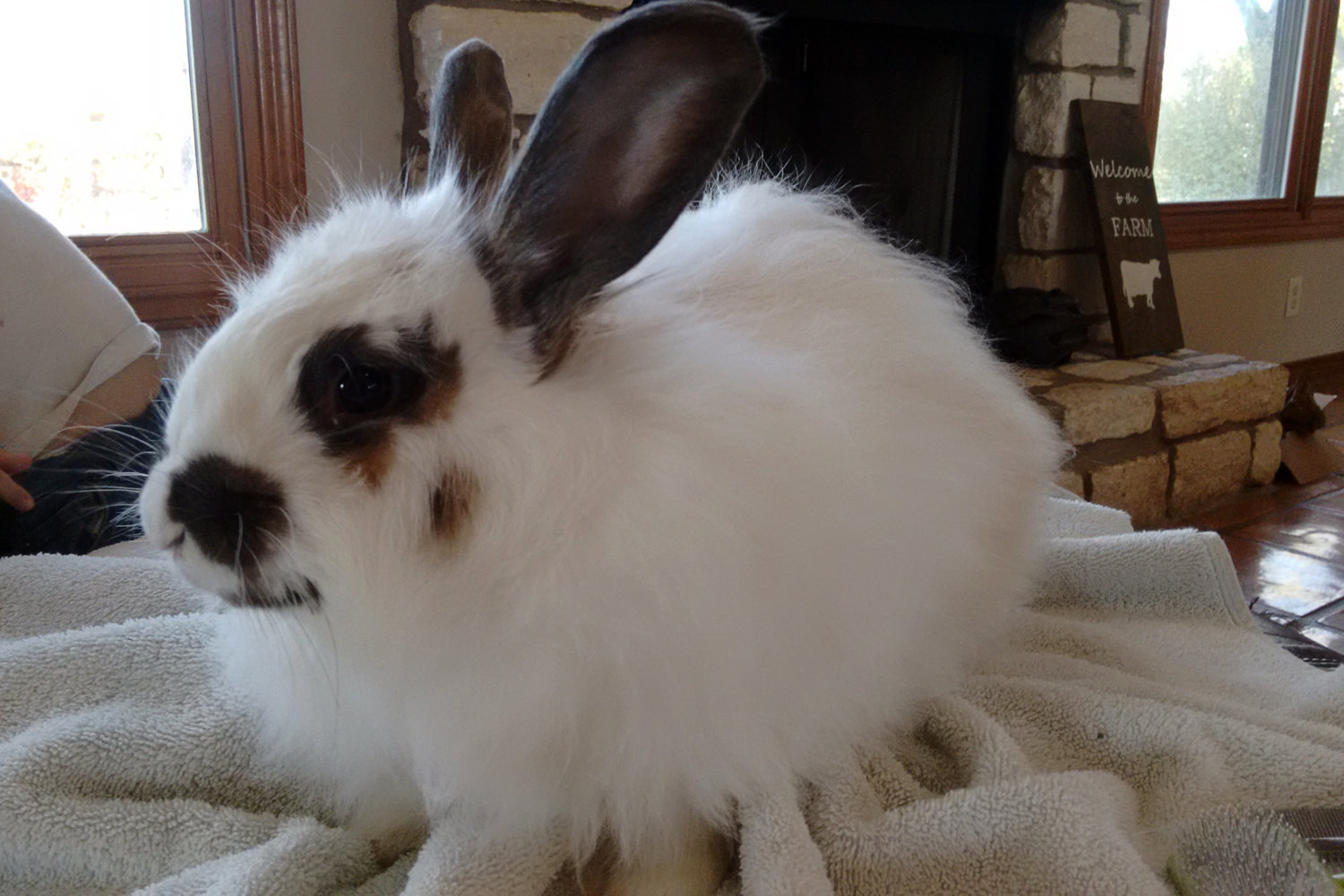 Not long after I got him, very fluffy!

De-fluffed and looking like a smaller rabbit. Isn't he handsome?? 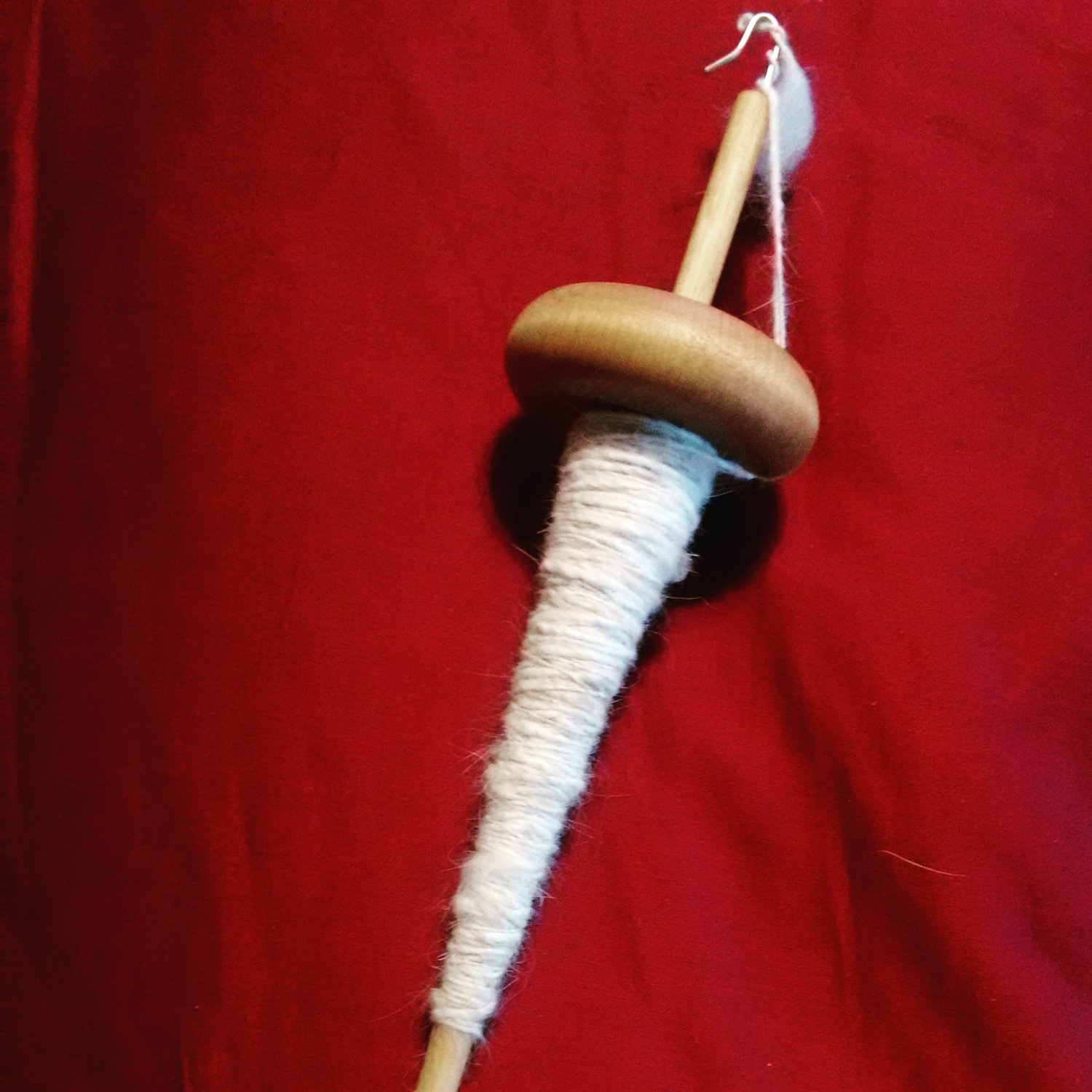 I'm slowly figuring out this drop spindle thing, which is not to say that I'm good at it yet. I'm starting to feel comfortable with it, though. I started with sub-prime fiber, the stuff I brushed off of him at the beginning, little lumps and all. I figured there was no sense in throwing it away when I could use it for practice to start getting the feel of angora. I actually like angora better than the "beginner-friendly" wool I got at the yarn shop. 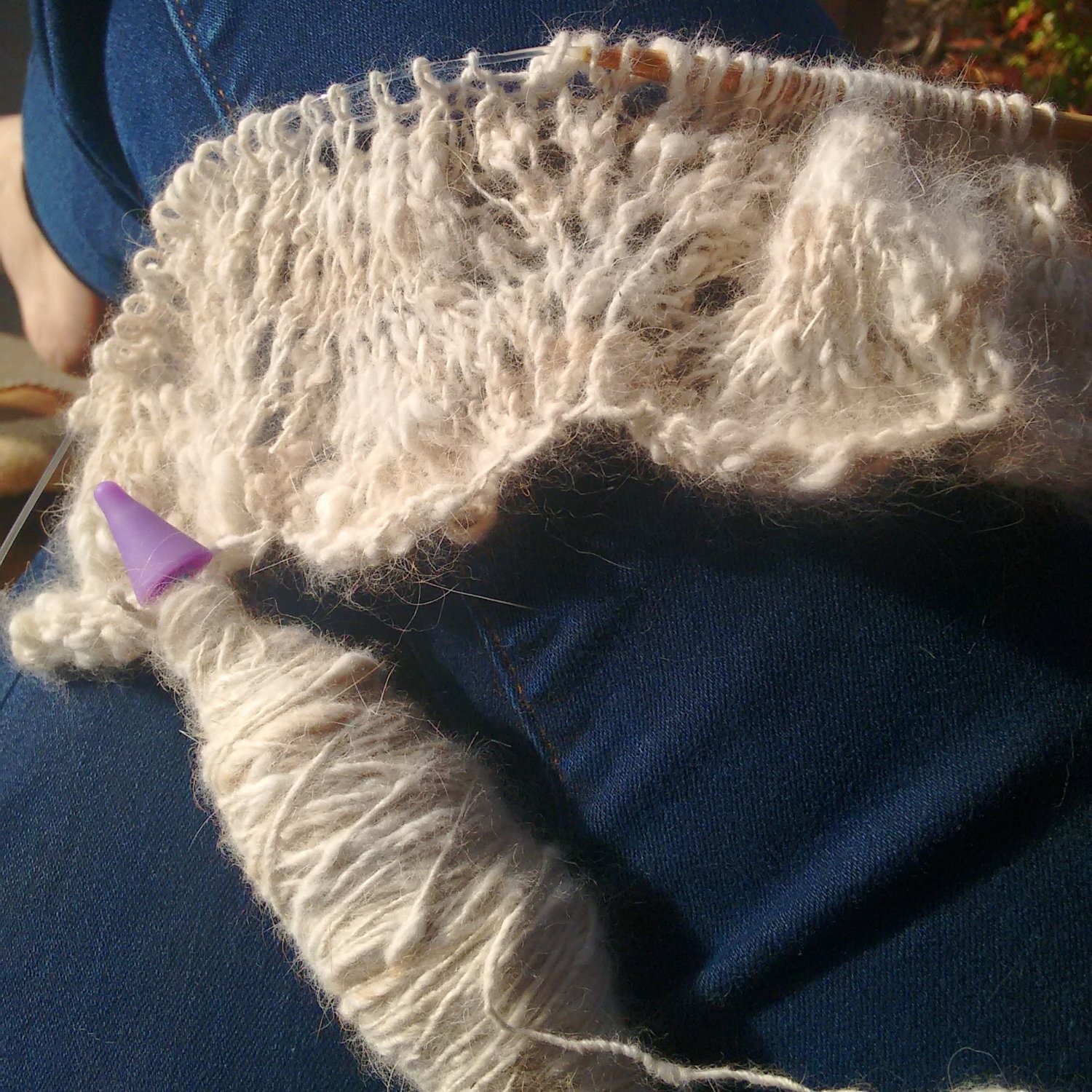 I decided to take my first batch of angora yarn -- all of it, even the lumpy stuff -- and make myself a scarf. In the future I'll probably look at blending it with wool, but I want this first yarn to go into something that's just Thing 2 and me. It won't be perfect (far from it) but I think it'll be a great memento of the start of this journey.

It's been a long time since I learned this stuff - I think the term for those lumps is "slubs." Kudos to you for what you've managed with the drop spindle! I have been meaning to learn how to use one for about 30 years, and haven't done it yet.

Slubs sounds right! I'm not picking up much of the technical terminology since I'm just messing around with it myself, but hopefully I'll get that eventually too. A spinning wheel would be really fun, but my budget is a drop spindle budget. Maybe someday. And in the meantime, I do love things that work simply. There's an elegance to that. There's not much that can go wrong with my drop spindle, in terms of adjustments or repairs! And it's very portable.