Duckfarmerpa1 said:
You know..you’re like the only person who actually knew what I meant about my tendon...most people have no clue because it’s a rare injure altogether...take care down there!!
Click to expand...

It is rare - and to try to explain to people why you walked like a drunk person got old, lol. For at least 6 months I couldn't walk on unlevel ground because there was no stability and I rolled that ankle 3 or 4 more times before I learned to deal with it. Wraps, sports tape, and boots (in places that boots weren't acceptable) saved me!

Glad yours worked out so well!

So here’s how our farm blew up..... I was know in our area...as the Crazy duck lady..by that I mean..people would no longer want their ducks..so I would take them..at one point I had 51 ducks! So, the guy at the feed store..just where we buy veggies and plants...knows this. So, this other guy called him about ducklings who were falling through floor boards of this dumpy duck house. The guy was caring for animals on a farm for a friend who went to jail for neglect of those animals!! The ducklings were about a day or two. So the feed store guy gave Lou my name. We went up to the farm and got the ducklings, of course. While we were there we saw the horrible wreck of a 1 acre,steep hillside..not what you’d ever call a farm. Broken hutches for tons of caged up animals...it was awful. Lou had just released 30 rabbits from hutches....ugh!! They were too much to care for and he thought they’d be better of...ugh. We saw a bunch dead on the roads. . Plus there were many cats around. Plus, there were babies he let loose. But, anyways, he didn’t know...he s we could catch them and take those too. We spent a few hours trying. We caught 3 that day..and a lot of bruises. During this, we saw that the farmer was a terrible hoarder...and he had a lot of discarded materials for farm stuff. He also a had a car sized stack of pop bottle that he intended to take to NY and get $0.05 apiece...hmmm. Anyways..Lou said we should talk to the children about taking the adult ducks, and any other animals be at get guy was going to be in jail for 2 years and he is broke. So, we did. The animals had never had human contact. Much to my surprise..Chris wanted the goats and pot belly pigs!! I was thrilled!! We also took 13 chickens and Spike...hmmm. There were 6 peacocks in a 4x6 cage...so stressed that their feathers were picked terrible. There were 14 beagles. Poop never cleaned. We got the adult ducks. One had no foot from getting stuck between the broken floor boards. One had a prolapsed dinger...I helped that and he is fine..all three needed serious nail trimming immediately...which I’ve never seen on ducks. But the pen was so tiny, they couldn’t walk. We got 3 more rabbits that day too. There were pheasants and giunea hens...sooo much I can’t remember. Lou said the house inside was a hoarder mess and had a part missing a leg. We went home and took that week to build a farm...wow did we work!! It wasn’t perfect when we got the animals, but it was safe, and it was a start. They were going to be cared for and loved and fed and have clean water, and no more worms, etc!! There were 7 ducklings..2 died...they were call ducks...that was tough. I nursed the one..the other just died in the cage. Apparently they are very fragile. But that is the story of how..our little farm exploded!! And it’s grown bigger even more since...but not so fast...just at a normal pace..

The animals are happy now. You should’ve seen when we went to get the goats and pigs! The guys had to use ropes and boards...Chris put the pigs on a sled, since the hill was sooo steep, and they were not walking! It was really hard work with the goats. Stormy is still a little skittish, but we’re getting there. When she came..we’ll, they both had harnesses on. She had grown into hers. It was digging into her face. It’s still left a mark there, but the hair is slowly growing back. . jumbo’s tusks were growing into his face! Chris had to use a hacksaw...I know , I know...not the best way to do it...but it was urgent...he took 2” off the left and 3” off the right! 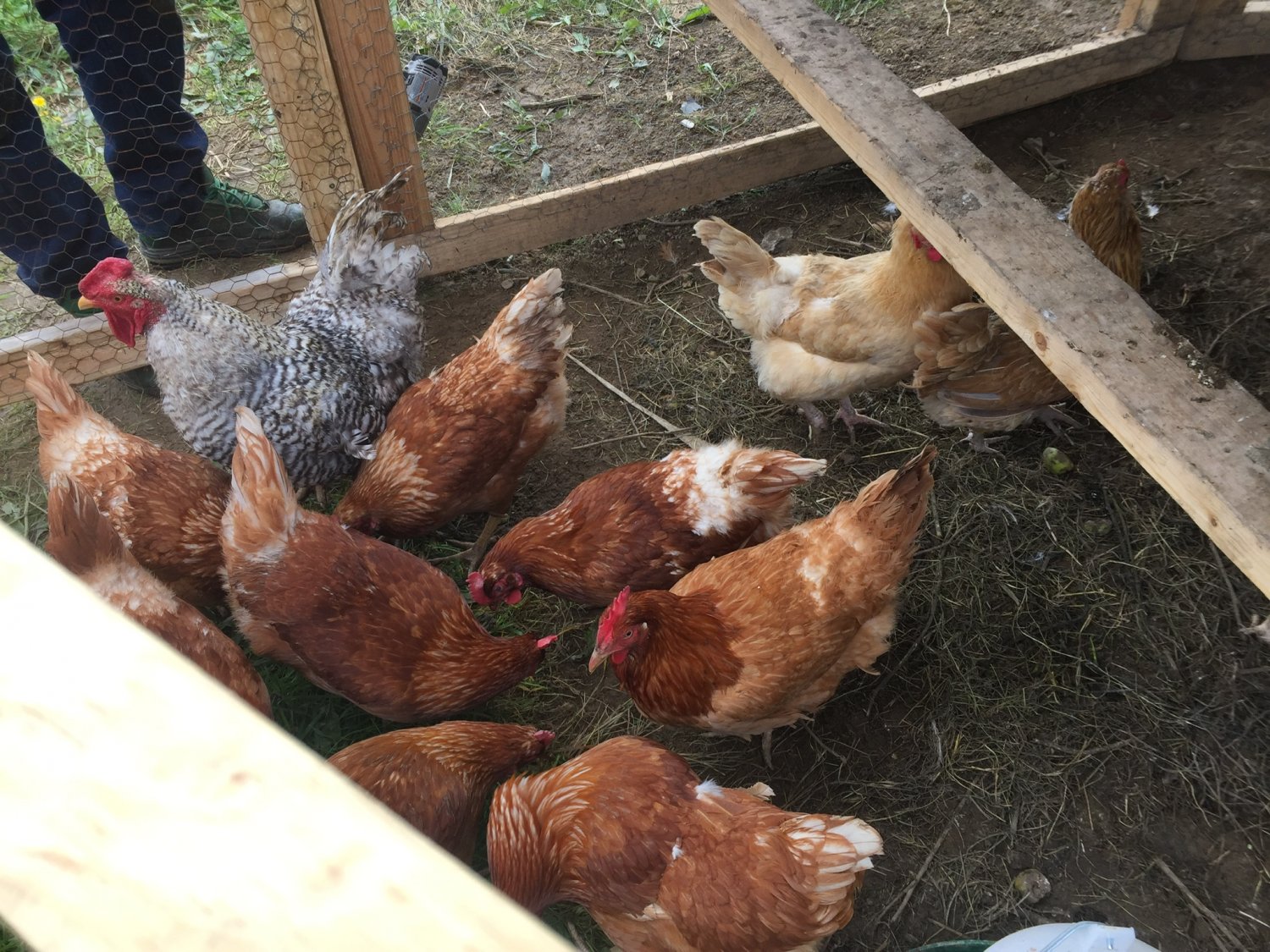 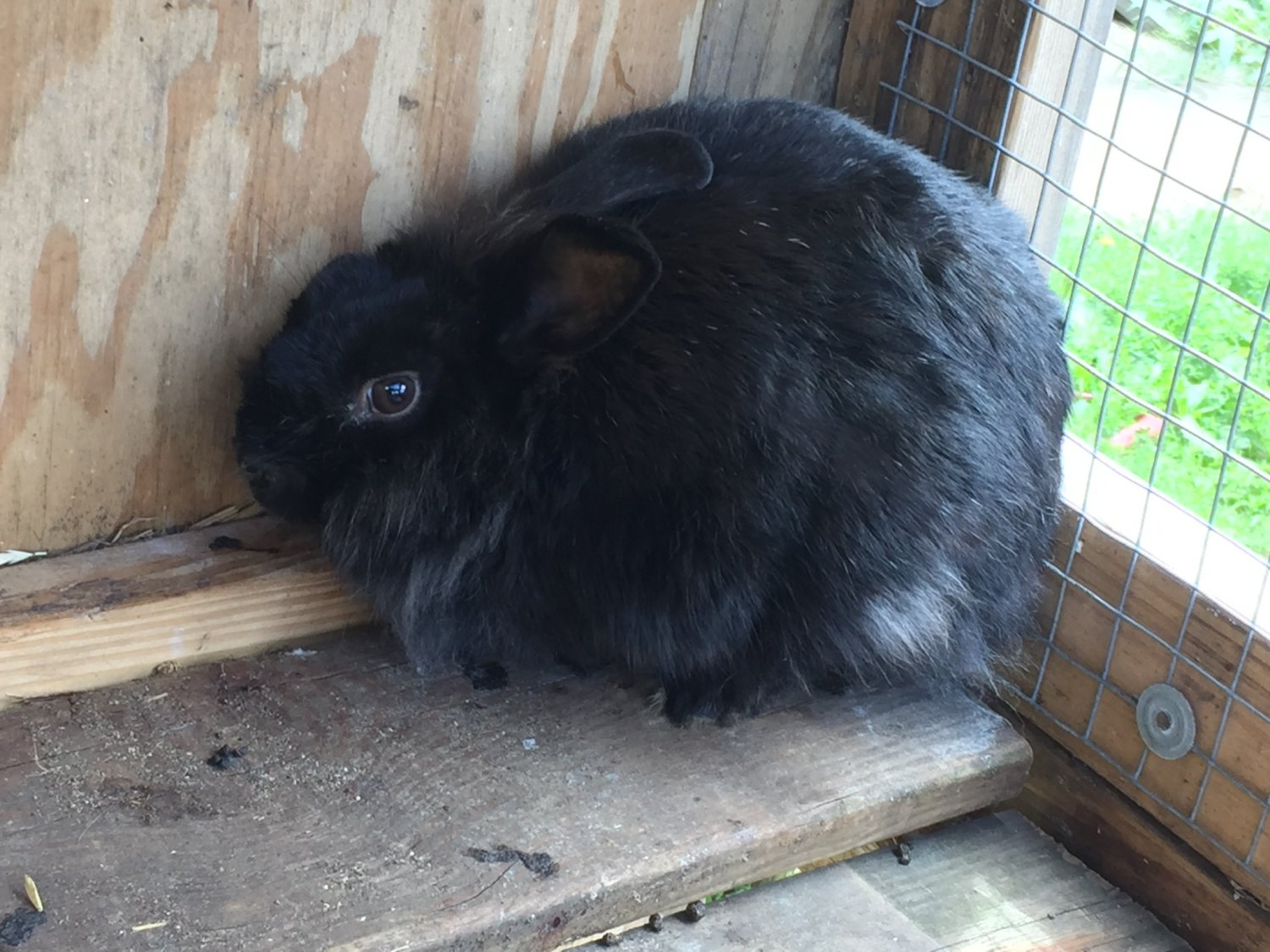 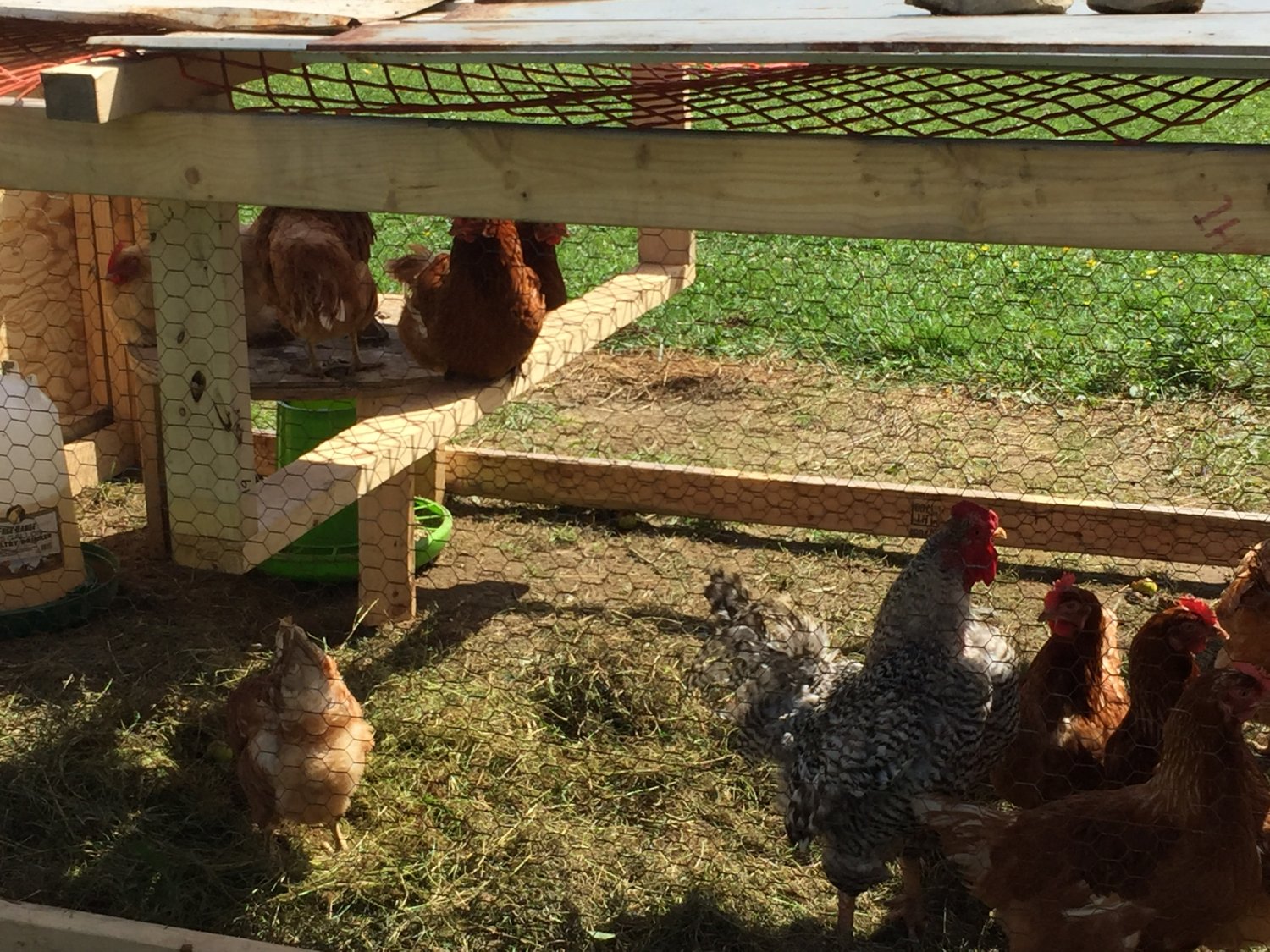 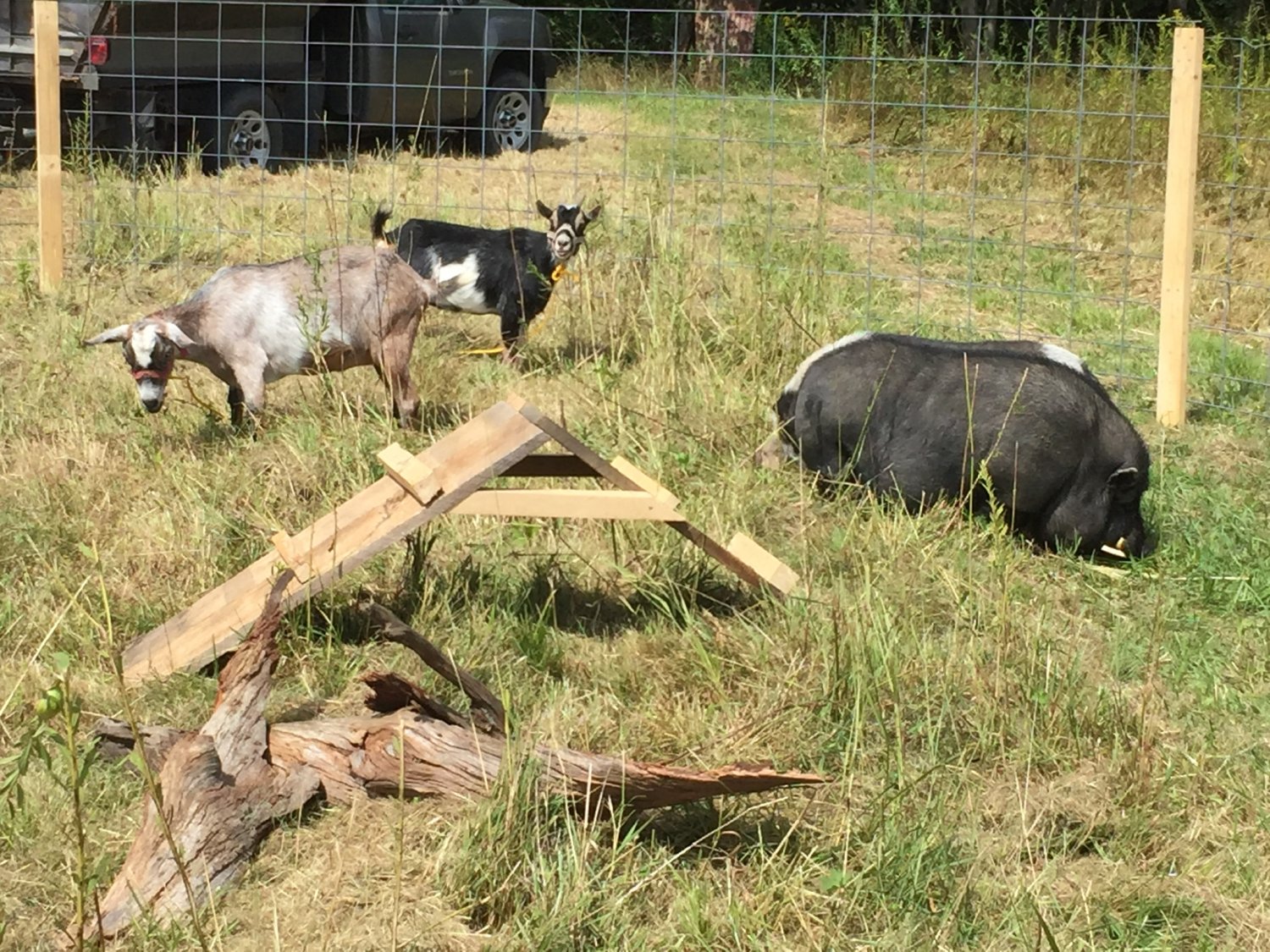 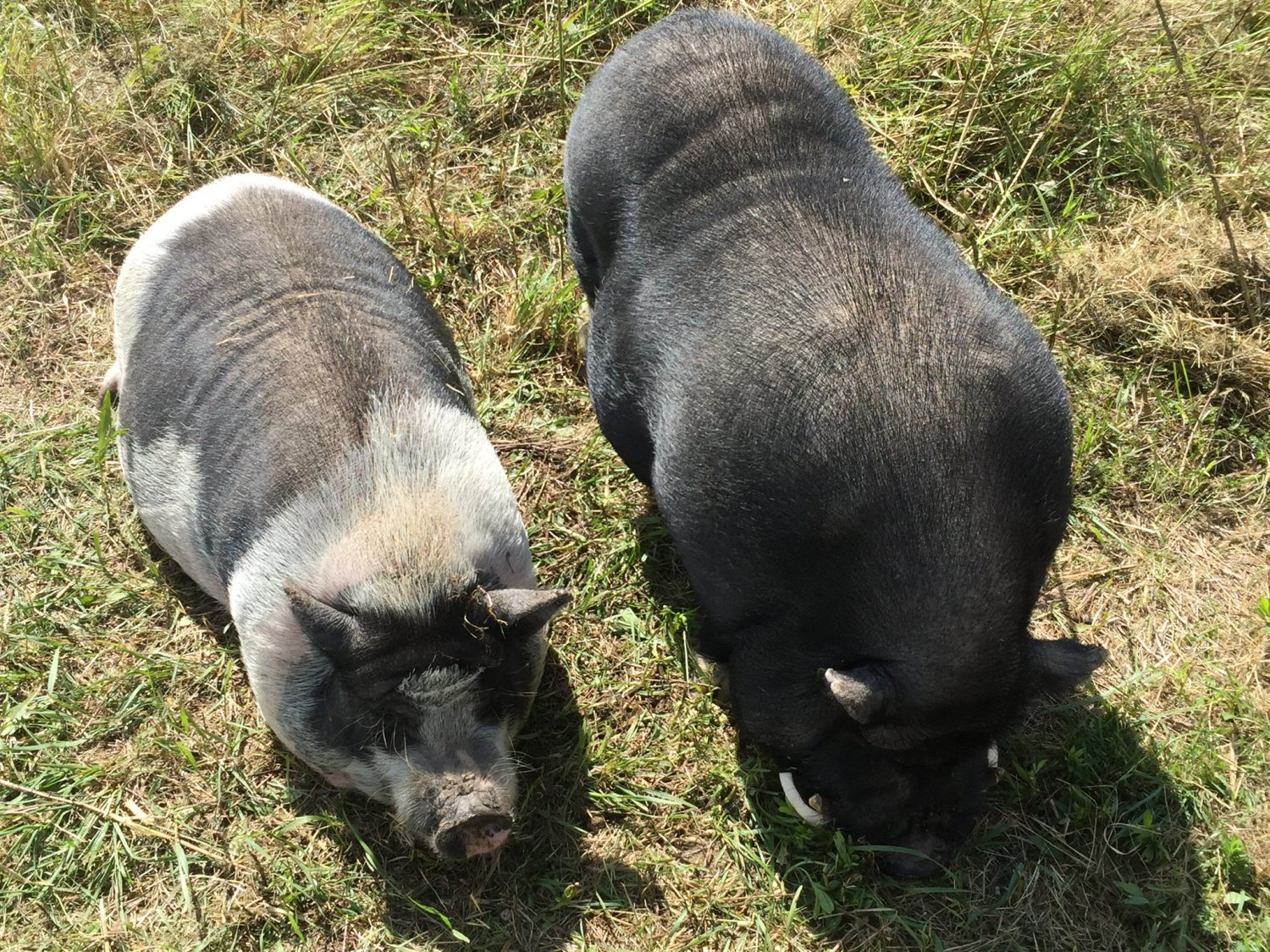 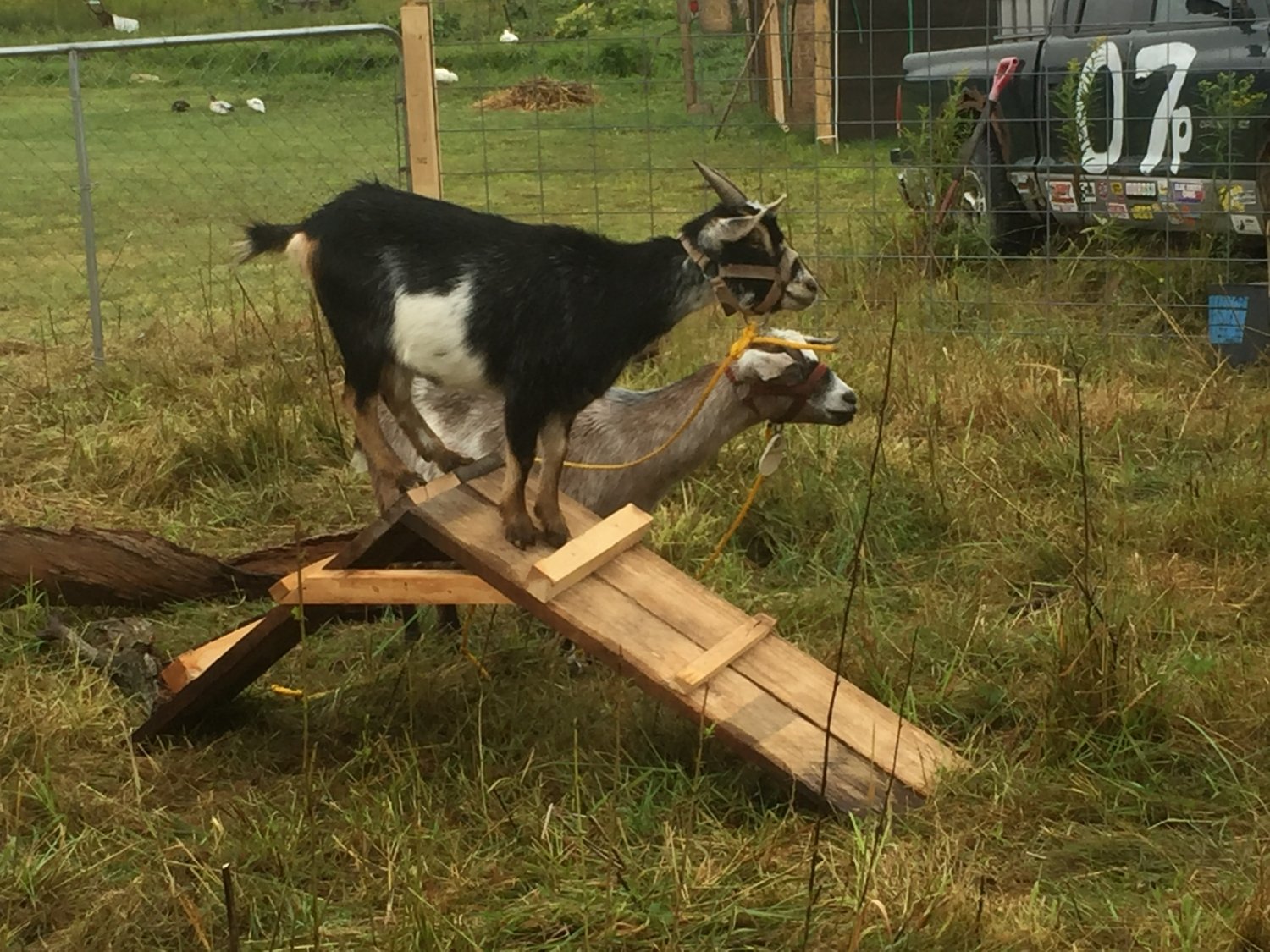 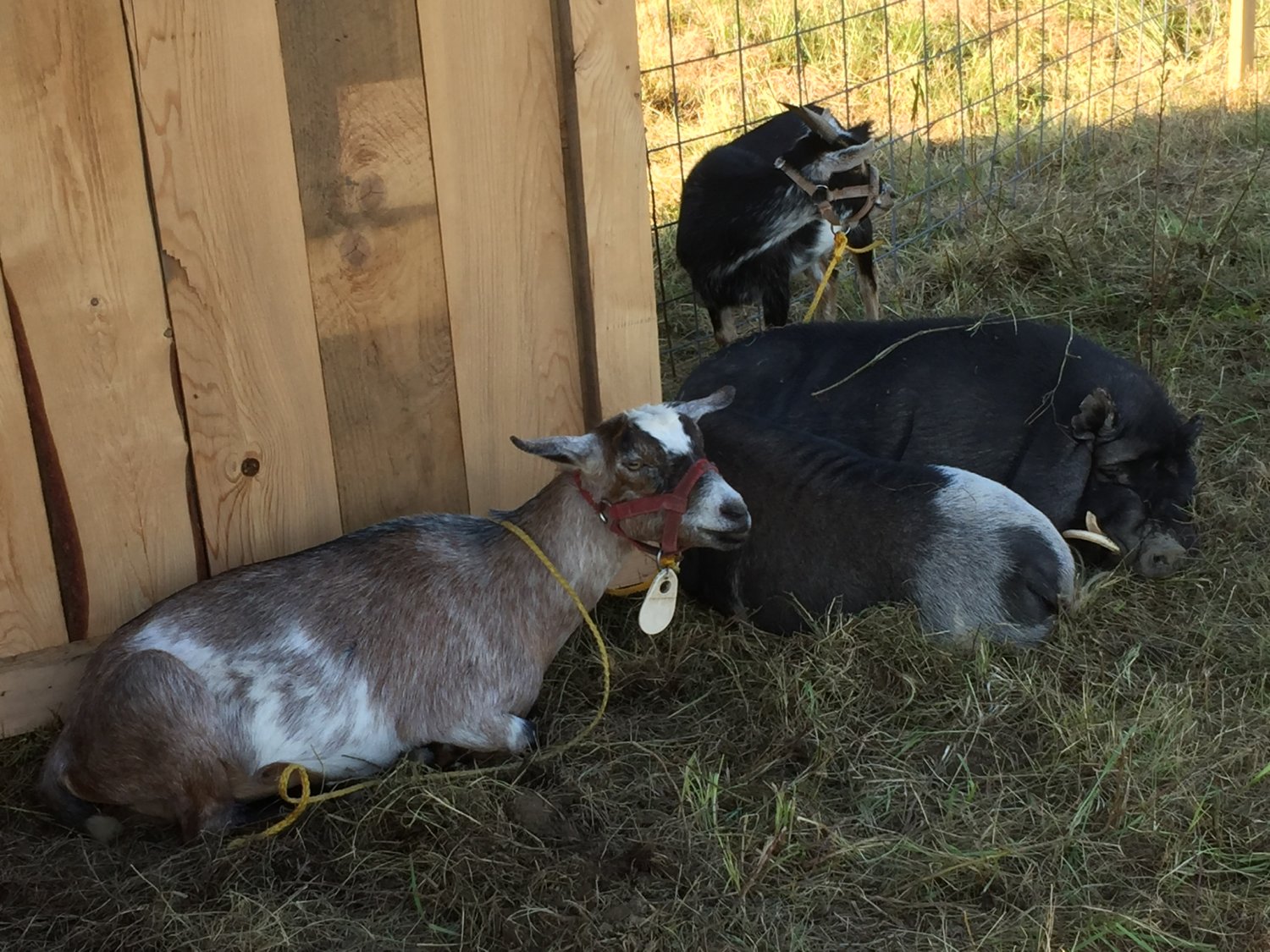 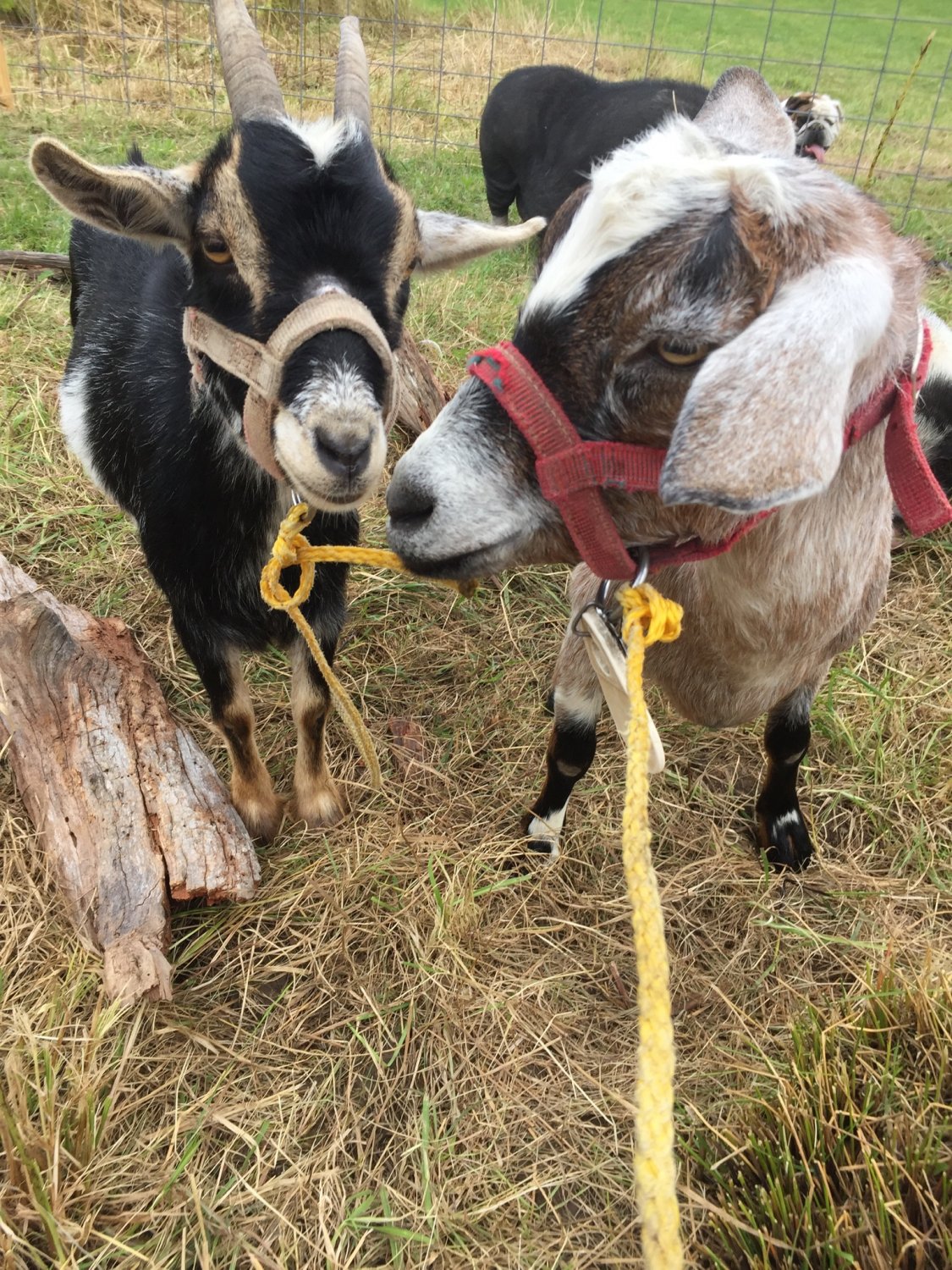 Nothing like an instant farm! Good for you for helping all those animals out.

When we first started getting rescued animals to start with here, I used tarps and t posts and called it a "refugee camp, lol" ....we sure have come a long way with barns fencing, hutches and all.
Congratulations on a job well done

Great story of perseverance. That ankle injury became quite the blessing.

Nothing but love for what you did. You did the RIGHT thing. Exact same circumstances, I would have walked away. With the litigious world we live in, you're probably lucky not to have been sued or at least put through the "investigation wringer" by animal control. It's so hard to do the "right thing" any more.

BTW. The pictures. Horrible! Deplorable conditions! So glad you got them away from THERE!

Grant said:
Great story of perseverance. That ankle injury became quite the blessing.
Click to expand...

Yes, it was a Blessing in disguise!! Sooo weird!!

Xerocles said:
Nothing but love for what you did. You did the RIGHT thing. Exact same circumstances, I would have walked away. With the litigious world we live in, you're probably lucky not to have been sued or at least put through the "investigation wringer" by animal control. It's so hard to do the "right thing" any more.
Click to expand...

PETA was involved with the case, but they didn’t give us any trouble, they were happy to see them go to people who would care for them

Xerocles said:
BTW. The pictures. Horrible! Deplorable conditions! So glad you got them away from THERE!

Can you SEE. How fat Jumbo and Portly were? Pot belly pigs are not supposed to be anything near that size. The guy just dumped the food over the side...and they lived with the goats...so this is why my goats are always trying to sneak chicken feed! But, first thing we did with the pigs was get them on a diet and exercise program. Portly..the smaller, female, was so arthritic she could barely walk..and would get really mad at Chris when he would make her do laps around their pen. Now she can go wherever and has probably lost 75 lbs...Jumbo has lost about that much too, but he could afford to lose more. But, I think he’ll always be a big boy. He moves veryyyy slow. We were all excited to get pots and wanted them to breed...first...it wouldn’t have been smart with their size...next they’re probably too old, last Jumbo’s castrated...

But, he does go down to my piles of hay from the barn every chance he gets, and seems, to, umm...love it up??