@Bruce it isn't common to have deformed animals but it does happen. One sow had 2 in one litter, and then 1 in her second litter. 2 different boars. There was an obvious recessive gene in there. There have been a few baby calves born over the years without rectums also. You just have to destroy them. Again, recessive genes that show up . When you think of how many combinations there are, and how it has to hit just right for both parents to contribute the exact pair of genes, it is pretty amazing.
Years ago, Holstein dairy farmers would destroy any red and white calves born..... considered unacceptable.... yet there have been red and white holsteins forever.... a recessive that showed up occasionally. Not allowed for registration for years with the holstein assoc..... now they are allowed and well accepted. Maybe one day the angus assoc will accept the red angus.....

Can I say something?

I was thinking about getting a little mini piglet but changed my mind. My friend that raises them told me that people will breed a smaller 2 year old sow and Boar and think that's only how big the pigs get. It takes 5 years for a mini pig to reach full size. So at 2 years old 40 pound pig could easily be 150 pounds by 5 years old.

chickens really said:
Can I say something?

I was thinking about getting a little mini piglet but changed my mind. My friend that raises them told me that people will breed a smaller 2 year old sow and Boar and think that's only how big the pigs get. It takes 5 years for a mini pig to reach full size. So at 2 years old 40 pound pig could easily be 150 pounds by 5 years old.

Pigs never really stop growing. I know regular pigs can easily top 1,000 pounds if not sent to slaughter. We bought a large boar for slaughter that was thought to be 500 pounds, but actually weighed 820 pounds and hanging weight was 506 pounds. He had gotten too big to service the sows. I've heard of 1200-1400 pound boars that were finally slaughtered so as to use the meat before they keeled over dead and having a huge carcass to deal with.
F

We had a Duroc boar that belonged to a friend. Used him then sent him back home to service his own sows. Then got him again the following year, we only had 3 sows at the time and the owner was glad to have a safe and healthy place for him to go to. But after that trip they told us that when we were done with him to ship him because he was getting too big. We bought him direct, then kept him for another 2 years. When we did finally ship him he crossed the scales at 902 lbs. George, as we called him was one of the best dispositioned hogs we ever had and it hurt to have to ship him. Have had several sows over 500 lbs that we butchered due to their size and inability to raise good litters after they got big and could no longer get off pigs, if they laid on, them fast enough. You can keep them on a restricted diet somewhat, but hogs continue to grow for their entire life as @Baymule said.

That big boar we bought was so sweet and had the most soulful eyes. His Mommy went out of town and had her best friend sell him-she couldn't do it. Wilbur was a sweetheart. In the short time we had him-I fed him out on soured corn to clean up the meat-I got quite attached to him. If I had the room, I might have just turned him out to go be a hog.

Duckfarmerpa1 said:
..she said I should have people mee5 me for rabbits.
Click to expand...

There are a number of people here and on BYC that sell animals and ALWAYS meet the buyer at some public place. Obviously easier to do with rabbits and poultry of course.

. But, yes, they typically stop...unless they ge5 obese, around 5 years. Our best pigs are abou5 30# at 2 years. At this growth rate, we are thinking they will not...if kept on a nice diet, they, and the offspring, will not get to such a high weight...but no one can say for sure?

Chris and I had a long talk about our breeding program....I got him to see things my way! So, we are retiring our two boars...and only usin*bthe new guy.....Chris said if we don5 get top dollar..yeah right..for those guys..we’re keeping them....obviously he just doesn’t want to sell them....

And next round, we’ll be keeping our best looking female, etc...

all are sold except three black girls...but the6 were only born Saturday...

So I had a lady call today and ask if I could guarantee that my pigs would stay at 25 lbs.....really??? I kind of chewed her ear of threw the text...she even apologized for offending me. I had said she needed to do research and that we take pride in selling our pigs to people who have done research..and until she did research...she could not come see them!! Yikes..I guess I was mean?? Where did that come from?? Then of course I apologized, etc. but, really...you can’t even guarantee that a Yorkie is going to be 4lbs.... We have a French Bulldog...he is supe4 stalky...and we love it...he’s solid muscle....he’s about 45? Perf3ct for a farm..a 25lb dog would be freezing in the winter, etc....

So, the lady said she’s going to talk to her husband. She insisted she would love her pig if it got to be 150lbs....

These are exactly the type of people we are trying to weed out by making them do research before they are allowed to come see the pigs.....ugh

So, y son has still been running like crazy, did another 50 mile ultra marathon a few weeks ago? Then on Sunday he did a 33 ultra marathon.....

Heres the thing ...not sure if I’ve mentioned this....for a very long time, he’s kicked around the idea of becoming a navy SEAL after his masters....welll....yup..that’s next. He’s already started the training...on his own of course.

They will also pay $65,000 of his students loans....very nice! He can’t wait!! His major hold up...no lie..is his dog. He needs a wife or a dependent so he can live off base, and have his dog. If he had a wife..I think he’d go straight in, before grad school.....Chris teases that he can get a wife on the internet!

. He’s thinking of asking my dad to go with him..to be his dependant...which is actually a great idea....my dad is in a bad marriage. They’d be grumpy and grumpier!!

. But, this kid is soooo focused on his goals...he did his own....race thing around our dam....he ran, swam, climbed and kaiaked 28 miles.... He’s nuts, but I’ve got to give him credit for his determination!

Of course a baby pig

and some mini rex kits, and lionhead kits 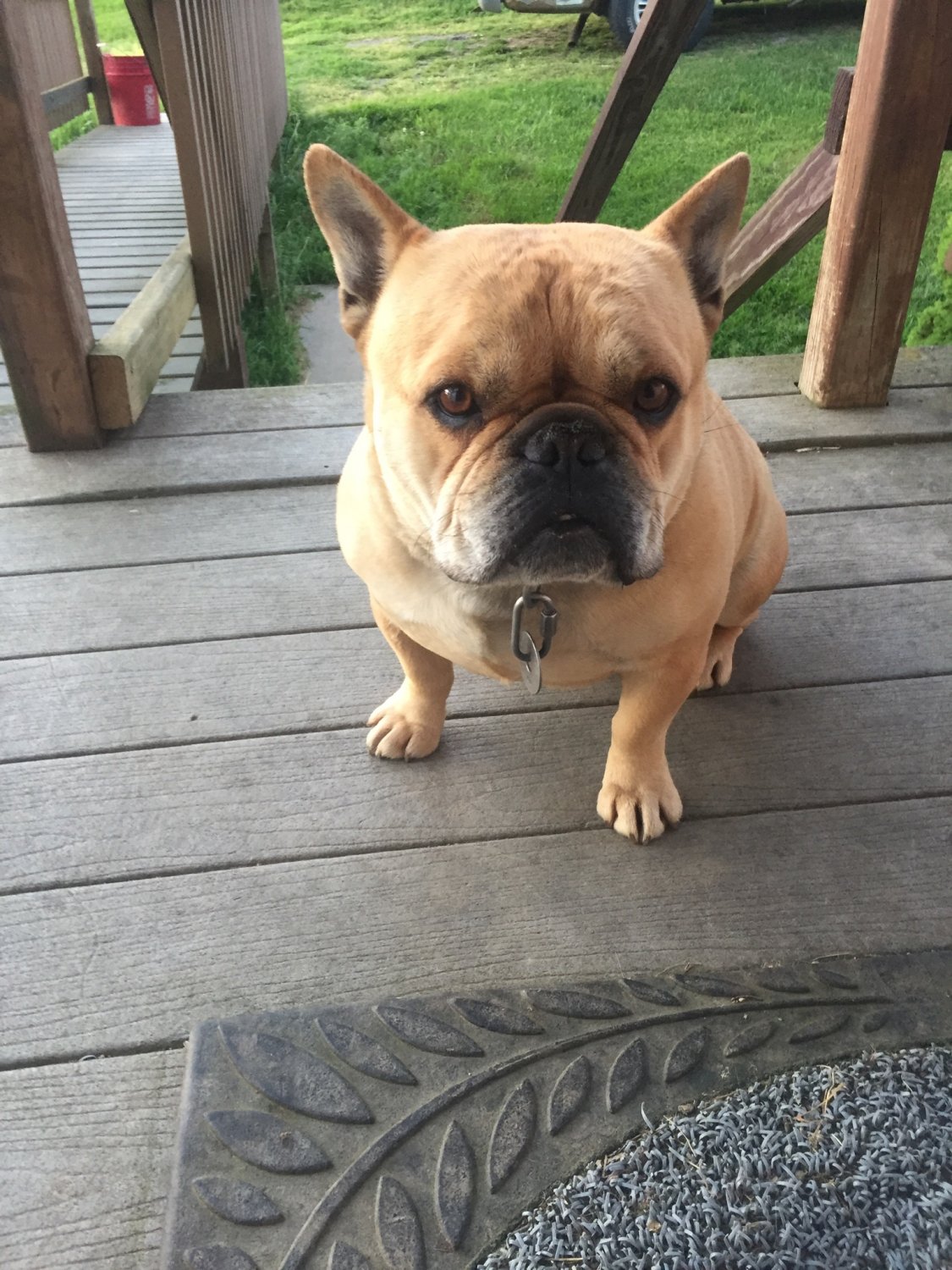 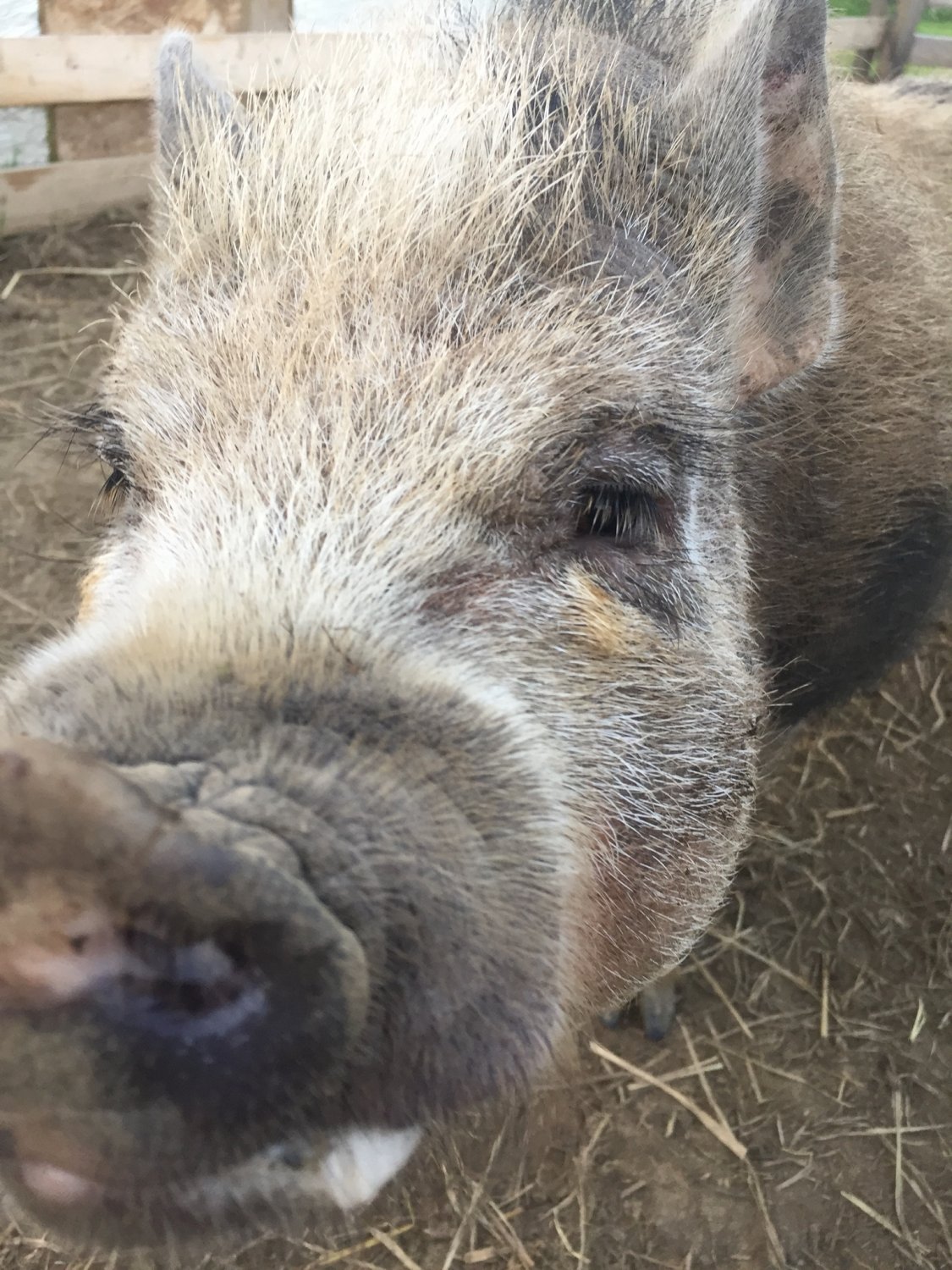 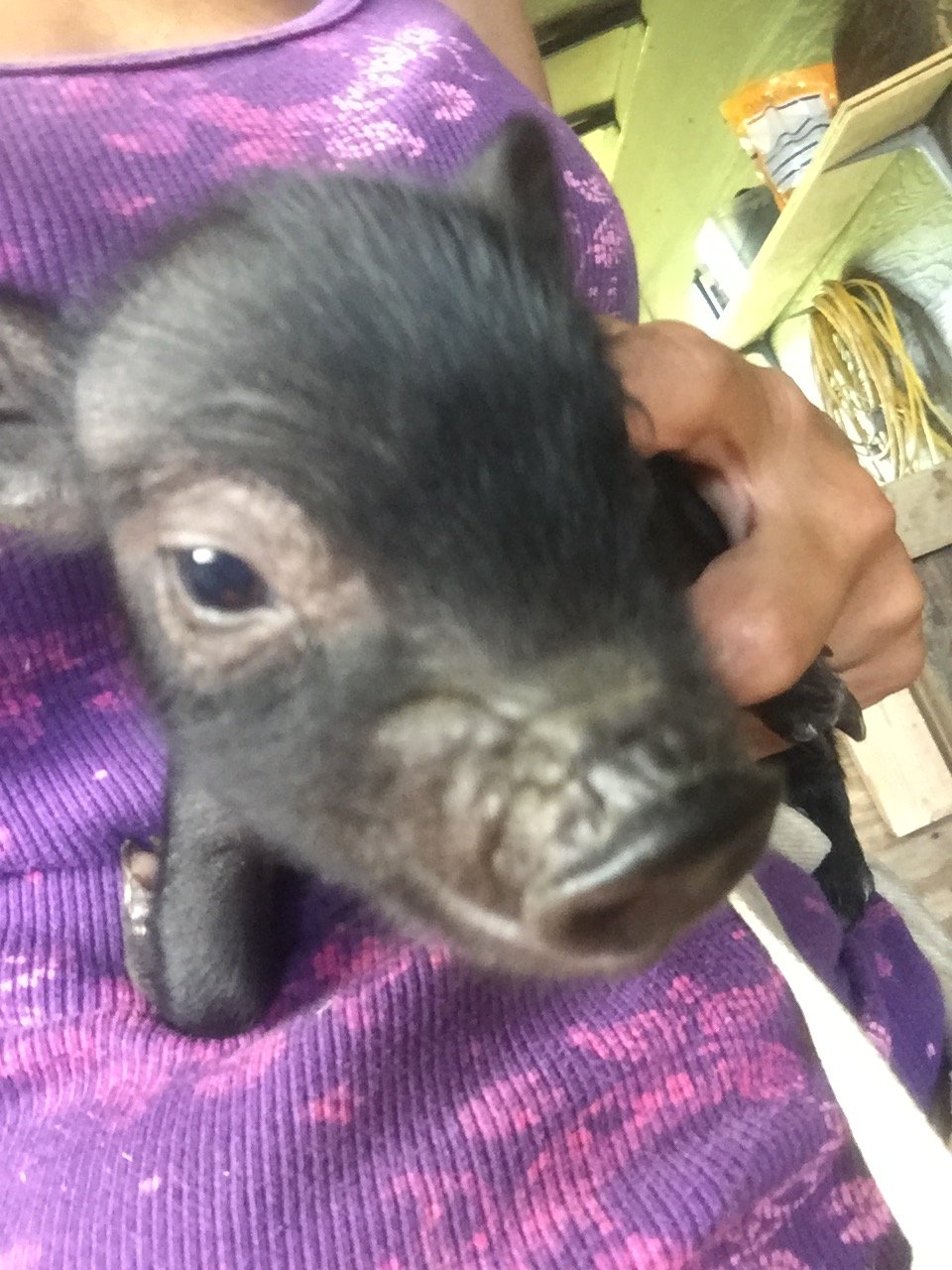 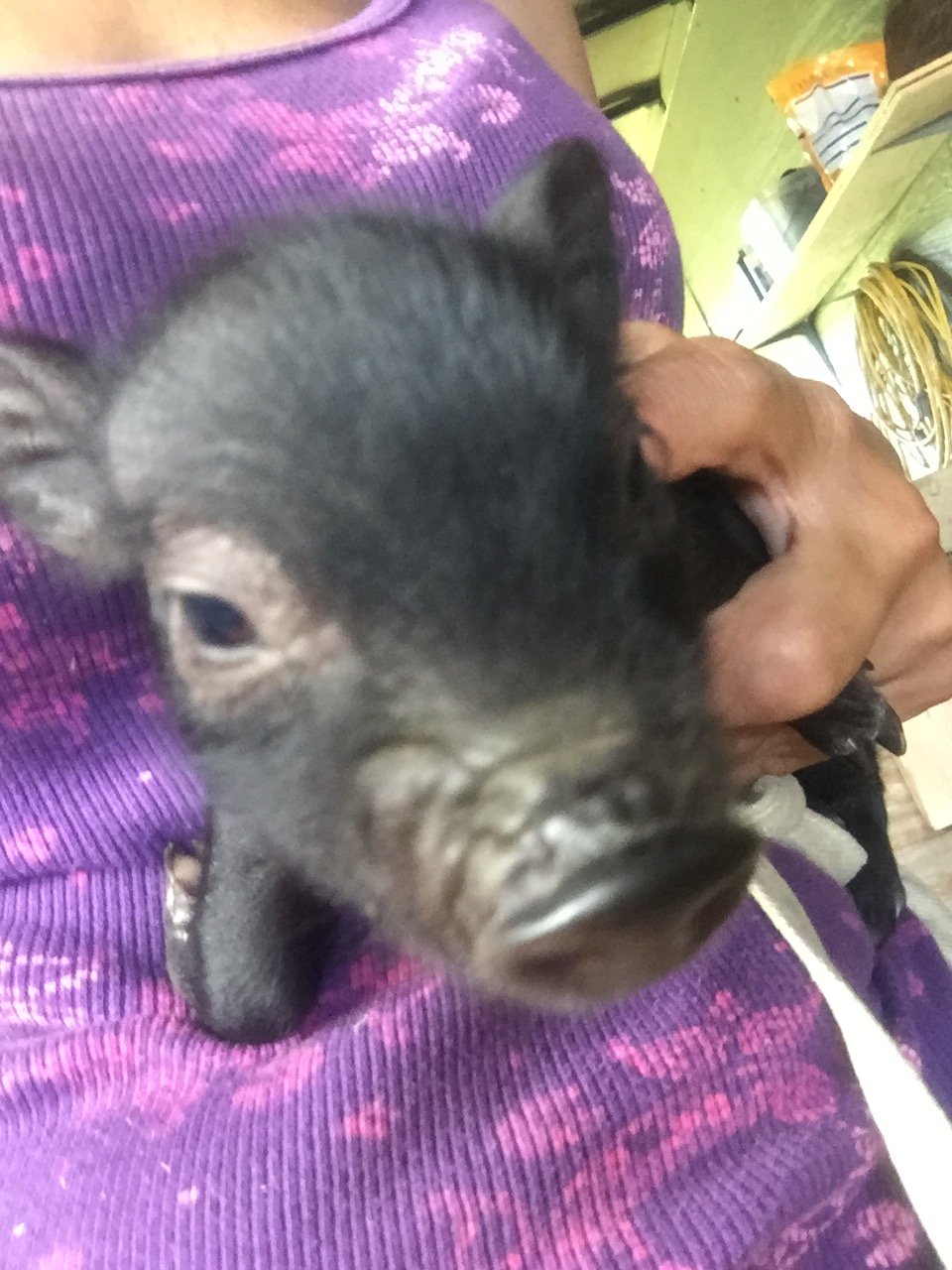 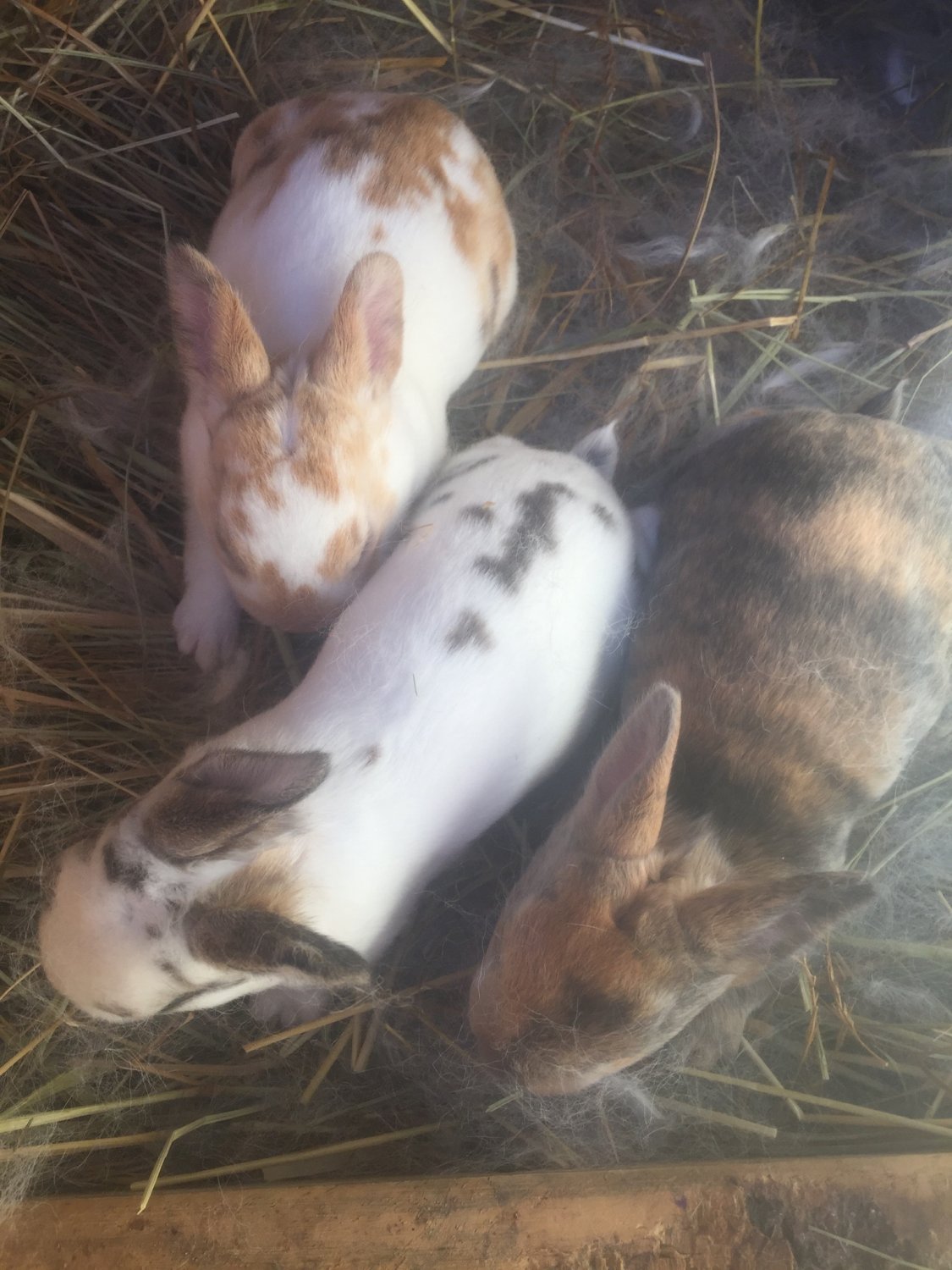 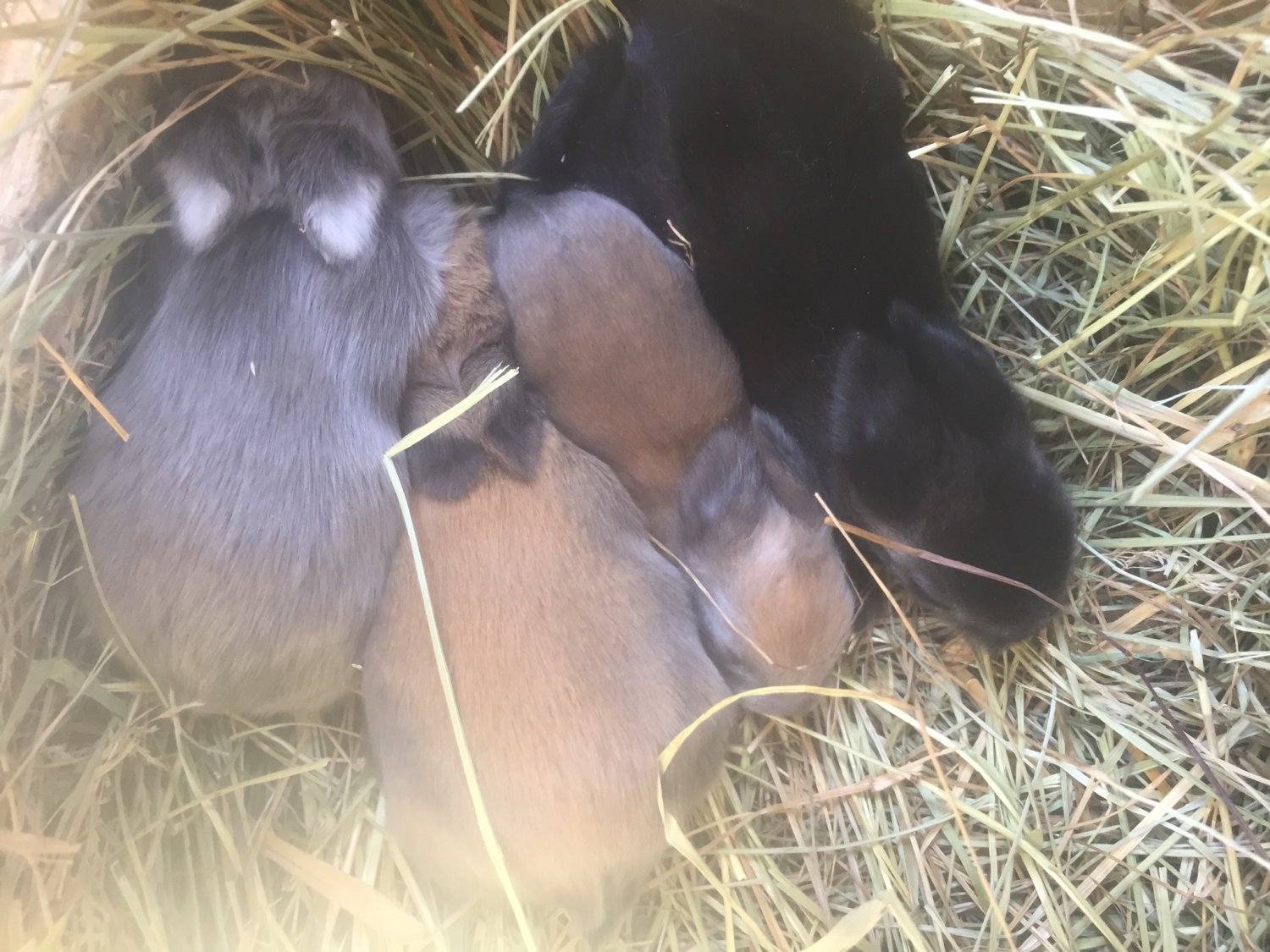 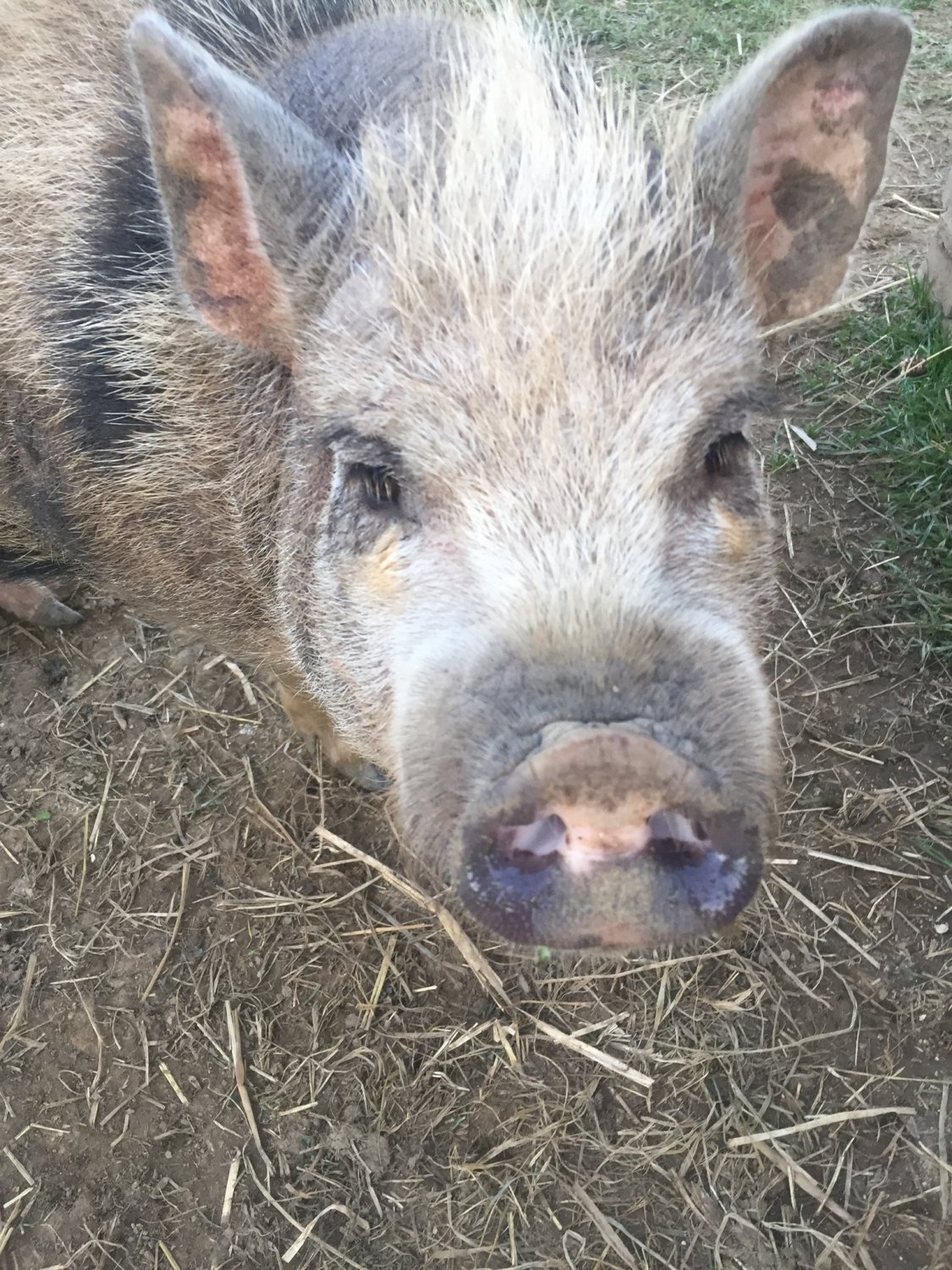 Aw, the dog is not dependent enough? He has to go the whole way and get a wife?
You must log in or register to reply here.
Share:
Reddit Pinterest Tumblr WhatsApp Email Link