It's the midwest....don't like the weather? Just wait a few.

Happy morning to all. Coffee is ready. Going to be another beautiful day, I’ll be in the garden, planting.

Our TV satellite cratered night be fore last, repair tech coming this morning. We have to stay 6’ away from him. I had a list of questions texted to me concerning Covid-19 that I had to answer before confirming the appointment. If it makes him feel better, we’ll wear masks too. I’ll put the dogs in the front pasture so they can run the fence barking at trucks, kids on bicycles, other dogs and all the terrible predators that dare use the road. Alexa is playing soft music and BJ is drifting off to sleep in his recliner. It’s a nice morning.

Thanks Baymule, coffee is good today. 60 again.
DH doing a farm store run this morning, then we'll work on more firewood. Looks like Easter is going to be very wet. I have a ham to fix and made chocolate pie yesterday. Got a few things for the kids.... and decorated eggs a couple days ago. 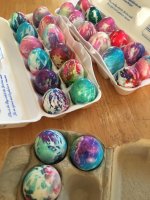 Ahhh...coffee is GREAT this morning at my house! Help yourself. Of course, attitude is helping my taste buds. Home all weekend, garden final tilled by DS yesterday, while I was at work. Very nice for me. Oh, yesterdays winds left, too. That will sure help!

@promiseacres your eggs are lovely! No little ones here now, so we stopped that long ago. I do enjoy enjoy seeing them. 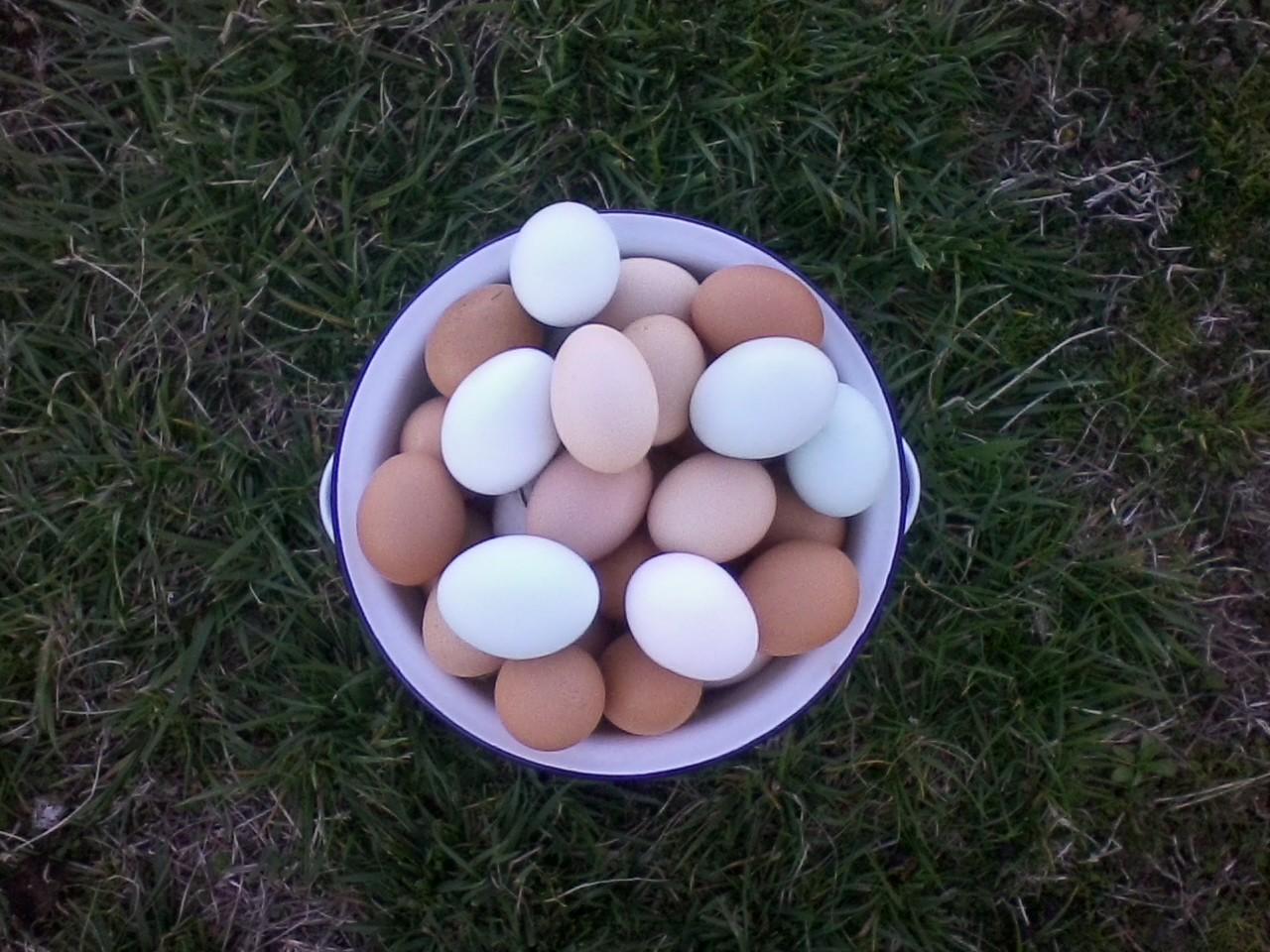 And while at work, a mini mare foaled. Yep, an unwanted quickie last Summer. I'll get a pic later. Did check last night and at least it's a girl!! So I have another who is suspect for a playmate. First foal in about 15 yrs here . Not what I do now.

Mini Horses said:
So I have another who is suspect for a playmate. First foal in about 15 yrs here
Click to expand...

Woo Hoo! Life finds a way! Is your old stallion responsible for this? I thought you were running a retirement home - not a maternity ward!

Well, I actually CAUGHT the one younger guy in the field. Because I saw him where he was supposed to be 2 hrs earlier, I know he was only in there a short time. We both KNOW 5 mins is short enough. He's only 28" and was scooting UNDER a fence -- maybe watched too many goat escapes. Now, most of those mares are 20+, didn't feel they were cycling and didn't want to put them all thru a round of lute. At least 2 are mid teens. The new babe is one of theirs....

So, the mare is a black bay....the stallion I think is "who's your dad" is a chestnut OR silver bay. This foal looks a true buckskin. The old stallion -- now 34! -- I feel is probably sterile by now??? He IS a buckskin and grsire to the mare. The mom IS a jumper...goes where not needed at times. 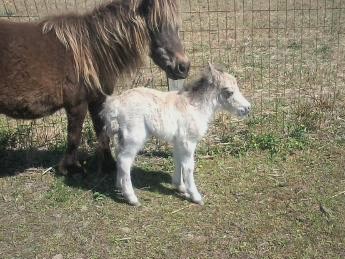 Boy, did I have to sneak around to get this pic. Mom takes her away from me -- if no feed LOL.


Now, I know things are on "shutdown" but who told this hen? No need for this!! I've told them all -- full tilt 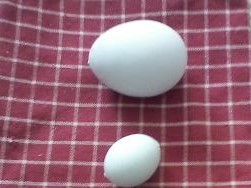 Hmmm. Chestnut or Silver Bay crossed with Black Bay can't equal Buckskin; the cream gene is dominant, so one parent or the other would have to be some shade of dilution. If mom is a Smoky Black rather than a Black Bay, that works - Cream and Black from mom, Agouti from dad (Agouti doesn't show on red-based horses, so he could still be either).

Oh, gads, she is adorable. No wonder mom wants to keep her all to herself!

Right on colors & dam might be smokey black!! I'd not be surprised -- wouldn't be only one out there. LOL Didn't look just know I have what looks to be buckskin foal.. Time will tell.

It's not a keeper! When weaned & halter broke, for sale. Not starting over with these guys. Love them but, no more of them. I'm only doing retirements. Now, wait & see if Prissy is preggers or just her usual rotund self.
You must log in or register to reply here.
Share:
Reddit Pinterest Tumblr WhatsApp Email Link