I have LOTS of wild ones here. At some point I would like blackberries & raspberries. Not happening this year. But plans to do maybe next -- unless huge sale on plants

Baymule said:
Have you ever made strawberry fig preserves with strawberry jello
Click to expand...

No. I make a few jars of fig preserves. Used to make a lot of strawberry -- from fresh picked -- because my DH liked them a lot. Personally I don't use more than one or two jars of any jams a year, so not really worth my time. Made 8 half pints of fig ones last year and still 7 are unopened. At least they last a while Just rarely have toast and so, rarely jams/jellies.

This morning with coffee I had 2 slices of sausage and some cabbage slaw I know, weird breakfast.

I need to eat more of these plentiful, good for you eggs! Going out to milk shortly. That's starting up again. But love the milk. I drink coffee straight up but, hot tea needs cream & just a touch of sugar. Within the next 30 days I will be needing to regularly spin milk for cream & butter -- best results in early lactation -- then cheeses need to happen. I love lasagna and the goat cheese is "free" and plentiful. Plan to do a few "hard" cheese this year, first time. Have to go buy the rennet, enzymes, whatever Only the kefir ones in hand. Discovered a local shop for all this, only 50 miles out.

Jams and jellies ain't just for toast anymore, @Mini Horses , ya can use them to make a glaze for most meats....a pork roast or chops in a crockpot with a couple of Tbsp of blackberry jelly or jam makes for some tasty pork....and adding some orange marmalade to some steam saute chicken, gives it a real zest of fresh taste....course, there is always homemade biscuits!!....but, that is bread and many try to avoid that these days and times.....

CntryBoy777 said:
ya can use them to make a glaze for most meats....a pork roast or chops in a crockpot with a couple of Tbsp of blackberry jelly or jam makes for some tasty pork....and adding some orange marmalade to some steam saute chicken, gives it a real zest of fresh taste
Click to expand...

Yeah -- cooking with is an option & one I've used often. Love bread & biscuits just don't eat much of them. Those things seem to settle on the hips now days.

And while I don't actually diet, eat what I want, I do tend to move toward the lower calories. I "graze" a lot -- low blood sugars -- so I have learned to stay away from the things that cause the sugar highs & lows, to keep stable. Have milk with the cookies.

I am a good cook but, when just ONE to cook & eat you often lull through meals. Healthy, dense nutrition is my main goal. Then there's that brain fart and I eat the entire chocolate cake!

Aging has it's challenges. I can attest to that and I am among the lucky ones who has been healthy & active. Figure I have another 30 yrs on this body & in this life.
M

Had to milk Brat. I mean, she was slapping that udder back & forth with every step! Had previously taken a quart of colostrum and a quart on each of next 2 days of milk/colostrum. Today, day 5 after kidding, it was just unreal!! Her twins are huge and nursing. But she needed at least 3 more to suckle. I took 3 quarts and she looks like she's ready to walk into the milk parlor now. But, not the over extended sight she was. The milk is like drinking half & half -- sweet cream. Just no way she could not be milked. I know they make what's used but, she had so much it had to come out or explode. Her twin sisters, a year younger, are not quite as bad but still huge. Milk goats, for sure!!!!!! I am amazed. It's not from overfeeding. Her mom was quite a prolific producer!

THEN -- garden woes. Wanted to go pick up a mower, trailer loaded with heavy metal shelving units. Thanks DS! Wanted to cut grass & till. Considered a tiller...have one but, it's a tow with mower one...need mower.

Called TSC..would rent their trailer for $15. They are closed today!

Thought I'd bushhog a field, can't get the darned thing pushed onto the PTO (ALWAYS an issue -- no one here to help). Did chores, cussed, nothing solved my predicament.

Wish I had a hot tub! Long soak & glass of wine sounds good right now. I need to relax.

Oh, well, guess I will go cuddle with the goat kids. At least they won't be a disappointment.

I'm over my rant. I'm sure this group understands.

I've certainly had days like that - so rant away!

Hello all. Day 3 of the hostage situation. Aka recovery lol. Things are going well. DS2 mowed the yard for me. DS3 prepped the garden beds.

LOL -glad you're doing better! Thank goodness for your helpers!

The church after morning services 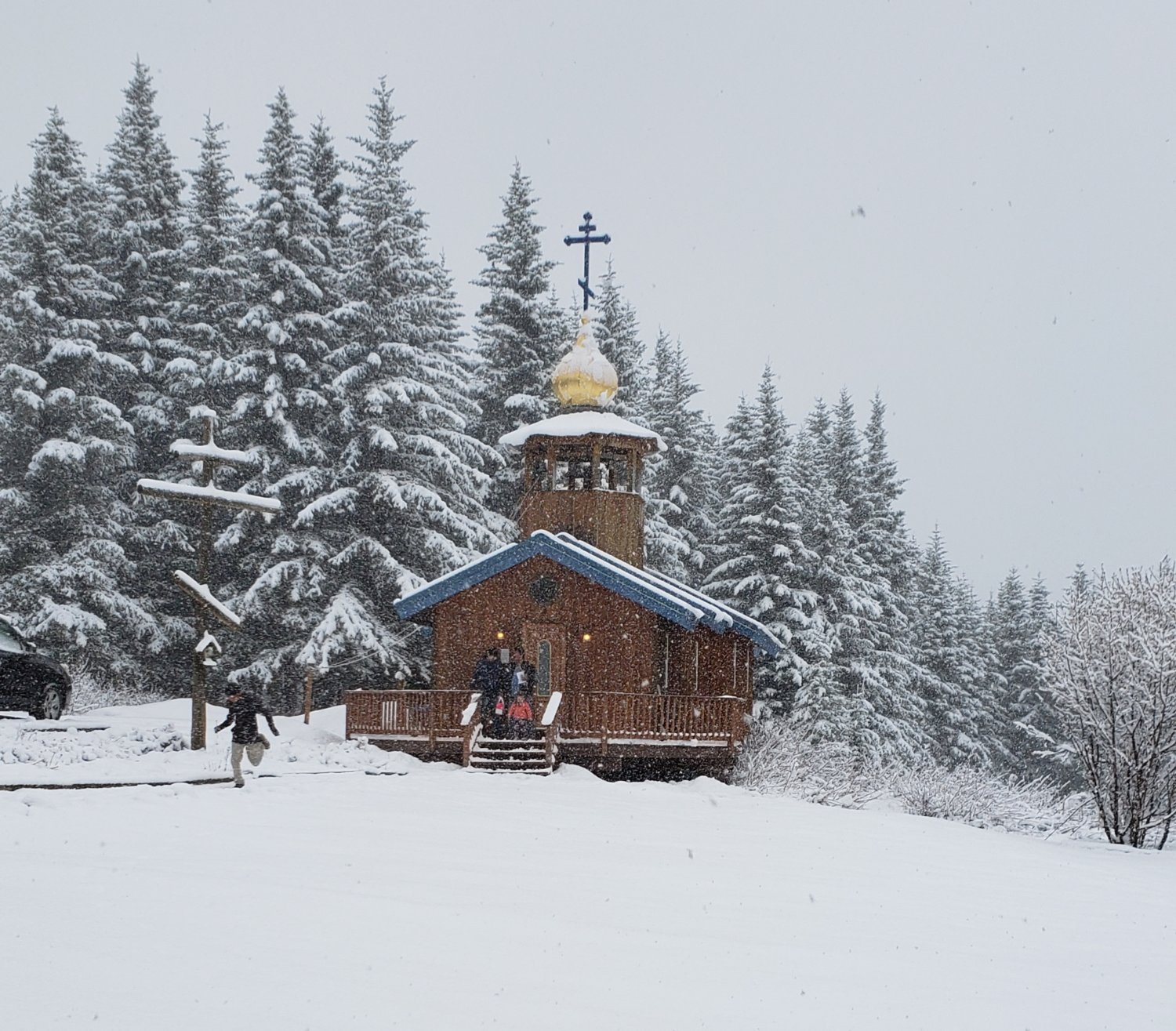 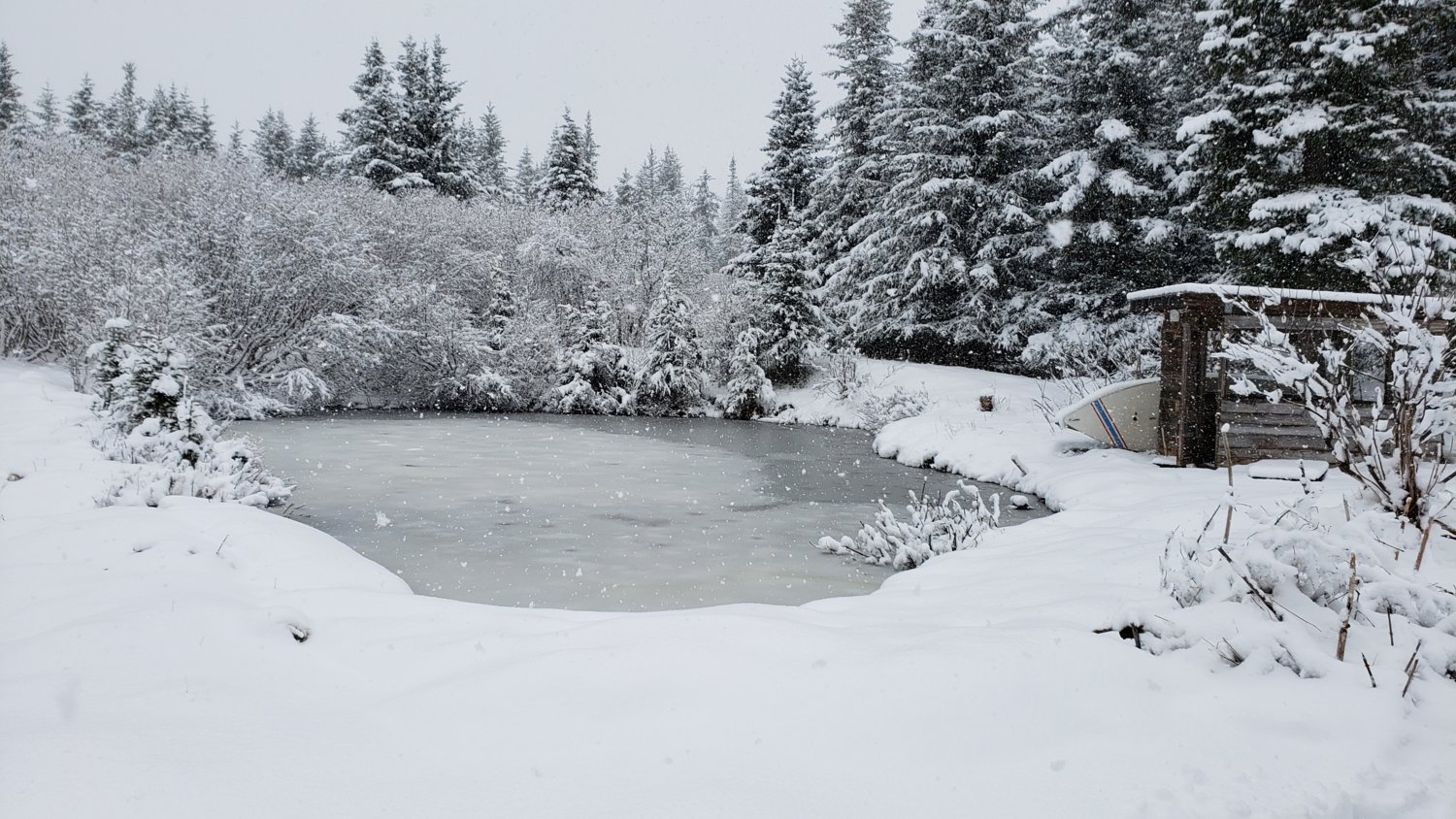 The priest said he saw a wild mallard walking about on the ice on the church pond.