Coronavirus Covid-19 Is it Affecting You and How?

messybun said:
Let me just say to the young ladies on here, be super careful if you’re unvaccinated and are around women who were. They’re seeing that the unvaccinated woman will start menstruating or egg dumping when in contact with a vaccinated woman.
Click to expand...

Can you provide some more info/source for this? This is very concerning as I'm over halfway through my first pregnancy.

Larsen Poultry Ranch said:
Can you provide some more info/source for this? This is very concerning as I'm over halfway through my first pregnancy.
Click to expand...

I believe I have read articles that it has affected women in very early pregnancy, ( causing abortion) ...and has changed regular patterns of menstrual cycles....
Please don't add stress to yourself worrying about it, just carry on and enjoy your upcoming beautiful baby...big hugs to you and congratulations.

Larsen Poultry Ranch said:
Can you provide some more info/source for this? This is very concerning as I'm over halfway through my first pregnancy.
Click to expand...

Ask these folks....they can direct you to scads of info on people who have miscarried, had stillborn, etc. after the vax and even being in contact with those who have had them..

Beekissed said:
Ask these folks....they can direct you to scads of info on people who have miscarried, had stillborn, etc. after the vax and even being in contact with those who have had them..

I've also heard of some losing a breast feeding child through the milk after getting the shot to protect the baby (2days). It is not a healthy choice. Many vaccines are wonderful and saving lives everyday,,,,,,,,, not this one.

Writing in an op-ed for the Wall Street Journal, UCLA Geffen School of Medicine Doctor Joseph Lapado and Yale School of Public Health Doctor Harvey Risch warn there are legitimate 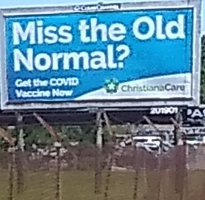 I just returned from my sad trip up north for my mom's funeral in NH. There were signs all through Pa and Mass and VT for free covid vaccinations with several different slogans about the benefits to get with the program and all that. It was disgusting to see that propaganda on those electronic signs that often carry messages about traffic conditions and amber alerts and such. It was clearly a push to get people to think about getting the vaccinations.... and to try to get to that "magical number" of 70%.... which I really don't believe they are near as close as they say.
More and more places have people without masks even up there.... thank GOD for that.

Nope, none of the family has gotten the shot and most absolutely refuse except my one brother who is an EMT and he says that we have not seen some of what he has seen with the problems people have had with it...told my son he is crazy to not consider it.... he said that was fine, he was entitled to his opinion, but that he (DS) would not be getting it... end of discussion.
See the article above referenced by @Beekissed ..... it is S-L-O-W-L-Y getting out to people, that there is more than one side that "all is rosy" and wonderful....

Trying to get corporate to relax masks at work they passed out a survey asking about the vaccine. Only asked if you had got it or refused to. I asked about what if you haven't made up your mind. Boss replied what are you waiting for? My response wasn't appreciated. She and her husband are civic noseybodies, firefighters and EMTs. They walk on water. I'm local trash, their come here's of course that makes them smarter. I asked her did she remember thalidomide and all the birth defects and if she wanted to explain to my wife why my heart got worse and would she mind being part of the harassment lawsuit or would she rather wear the mask and leave me alone. The silence was awkward.
Corporates in England anything that happens there they enforce globally. So because India is having problems everybody suffers.
The masks I agree are a pita, but at least they do filter out all the bad breath.

@Grizzlyhackle you be you and do what you think is right for your health. Being a guinea pig isn't on my list of things to do. 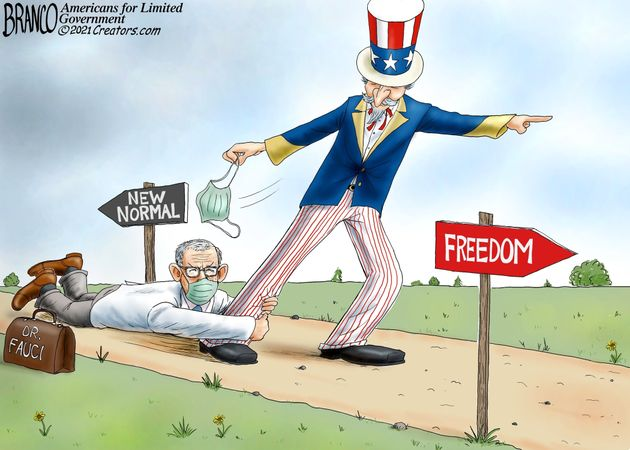 I found this on town hall