DO YOU THINK PONY RIDES SHOULD BE ALLOWED AT FAIRS??

Some of you know that I recently brought home 2 former pony ride ponies. I bought them from the woman who owned the pony ride business and had decided to get out of it. When I first went to see the ponies (in July), they were ALL terribly emaciated and so sad looking (except for one very healthy one she was keeping ).
She excused their condition saying, "Hay was hard to get this past winter." and proceeded to tell my friend how one pony actually starved to death during the winter.

I had found photos of some of her ponies on her Facebook page for her business.....I have to share them, they disgust me as the ponies weren't even then in good condition and the woman allowed people to ride them who were CLEARLY too big.

I am sickened thinking of how these ponies were exploited and 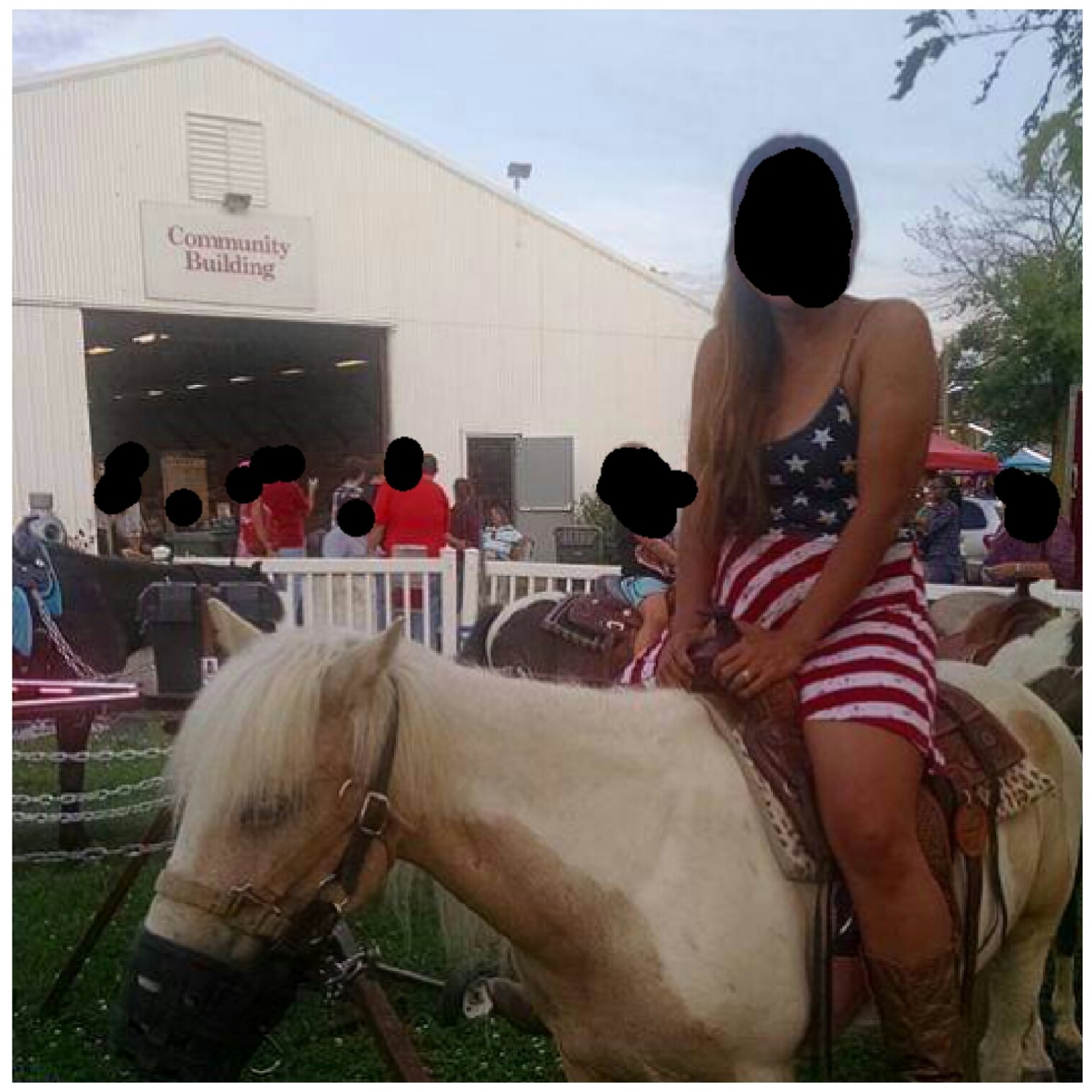 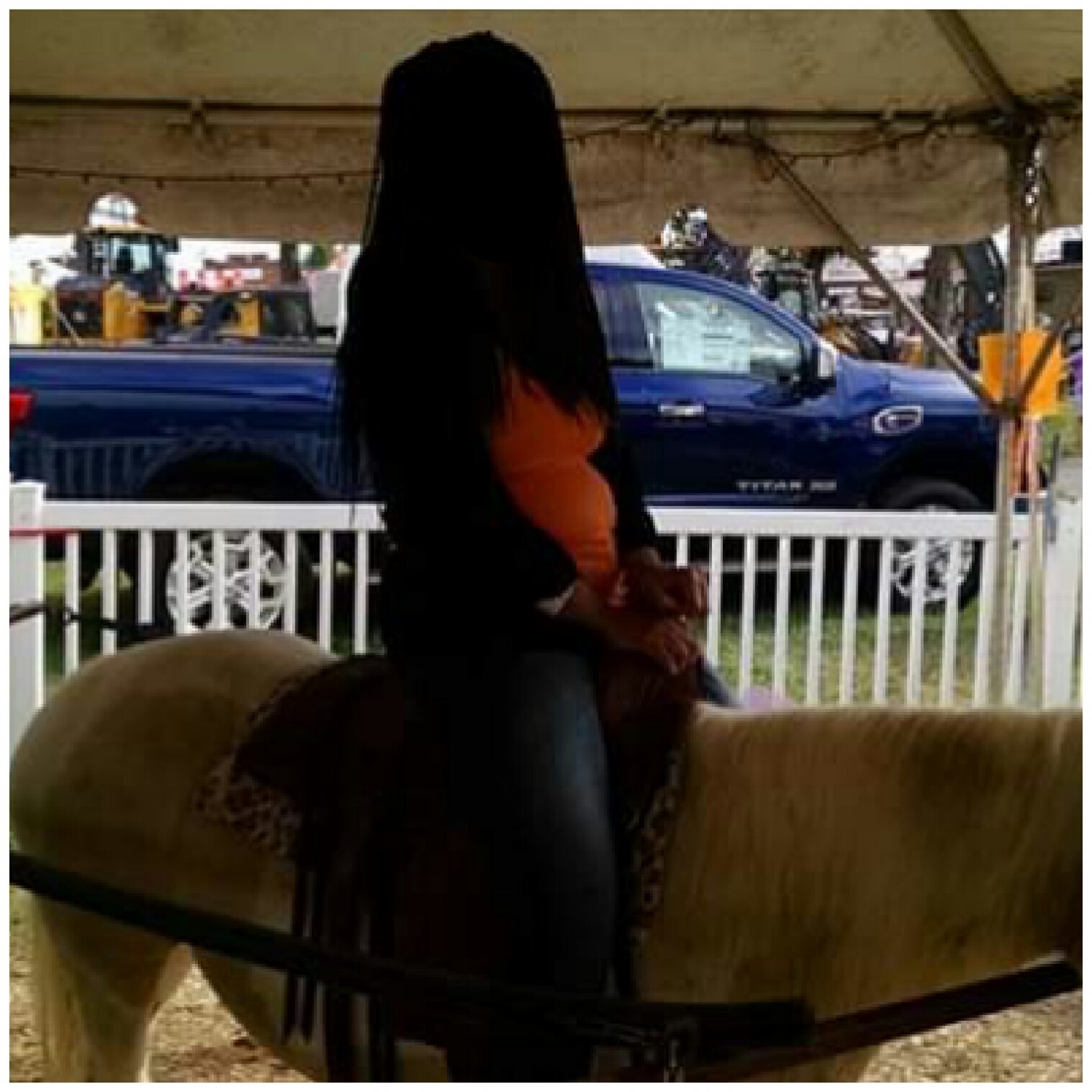 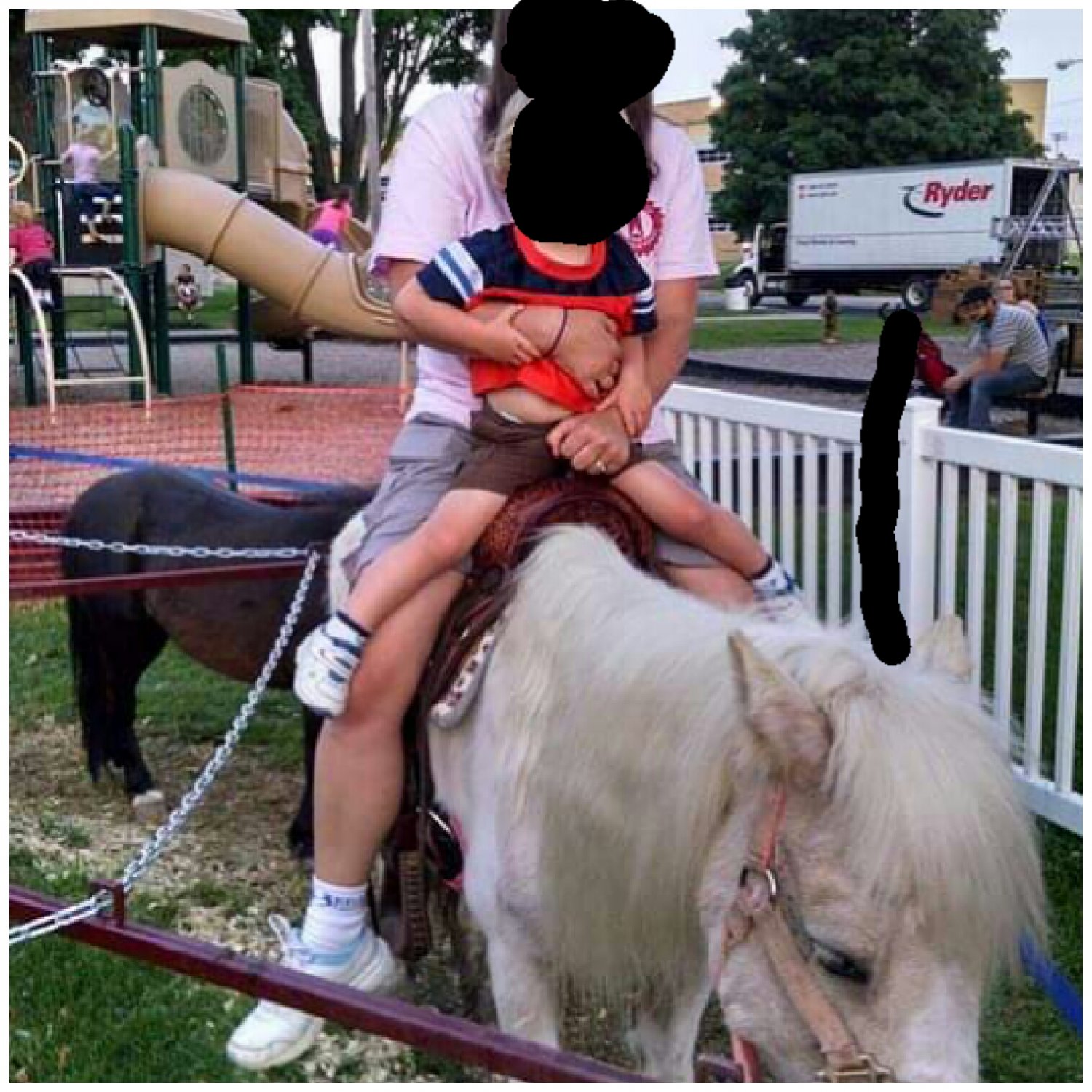 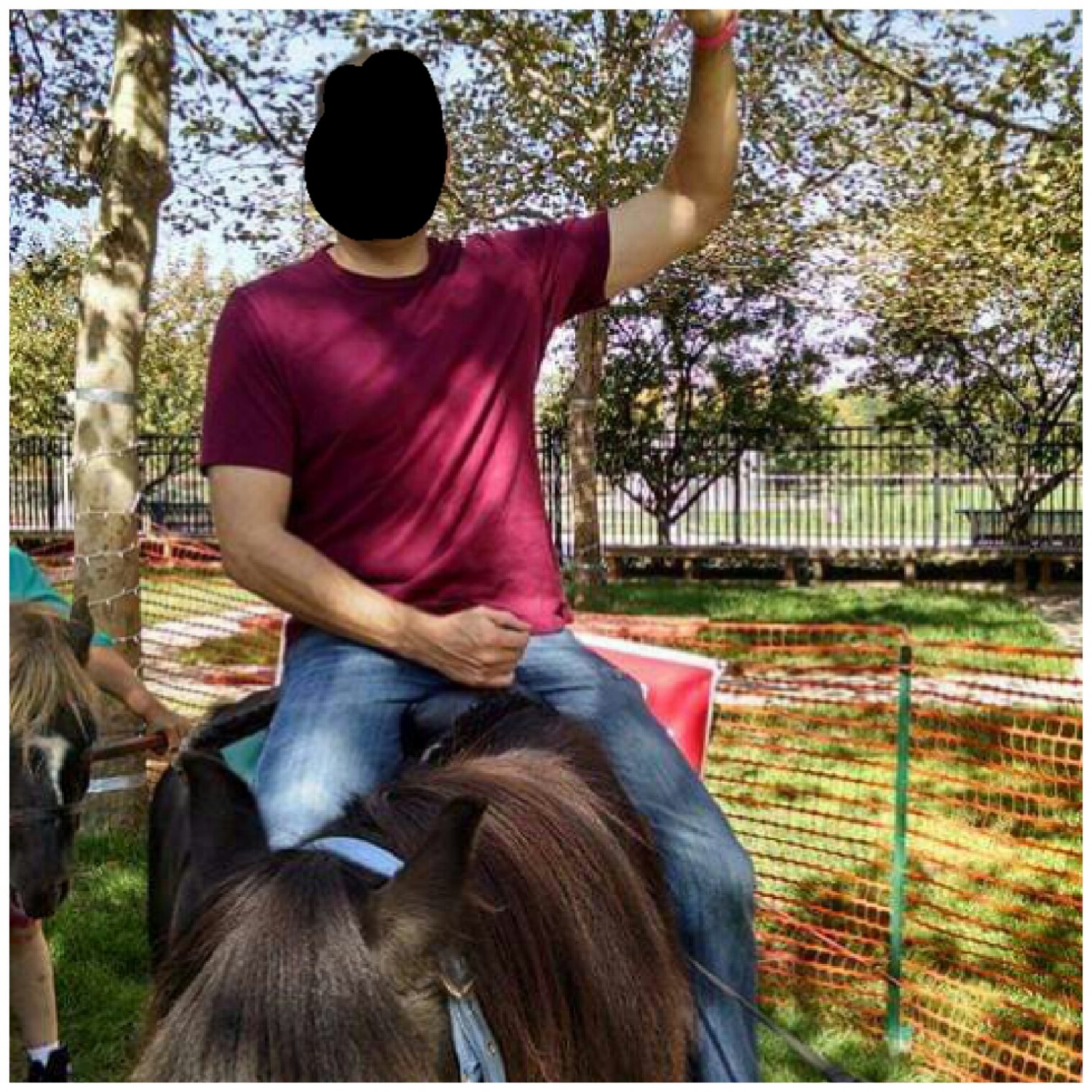 used to make money while they suffered at her ignorant hands. I'm just relieved she decided to sell them all, hopefully all the others got good homes (there were 6 or 7 total).

The final photo is of the 2 year old filly who starved to search this past winter....photo is from summer of 2018. I also included (in the first comment) other photos including a photo that she took to use as a Christmas pic.....the pony does NOT seem happy and all that crap on him is just HORRIBLE!
I HATE these type of pony rides and hope they will soon be a thing of the past! 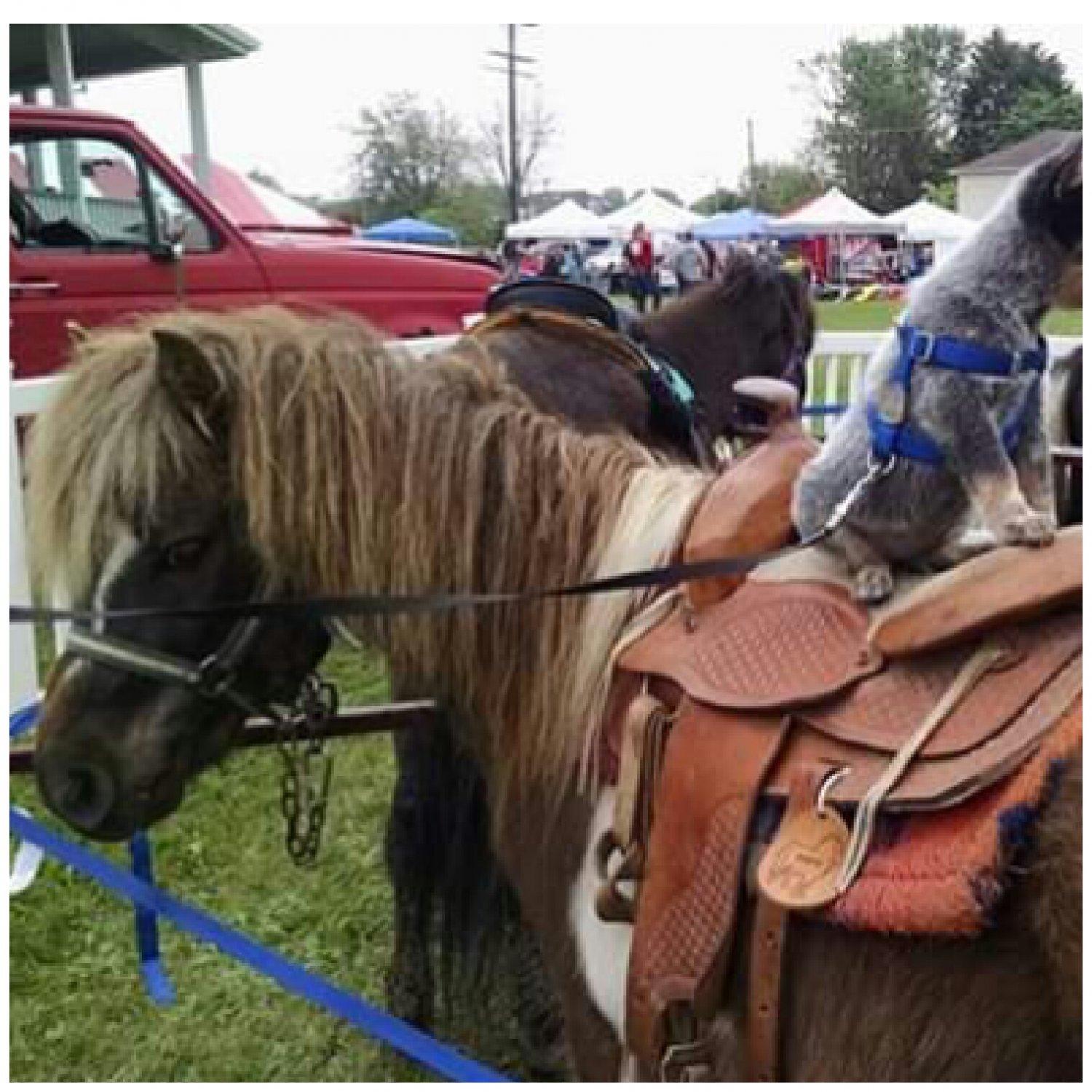 Those photos made me cry ,.......
the former owner is clearly a heartless fidiot and should be made to carry the load of fools on her back in circles for hours a day ,........ while crowds of people stand by and watch without crying out for someone to save her.

The few people that I have personally known that did pony rides/petting zoo services took excellent care of their ponies and all animals. They also had a weight limit. The pony rides were for children only AND if a child was acting ill toward the animal the child was removed immediately. Both people I know had the highest respectability and the one was booked generally 2 years in advance for events. The one had an employee that was seen by the trailers smoking and he was immediately fired. She had a strict policy.

Are there bad apples? Sure, but every time there is one then people want to destroy the whole. That is not ok.
So IMO should pony rides be allowed at fairs? YES. However the fair should be hiring those that are reputable and have healthy animals with the proper parameters in place.

When my children were young getting on a pony for a short ride was a highlight for them. They loved it and looked forward to it, outside of a local fair there wasn't much opportunity for them.

Agree with @Southern by choice . I see nothing wrong with animals earning a living. But, if they're going to work they should receive the best of care. There should be weight limits even though ponies are well-known for being stronger than their full-size counterparts. The persons who hired this person are the ones perpetuating the problem. I'm glad that she's out of business and you were able to give a couple of her former employees a good home!

As a child, those pony rides were so exciting that I still remember them. Most people take good care of their animals. Don’t condemn all for the actions of a few. Even now, I go see the pony rides. I’ve never seen starved ponies.

My thought is that anyone that would saddle a two-year-old and use it for pony rides is so ignorant it hurts. Yes, you have shown a lot of pictures there of people who are way too big for the animal they are sitting on; for me, that just underscores the lack of knowledge. Sadly, such things are not restricted to pony rides; YouTube has scads of videos of people riding minis, most of whom probably weigh at least half what the pony does.

When we have had pony rides at our local fair, the people doing it were very careful with their ponies; I remember one who wouldn't let my daughter ride a pony that I thought could manage her weight easily (she was about 6 years old at the time); they put her on a bigger pony. They also brought a lot of ponies, and rotated them on a pretty tight schedule.

As far as the Christmas picture, this is my mini, Blondie: "Easter Pony" - it was raining at the moment, and someone forgot to set up the awning, so we were sheltering under an overhang when I took this pic.

Blondie has the personality of a Golden Retriever - everyone is a friend she hasn't met yet. She is 35", about 250 lbs, roachbacked, cowhocked, and has stifles that lock if her feet get too long (I have to keep her trimmed at what I consider an abnormally steep angle, but it works for her. She is actually a little long in this picture; I let her feet go a bit because we were going to be on concrete/asphalt, and a little extra room seems better on hard surfaces). Blondie's ancestors are show horses, so she has a dainty frame (To truly look like a horse in miniature, the best-bred Miniature Horses have light frames, rather than sturdy ones). This is really the only kind of "work" she can do. Some people may consider it offensive, but she seems to enjoy it (she definitely enjoys the carrots!) and she takes Facebook by storm every time she goes out in public.

We've done a number of parades, and a number of different costumes; lacking a flair for decorating doesn't offend me. The only thing that really bothers me about the Christmas picture is the stud chain - any animal that requires that much leverage probably shouldn't be put in that sort of situation.
Last edited: Oct 10, 2019

I agree with everyone, that there are some pony ride businesses that take care of their ponies. I doubt anyone riding these ponies realized how starved they were.....their saddles/pads covered up a LOT.

The problem is that there are not strict enough guidelines/laws for care of livestock so bad owners continue to get away with abuse/neglect. I think it's fine for animals to be put to use to earn their keep......as long as they are taken care of properly. In this case, she wasn't feeding, vaccinating/worming properly or protecting her ponies from inappropriate riders.....
You must log in or register to reply here.
Share:
Reddit Pinterest Tumblr WhatsApp Email Share Link