My sister has 2 steers that are being raised to slaughter.
They were about 6-8 months old when she got them.

She has had them 3 1/2 months. They are on about 5-6 acres pasture (this is a guess as to how big the pasture is). The pasture is lush and green right now.

Right now they are getting a flake of oat hay or 3 grain, 1/2 flake of alfalfa twice per day.
1 bucket grain each a day. So 1/2 a bucket each 2x a day.
The bucket is the 8qt from tractor supply.
The amount they are being fed is what the breeder told her to feed.

My sister is wondering when she needs to up the amount of hay/grain. If the hay she is feeding is good for them?

They are red Angus.
F

Where are you located? Good pasture at this time of year makes me think south of the border???
Are the steers cleaning up what she is feeding and looking for more? What is the projected slaughter size? There are alot of variables here. Any hay is good if it is well made and not moldy/musty. I let any of my cows have a good grass hay free choice. If the pasture is good they may not eat much of it anyway. Too much alfalfa would possibly cause some problems, but they aren't getting anywhere near a problem amount. A sq bale a day of alfalfa would be getting to the upper limits in my estimation but a flake or two isn't much. I feed 2-3 flakes EACH, to my nurse cows when they come in the barn and they clean it up in less than an hour. When they first come fresh, they get about 2-3 gal grain twice a day because I want them to be coming into as much milk production as they can. About a 5 gal bucket per cow per day. For a feeder steer, about half that so I am thinking you are giving them enough. You might want to add another gallon or so of corn a day for the last 60 days before butcher. I mostly grass feed and finish my jerseys so they don't get more than about 5 lbs a day for the last month.
You will want to send them at somewhere between 20-25 months to butcher. Maybe the end of this summer late after the grass is getting done? They should look really fat and rounded . Hard to describe a finished look to a beef steer.
If the slaughter houses are anything like ours, they will get very busy towards the fall, so you may want to determine the time to butcher around when you can get a date to take them. We are usually about 2-3 months out here.
After 27 months, you will not be able to get T-bones or backbones. Has to do with the federal laws about the BSE and the spinal cord. So if you are okay with ribeyes, and NY Strips, no big deal; but if you want T-bones, then they HAVE to be younger. I do like to get the backbones, as they have alot of meat, so try to always get mine done before 27 months. Otherwise, I am fine with the cuts that do not have the backbone in it.

My sister is located in Yuba county, CA. Northern CA. They have gotten a lot of rain this year. Lots of green grass in her pastures. I asked her to send me a picture I could post of her pastures and the cows. As soon as she sends me pics, I'll post them.

I asked her everything that you asked. She said they do eat everything she gives them. They eat the grain first, it takes them a while to eat all the hay.

I believe she said around 1500 lb minimum slaughter weight.
F

greybeard said:
The SRM rule was lowered to 27 months?
It used to be 30 months.
Click to expand...

You're right. It is 30 months. I was thinking of something else when I wrote that. The only thing I have found is that if there is a question by the butcher about the age, they will err on the side of caution and sometimes teeth will not be reliable to tell age. I was thinking about how we try to calve heifers at 27 months... Sorry for the mis-information and thanks for catching me.
F

1500 lbs for a slaughter weight on red angus is going to be tough to do, unless they are getting feedlot rations. They normally will weigh in the 1000-1200 lb range at 24-26 months. Sure, you can have 1500 lb angus, and some areas of the country they will get that big. But it would be really pushing them to get to that size before 3 or 4. Most of our angus cows at maturity of 5 years weigh in the 1100 to 1200 lb range. We have a neighbor that has some "big" angus cows and they seldom will hit 1500. Our breeding bulls will maybe hit 1800; occasionally 2,000 . But I am talking animals that are 5 years old and older.
If she thinks she is going to get them that big for slaughter at 24-30 months, then they had better be pushing the feed. Free choice hay 24/7, and they need to be getting at least double the grain they are getting.
Once they reach a certain size, they will be putting on fat. A certain amount of fat is good, and marbling in the meat, will take place as they reach 18 months age and older, on average. They have to grow first then as they mature, the marbling takes place. Too much fat on the outside of the meat, will only result in alot of wasted feed, and alot of trim off the carcass.
A good weight gain is about 2-2.5 lbs per day. Some will gain more. But that is an average until the animal reaches a certain stage, then they will just put on some fat, but will not gain near as fast.
On average, we figure that a 24-28 month old heifer that is bred will weigh about 1,000. A steer naturally will not be carrying a calf, and steers do get a little bigger than a heifer, but still, that's alot of weight gain. Do you know what they weighed when she got them? Are they tame enough that she could use a "weight tape" to get an idea of what they weigh now? That would give you an idea of what they are gaining on the amount of feed they are eating; and how much increase they need to gain more/faster.

My sister found the papers she got from the breeder. DOBs May 2nd & May 29th.

She is feeding horse quality hay and Showtime cattle feed. She sent me a pic of the label but you can not read it. 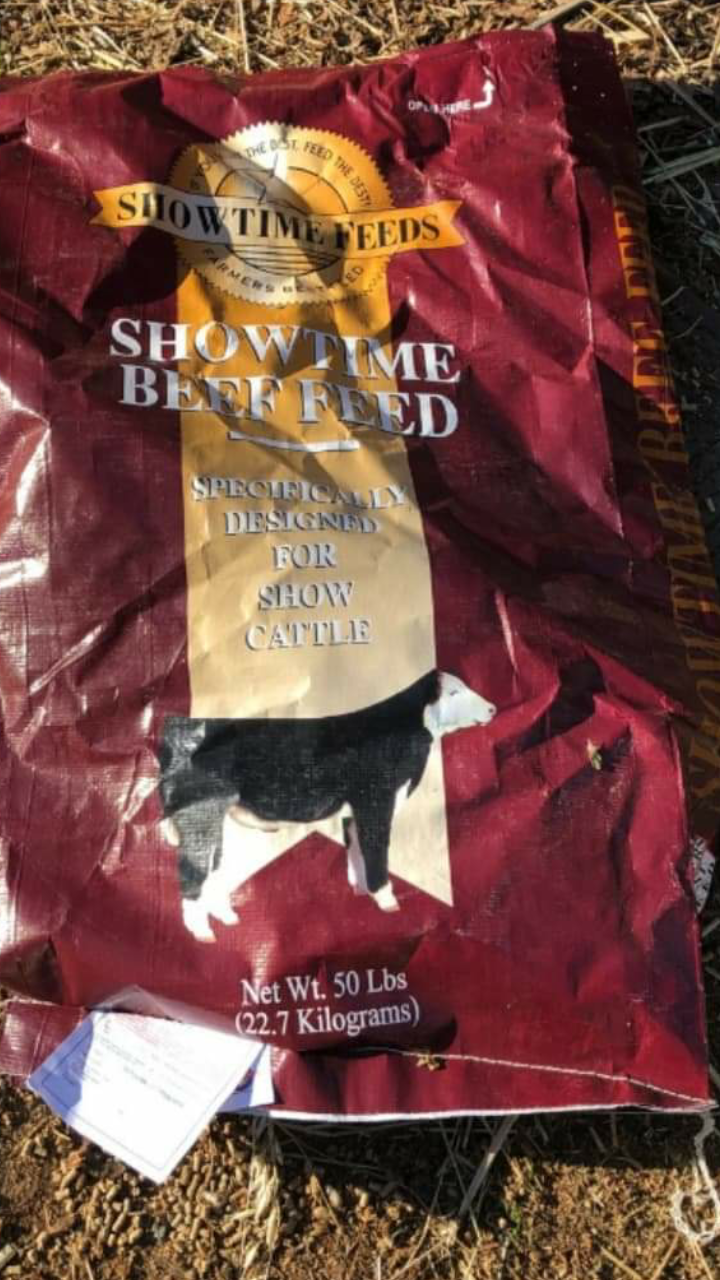 They are friendly. They will come up to them for head scratches and food. She is not sure if they will stand for weight tape. She will attempt as soon as the weather is nicer.

Asked her about weights. The breeder told her sire was slightly over 2000 lbs the last time they weighed him. She does not have information on dams weights.

Go here:
https://farmerswarehouse.com/products/
Click on Showtime, then whichever beef feed it is, as there are several Showtime feeds.
Example: 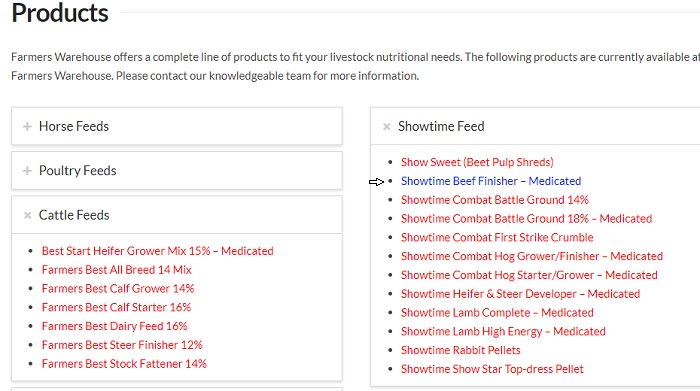 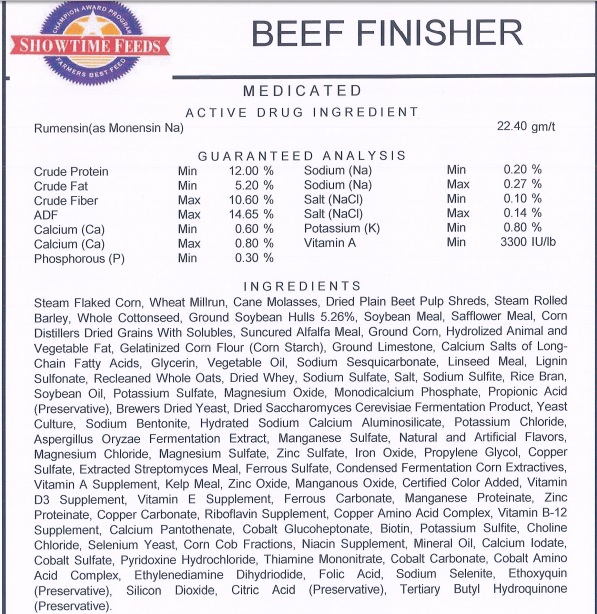 Thank you I'll look it up now.

Pictures of steers and pastures. 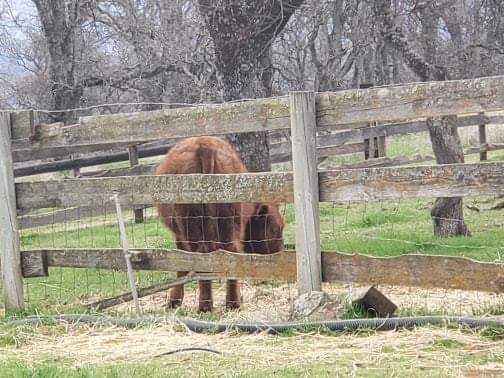 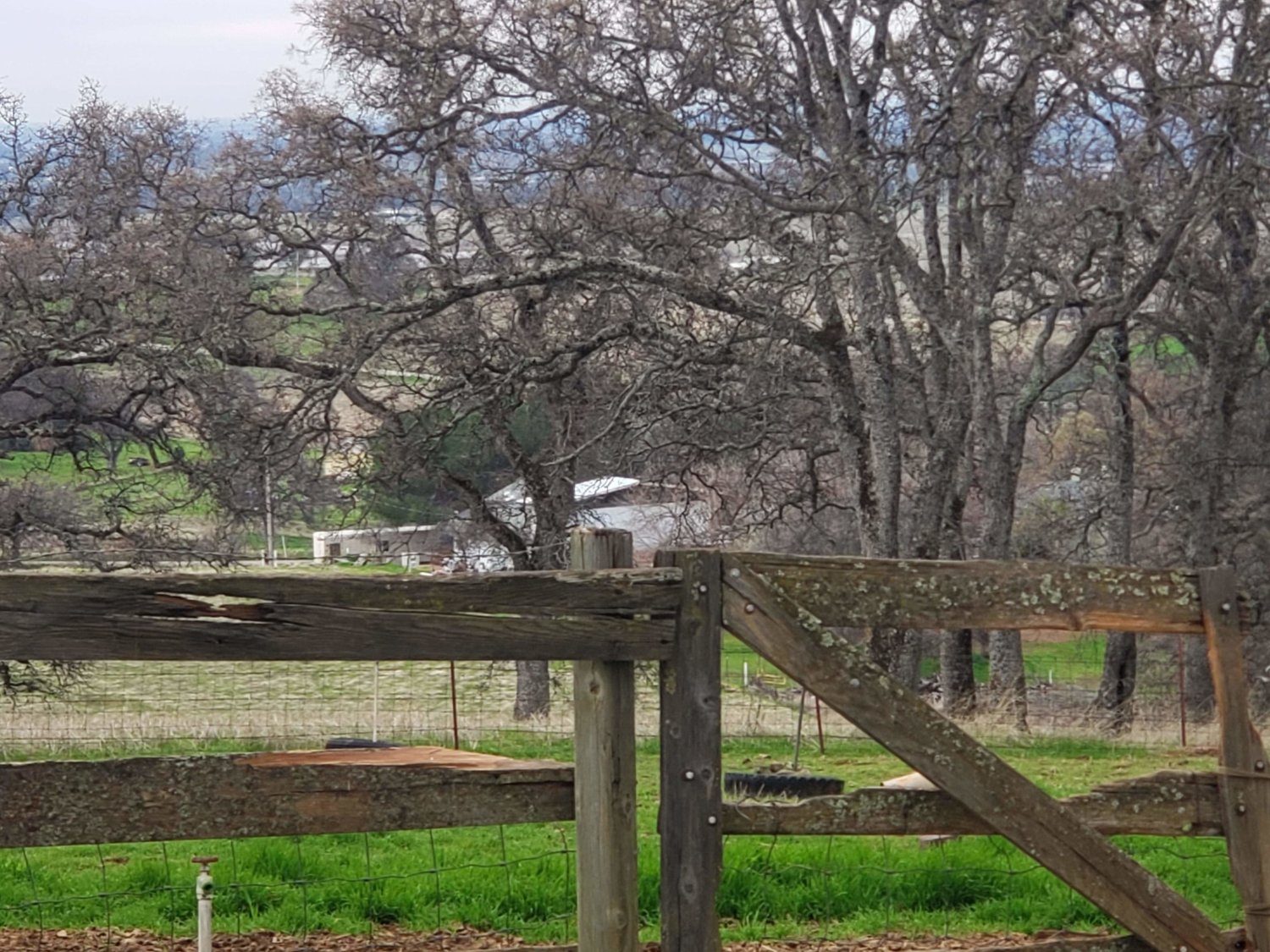 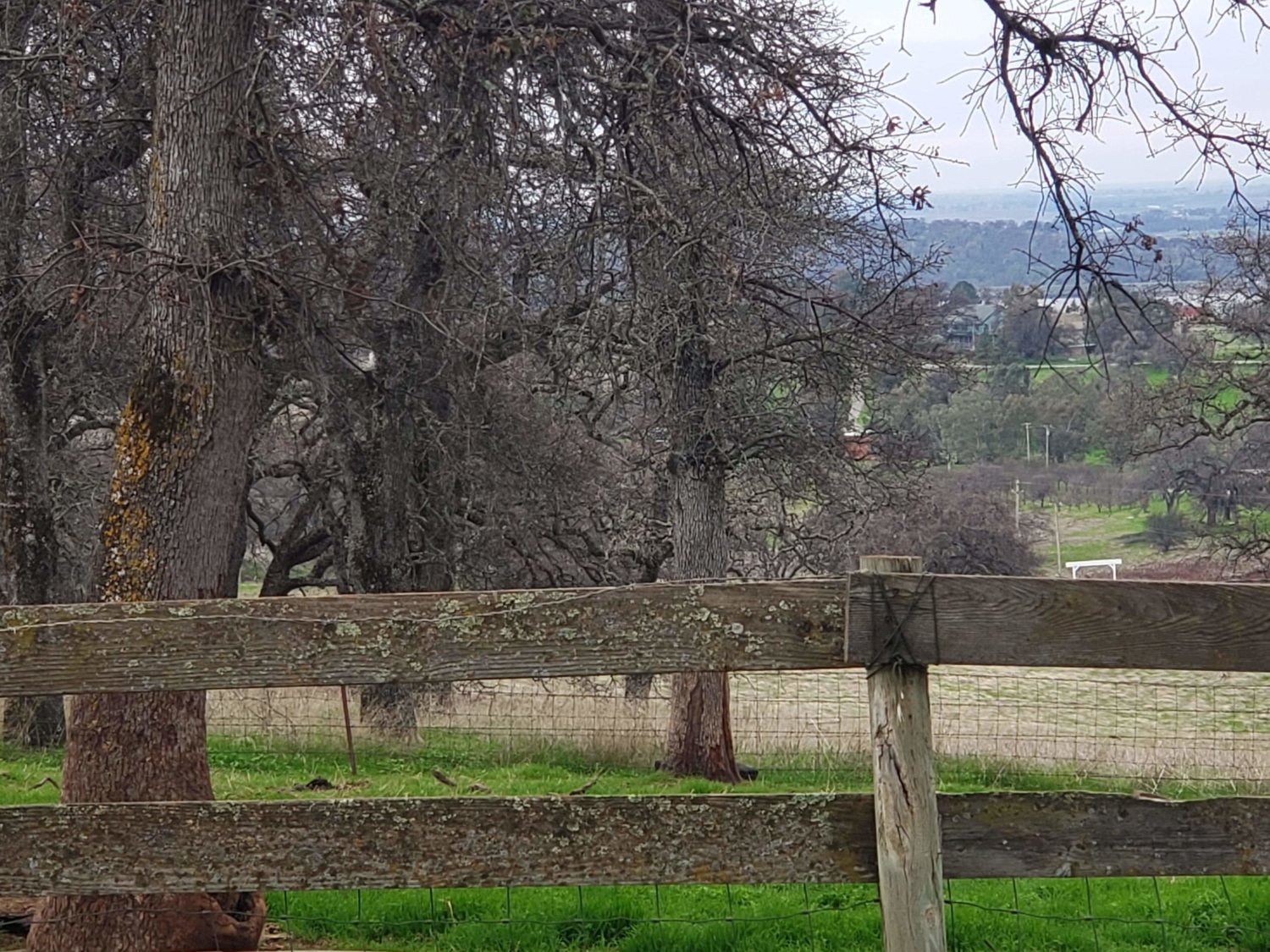 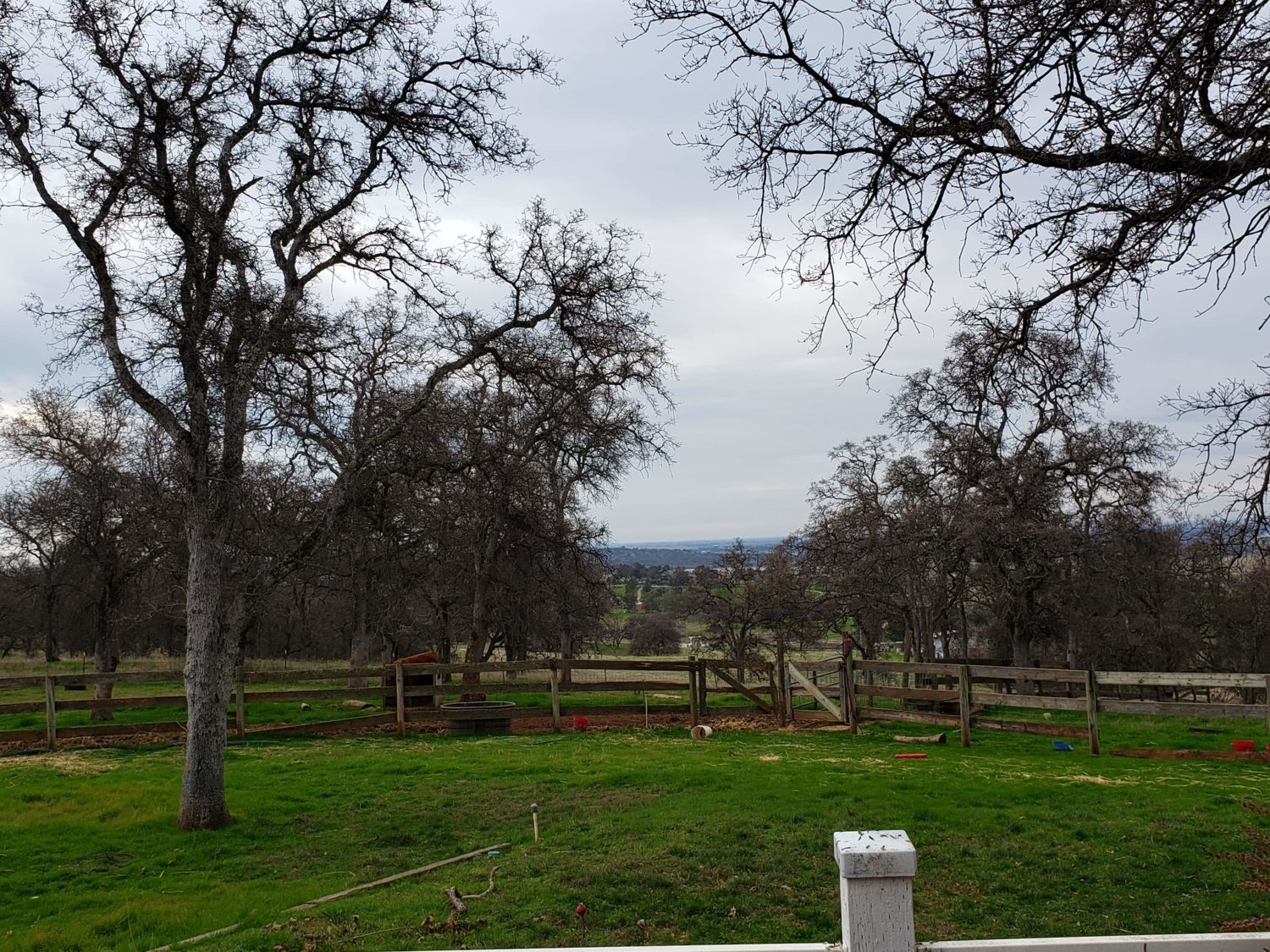 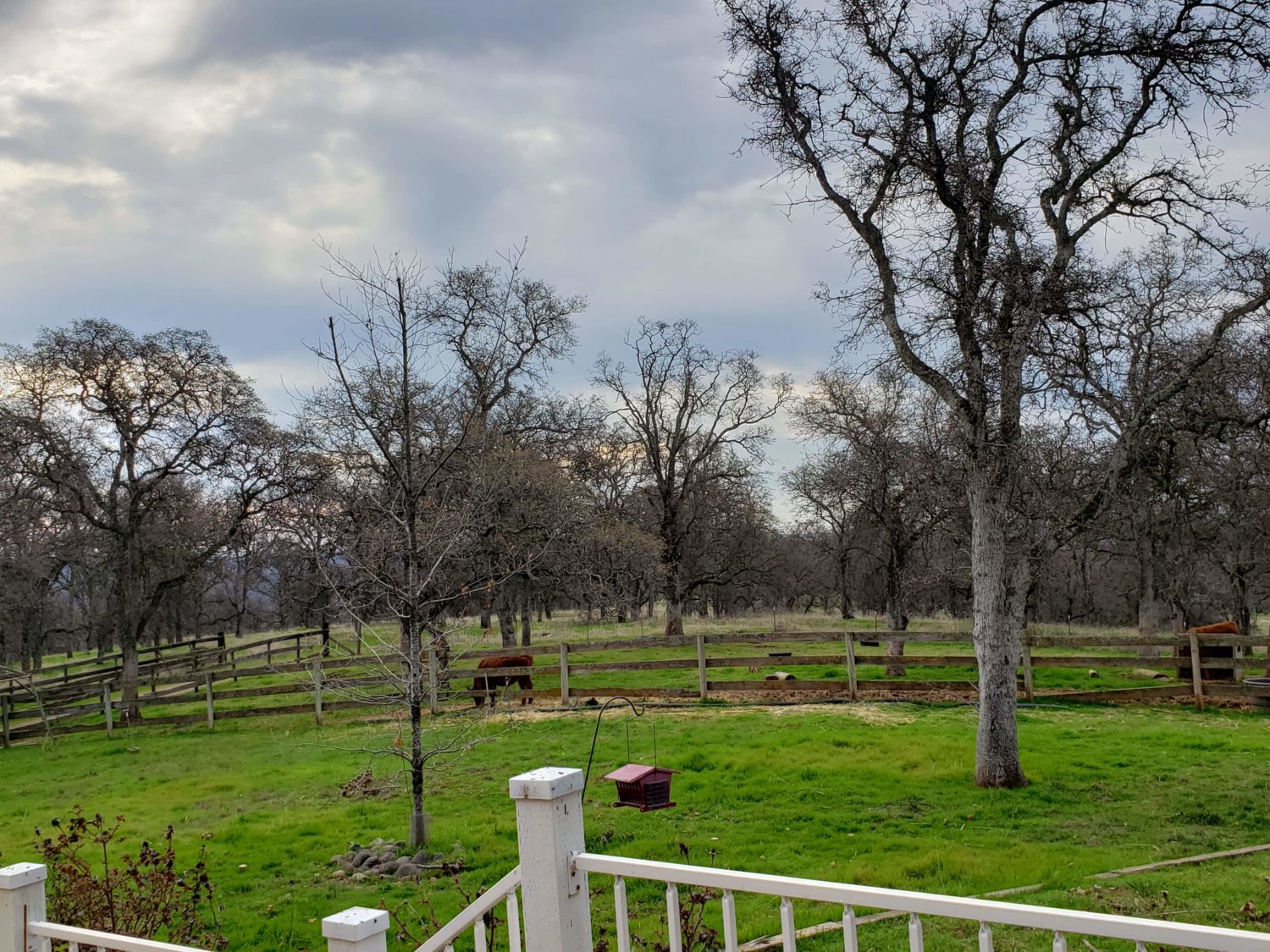 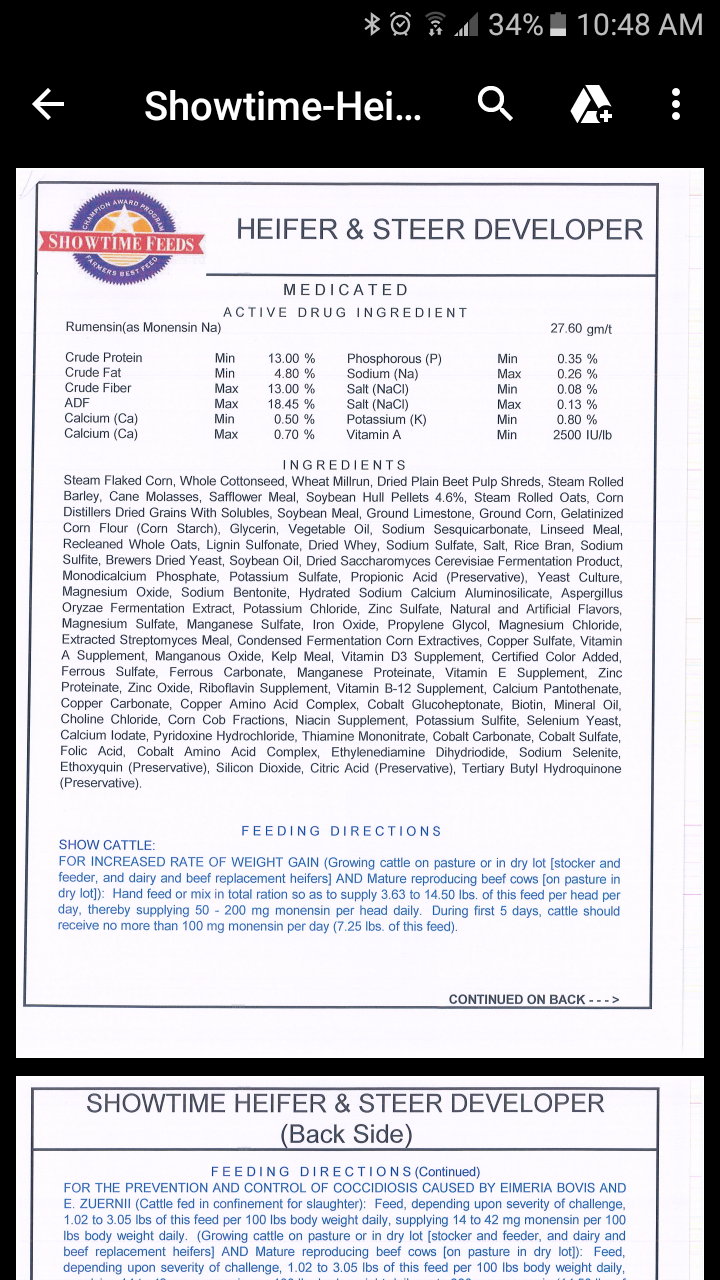