Greetings from New Mexico! We have been rescuing New Mexico Dahl Heritage sheep for over 40 years. Hundreds of these sheep arrived in the south west with Francisco Vasquez de Coronado in 1540. His journals indicate he lost most of them along his journey. They went feral, surviving almost 500 years.
Last edited by a moderator: Mar 2, 2022

Hello from Tennessee! That sounds really interesting, hope to hear more about your sheep!

Do you have pictures of them?
T 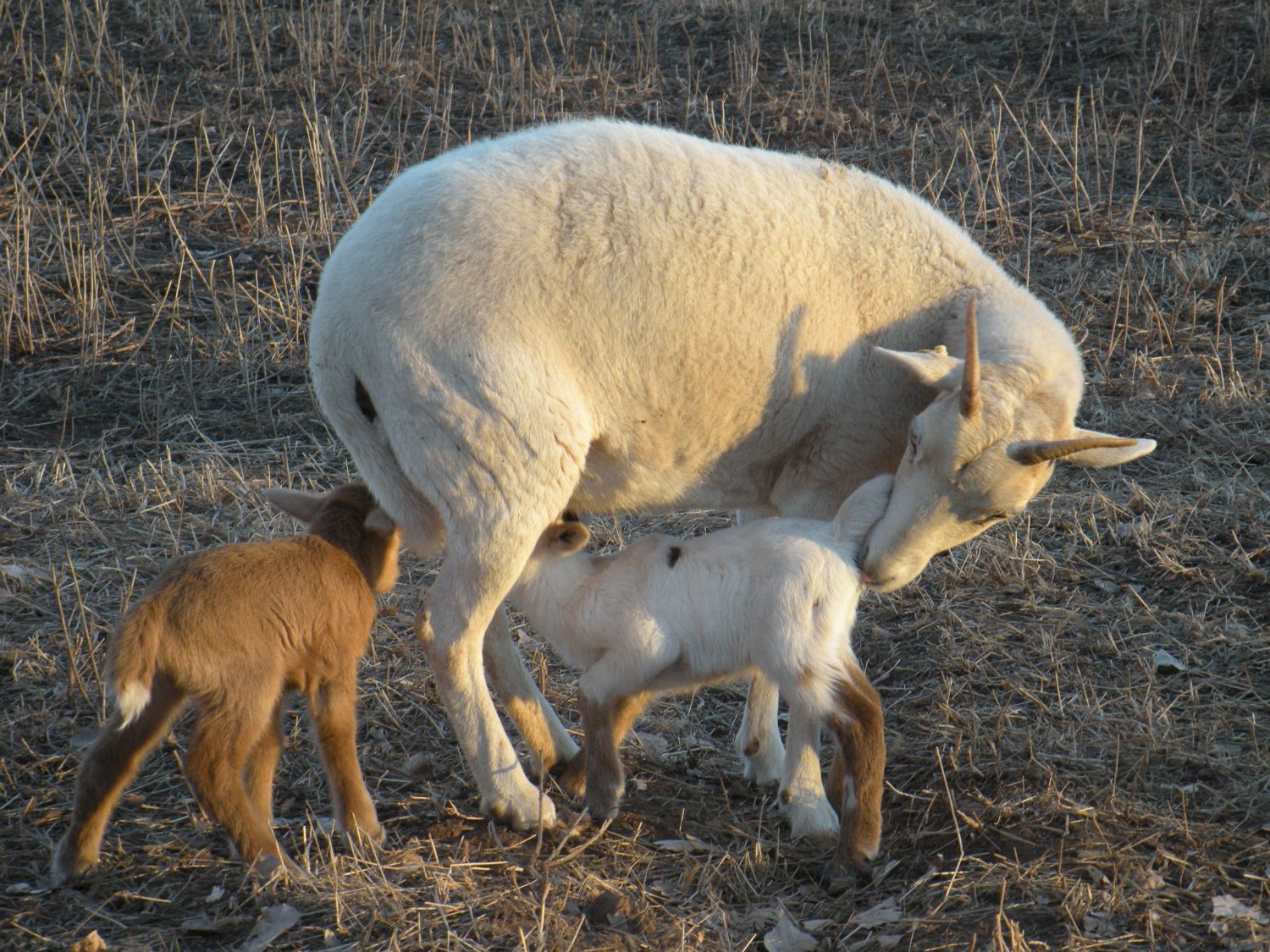 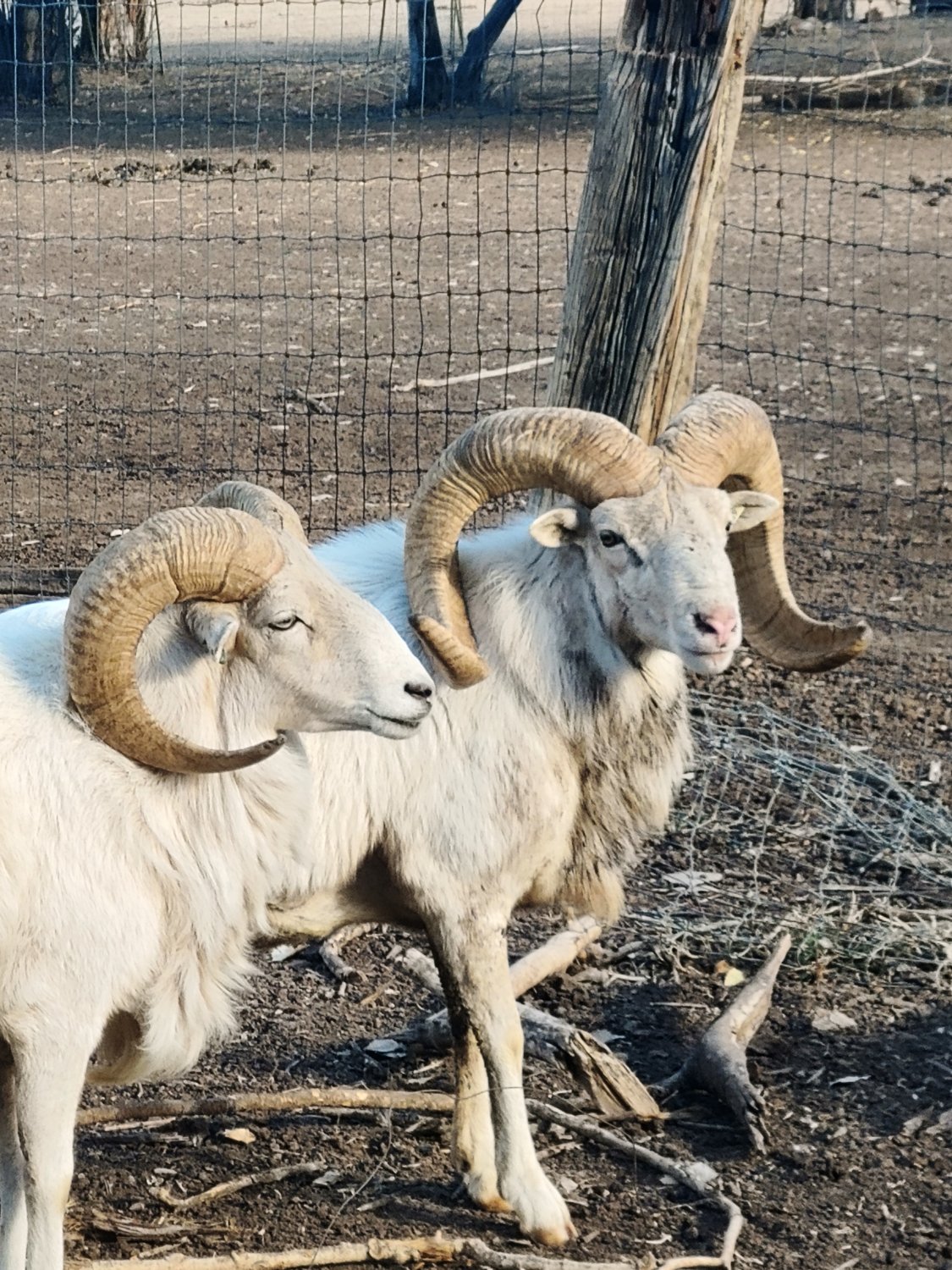 They sure are nice looking sheep. @farmerjan’s son in Virginia, raises Texas Dall sheep. They look a lot like your rams.

Those are impressive rams with that curling horn. I see color on the lambs, I’m guessing that all colors are acceptable. My phone won’t open your web site, I’ll try later on my computer.
T

Baymule said:
They sure are nice looking sheep. @farmerjan’s son in Virginia, raises Texas Dall sheep. They look a lot like your rams.

Those are impressive rams with that curling horn. I see color on the lambs, I’m guessing that all colors are acceptable. My phone won’t open your web site, I’ll try later on my computer.
Click to expand...

Hi and welcome to BYH. Yes, my son raises White Texas Dalls. Right now we are down to about a dozen... We have raised them for the rams horns... to go on a couple of "hunting preserves" that sell hunts for the rams. They are semi-feral.... we do not make pets of them except for the occasional bottle lamb. The funniest thing is the rams are usually calmer and friendlier than the ewes. They look exactly like the white rams in your picture. We do get some colors or spots on occasion but they are not really liked much on the preserves. The one guy also has some others available for hunts, Barbados Black Bellies, Mouflons. I like the Mouflons heads but they do not do good here with our wetter conditions than they are originally bred for - semi-arid type conditions. They get too many worms and do not breed good here. With the last few years of covid and all the financial stuff, the hunting preserves are not doing much. And as you are probably well aware of, the rams will break horn tips and such, which lowers their value for these paid hunts... and if you raise very many, rams will be together and they just naturally want to "butt heads" during the fall breeding seasons.

We originally had horned dorsets, wool sheep. The wool market was so bad and the horns were not liked by so many. He saw these when at a sale with a friend that raised fallow deer, and got hooked and no shearing. He has had them for probably 25 years now. Has been breeding 3 different strains trying to get good worm resistance, good feet, and good heads all on one animal.
We are having some trouble with coyotes this year as he is not living at his house but with his GF 30 minutes away. Don't know what he is going to do about it, go back to some donkeys or llamas with them, as LGD's are not an option there.

Terrapatre said:
Greetings from New Mexico! We have been rescuing New Mexico Dahl Heritage sheep for over 40 years. Hundreds of these sheep arrived in the south west with Francisco Vasquez de Coronado in 1540. His journals indicate he lost most of them along his journey. They went feral, surviving almost 500 years.
Click to expand...

I have been reading up on so many of the great heritage breeds lately. It seems that these lines are quite hearty compared to some more modern breeds that seem to need manicures, coiffure, perfume and deodorant along with a cabinet full of medicines just to stay alive! We have been working with the Leicester Longwool, which was only bred out in the 1700’s from (then) heritage breeds. They have the long legs, enormous carcass, naturally polled and a nice healthy weight of 160+ at 6 months for market, 230-270lb for mature ewes and 260-280lb for mature rams. We just finally broke down, as we are getting older, and got a sheep ’spinner’ to add to the handling system and the big rams just have to wiggle and squeeze to get through it! (if I’d been thinking…and not so chea…thrifty…I would have gotten a calf spinner!) But these sheep have great health and since the surviving flock was found in the 1920’s in Tazmania we have worked the population up to a little over 1000 breedable sheep. The real beauty of this breed is in the wool. they squeeze out over a foot of it every year and it’s fine, glossy and in long straight ringlets. We shear twice a year so that it isn’t dragging on the ground..also the spinners like shorter lengths of 4-6” for spinning…so we give what the market demands! Your rescue operation sounds (and looks) like a very worthwhile effort! What a beautiful breed of sheep! They must shed? I think if I could talk my sheep into that it would solve a very expensive semiannual headache (lol!)
Best of luck in New Mexico! We’ve been thinking of moving to warmer climbs lately but moving a sheep farm is no small task for an old shepherd and I’ve no intention of giving up the sheep just yet! My plan is to retire at 80 or when the breed is off the critically endangered list. Until then…Baaaah!
You must log in or register to reply here.
Share:
Reddit Pinterest Tumblr WhatsApp Email Share Link