Another big howdy and welcome from the Great Lone Star State, where the stars at night are big and bright! Glad you found us! Grab yourself a beverage from yonder table and sit a spell... unless that ewe of your is finally having her babies. If that's the case we would love pictures! Please and thank you.

Welcome to Backyard herds!! Who's the pup in your avatar?

The pup is Prince our fierce livestock guardian dog. He's an Anatolian Shepherd only 11 weeks old.
I am working on uploading the pictures of my animals.

I attached a few photos. Some animals were not impressed with the camera. They refused to stand still or pose for me. I went through what I did take and these are the ones that are not too blurry and in some cases you can even see their faces! 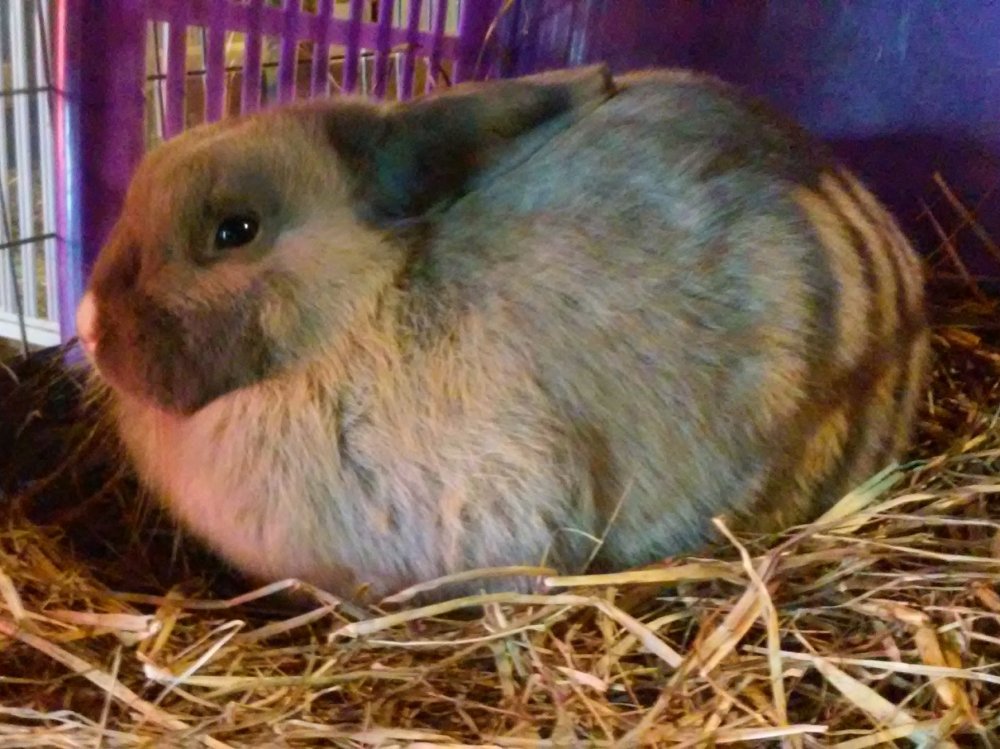 Cinnamon the young doe. Just a pretty mixed breed I received for helping my neighbor butcher a bunch of meat rabbits one day. 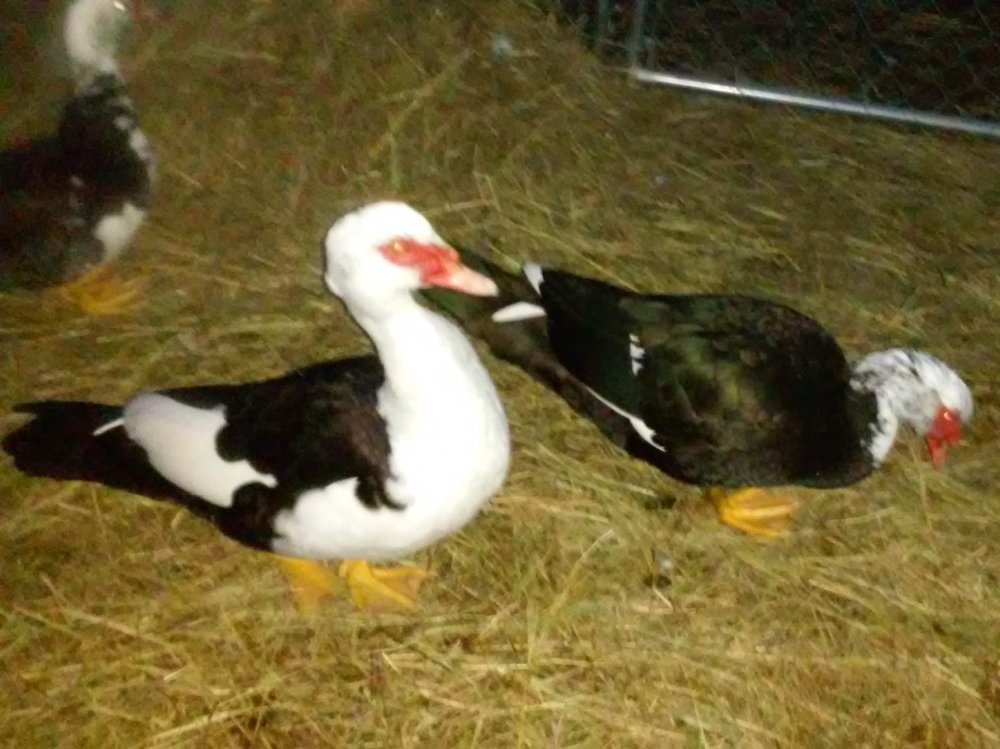 Commador and Ben the two Muscovy drakes. The ladies refused to get their photo taken on such a sloppy day. Sorry its a little blurry. 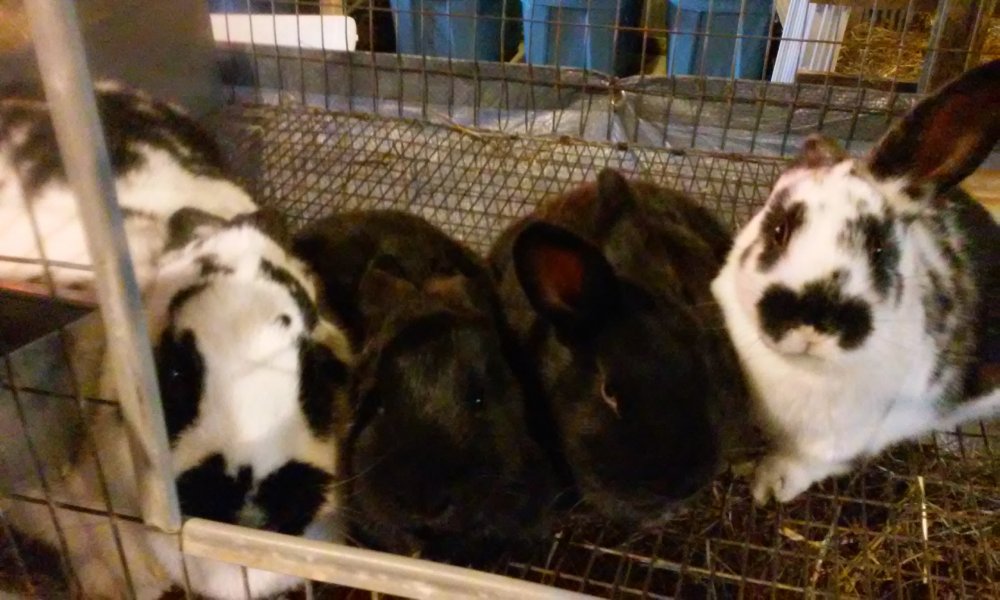 Gloria on the left with her kits. The little broken doe on the right is going to my friend whose buck is the sire. 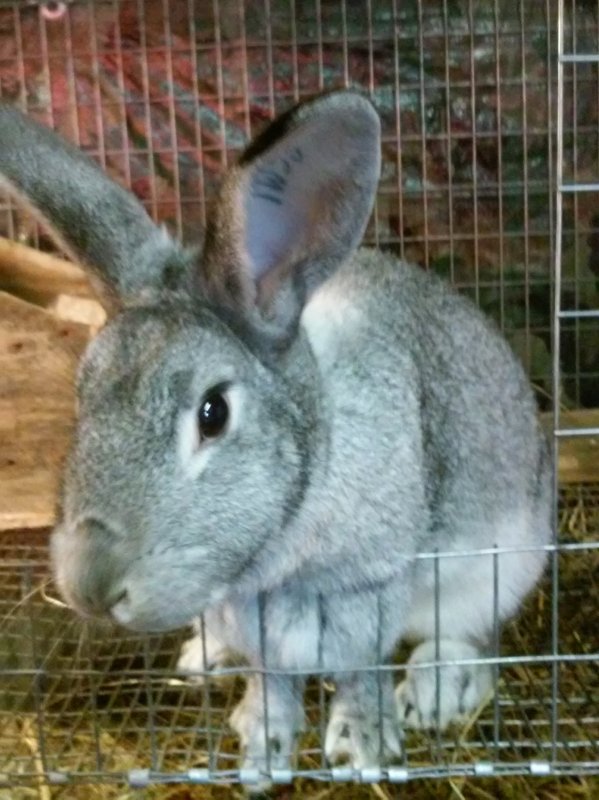 Nellie is a registered American Chinchilla Rabbit. I call her Nastie Nellie because she is a messy messy girl. 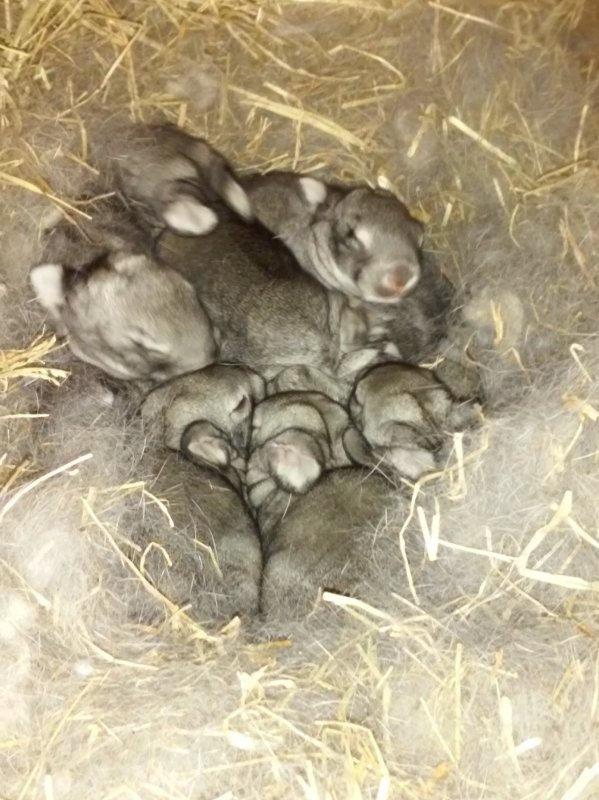 Nastie Nellie is a great momma with her first kindle of eight. 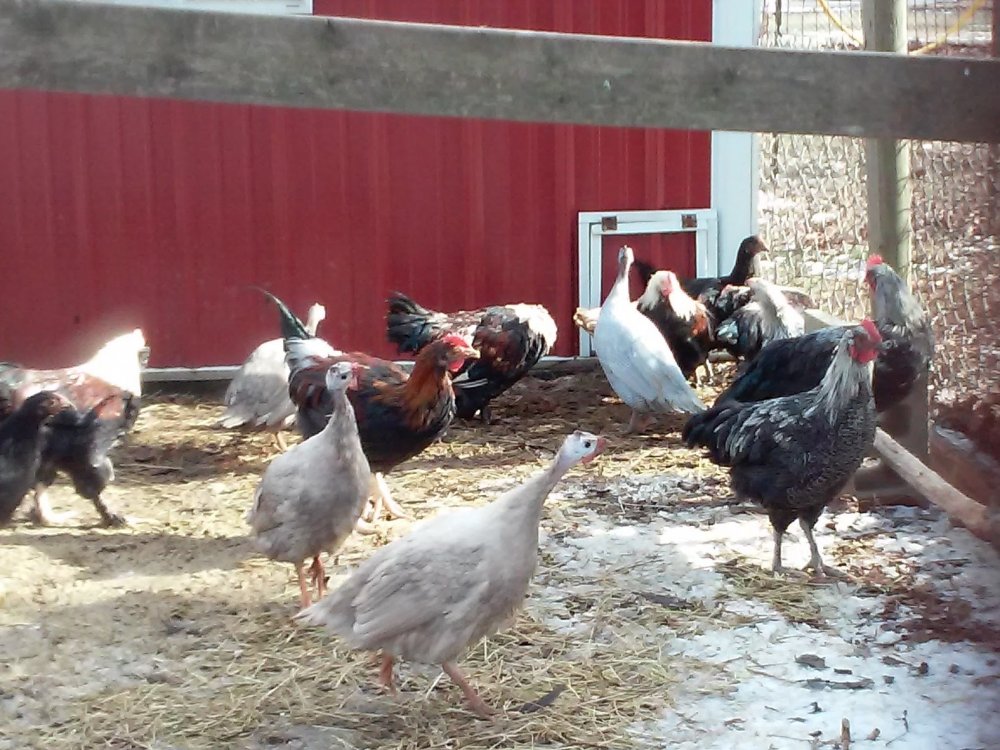 These Dorkings, Favorelles, and Guineas came as day olds from Sand Hill Preservation on October 26! They were in the house and then, when they were old enough, the went to the barn, then finally to the coop. They are such happy and funny birds with wild, livid personalities. 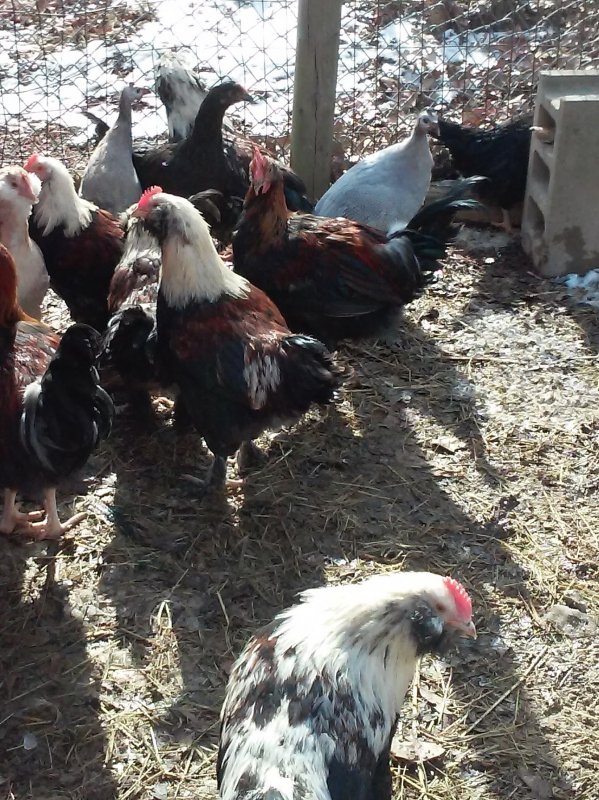 In the spring I'm going to let them free range.I'm also getting two more guineas for the tick and chigger control they are great at. 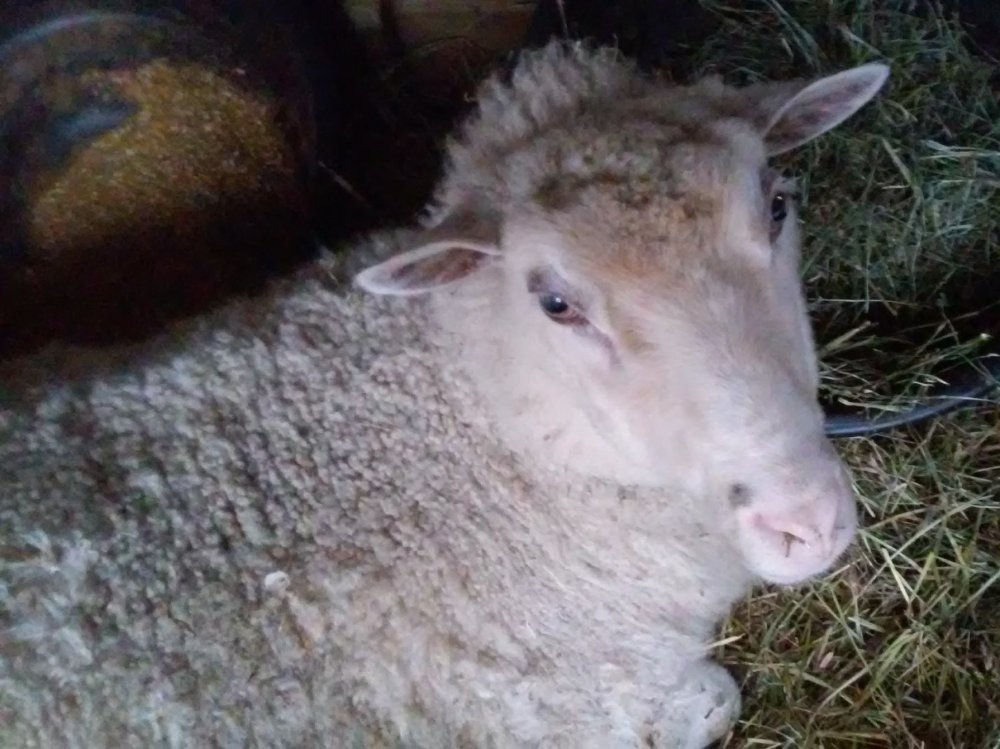 This is Kaarina my big pregnant Finnsheep ewe. 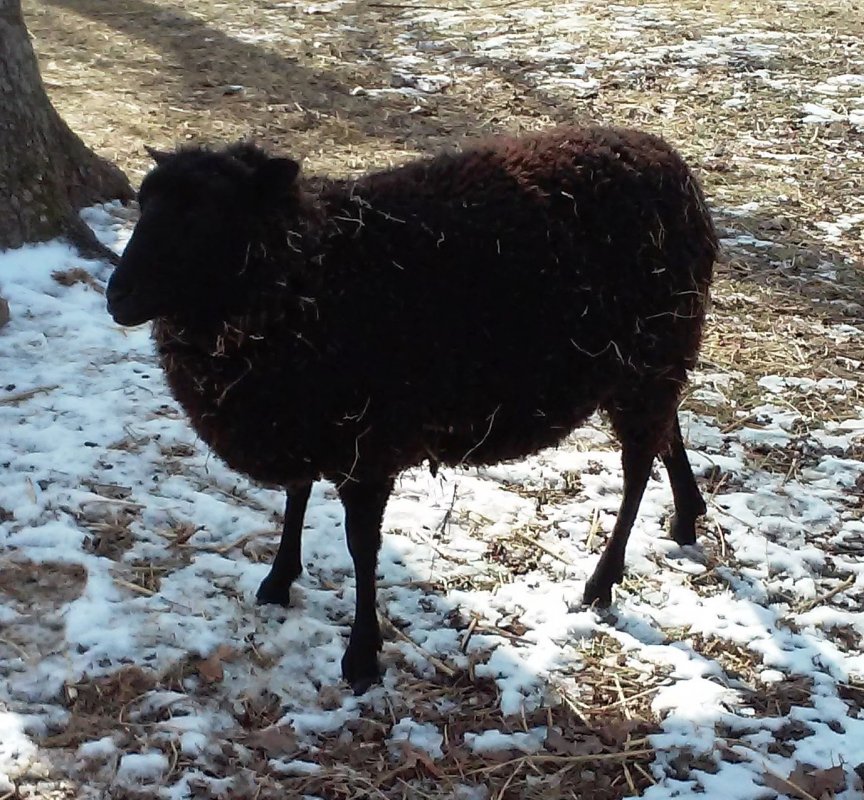 Athena who is carrying her first lamb(s) due in late March. She's a hay magnet. I can't keep her fleece clean no matter what I do. In the spring I'm getting coats for all of them. I'm researching them now for the best quality. 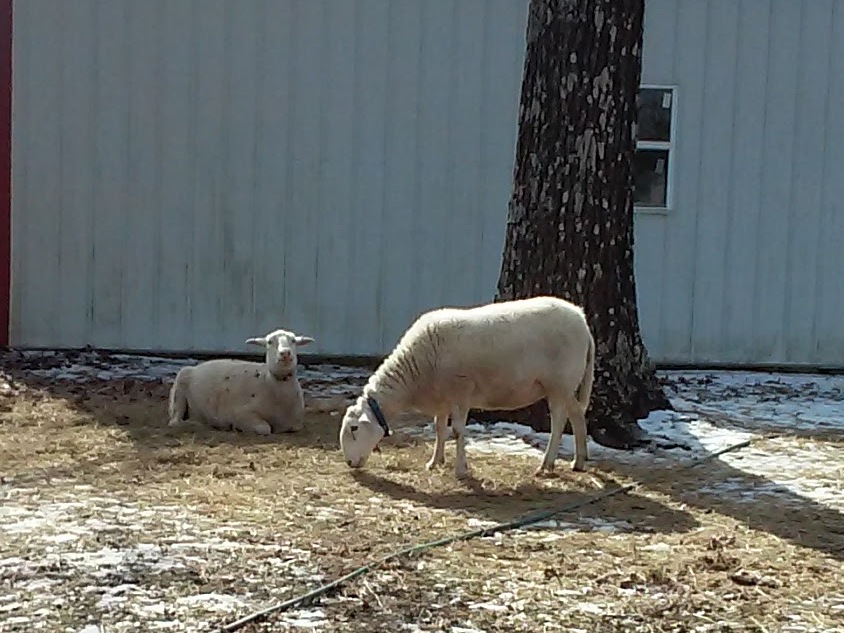 Spots (lounging) and BettyLou (eating as usual) my two big hair sheep. They are such sweethearts. They're both due in March as well.

Holstein, my Finnsheep ram would not let me get a decent photo so I'll have to add it later.
M

Beautiful animals. Seems we are all living "together" in the nasty mud this year -- from rain to snow & ice, the meltdown is MUD!

Lots of knowledgeable people on here -- willing to help others. And we all LOVE to see and share pics, especially with others who can actually appreciate our simple joy at the hatching of a chick or birthing of a lamb, or picking the first ripe tomato!

Welcome from Indiana. I have some friends there living in the Ozark's. I do not know how big a range that is. She is an artist and uses a shed on their property for that. He welds and uses the barn. If I were there, I would have some animals in those structures. Are you in the mountains?

Welcome. You would probably enjoy books and blogs of Gene Logsdon.

Thanks for sharing all the pics of your animals with us! Very nice looking group you've got there!

except the lack of dogs or goats

Ah now, @Latestarter, not everyone can have it all all the time. We'll work on @Ponker and before you know it we'll be seeing the new goaties and LGD... patience my friend.
You must log in or register to reply here.
Share:
Reddit Pinterest Tumblr WhatsApp Email Share Link