Hi there from South Central Iowa!

I've been a lurker here for quite some time and a member of BYC since 2011. We're living the dream raising 3 strong farm boys and staying busy with our simple little life in our paradise.

We started our farming endeavour with a shipment of 25 chicks in the spring of 2011...Well...unless you count the great duckie homicide of 2010. Needless to say, being a noob with ducks didn't bode well.

Anyway, 25 chicks quickly blossomed into adding a goat...and then a female Great Pyrenees named Nana to keep everyone safe and not have another mass casualty...poor duckies. In the past 6 years we've added and subtracted chickens several times and now hover somewhere around 75 and counting. Seems I've always got a broody I can't say no to. In 2015 our neighbor roped us in to raising a bottle lamb...She really didn't have to sell it that hard, I mean c'mon how cute is that! Also added a male Pyrenees, George, in 2015. Didn't really intend on adding him but when your neighbors have puppies and you're a softie, why not?

And now here in 2017, we've had our first lambing season after purchasing 20 ewe lambs (3 of which were bottle lambs we raised from said neighbor), 1 ram lamb and a wether to keep him company, in the spring of 2016. Since we bought sheep, of course the next logical addition is a sheep dog! We added our Border Collie, Nellie(she's my avatar) last year on Memorial Day.

Said neighbors also have us raising a bottle calf right now that one of the boys is showing for 4H. She's an Angus named Bella and will grow up to be a mama some day. We also have a bunch of little fluff balls right now that are starting to head off to their new farms. Nana and George had their second litter early this April. I do still have a few available if anyone is interested, listed them in the buy-sell-trade if you want to take a look.

Greetings and welcome to BYH from NE Texas. Sounds like your farm-stead has come right along Sure would be nice if you'd be willing to share some pictures... we all love pics

. Please make yourself at home and glad to have you with us!

Wow! Talk about jumping in (eventually) with all four feet! Good for you!!!

You have added enough animals, makes me wonder if y'all are going for the arc effect. Do y'all live where you can put that boat in the water when it gets full???

From beautiful, green East Texas, where the sky, at night, is big and bright. DH and I were just out, in the cool night air, last night, marveling at beautiful, bright moon and stars!

Actually, we used to be neighbor's - well almost . . . DH and I met and married in Rochester, MN 18 years ago.

So glad to have you join us! It sounds like y'all have enough experience you can add, nicely, to many discussions!

Sounds like a Paradise to me!! So glad to have you join us. We love pictures, LOTS of pictures! We have sheep, horses, chickens, Muscovy ducks, 2 Great Pyrenees and we love it!

Welcome from Ohio! I have sheep too, but not quite as many
What kind of sheep do you have, and what are you raising them for? (meat, wool, milk, something else?).
How did lambing season go for you? We'd love to see some pics, too!

norseofcourse said:
Welcome from Ohio! I have sheep too, but not quite as many
What kind of sheep do you have, and what are you raising them for? (meat, wool, milk, something else?).
How did lambing season go for you? We'd love to see some pics, too!
Click to expand...

Most of the ewes are Polypays or crosses. Raising them to produce offspring to grow the herd and also meat production. Our ram is a Dorper/Katahdin so we've introduced a little more hair in our line. The ewes have wool, some ewes have a little more hair sheep in their cross and you can certainly tell at shearing time. They make it so much easier not having to shear their face or legs!

Lambing season went well. We did lose one ewe and her twins, her water broke before she was in labor and infection set in. One ewe lost her lamb because it was presenting upside down-that wasn't an easy pull. The rest of the mamas did well and had nice big healthy babies. Of the 16 ewes that had live lambs, we totaled 24. Pretty much split right in half boys and girls. We'll keep most, if not all, of the ewe lambs to raise as breeders and sell the wethers.

I'd be happy to add some pictures, but it keeps telling me my images are too big...I'll have to figure out how to resize them.

Right click on the picture and a menu should pop up. Click on edit. the picture will pop up, click on resize. I back space the 100 on horizontal and vertical and type in 50.


Sorry about the ewe and lambs that you lost. It hurts to lose them.

Here are a few pictures of this year's lambs. Baymule, thanks for the tip! 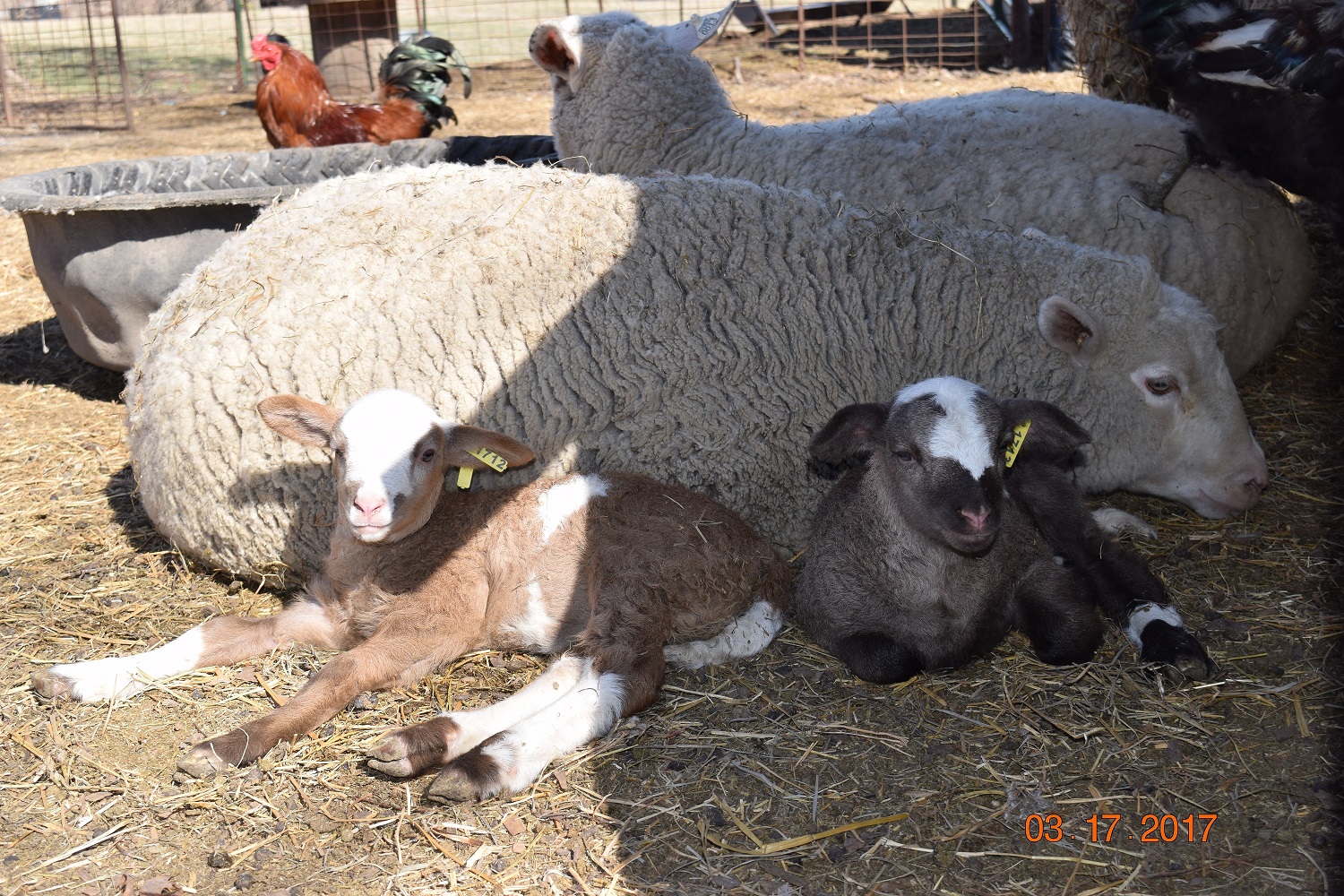 Panda, she was a BIG girl weighing 13.5lbs at birth. 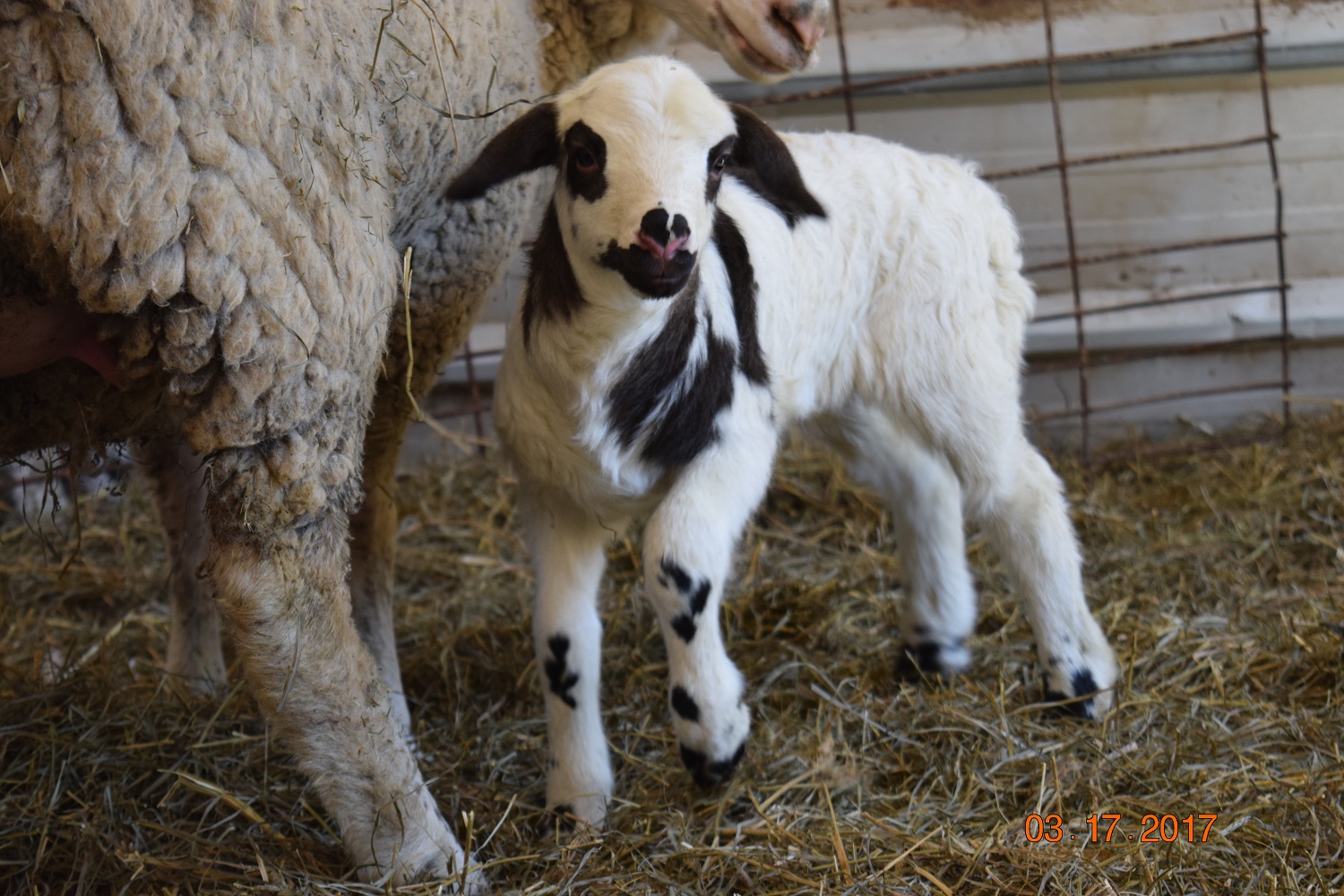 This ram lamb was our first live lamb. 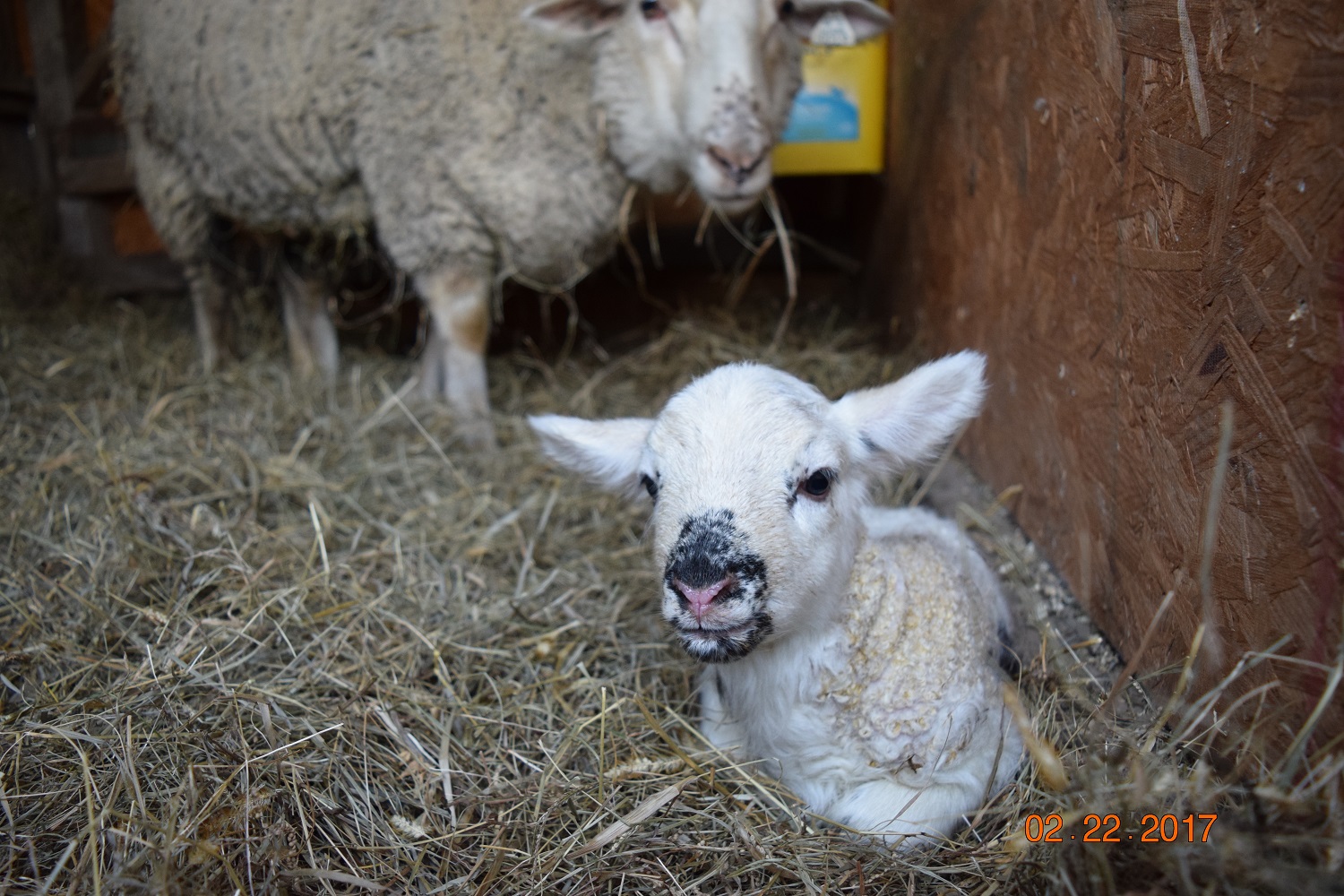 Myra-Her mama, Meera, was one of our bottle lambs last year. 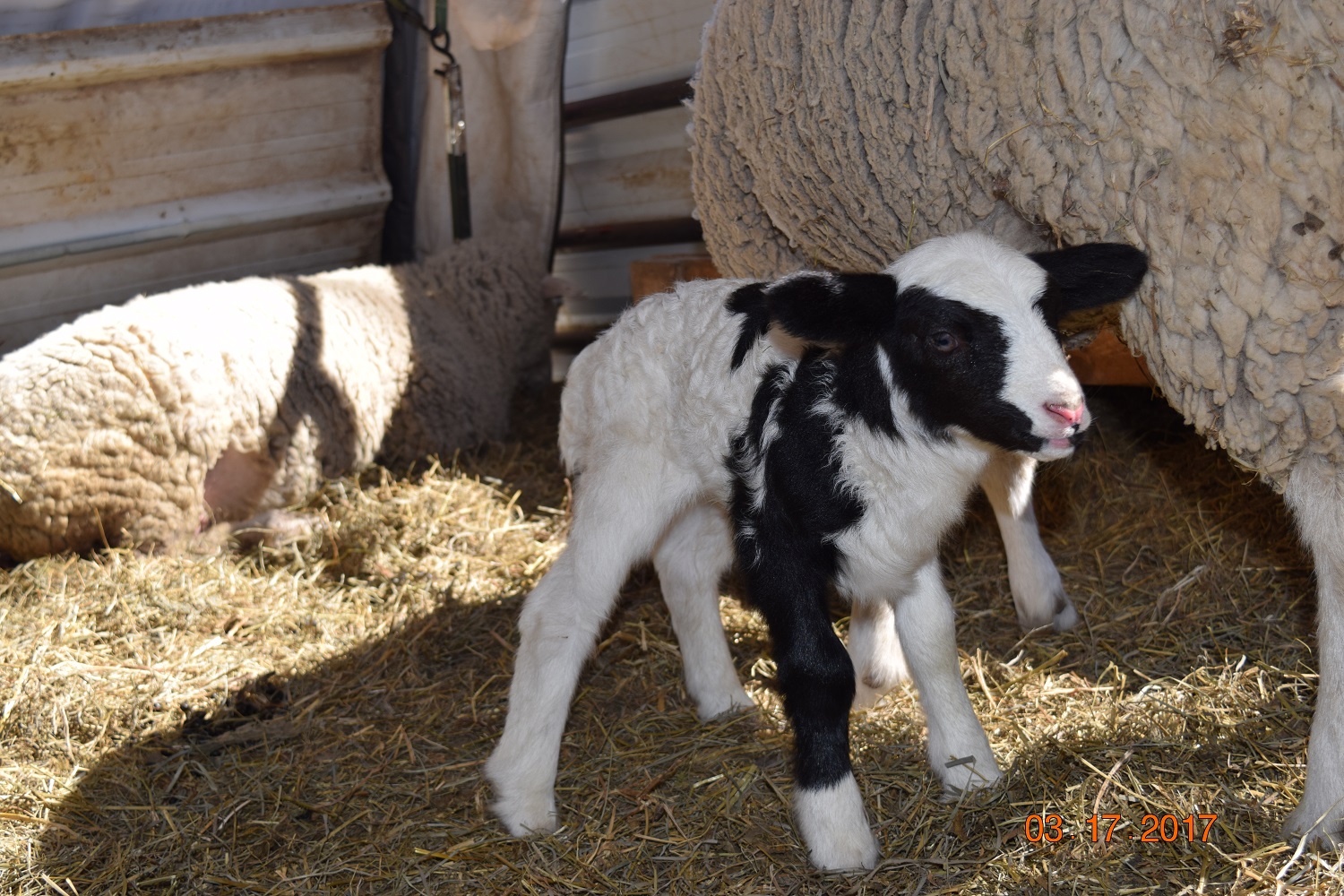 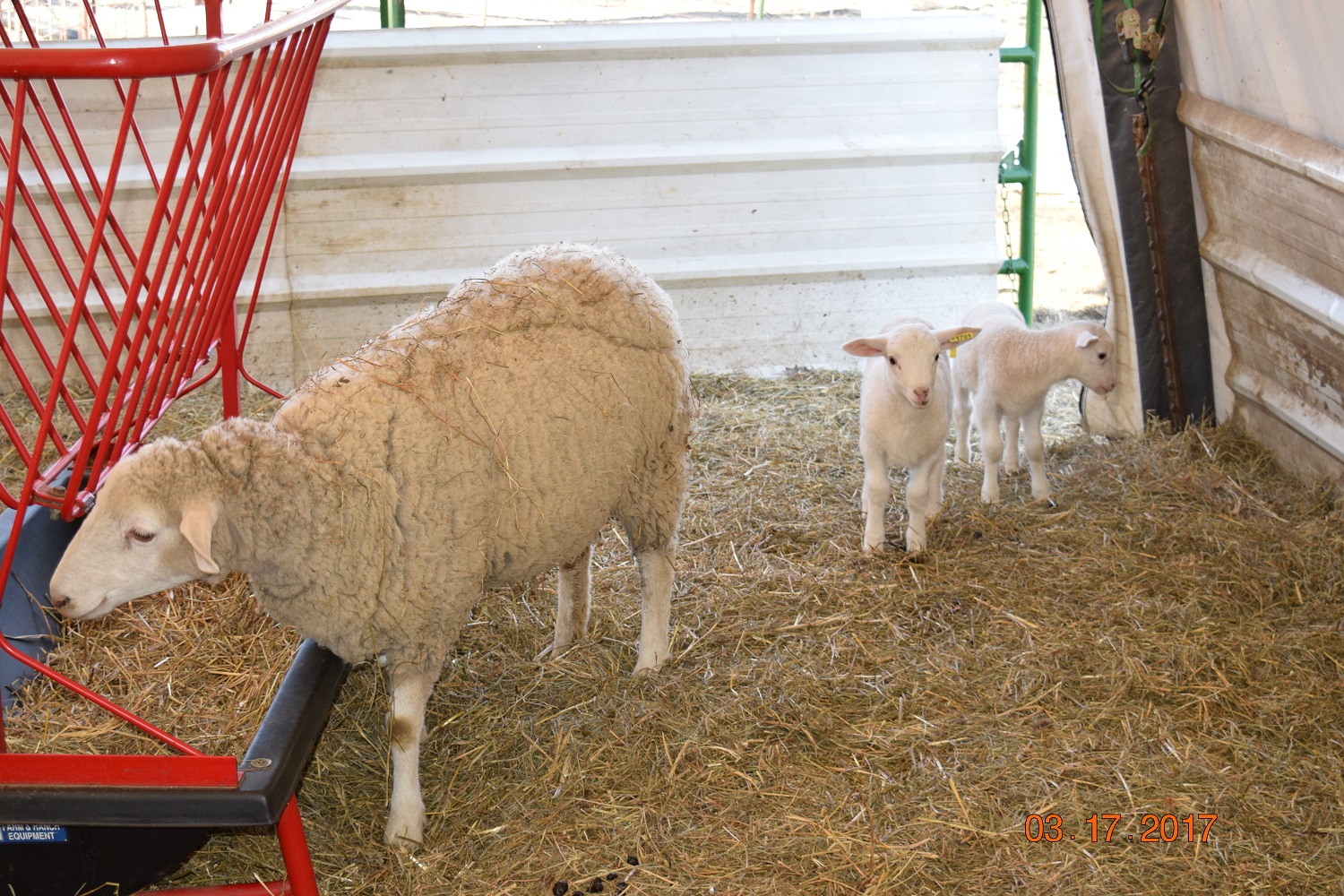 Twin wethers, Mr. Darcy & Mr. Bingley. They were born on my sister's birthday and I gave her the naming rights. 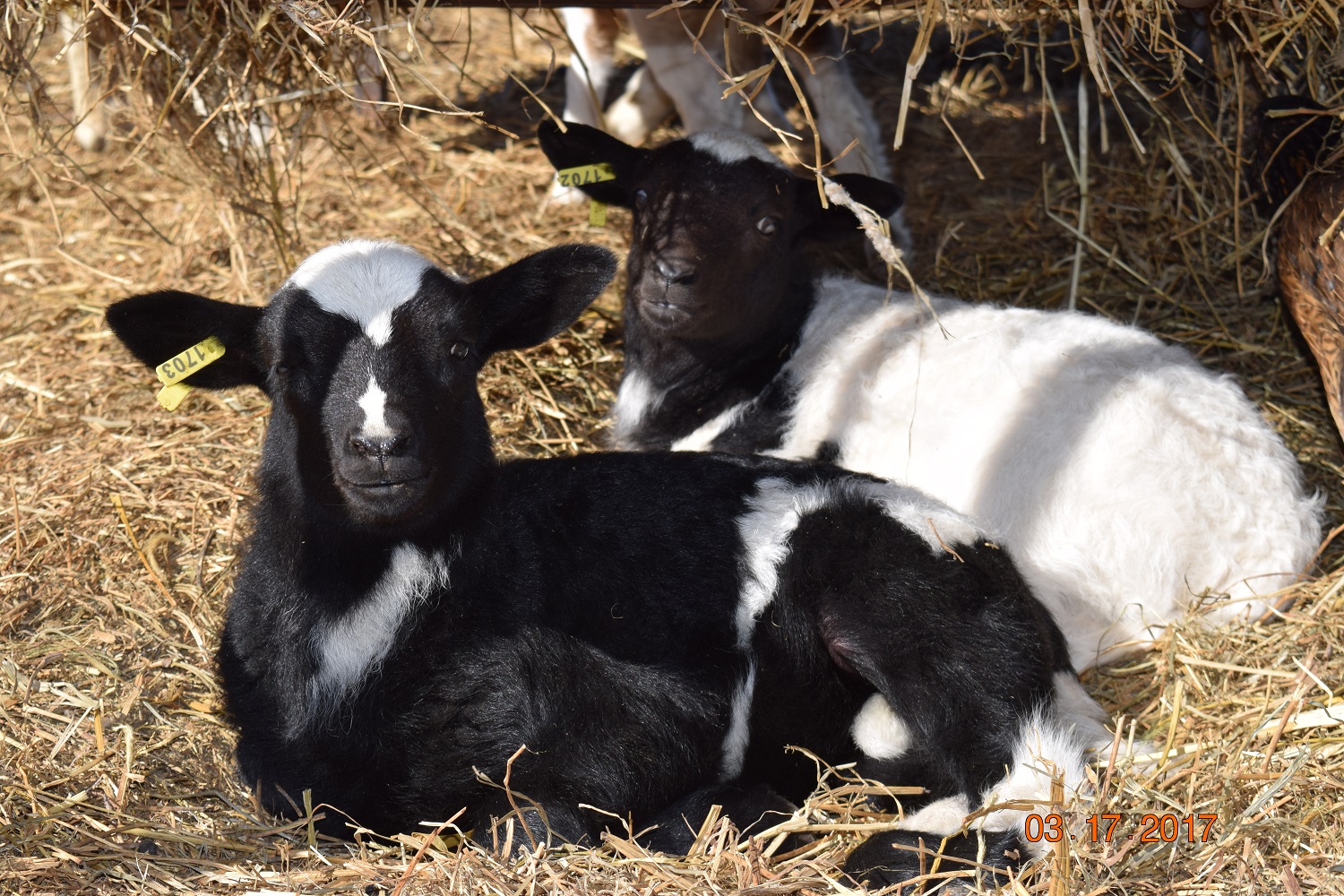 Adorable lambs! I love the spotty colors that come from the Dorper/Katahdin. Our sheep are Dorper/Katahdin ewes with a Dorper ram. I like the Dorpers, but considering Katahdins because of the colors. My mixed flock is my learner flock. Someday I will start adding in registered stock.
You must log in or register to reply here.
Share:
Reddit Pinterest Tumblr WhatsApp Email Share Link