How to make an Ant Proof Beehive Stand

We lost our very first bee hive to ants. We even tried many of the old wives tales such as buckets of water/oil for the stand legs, cinnamon powder, ect. None worked.

Finally found a bee keeper called Charlie B. He designed an ant proof bee hive stand that really does work. I modified his plan a little so I could use some of the wood/metal laying around our place. Never had even one ant make it up the stand into the hive since we made these stands. Enjoy!

How to make an Ant Proof Beehive Stand

Next, I am sharing the manufacture process via pictures. 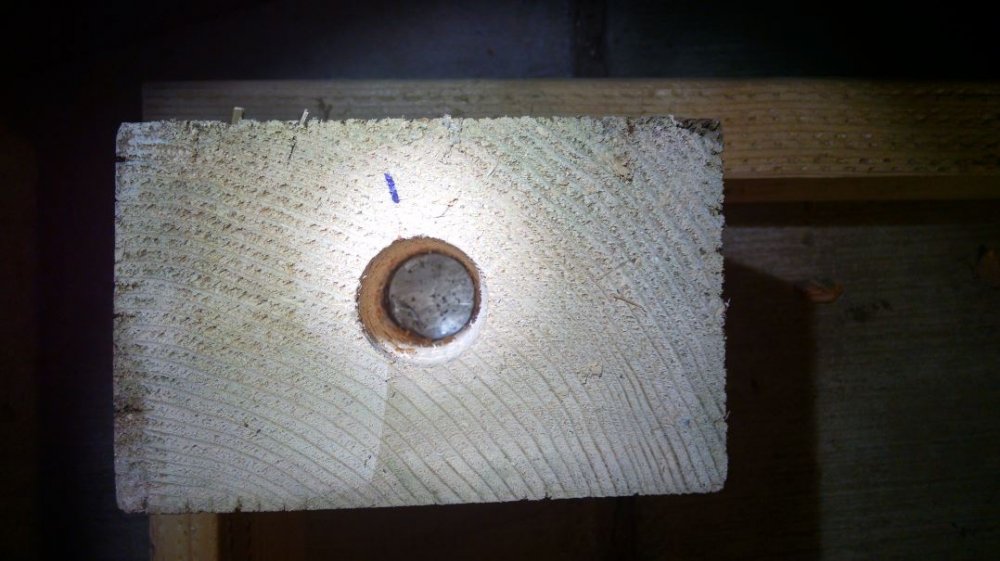 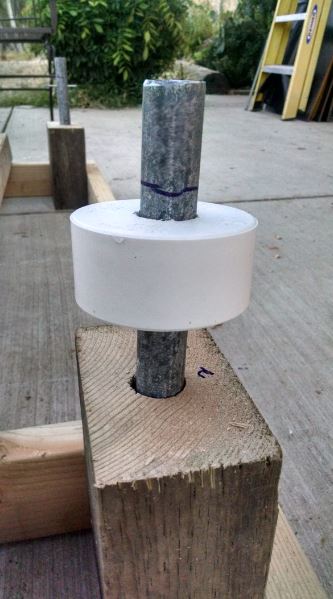 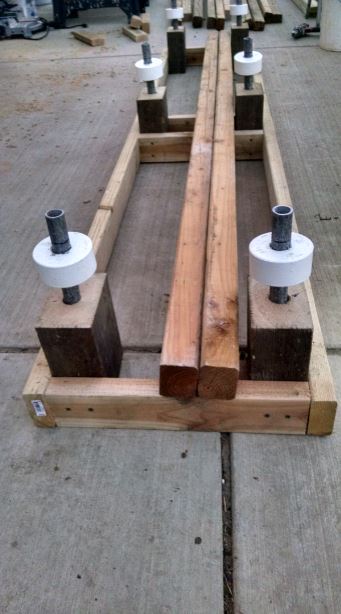 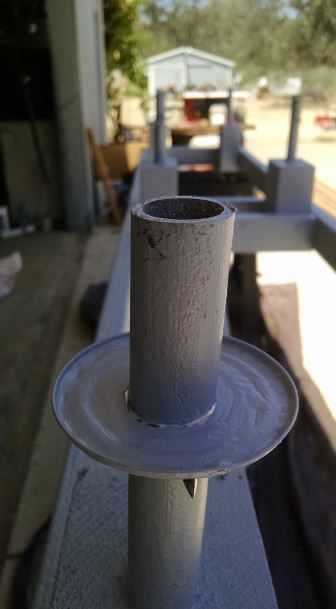 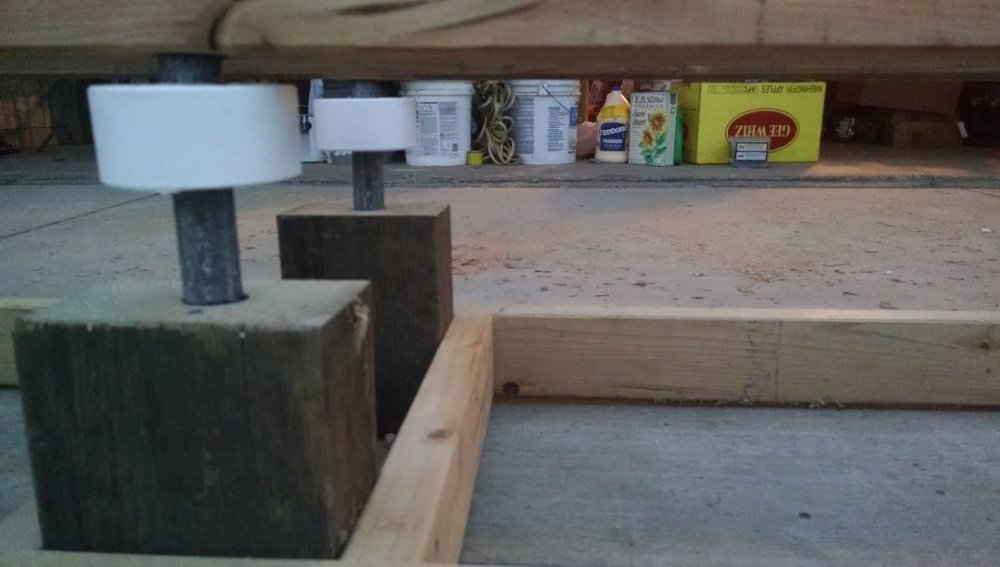 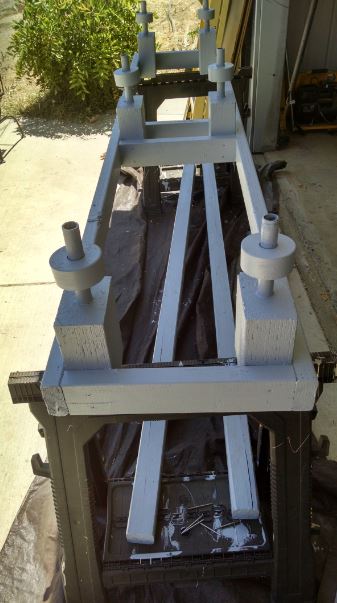 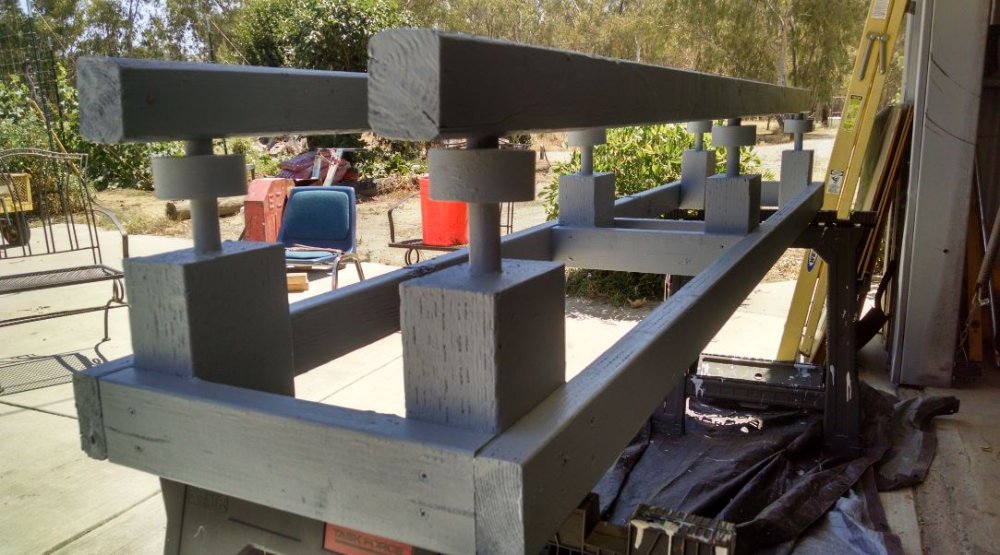 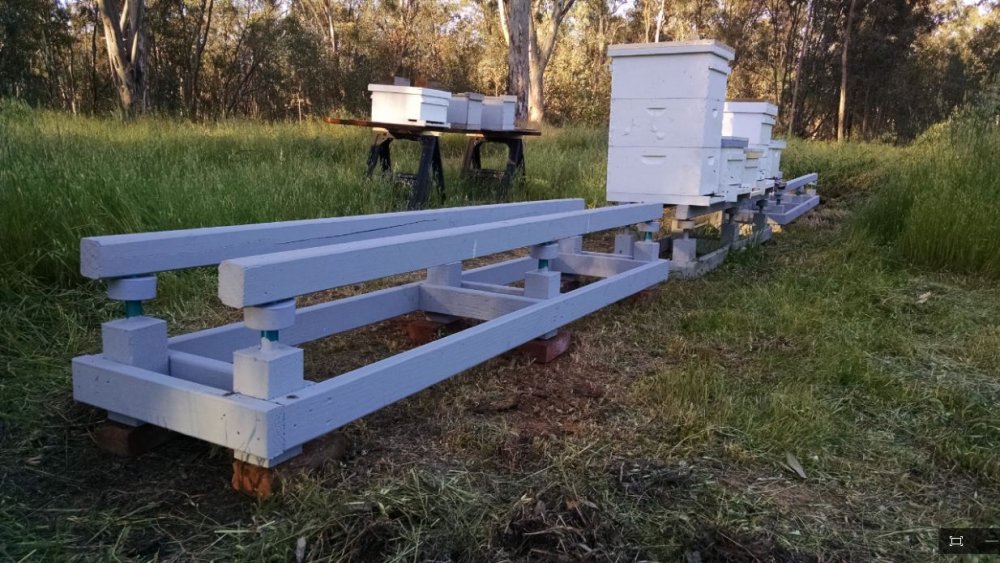 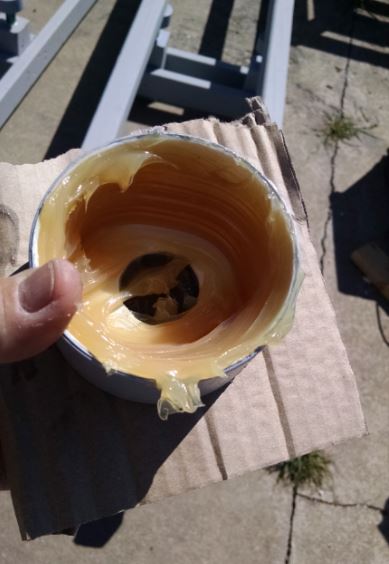 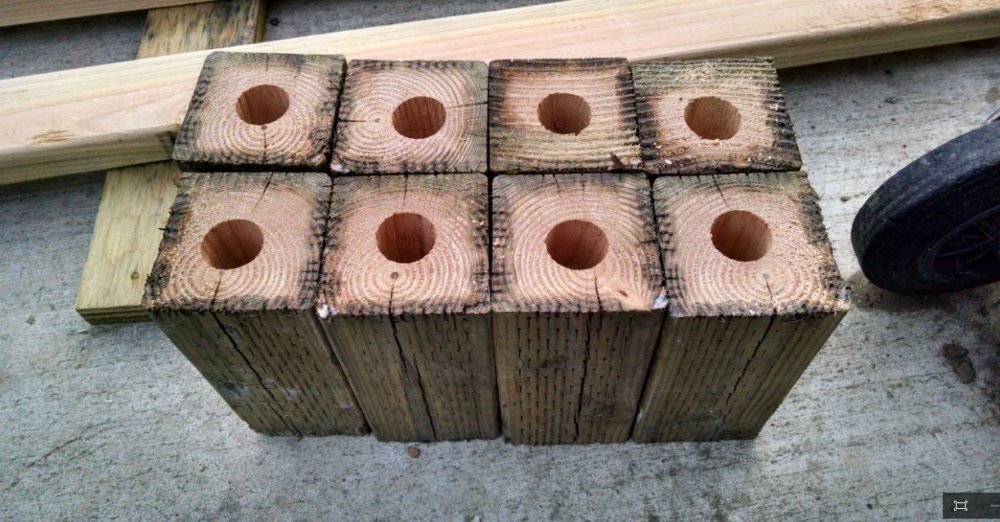 This looks like it can work.. Thank you for sharing!

I don't have bees, but have thought about it. Fire ants are horrible here, this is one fantastic idea!!!

We battled ants [4-6 varieties] for months here. Every night was like a war zone between the bees and the ants. As mentioned earlier, we tried everything we read about online. Nothing worked and some of the remedies actually drowned massive numbers of bees.

Finally, we read Charlie B's post and saw his pictures at Beesource. We kind a copy catted most of his design, and never had even one ant in the hive since then [7 months now].

Kinda made us believers!

Baymule said:
I don't have bees, but have thought about it. Fire ants are horrible here, this is one fantastic idea!!!
Click to expand...

All praise, glory, and honor goes to Charlie B from Beesource. He came up with the idea! Sure glad we finally found something that works.

And yes, we have those merciless stinging fire ants too. But the biggest predators were the large black ants [3/4"-1" inch length]. They simply would not stop their relentless nocturnal attack.

I found 50+ massive underground ant hives on the front of the propery. If I count the entire property, there are well over 1,000 ant nests. I finally purchased some #$^%&*@ and carefully, meticulously and gleefully sent millions of ants to ant heaven.

Needless to say, I am considering changing my online name from Soar to the Grim Reaper...

PS I had to change the name of the chemical we used due to extreme harassment from Green Party wacko's! So sorry!
Last edited: Oct 21, 2016

Have you tried scooping a shovel full of ants and dumping them on another ant mound? The other ants rush out to defend their home and the battle is on.

Baymule said:
Have you tried scooping a shovel full of ants and dumping them on another ant mound? The other ants rush out to defend their home and the battle is on.
Click to expand...

Nice idea! No, never tried that. Trying that with over 1,000 nests would be very time consuming...

I am happy with the Talistar. It is incredibly deadly. Just gotta be super careful with it...

We tried placing some nucs on a new Ant Proof Beehive Stand. We are still having 100% success rate. Not even one ant has made it up to the hives. I modified my plan to be more like Charlie B's plan: I used two sets of 2x4's up top for the top rails. It is much more stable and much more stronger. 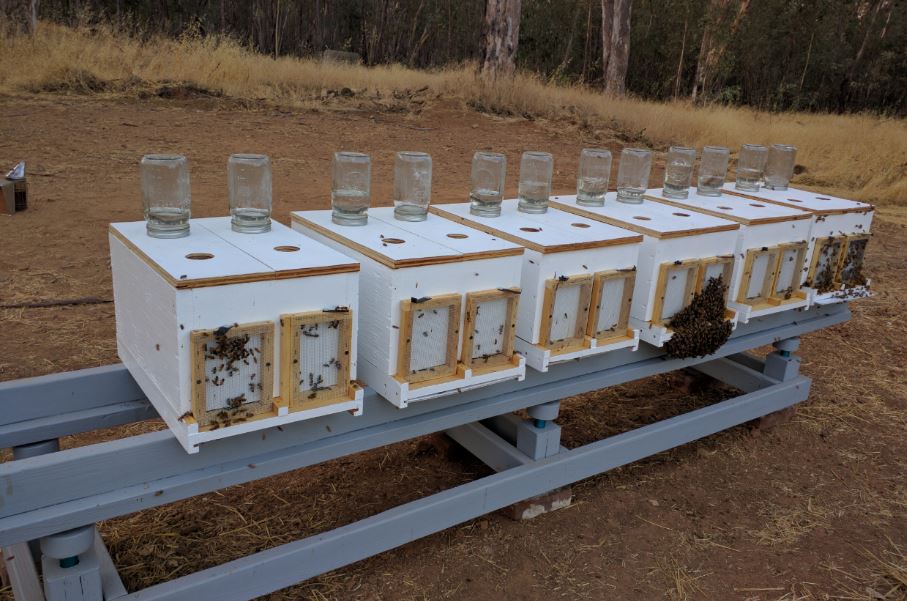 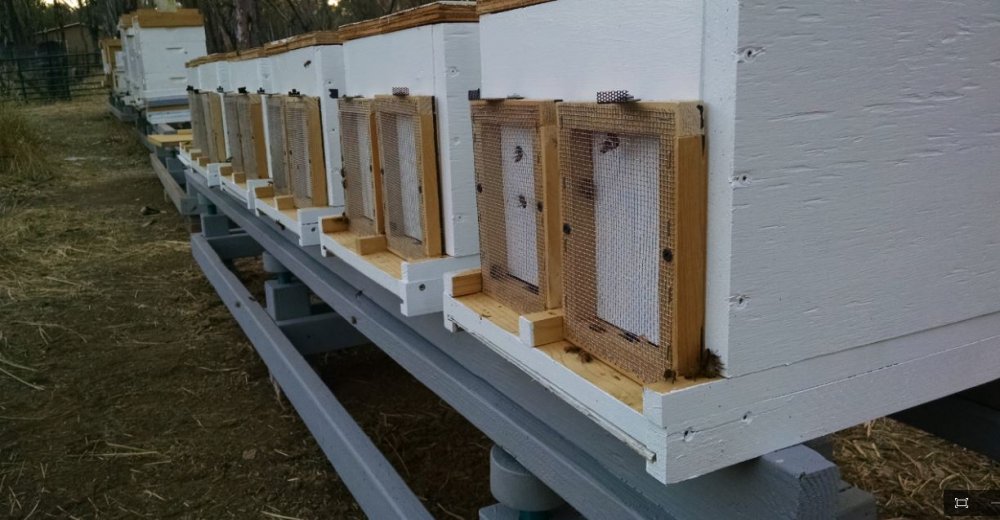 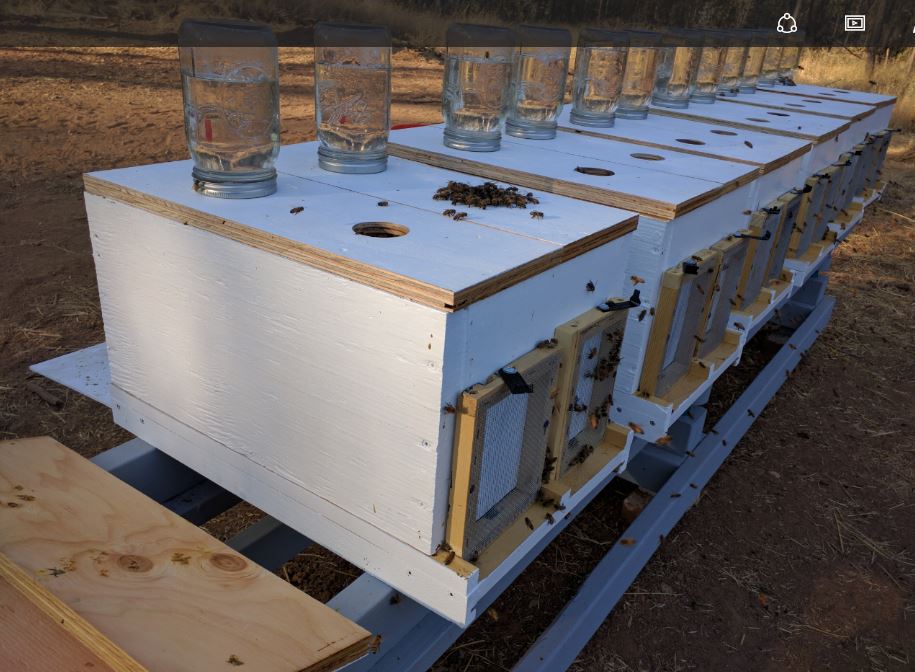 Do you have Fire Ants? We do. And now we have Raspberry Crazy Ants. Hate them both.

Hi Baymule! How is life in Texas? Wow, with all the liberal politicians rapidly changing our laws to increase out taxes and remove our freedoms, Texas is looking more and more pretty!

Ok, back on topic. We have the red ants that sting really bad here. I think I have counted a total of 5-7 different species of ants on our property. The large black ants are the ones that did the most damage to the bees and the hives. The red ants were also very persistent at night time in their attacks on the bees.

I was reading a little about your Raspberry Crazy Ants. In 2014, it was discovered that the Raspberry Crazy Ant produces and covers itself with formic acid as an antidote to the fire ant's venom. It is the first known example of an insect being able to neutralize another insect's venom, an ability speculated to have evolved in South America where the two species share the same native range. Colonies have multiple queens, which also contributes to their survival.