We had wanted llamas but don't have the land for it, alpacas would be the perfect size. I have always liked the Huacaya but are open to suri. What are the main difference between the Huacaya and Suri? Has anyone crossed the Huacaya with a Suri? We would be getting them for fleece, how hard is there wool to spin? Are they very good around children and other animal? We would get 2-3 I have considered getting 1 male and 2 females, or would be better to get all male or all female? our neighbors also have alpacas so it wouldn't be that hard to borrow a male to breed to the females. Also can be trained for much?

Location
Where the green grass grows

I'm not super familiar with the Huacayas but there's a farm in our neighborhood who has about 60 suri alpacas. They are rarer and therefor probably more expensive. Huacaya fiber is more fuz and suri fiber is more locks/bundles. They are very friendly if handled much but there IS always that nasty one that kicks and spits. What kind are your neighbor's?

Sorry I couldn't be more help. @Bruce and I think @luvmypets have alpacas. Hopefully they can help ya.

Love our two Hu boys. They are like big poofballs! The suri's are gorgeous but. As mentioned above quite expensive. We were so so lucky to obtain 4 at $100 a piece. But they normally range from 800-1000 per animal. It really depends where you buy them from. If you are buying from a breeder chances are the animal will be upwards of $1000. Alpacas are gaining popularity and I have seen many cases of people buying them and not being able to support them. Check craigslist, there are bound to be a few nearby.
Will you be breeding? Alpacas are pregnant for 11 1/2 months! The females need another female companion. There is a lot of extra precautions you have to take and from a former breeder I have heard it is extremely time consuming. I wouldn't start breeding right off the bat. Try starting with a few males see how you like them and go from there.
Spinning Alpaca is much harder than sheep wool. The fleece is so super soft it often breaks before you can get it on a bobbin. This is coming from an amatuer spinner of course. It is very nice to spin once you get your rhythm right.


Here is a conmparison
Huacaya 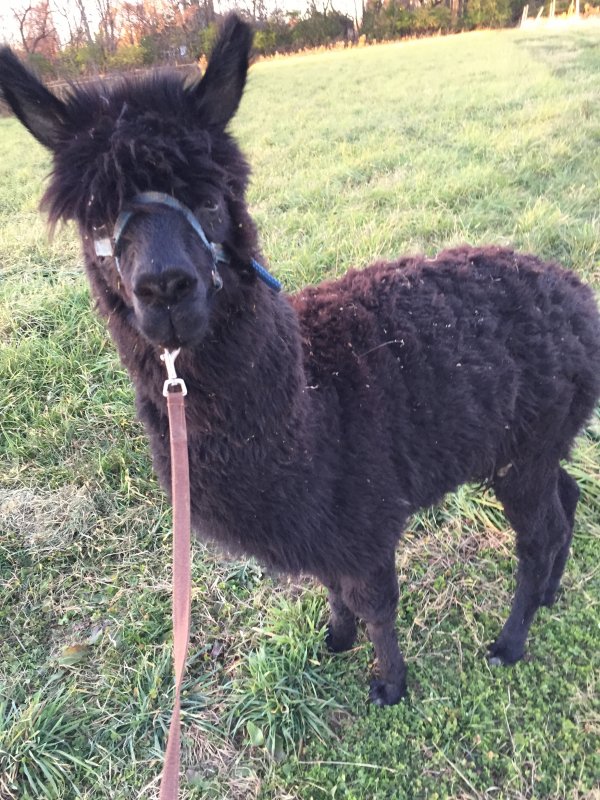 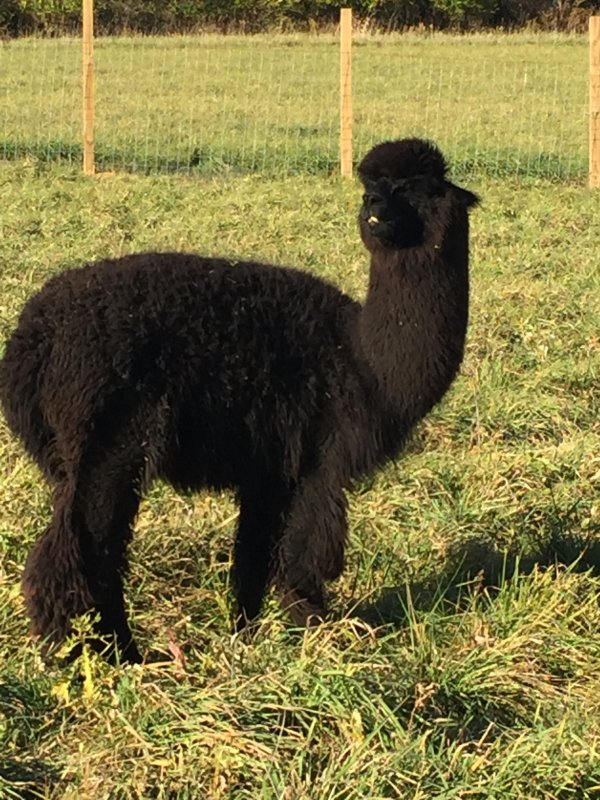 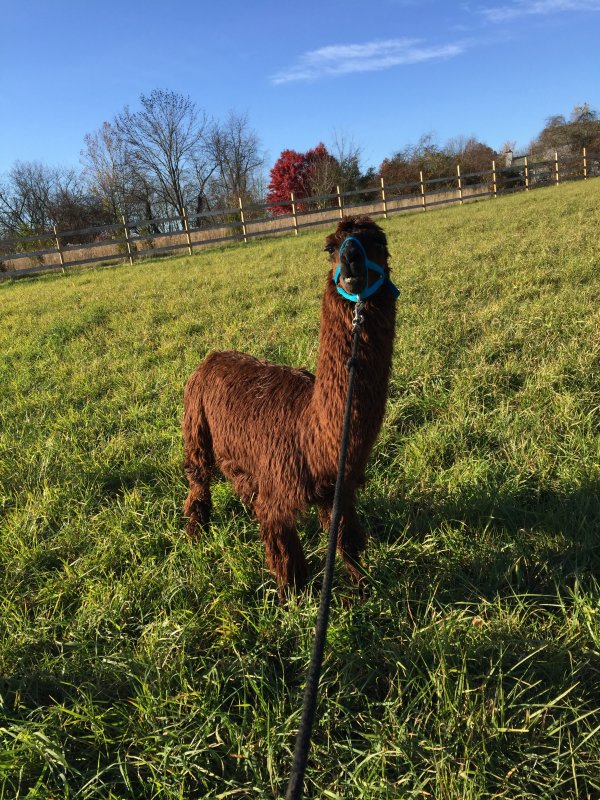 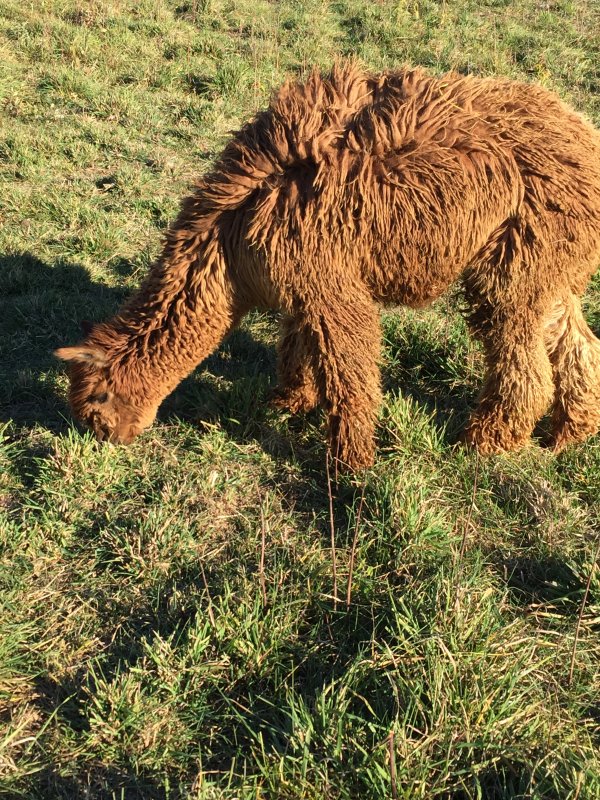 Before you get your alpacas please do research on meningeal worm. From one owner to another you dont want to go through that heartbreak.

I too have been wondering about alpacas

I too have been wondering about alpacas
Click to expand...

Do it! I love them, such curious animals!

luvmypets said:
Do it! I love them, such curious animals!
Click to expand...

I would be more interested in one if they are decent for a herd guardian. I have been reading conflicting information on if they would be suitable or not. We would be several years away from one at all but I am starting the researching now to decide LOL.

My personal experience with alpacas is limited to the 1 month I have had the 2 boys. Mine were never handled much other than for toenail trimming, Ivermectin injections (for meningeal worm) and shearing. The husband of the woman who gave them to me said the way to do those things was to get them in a small space and manhandle them. I have a lot of work to do so they don't think being touched means something bad will happen next. They will eat Alpaca pellets from my hand but NO TOUCHING.

Alpacas are prey animals, not herd guardians. Mine alert when the see something that concerns them ( so far that I know of: a deer, a flock of turkeys and a cat walking up the road) and they might kick something that is attacking them but they aren't likely to go after a predator that comes in their area. They are more likely to run.

They are not hard on fences, what mine are in now is a weasley fence made mostly of ~4' high chicken wire on wood posts, many not real solid in the ground. My neighbor does have one that always thinks the grass is greener on the other side of the fence and goes through the wide tape "hot wire". Either it isn't on or he has so much fiber that he never feels it. He never goes away from the fence though. He is staying with his herd mate, just on the opposite side of the fence.

We haven't done anything with their fiber yet (they are still wearing it) so I can't speak to how easy or hard it is to work with. I do know that people blend in an amount of other fiber like wool.

@TAH Just HOW many animals are you planning for your 1.5 acre (IIRC) property? And that includes the house and any other buildings right? I recall quite a long list around the time you were looking for land in AK.

This is the area they are currently grazing, it is about .25 acres. Since the grass doesn't grow much this time of year, they have pretty well mowed it in the last month. They can go around the back side of the pond but it is all tall weeds and they haven't chosen to eat that yet and may not. 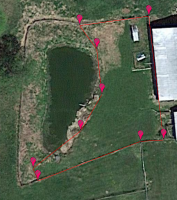 This is my neighbors' property. 2.8 acres of pasture. They have 3 horses and 2 Huacayas and are AT THEIR LIMIT. The only time they mow is when they want to take down the weeds the animals won't eat. They buy all the hay they use in the winter. 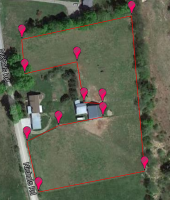 @luvmypets our neighbors have huacayas I believe, my mom knows so I am not exactly sure. I found a breeder in anchorage that has one male and two female huacayas for $1800 for all three. the females have been with the male for three months. What do you think about getting ones that are already possibly bred? Does that male have to be separated from the females? Breeding wouldn't be my first thing that I would want from them, but it would be nice to have one or two.

@Bruce we have an acre, we are going to have goats, one mule, and maybe Alpacas. We have dropped the idea right know of having yak, reindeer, llamas, and most likely sheep. We will be feeding a lot of hay but it is okay with us.

We wanted yak for there fleece but they are to big to start with, so alpacas were my next option.

I have been doing my research as I have to do before I get any new animals. It all depends on how our land comes together, but since we aren't doing sheep, yak, or reindeer anymore, we will have a few more options on what we want to do.

Here is a rough idea of what that sized property can hold if you plan accordingly Now imagine what you could do if you subtracted some of that first one for animals LOL. I have similar plans I would like to do eventually that are laid out differently. 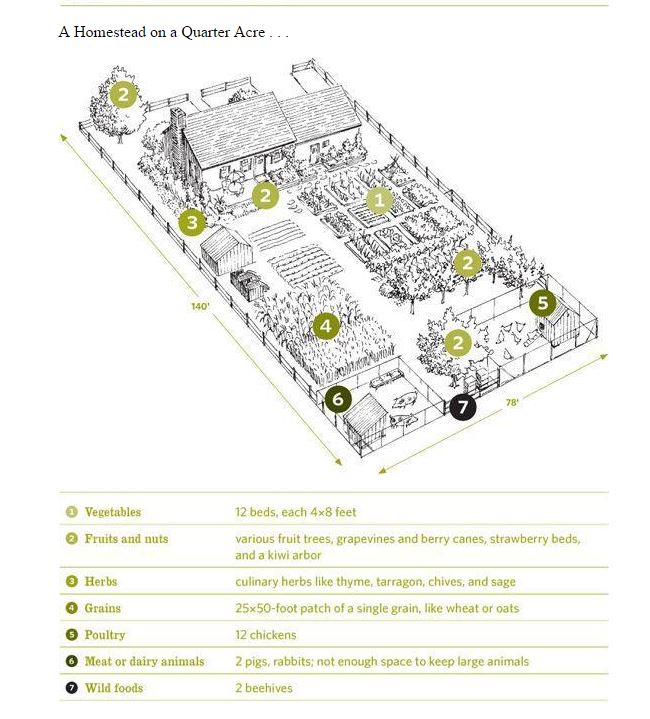 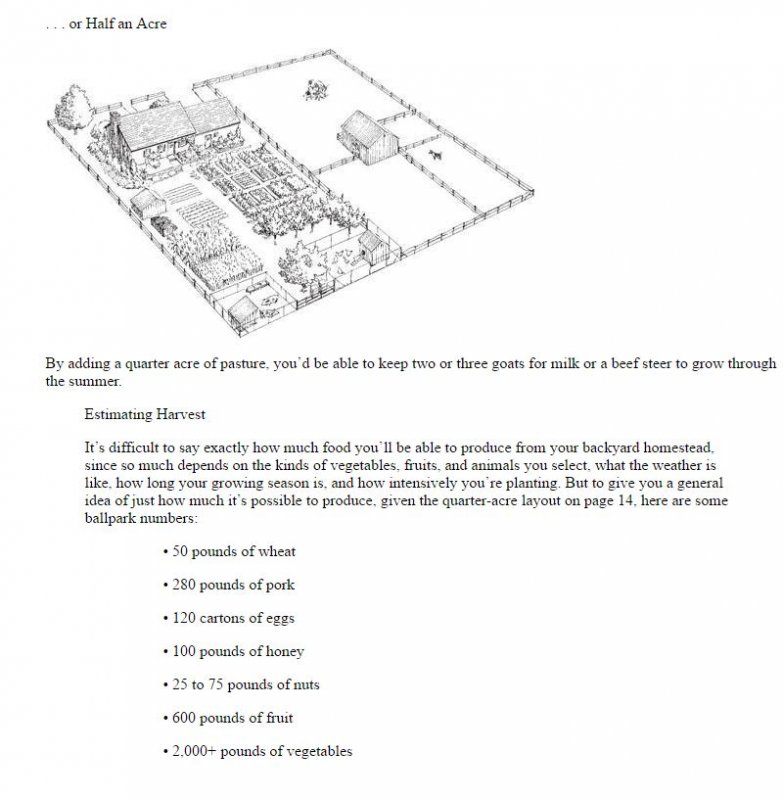