My older horses were quite nice to him! Very mellow and relaxed meeting him. So it seems I may be able to let them meet freely one at a time sooner than I thought. But for now, he'll be fenced out so he can settle in and figure out who everyone is and such. 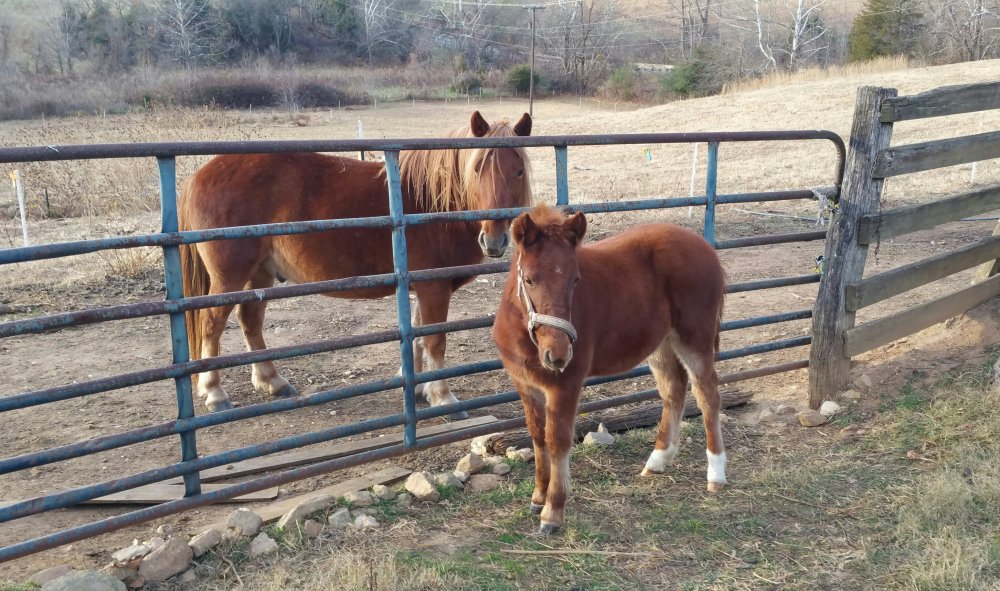 Congrats! He looks like a nice sturdy little guy. Oh my gosh he is adorable!! So Jealous and keep posting pictures!

Alexz7272 said:
Oh my gosh he is adorable!! So Jealous and keep posting pictures!

Will certainly do that!

He has a FB profile with over 150 friends already!

He will make a nice riding horse. Did you go to North Carolina to adopt him?

secuono said:
Will certainly do that!

He has a FB profile with over 150 friends already!
Click to expand...


He has more friends them me!

Alexz7272 said:
He has more friends them me!

Lol, more than I do as well! And all of them have been added since about 2pm today!

Baymule said:
He will make a nice riding horse. Did you go to North Carolina to adopt him?
Click to expand...

Sharon from East Coast Equestrian Training Center drove down the night he was rescued and has taken care of him until today. I picked him up from VA Beach/Pongo, Virginia, where they are located. His mother was found down and unable to get up, she had to be PTS.

He was going to be moved to the farm in NC in December or January, so it's nice that I was able to get him while he was still in VA. Took 4.5hrs one way. We took 2 overnight trips, one to just meet him and then to pick him up.