Baymule said:
Were you already interested in this breed and were you looking for one? Or was it just a fantastic opportunity that landed in your lap?
Click to expand...

My gelding is also a rescued wild Corolla.
After his awesome turnaround mentality, he became my fav breed. Have thought of adding another eventually and sent in an application. But once I saw this baby and his momma was about 14h, I knew I had to get him! Some of the others can be very short, a little off or injured and probably not a good candidate to be ridden in the future, they have bottle necked genetically. I believe it was in 2014 that a new stallion was brought in, another banker/colonial spanish strain, to help widen their genepool.

I originally wanted a QH, but so many are nothing like I used to know them to be.

secuono said:
Yes, he is from Corolla, NC. A Colonial Spanish Horse, there are a few different types and he's the Corolla strain.
Click to expand...

Baymule said:
Were you already interested in this breed and were you looking for one? Or was it just a fantastic opportunity that landed in your lap?
Click to expand... 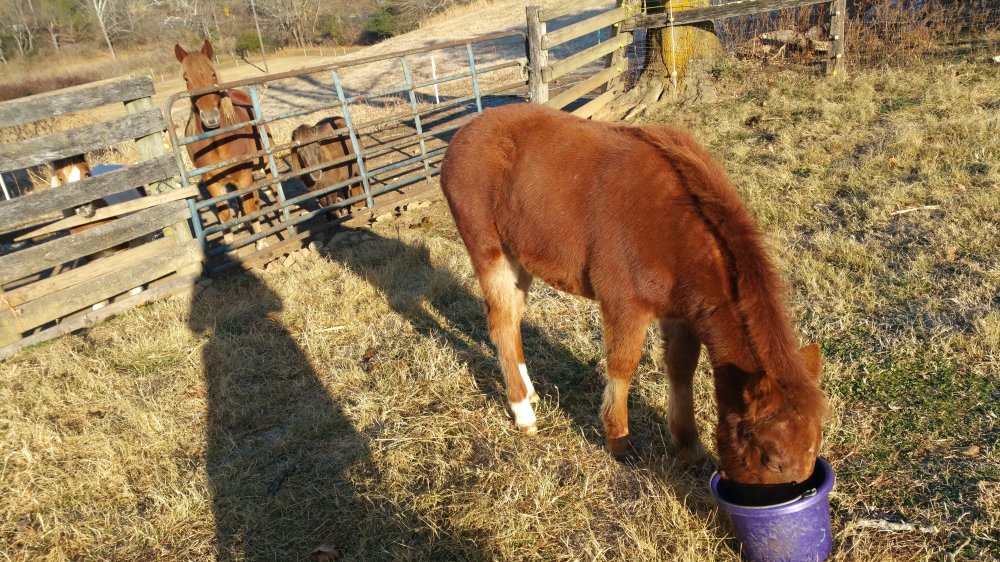 OneFineAcre said:
I've got some great pics of one on Carrot Island
They swim back and forth from Shackleford Banks

The good thing about Shackleford is they will never be able to develop
It
Click to expand...

We were clamming and this guy walked right past us. Ahhhhhhh - can I have him?