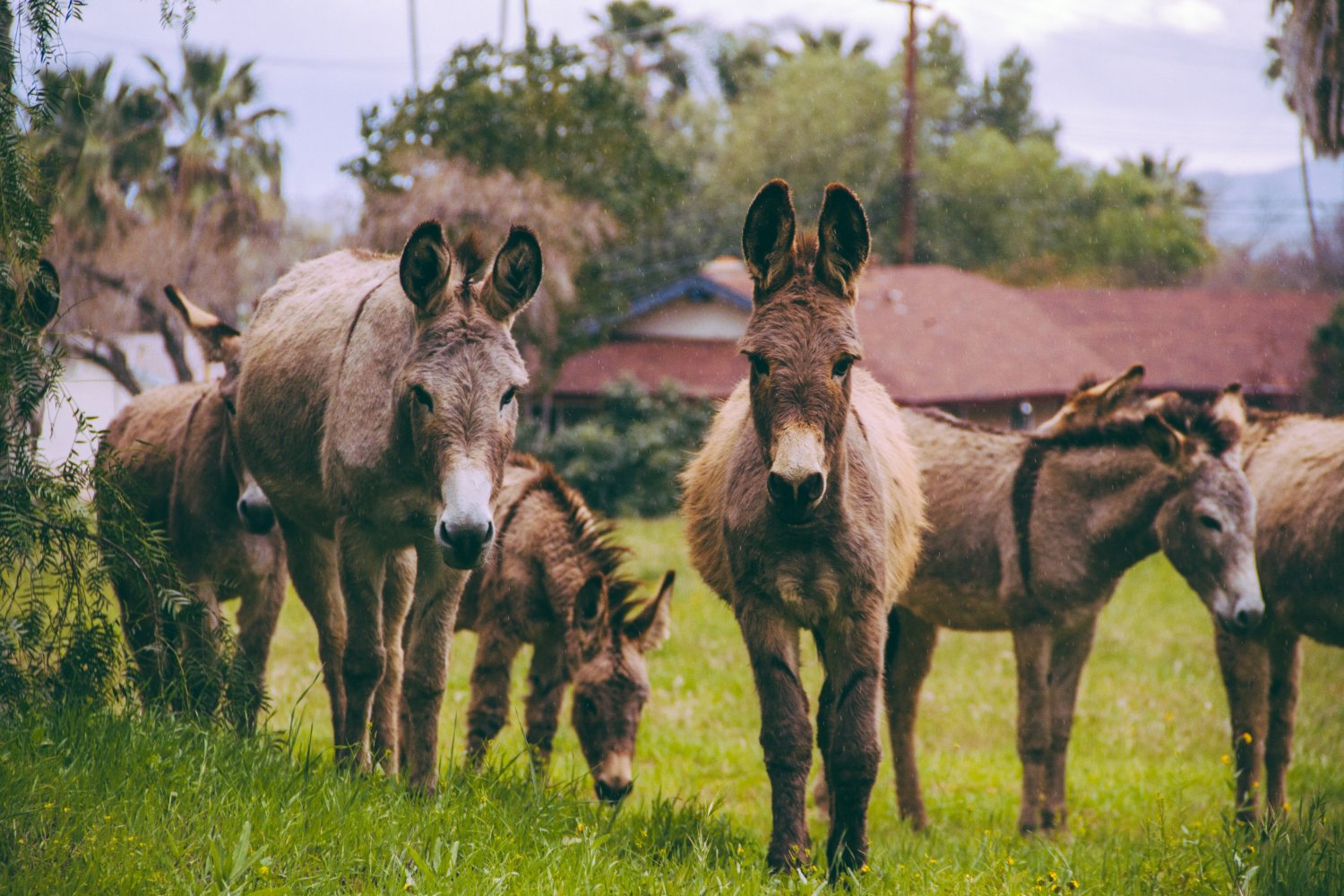 Owning a donkey can be a truly rewarding experience for farmers. However, it can also have its downsides, and it is important that anyone who wants to keep a donkey for the first time knows both the good and the bad.

Donkeys are not always the easiest farm animals to deal with, and anyone looking to acquire one should first weigh the pros and cons of donkey ownership. If you want to be well prepared, you need to know exactly what you are getting yourself into.

Most farm owners love having a donkey or donkeys on the farm, but it's not always all sunshine and roses.

Donkeys tend to fight back when cornered, which is why they are used as livestock guards on many farms. They have no problem fending off predators like coyotes and dogs that might pursue them and other animals in the pasture.

Donkeys are capable of kicking, stomping, and even biting intruders if they enter their space. Many farm owners across the country keep donkeys to protect their livestock from predators.

Donkeys are fairly easy to find, and there is no donkey registry, so they are usually fairly inexpensive to purchase. Aside from the initial cost, owning a donkey is quite affordable compared to other farm animals such as horses or cows.

Donkeys Are Easy To Keep​

Donkeys are relatively easy to keep and usually do not cause many problems on the farm. They do not tear down fences or need lush, grass-filled pastures. Donkeys like to eat dry vegetation and can make do with hay. They need grain only in limited amounts, if at all, and eat much less than horses or cows.

Donkeys Can Help Out On the Farm​

Donkeys make excellent pack and work animals, so many farmers use them to help with farm chores. They can carry heavy supplies, pull small carts or wagons, and can be ridden if they are trained.

Donkeys are very useful on farms with rough terrain or narrow areas that are not accessible to four-wheel drive or other off-road vehicles.

Donkeys Are Very Intelligent And Trainable​

Donkeys are extremely intelligent animals that are easy to train if they trust their owners. Donkey owners often agree that donkeys are easier to train than horses.

Donkeys Are Easy to Bond With​

It may take some time at first, but once a donkey is comfortable and trusts its owner, it will quickly bond quickly with them. Donkeys are herd animals and enjoy the company of others, including people.

Donkeys that bond with their owners are very loving and often prefer them to strangers and sometimes even other animals.

Donkeys make great companions for lonely farm animals. They can get along with almost any animal as long as it is not a danger to them. Donkeys need at least one friend in every pasture so they do not get lonely either.

Many farm owners use donkeys as companions for horses, cows, ponies, miniature horses, and other farm animals.

Donkeys Can Be Aggressive or Stubborn​

It's no secret that donkeys can sometimes be aggressive and stubborn. Often this is just because they are afraid of new people, places, or animals. Occasionally, a donkey's aggressiveness cannot be fixed, but this is extremely rare.

Before giving up, try some measures, such as having aggressive males castrated, feeding donkeys separately from other animals, or separating females from the other animals during heat.

They Can Be Too Smart​

Sometimes donkeys are so smart that they learn to escape by opening stall doors, feed bins, or even gates in a pasture. Like some horses, donkeys use their mouths to turn doorknobs, open stall latches, or pry open gates.

The good news is that this problem can be solved with better locking mechanisms on all doors and gates, but it could lead to some problems before then. It is important to never underestimate a donkey and assume that it cannot get out of or into an enclosure that is not properly secured.

Donkeys Can Be Prone to Kicking​

Donkeys use their hind legs to kick at anything that upsets or frightens them. This is their best defense against predators, but sometimes they kick other farm animals or even their owners.

It is important not to surprise or frighten a donkey because it will likely kick in the direction from which it senses the "danger."

Donkeys tend to overeat grains and rich grasses because they are used to eating dry vegetation. Also, donkeys can easily become overweight if given too many treats. Donkeys have a unique digestive system that allows them to get extra nutrients from dry vegetation.

If donkeys are overfed with richer foods such as lush grass and grains, their digestive systems become overwhelmed and they gain weight so quickly that they can stumble or become lame.

Donkeys Can Be Picky About Bonding​

Donkeys can be very picky when it comes to who they want to bond with. Sometimes a donkey will prefer a male over a female, even if the female is the one who feeds him the most. Just because you are the primary owner does not always mean that the donkey will bond best with you.

The same is true for other animals: Just because you have designated the donkey as a companion for a particular animal does not mean they'll get along right away, or at all.

Donkeys need to have their hooves scraped and trimmed regularly. Frequent cleaning of the hooves will help prevent abscesses, hoof injuries, and other hoof problems. Donkey hooves need to be trimmed at least every two months to prevent overgrowth. If a donkey's hooves become too long and irregular, it can lead to weakening legs and body problems.

Teeth also need to be checked regularly, especially if they show signs of dental problems, such as weight loss, head tilt, difficulty eating, or aggression when getting near the mouth. Regular dental checks can prevent overgrowth of teeth, overcrowding, and infection.

Donkeys Can Be Noisy​

Donkeys can be very loud, especially when they are excited or restless. Their infamous braying can be a very piercing sound that many people, especially neighbors, dislike.

Although it takes some getting used to, most donkey owners love their loud "hee-haw", but it can be a bit much for some people. If you have neighbors nearby, you may want to consider this before getting a donkey.

What To Watch Out For​

Observe the donkey in its previous environment before buying.​

Ask the owner if you can come by to see how the donkey behaves in his yard. Observe how the donkey interacts with them, with you, and with other animals in the enclosure.

Realize that the owners are trying to sell the donkey and therefore may not be completely honest about its negative traits. Even if that does not stop you from buying, accept that the owner may not tell you everything.

Be wary of free donkeys​

Often farm owners give away problem animals because they want to get rid of them as soon as possible. This does not mean that the donkey is a lost cause, but it may indicate that it has some bad habits that will require extra patience from you.

There are many pros and cons to getting a donkey, so think carefully about the decision before taking the plunge. Donkeys can be great farm animals, but every good idea has its downsides.

If you understand and accept the good and bad aspects of donkey ownership, you should make the right decision for yourself and your farm. 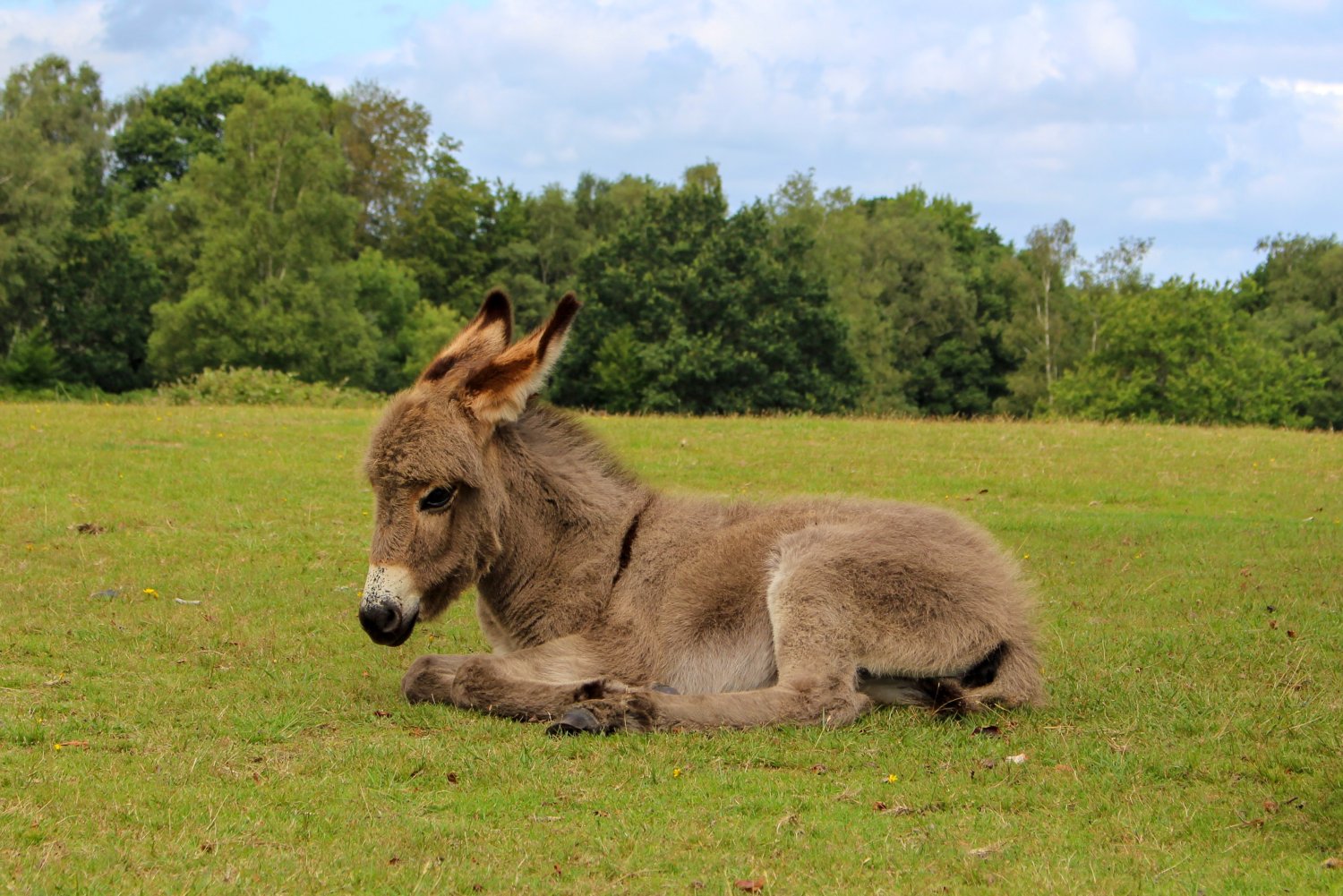 I'm sorry, but advocating donkeys as livestock guardians is cruel to the donkey. They cannot and do not "no problem fending off predators like coyotes and dogs that might pursue them and other animals in the pasture". They are a prey animal giving off prey animal signals. It is unfortunately common for guard donkeys to get injured by packs of dogs and coyotes. And donkeys are not reliable guards for other livestock.

While it people continue to use them as guardians, and it works for the moment, they are essentially pressing their luck, the donkey's luck, and that of the rest of the livestock.

A family not too far from me lost their flock of goats to a cougar. All the 3 donkeys had to do is outrun the goats.

I like donkeys, they are brilliant smart. Many times they are smarter than their owners. You have to show a donkey why he should do a certain task and reward him for it.

I bought a donkey with curled up hooves, rain rot and sores on his legs, because I felt sorry for him. I had to put him in a pen, leave a halter and rope on him, to catch him for treatment. He could spin like the worlds finest cutting horse and slung me like a terrier shaking a rat. It was all out war. The farrier was EXTREMELY patient and kind. He got kicked more than once. We just didn’t give up. That donkey finally realized that it was over with a lot sooner if he didn’t fight us and he would stop, let me take the rope and tie him for treatment. Then he got treats and he liked that. It took a year to get his hooves right and his legs straight. He finally made a good pet.

Donkeys make good pets, they are smart, friendly and personable. You can ride the mammoth donkeys and they make good trail riding mounts. They are all about self preservation and won’t do anything they think will hurt them. Thus, they are taking care of you and keeping you safe too.

Be careful not to overfeed them. They put on fat on the crest of their neck and fat pones on top of their hindquarters. A fat crest is heavy and can fall over. It will never straighten up again, even if the donkey loses weight.
You must log in or register to reply here.
Share:
Reddit Pinterest Tumblr WhatsApp Email Share Link