Larsen Poultry Ranch said:
I would like to have a guava too, I love guava juice. I don't know how the more tropical types will do with the cold. I'm currently in zone 9, and I think the properties we are looking at are also zone 9. I will have to see how big a greenhouse my BF can build...

Tomorrow we get to drive up to Reno to pick up a new Rex buck. He won't be ready to breed until December, but he should expand my options for my Rex.
Click to expand...

Wow! Congratulations on the rex!

Self sufficiency is the ideal.

We have solar panels from which we 'sell back' excess electricity to the National Grid, log burners, and oil-fired central heating (used sparingly!). We looked into a windmill, but, being in a valley there is apparently too much turbulence. Our water is from a spring and we have a back-up bore hole after the drought we had a couple of years back keeping cool is never a problem on account of cold, wet climate and very thick old house walls.

Though I grow lots of vegetables, fruit is limited to blackcurrants, raspberries, strawberries and apples (all of which freeze nicely). Too cold for any exotics, but a greenhouse allows propagation of otherwise tender stuff to grow across the summer.

Do show pics. of your new buck when he arrives.Always good to watch them grow and fill out.

Rex are so beautiful and their fur is so soft. Would love to see pictures of him!

Well, the trip up and back to get Expresso was uneventful except my phone refused to charge; I was worried something would happen and I would be stuck on the side of the road with 3% battery to try and call for help.

No pics because it was getting dark by the time he settled down. He is skittish but did let me pet him a little. I will take some pictures tomorrow. He is a good size but still growing. I need to find where I hid my scale and weigh all my buns. I love his face, he has a nice wide face. He did come with his pedigree going back to grandparents, but it doesn't show genotype, just lists the color, so I've been playing with it to calculate what I can.

I know he is Aa, B_, C_, D_, E_ because he is Castor, and his dad was Black aa, so he carries a (self). His grandma on the dad's side was Opal, so it's possible he carries d (dilute). His mom was Broken Castor. I'm excited to see what colors I will get in January once he's old enough to breed.

He sounds beautiful!
Now you have to post pictures

Huh? Is "buns" short for "bunnies"? Otherwise, I would guess your 2 buns weigh about 2 lbs each.

Senile_Texas_Aggie said:
Huh? Is "buns" short for "bunnies"? Otherwise, I would guess your 2 buns weigh about 2 lbs each.

Lol, yes short for bunnies. I now have 8, and I should be keeping track of their weight.

Senile_Texas_Aggie said:
Huh? Is "buns" short for "bunnies"? Otherwise, I would guess your 2 buns weigh about 2 lbs each.

HA HA! I can't stop laughing at that one

No pictures yet? Come on!

Ok, here's some pictures of Expresso. Frost is in the background of the first one. 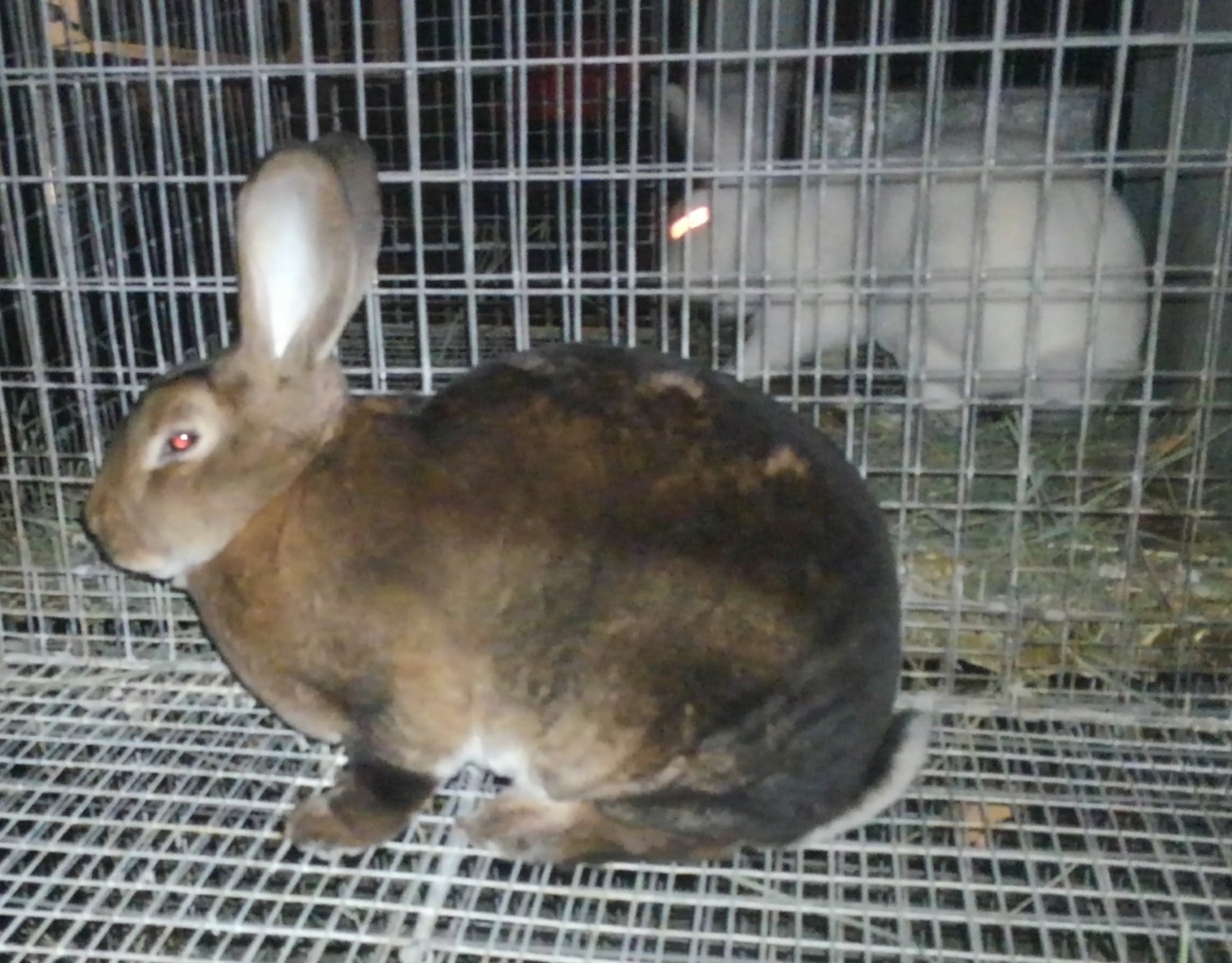 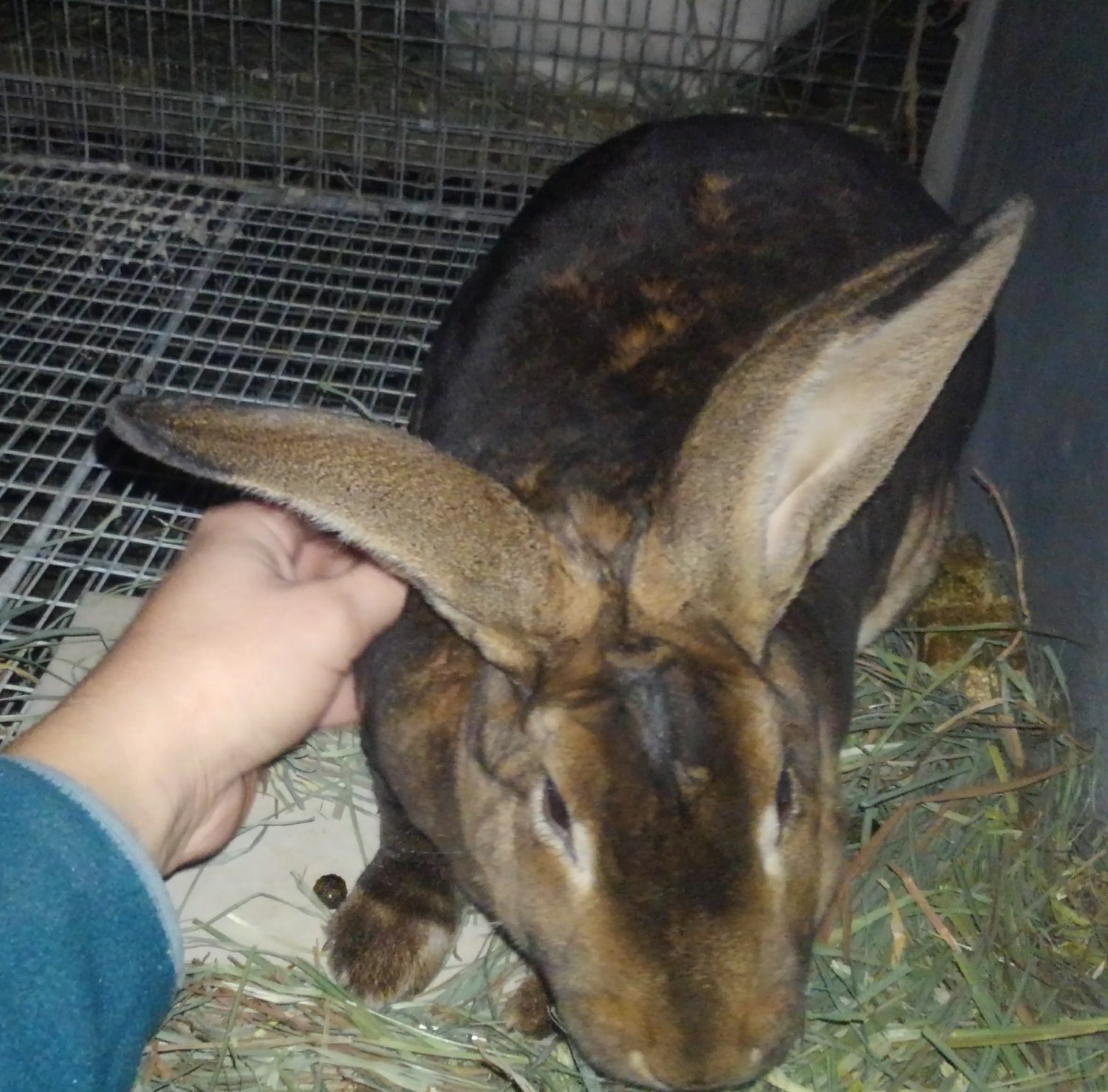