Senile_Texas_Aggie said:
Could you use Google Earth for the "before" picture?
Click to expand...

Definitely, but I don't know how often they take pictures. I think it's every couple of years.

Hmm. I think there's a way I can input gps coordinates of the property lines and plug them into Google Earth to show the shape of the property. That might be kinda cool.

Lenders can get squirrelly on property with damage. Some won’t lend, some will lend with a time limit on repairs.

Our lender gave us 30 days and repairs had to be done by a licensed contractor. I had to send them a copy of the itemized invoice, marked paid, for proof. Plus the inspector had to come back. Check off the list and make his report.

Our realtor says that because we paid for the inspections and didn't write them into the offer that the lender doesn't get a copy, so they won't necessarily know the extent of the damage. Repairs are probably going to depend on what the appraiser says. If they mark down damage then the lender might require it to be repaired before escrow closes. Right now the appraisal is scheduled for the 22nd. We have asked for a credit during closing, but I don't know if we are going to request they make repairs or not.

Baymule said:
Our lender gave us 30 days and repairs had to be done by a licensed contractor.
Click to expand...

And if all the contractors are busy as heck? I guess one should not plan to close on a house just after a hurricane takes out the city.

Bruce said:
And if all the contractors are busy as heck? I guess one should not plan to close on a house just after a hurricane takes out the city.
Click to expand...

I had the contractor lined up and ready to go.

I worked in the garden all day Saturday. Previously all of the plants were squished up against each other and there was no walkway through. I damaged a few plants when I fell last week after losing my balance and not having something to grab to catch myself. The bruises on my legs were pretty spectacular too.

I moved the fence out a few feet (had to remove 2 t posts and install 3 more), so now the plants are grouped along each side with a center walkway. The plants have been mostly grouped by type too, so if they are still here and not at the new house when we are gonna get really cold, I should be able to throw a frost cloth over just one area and protect the delicate plants.

I repotted quite a few of them as well, to give them more room to wiggle their roots and get bigger. The bigger avocados I started from pits in 2017. I have 8 growing now, and a bunch of pits to start some more. I also have 2 mangoes, several lemons, a lime, two walnuts, a gooseberry, three rhubarb, two kiwi (might be both female), two grapes, 4 figs, 2 guava, and more I'm forgetting.

I also have a banana plant I found for a steal of a price on FB marketplace, I'm hoping I can keep it alive and happy. I don't know if it's the fruiting kind or just ornamental, but it can be a happy patio plant either way. 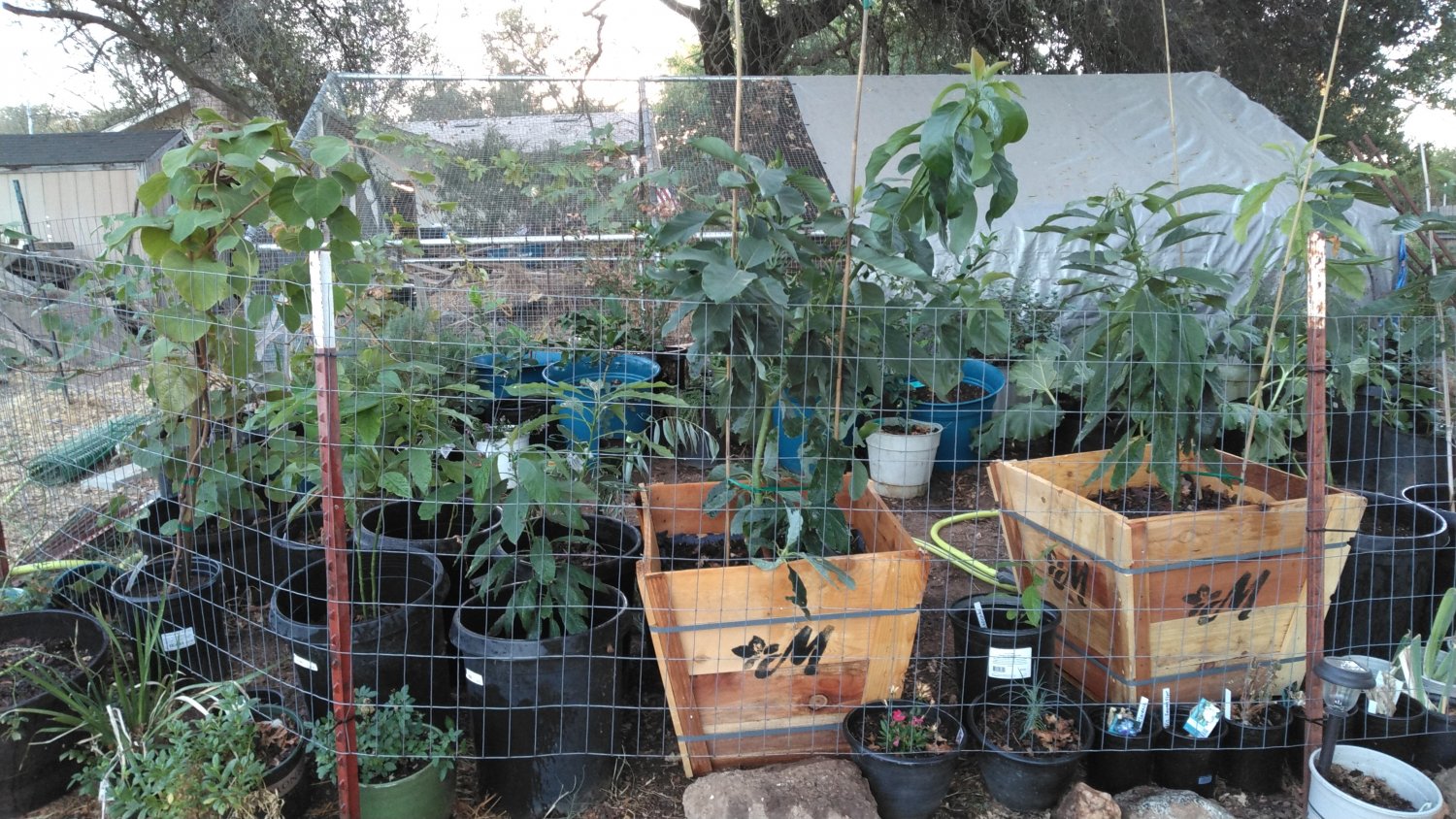 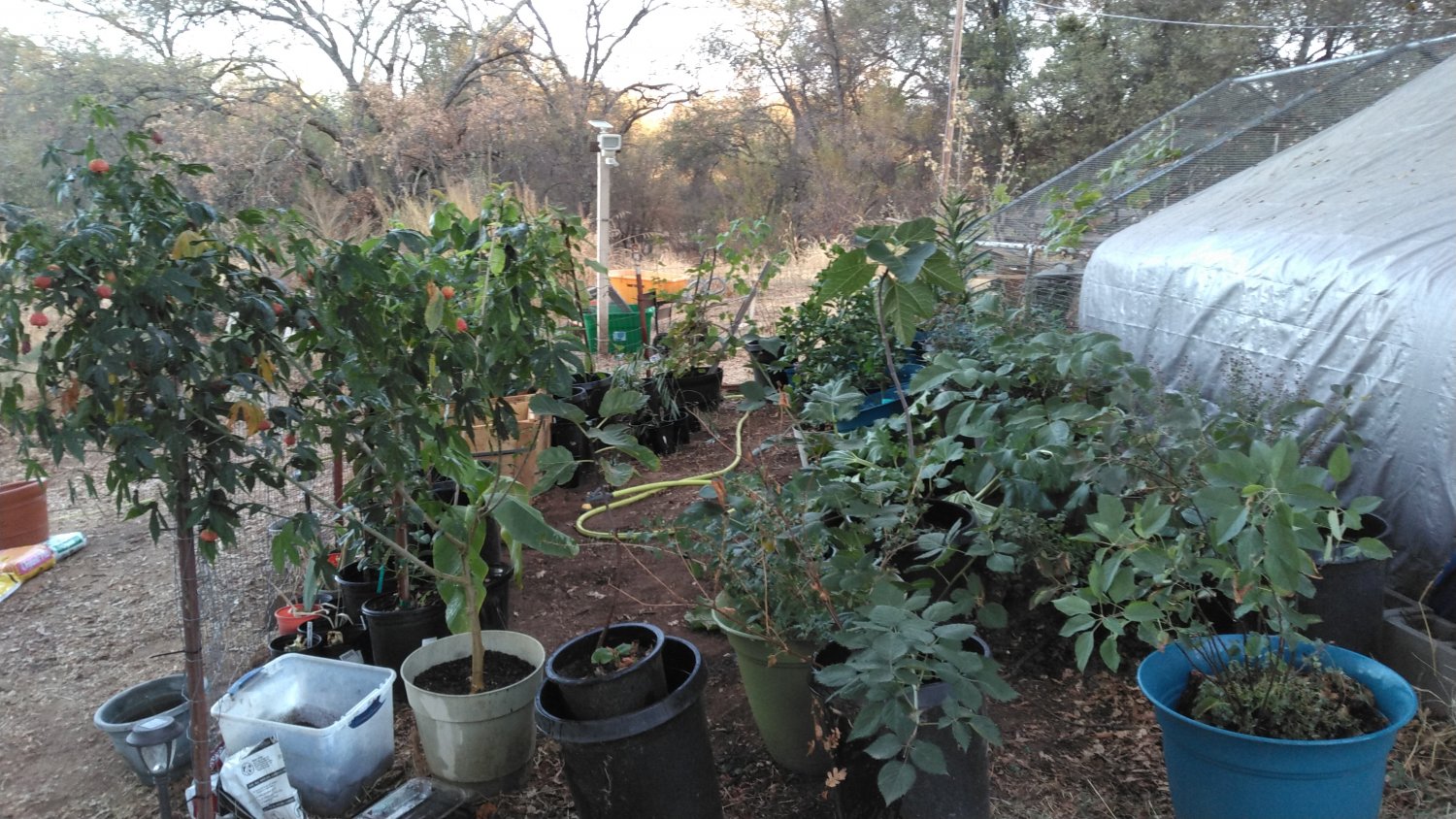 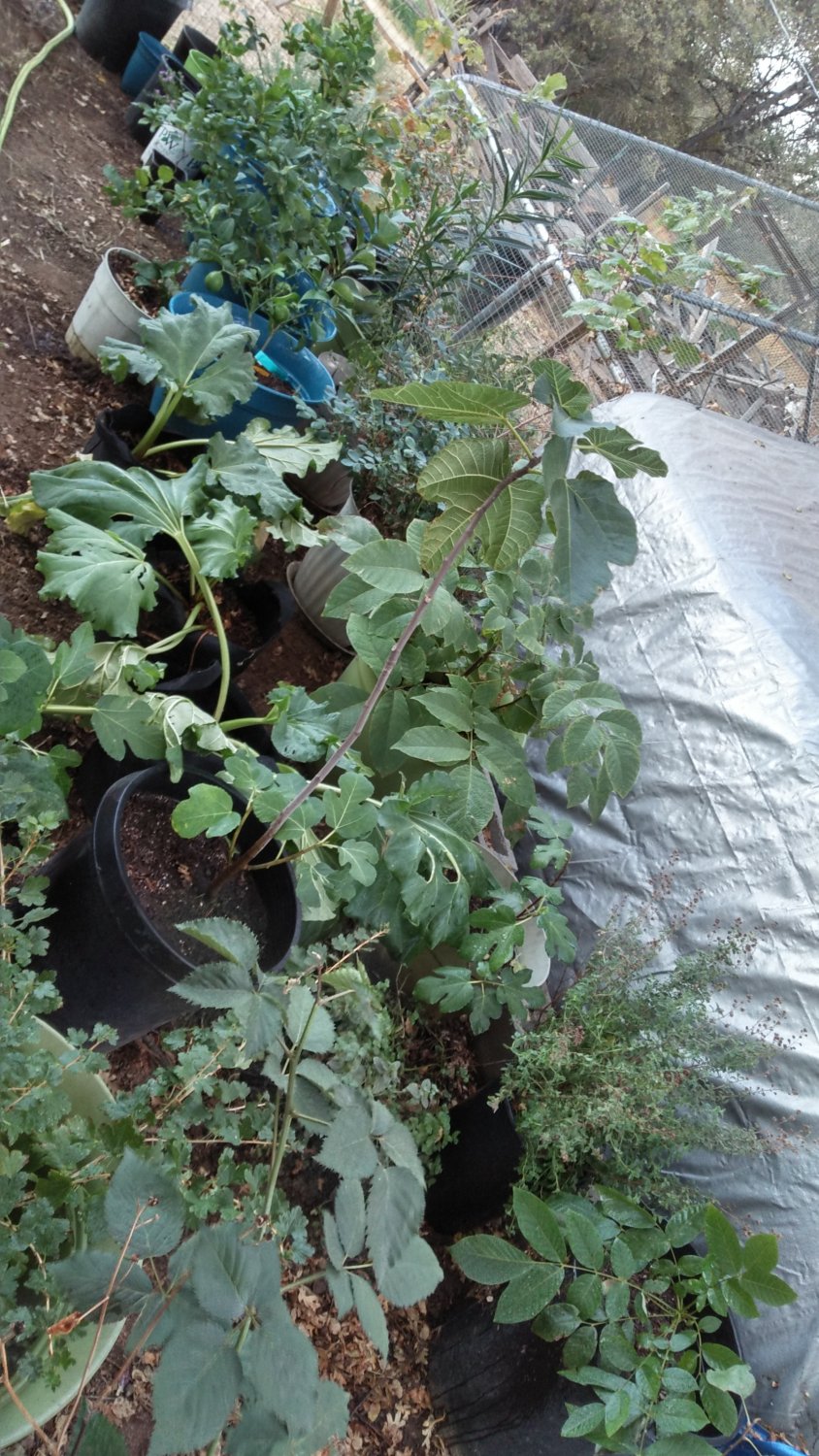 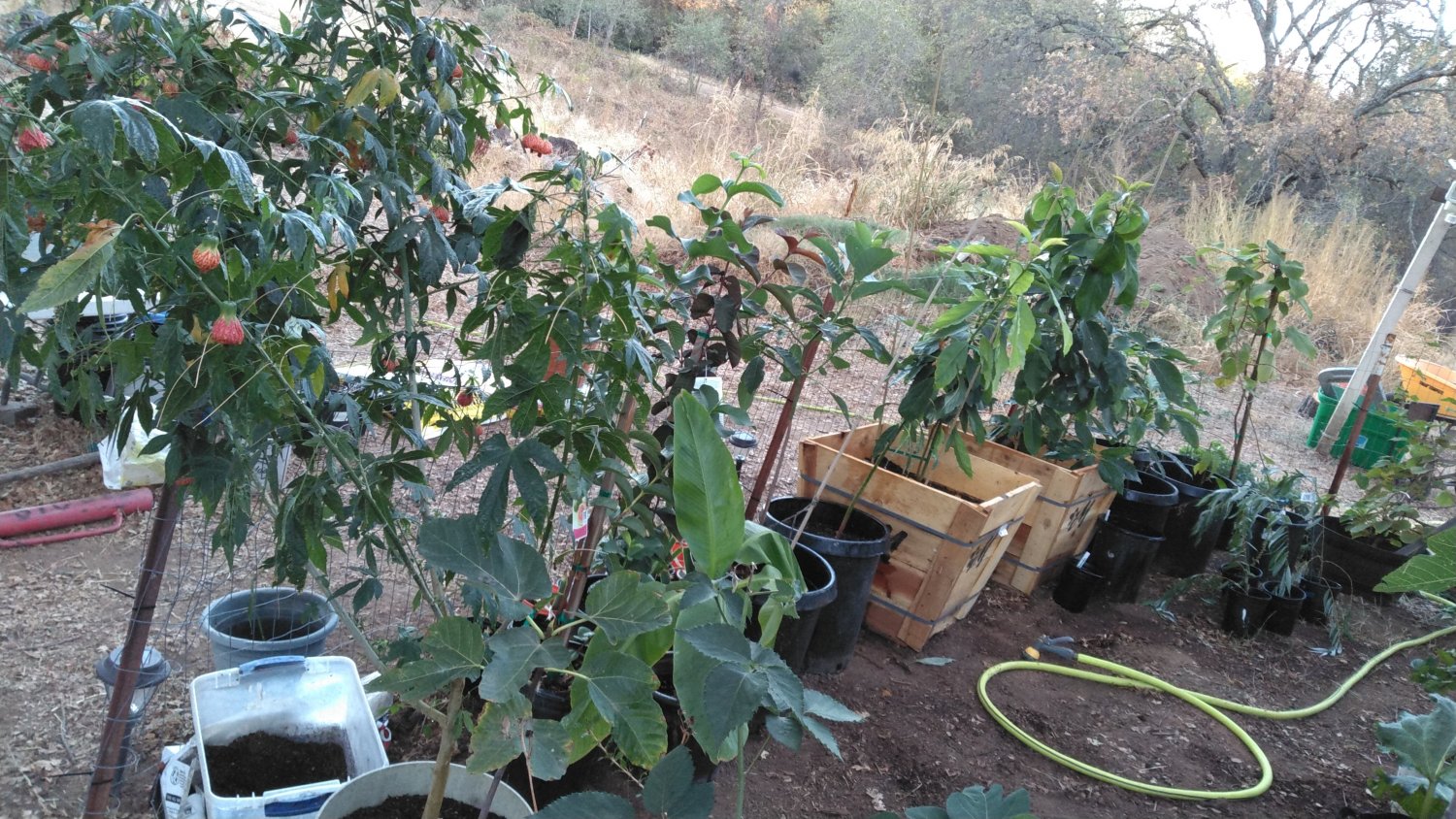 I also took some cuttings from a willow tree and stuck them in dirt, I'm hoping they root. I need to see if I can find trees of a couple other types I was wanting and get cuttings from those as well, that way I won't have to buy them once we are in the house.

I have some seeds supposed to be arriving in the mail, to start two types of palm trees, a balsa tree, gooseberries, white bird of paradise, strawberry papaya, and darjeeling bananas. All of them should be able to grow in zone 8/9.

My mom joked I need to find a plants anonymous for my plant addiction (she said this as I stole the avocado pit from the avocado we had with dinner). I think it's a less destructive hobby/addiction than other things.

I still need to finish the fence on the end of the garden, right now it's open but somewhat protected against deer intrusion by the very prolific flowering maple and the spiky gooseberry. I received permission to expand it a bit, so it's going to wrap around the turkey pen (enclosure with silver tarp in the pics) and meet up with my brother's garden fence. I need to flatten the dirt out a bit and move a few rocks, but that will make it much bigger so I can get more plants or spread out the ones that I have now.

Do any of you folks reading this have rhubarb? How do you know when you can harvest it? I have three that I have been growing for a few years now and they are finally getting big so I was wondering if I could harvest some stalks.

You have a nice vegetable garden. I wish I could grow a garden, but if I were to attempt it, it would end up looking something like this: 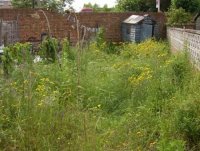