Devonviolet said:
It is with great sadness that I announce that last evening our friend, Joe, passed away.

I have begun a tribute to Joe on a new thread.
Click to expand...

Please go to that post, to add any thoughts or memories about our friend, and do not post anymore, here on Latestarter’s journal.
Click to expand...

I retired from the US Navy back while in FL, in June of 2000 after 24 years of service. I moved to Colorado to join my brother and help him with his mortgage business as a trainer and loan officer. I love the outdoors, mountains, hunting and fishing, and where better than here? After he drove his business into non-existence, I went to work for a builder's mortgage company and worked there for a few years. Then I got remarried and became a "stay at home husband" to help her and her son adapt to life here in the US. After that divorce was final, I went back to work in QA in a manufacturing environment. I quit there in Sept 2015 and am now officially retired.

I had been renting homes when I first moved out here to CO for a number of reasons, but finally bought a place right at the peak of the real estate bubble. Several years later, after it had lost 1/3rd of it's value, I lost it to foreclosure and went back to renting. I bought my present place with the idea that I wanted to have more space, and chickens, and goats, and a garden. Well, I got the chickens, and then got bees, and then in preparation for the goats, got an LGD. Then, I quit my job, decided to retire, and quickly realized that the cost of living here was too high, the influx of people was too high, the taxes were too high, the regulations and laws were becoming onerous, and that I didn't have near enough space to do what I want to do. So, back at the end of last year (2015) I started looking at the possibility of moving. Through a lot a research I determined that for amount of land at lowest cost, lowest taxes, lowest cost of living, lowest population, etc. my best bets would be either TX, or KY.

TX has no income tax, KY does, but, they don't tax military retirement or social security.
TX has very high sales tax @ 8.05-8.25% (county/city adds on top), KY is fixed 6% state wide.
TX has very high property tax @ 1.5-2%+ depending on county, KY is <1% anywhere I'd want to buy.
TX has no inheritance/estate tax, KY doesn't either if estate goes to direct 1st tier relatives.
Land prices in rural areas is about the same in both places.

So, I decided when I sell this place, I would move to the best piece of property I could get in either place. Right now, that seems to be KY. Which as an aside is a plus as I don't do well with high heat, though I admit I'm doing less well with cold as I get older.

I have a very social butterfly neighbor who when I told her my plan to move, introduced me to a woman who says she'd like to buy my place, at my asking price, for cash, and agreed with my time line of wanting to close in May/June time frame. She is presently living in another neighbor's garage... The only thing is, this woman needs to get the cash from an aunt, and hasn't done so yet... nothing in writing, everything verbal.

A very good friend and I went to dinner at a Chinese restaurant a week or two ago and my fortune was something along the line that I was about to come into a windfall. Earlier today, there was a dump truck that had gotten stuck in the dirt driveway across the road from me. I went over to offer to help. I met the owner, who rents that place. In chatting with him and several other neighbors, he found out I was moving/selling. He came over to my place and rang the doorbell and offered to buy the place, cash, right now and wanted to go get the cash to show me he had it

I told him the price the other was going to pay for it, and told him I had already agreed to sell to her for that price, but since then values have increased, so if she didn't come through, I'd absolutely sell to him, but the price might have to be a bit higher (there's another place in here on the market right now for 45 thousand higher than what I'd agreed to sell for - similar but different - I couldn't get that much). He told me he just sold 2 properties and has ~ 1 million in cash right now waiting to be spent. I told him the price just went to 450K (then told him I was joking).

He came back later to drop off his contact info & told me he'd be willing to close next week, he'd cover all closing costs including title, pay cash at my asking price (to the other woman), and let me live here rent free for as long as I'd like...

I said It wouldn't be more than 6 months. He agreed to put that in writing - 6 months, free rent. I took him through the place and he said he'd probably like to move in and live here. He asked if I would leave the chickens and he'd pay me for those separately. Man, I know I told the woman she could have it first, but all real estate contracts must be in writing and she's done nothing yet, nothing's in writing, and she doesn't have the money... I don't know how I can pass this offer up...

So, I think I may be closing on the sale of this place by the end of this month, and then have 6 months to figure out what will work best for me. I want a piece of property with at least 10 acres, live water (with fish even better), mix of pasture and woods, room to shoot firearms and hunt on my own land, obviously rural land, a mortgage payment of half what I have now or lower, purchase price 160K or less.

It just so happens that I HAVE found a property in KY with 30 acres and TWO homes on the property (one a rental, the other a newer manufactured home) with several pastures already fenced, two ponds, one natural spring fed, that I could easily afford, and the rent income would cover the mortgage I'd need to take to buy it. If I sell this place I'll be going to visit/inspect that one very soon.

So that's where things stand at the moment. Life has sure gotten exciting very fast as I've gotten older. So though I thought that the "start" of my farming future (though later in life; hence my screen name) started in the fall of 2013 when I bought here, it appears that was a "false start" and the real thing is about to commence

Wow, that is great! I hope it all works out for the best!

That's great, hope it all works out for you!!

Wow, sounds great, I sure hope it works out.

I need to get Chinese soon and check my fortune too

Congrats. Get that contract and smile all the way to the bank!

Get your goats, chickens, and all those wonders! Enjoy life while you can

As much as I'd love to convince you Texas is the place to go, follow your heart!! I'm excited to folow your journey!!

Talked with the woman this evening and she can't move that fast, isn't even sure she can get the money. So, Looks like I'll be taking the other offer, but gonna try to increase the sales price a bit and lower the free rent to 4 months, and keep everything else the same.
P

OK, I went ahead and explained the situation to the woman. She didn't have the money, and the aunt she was supposed to get it from was upset with her at the moment. In my mind, that means pipe dreams. Talked to the guy who wants it, agreed to price 3 grand higher than original, he covers all closing cost (including title), no appraisal, no inspections, free rent for 4 months, cash deal, close NLT May 10th. He gets chickens as part of deal, as well as spare (nice/large side by side) refer in garage and lawn tractor. He has realtor friend will contact me and bring contract by later today for review and signature.

Property I want is still available right now. Hope it stays that way. Will head there to visually walk it/inspect it right after closing. 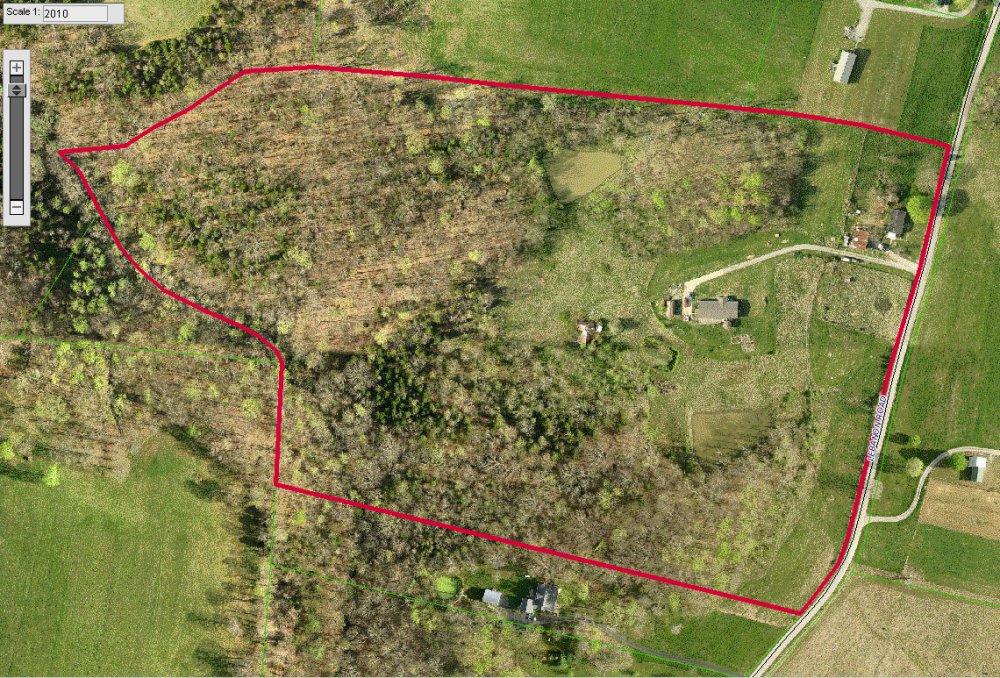