I know, not a very original name. But, I was running out of options? . She’s a cute little girl, just born last Aug....obviously all black. New Zealand girl from Alice’s litter. I bred her to another black buck born right before her. He’s about the same size, same breed. I’d all but given up on her to kindle, I’d put the box in 11 days ago, and nothing....no hay playing, no fur pulling. Nothing. And then this morning as I was cga water, I noticed fur in her dish! So, I looked in the box! ( I’d become so used to nothing in there I wasn’t even going to look)...There was a pile of fur! But, still, I thought, maybe just fur, and babies will be tomorrow...but, nope, there were wiggly babies in there! A total of 7, but only 5 were alive.... One was cold, and one I tried to help, but...it was just too far gone. But, the rest are doing great! Four are black, one white! One has a tiny white stripe down its head, I’m sure that one will sell fast, unless I decide to keep her, I have a thing for stripes! .
The funny thing is, I really didn’t think the little buck had it in him. When I put the two together, not much happened. I helped him out. But then I decided to let him try to figure it out himself. I went about my chores in the barn. I sure heard a lot of stomping, and I looked in...everything was fine...but I wasn’t sure if anything had really happened.

I guess it did! 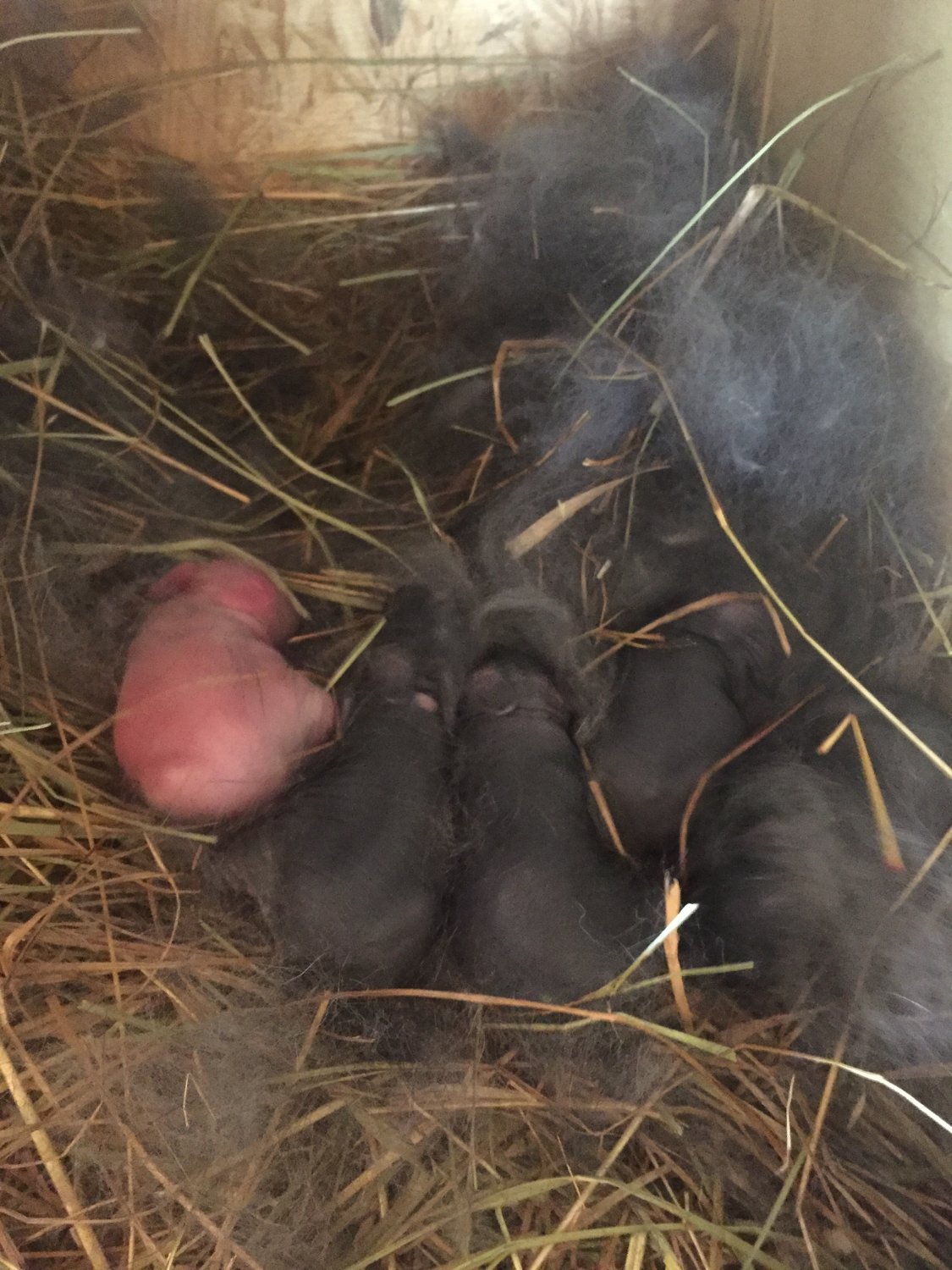