Baymule said:
Try the crust with the egg in it, then decide which way you like it. I have used that recipe to bake small rounds, then piled ground meat, lettuce and cheese on them.
Click to expand...

Okay, I tried the crust with an egg in it. It turned out good. But I think I liked it better without the egg.

I had a taste for some potato salad to go with some pork shoulders I have on the smoker but I didn't want the calories with Mayo. I made a dressing sort of based on a German Potato Salad recipe but there again I didn't want the high calories. German Potato Salad that I'm used to is served hot and uses bacon fat along with vinegar and mustard as a base.

I made my dressing using red wine vinegar, olive oil and Dijon mustard. The amounts don't seem to matter but I used more olive oil than red wine vinegar and approximately 3 tbs of the Dijon. I added some garlic salt, pepper and wound up adding some Splenda. It is a tasty substitute and I may try it over some steamed cauliflower to see how that works.

We haven't had any pizza for several months because the keto recipes were too high carb and calorie for me but we said to heck with that issue tonight. We made the Keto Pizza recipe posted earlier and it was super tasty. I even got to put my anchovies on one side of it. 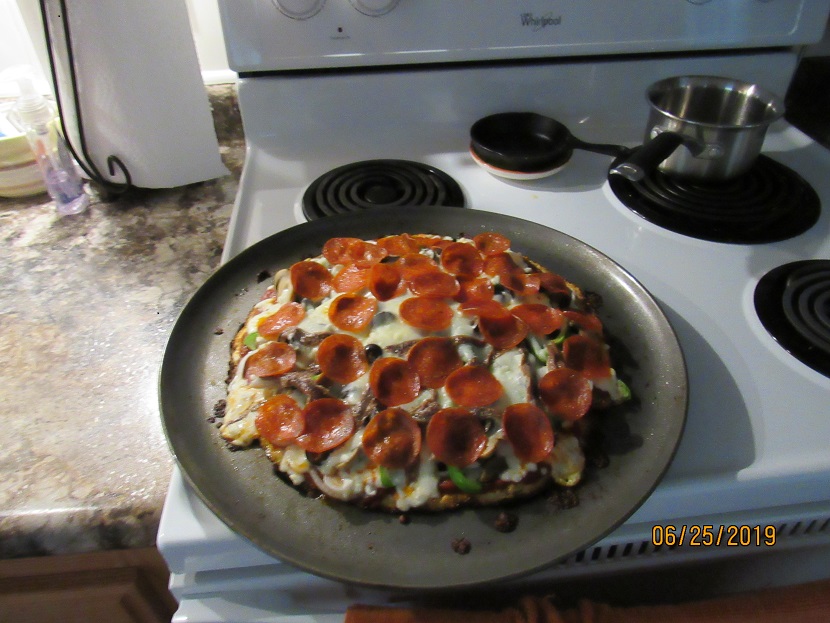 Since I started making @Baymule's pizza crust recipe we've been having more pizza. the one thing that I changed in her recipe is that I leave the egg out. I tried it both ways, and like it better without eggs.

I kept her recipe and will have to give that a try next time.

@Baymule had DH & I over, to celebrate the 4th, along with neighbors, who live next door. We had a great time, and the highlight of the visit was low carb buns for the Wilber/Ramburgers! Since I went Keto, I have been eating "bunless" burgers. So, this was a real treat for me. Bay sent home the remaining two low carb buns, and DH and I cooked burgers on the grill tonight. M-m-m!!! 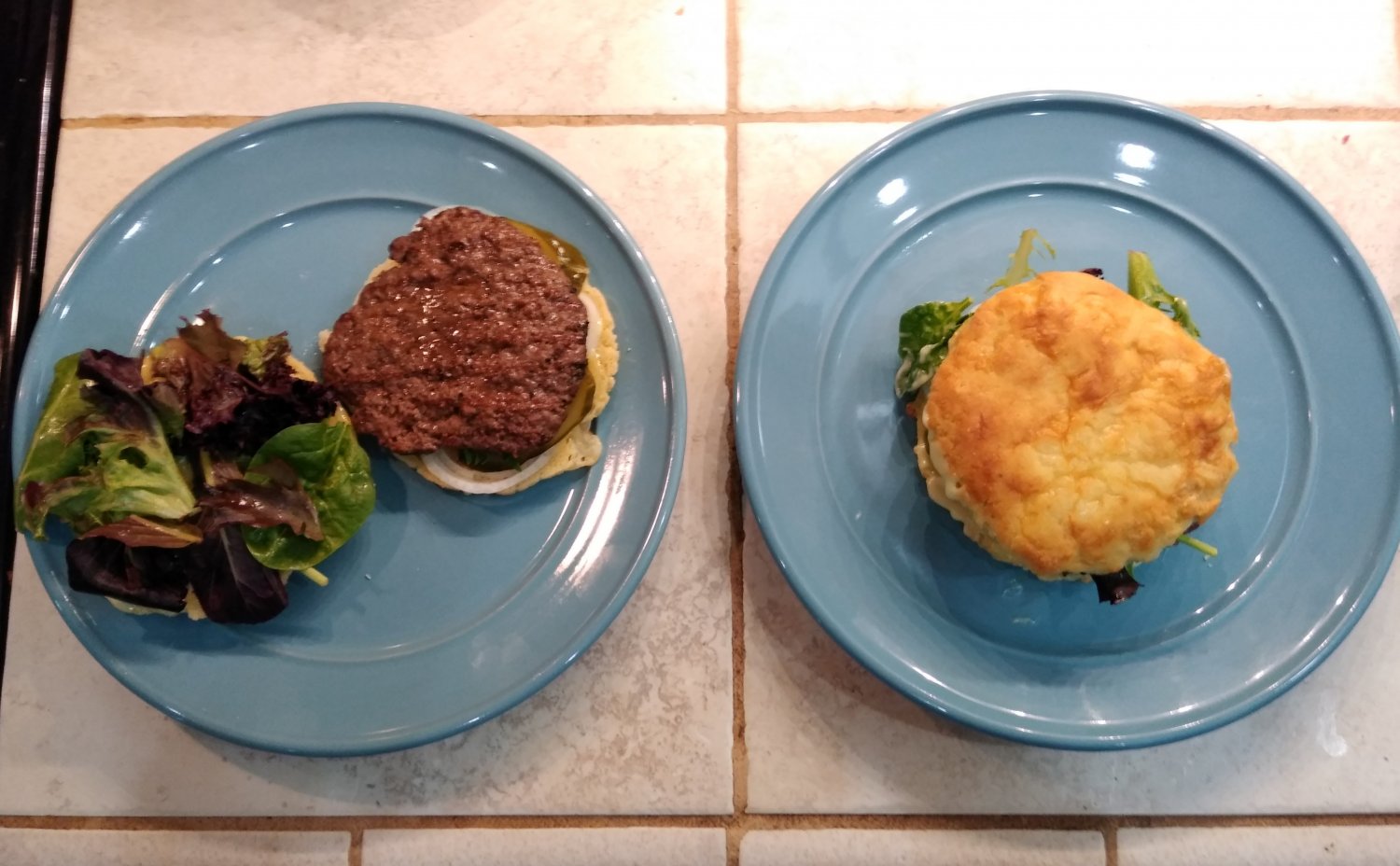