Milking Out or Holding Back?

As many of you know, I’m still fairly new to milking goats and learning. Diamond is the first doe that has freshened on the farm that I’ve milked. (Nellie’s kid was pulled and sold a week before I got her and she was only milked once a day until I could pick her up.)

I didn’t milk Diamond much until the two bucklings were weaned as I was trying to encourage Jasmine (Small Doeling of trips to grow.) It must’ve worked because she’s now caught up to the boys!

We’ve been penning Jasmine up for about 8 hrs at night so that I can milk Diamond in the morning or Jasmine drinks it all! I’ve been consistently getting 1.5-2 cups each morning (except when Diamond cycles.)

My concern is that Diamond is holding back and not letting me empty her properly. Despite “punching” (really bumping as I can’t make myself get near as rough as the kids do) she barely lets down any more milk.

I’ve taken before and after pics this morning. (Sorry about the lighting in the second pic, I forgot to take it while she was on the stand.)

I’d wean Jasmine but she’s very intimidated by Sparkle and CeCe and I don’t have anyone else to pen her with so it’ll have to wait until the newest batch of babies are ready to wean. (I’m also leaving feed out all day for the Lamancha girls and Jasmine would absolutely gorge herself if given the opportunity.) 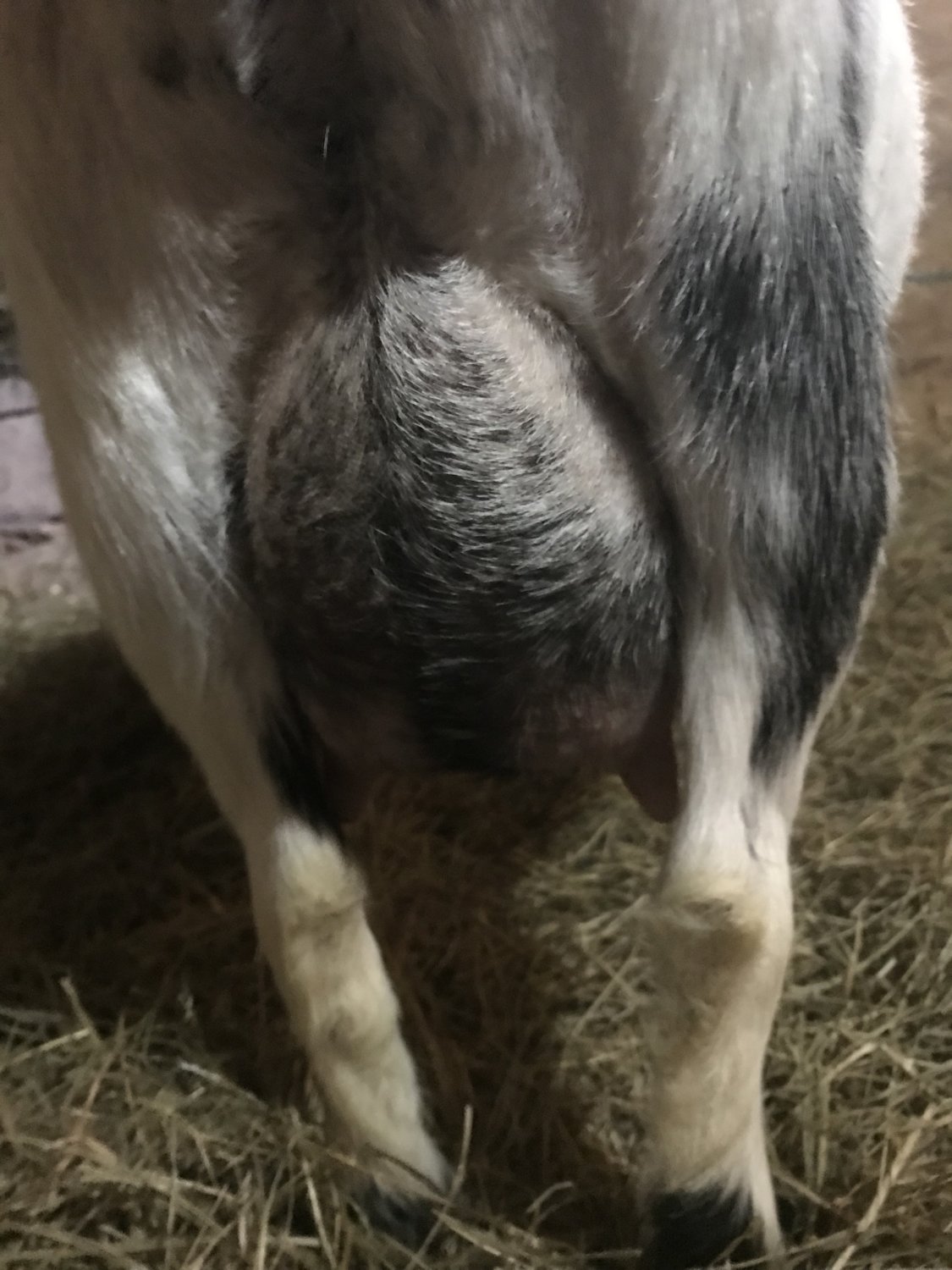 Thanks for responding @Hens and Roos!

I actually felt her udder after milkin this morning and it was very deflated. I think she just has a fleshy udder and might be holding back some.

We should know more when I wean Jasmine and get to milk full volume twice a day.

how long before you wean Jasmine?

Hens and Roos said:
how long before you wean Jasmine?
Click to expand...

Probably about 6 weeks. She’s terrified of the Lamanchas and I can’t put her by herself. I’ll definitely wean Beauty at 8 weeks since she’s the biggest of Nellie’s trips so I’ll have a Doeling to pair with Jasmine.

Wehner Homestead said:
Probably about 6 weeks. She’s terrified of the Lamanchas and I can’t put her by herself. I’ll definitely wean Beauty at 8 weeks since she’s the biggest of Nellie’s trips so I’ll have a Doeling to pair with Jasmine.
Click to expand...

that sounds like a good plan! Last year we just left the doelings with their dam's and got what we got as far as milk, not sure what we will do this year

We have a dog crate in the pen that we put Jasmine in for about 8-10 hrs each night. Gotta have the milk year-round for our youngest. Jasmine doesn’t seem to mind going in it and Diamond sleeps right next to her.

Since it's just me (and I do love milk), I don't always milk out, especially this year. Last year, Dot had a single that became a bottle baby so I milked out twice a day IOT make sure there was bottle milk. This year I have seen 3 different kids drinking off Dot at different times... two are hers and the other is one of Bangs. Yesterday she was feeding two at the same time

One of hers and one of Bangs. So, I'm only milking her once a day and sometimes not at all. It seems they prefer one side over the other normally so one side can be filled to max while the other is soft and nearly empty. When that happens, I milk down the full side to almost empty. Yesterday I milked her completely out as both sides were full. She gave almost a full gallon from that milking. Sounds like you're doing what you need to do to make/keep all the kids happy, healthy, and growing.

Lots of goats will hold back... massage the udder instead of bumping... she probably has a meaty udder too.
How old is Jasmine?

Southern by choice said:
Lots of goats will hold back... massage the udder instead of bumping... she probably has a meaty udder too.
How old is Jasmine?
Click to expand...

Jasmine will be 13 weeks on Tues.