Oh my goodness, that was horrible for you...sure hope it doesn't happen again ...have you considered building a ARK ?

Yes, actually, we have!!

Did your whole property go under water? I have a vision of your home up on poles, with a wide porch with railings, in a flood event and all your animals on the porch!

In Harvey, yes the property was completely flooded. Thank God we had NO animals at that time. For Imelda, we were going to Auction on the 28th of September and Imelda hit us on the 17-18th. We had a lot of clean up to do before we brought the goats home. We have built burms so the animals will always be out of the standing water and we plan to have loafing sheds built by next summer. We do have a way to transport everyone and a place to take them that doesn't flood so we do have that covered, just in case....

Got to have a Plan B!

It has been too hot on the farm lately! A few small showers made the humidity soar! Chicken coop is almost finished! Baby Guineas are getting big! 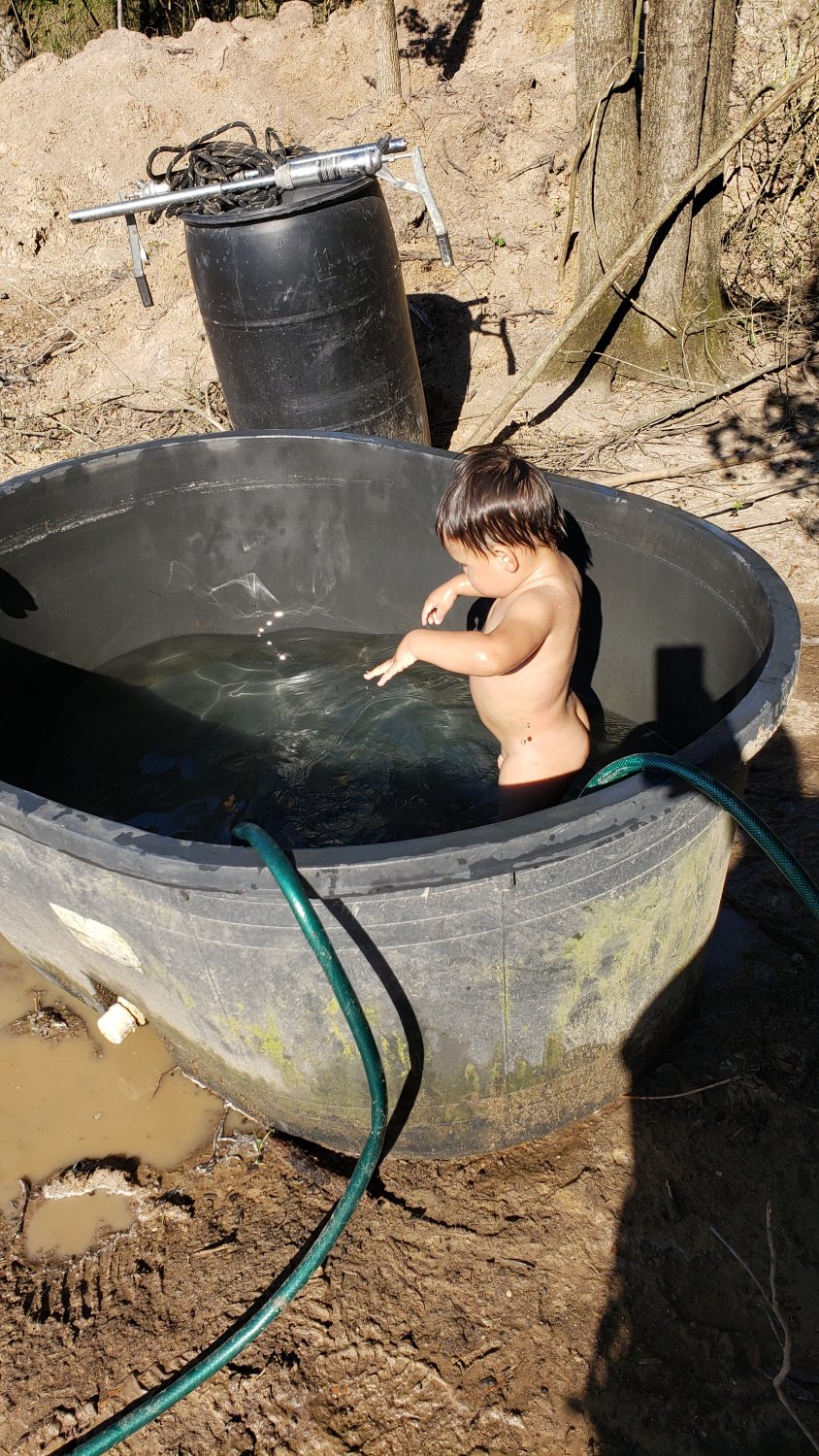 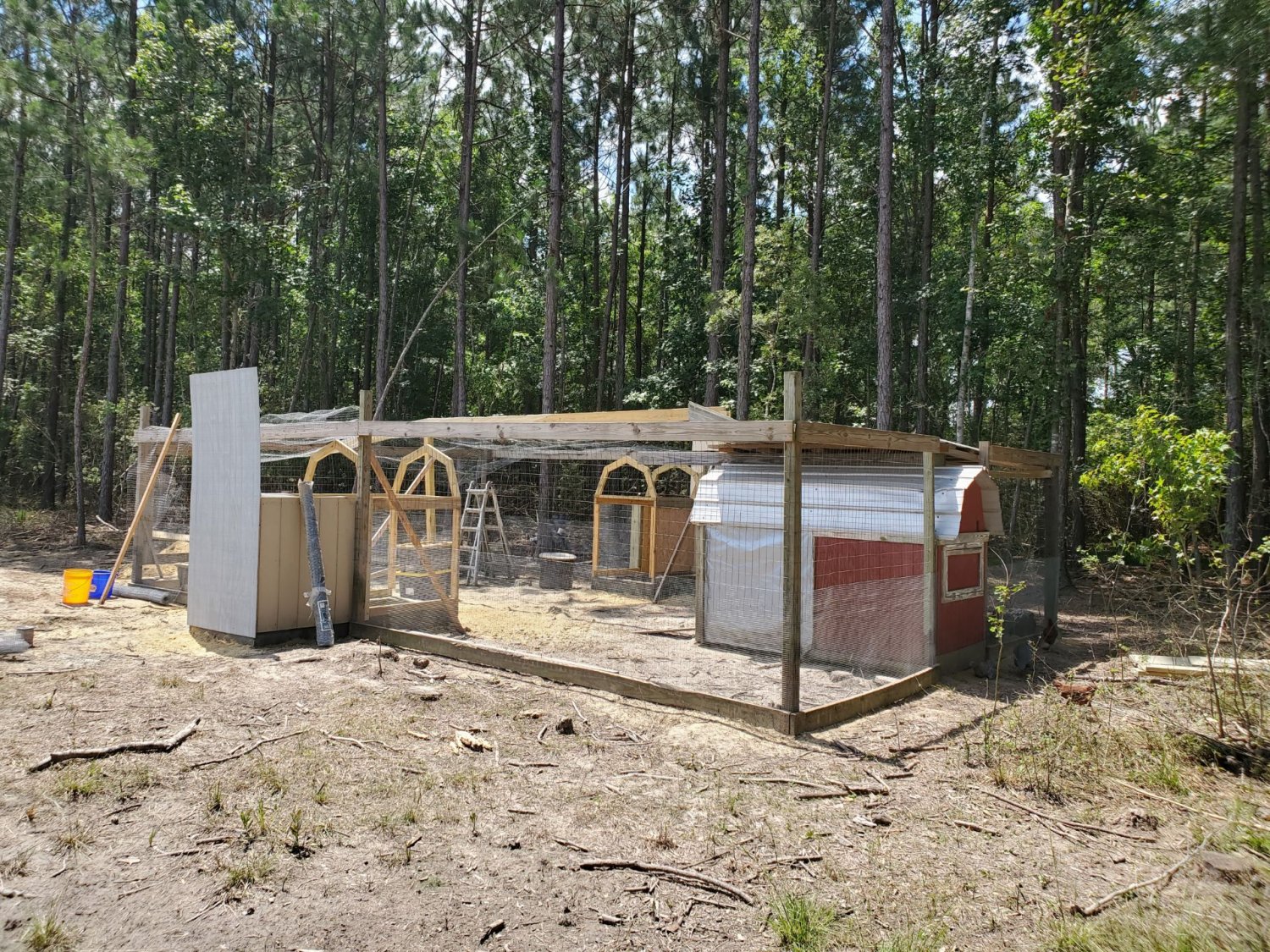 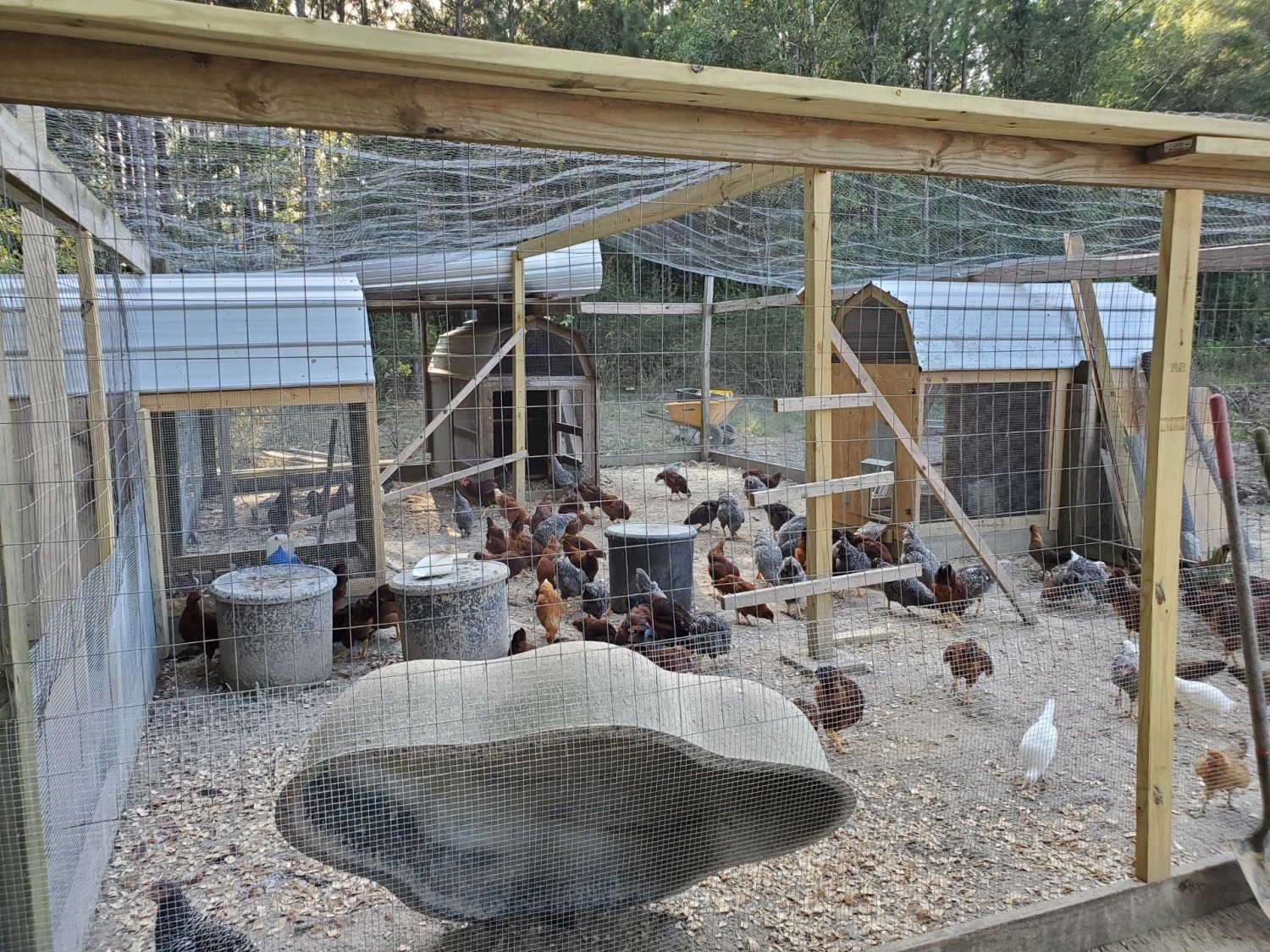 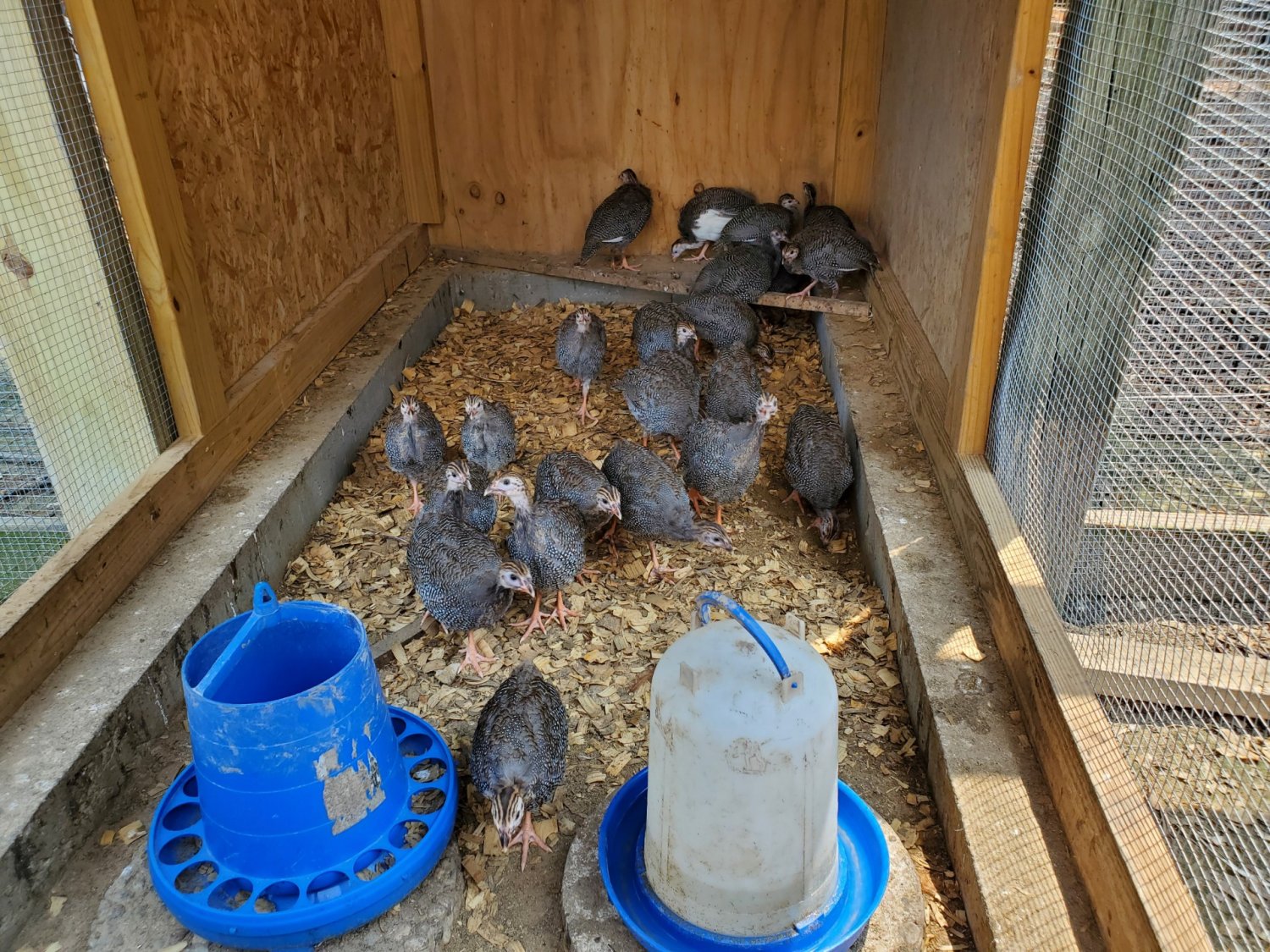 I love the baby in the water trough! That is classic redneck fun! Earlier this summer, we bailed out the horse trough to scrub it and our two little grand daughters went mud swimming. Then they got sprayed with the water hose, made pools in the mud for more mud swimming and had a wonderful dirty time.

Our newest addition and Mom, Mai'zee