Hi all, so I’ve got 36 laying hens...they lay between 27-32 eggs a day...darn good, right?! I guess they like it here? Anyways, when we got the original 12, RIR...I had an occasional egg eater...never caught the culprit. I was too cheap to buy ceramic eggs, so I found very oval rocks from our landscaping and put and 5-6 in laying boxes. At that time, they really only used 1-2 nest boxes. Ok, so, then we bought a whole lot of pullets. No issues. We had some in quarantine...2 turned out to be egg eaters, so we ate them, so they didn’t teach the others bad habits...and why keep a chicken who’s not producing? So, fast forward....in the last few weeks I’ve noticed some eggs yolks in the boxes. Chris lets it slide. I bought some fancy Easter eggs that were at goodwill..porcelain? Well, the eating has ramped up. I’m losing about 2-3 a day. I’m pretty positive it’s not soft shell issues..we’ve never had that problem, in fact people comment on how hard the shells are... Plus, sometimes I find shell remnants. I see a random chicken nibble at the egg remains, I think I know her, but she looks just like the other of the original 12. I hate to cull the wrong chickens...at this point I doubt it’s just one? Yesterday there was an egg with a hole one the middle of it. Like they started to eat it and got caught. I figured it was a great time to fill it with mustard. Well, those darned girls must like mustard?? The egg was torn apart..I have pictures..and the mustard is smashed around. Plus, I lost two more eggs and the day isn’t done. I know some say there is nothing you can do....I know some say to sit and watch for the one who does it. I’d rather not have to sit and watch...and I don’t hav3 a game camera and Chris will definitely say no to that!! So, any ideas? 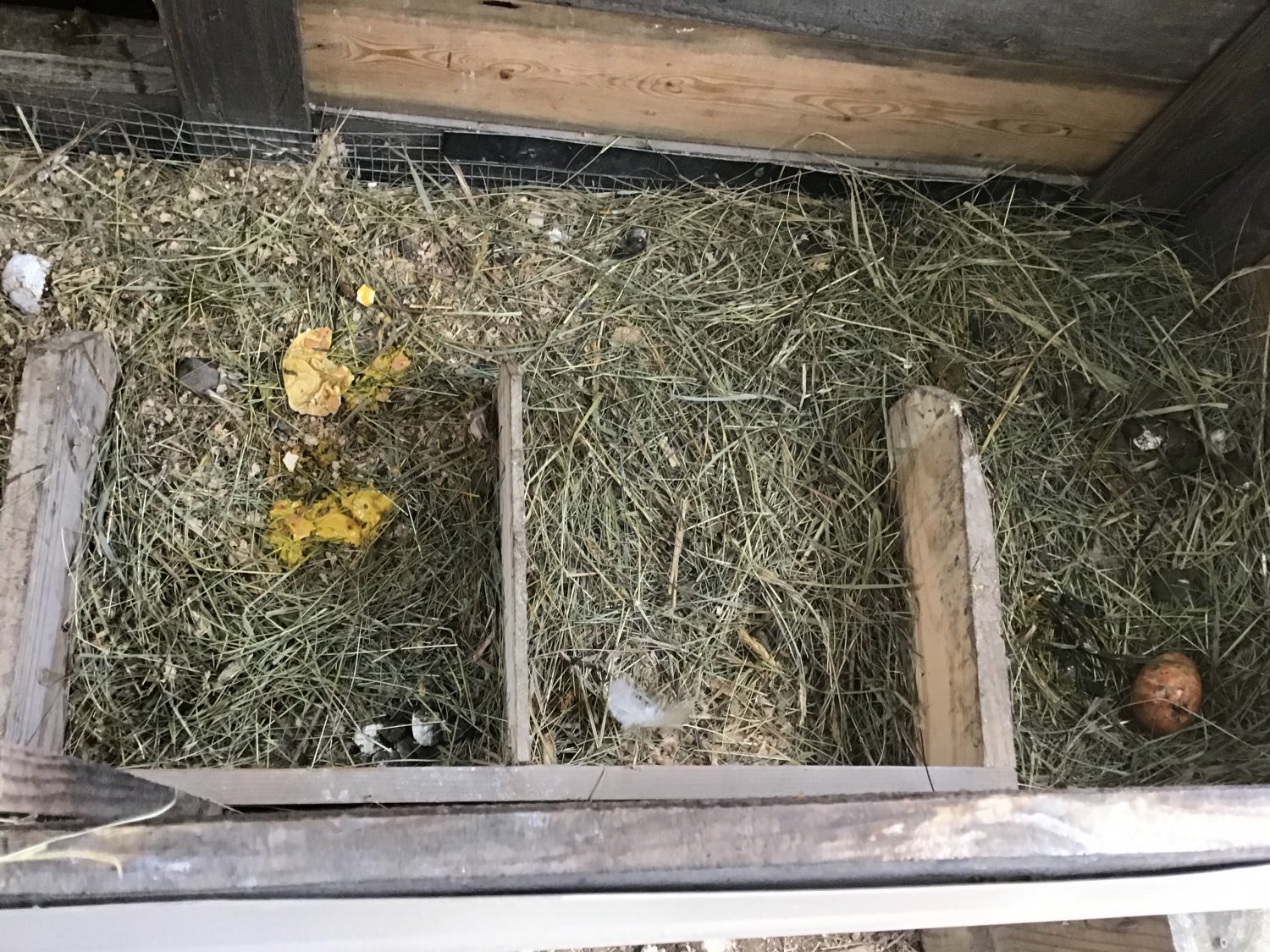 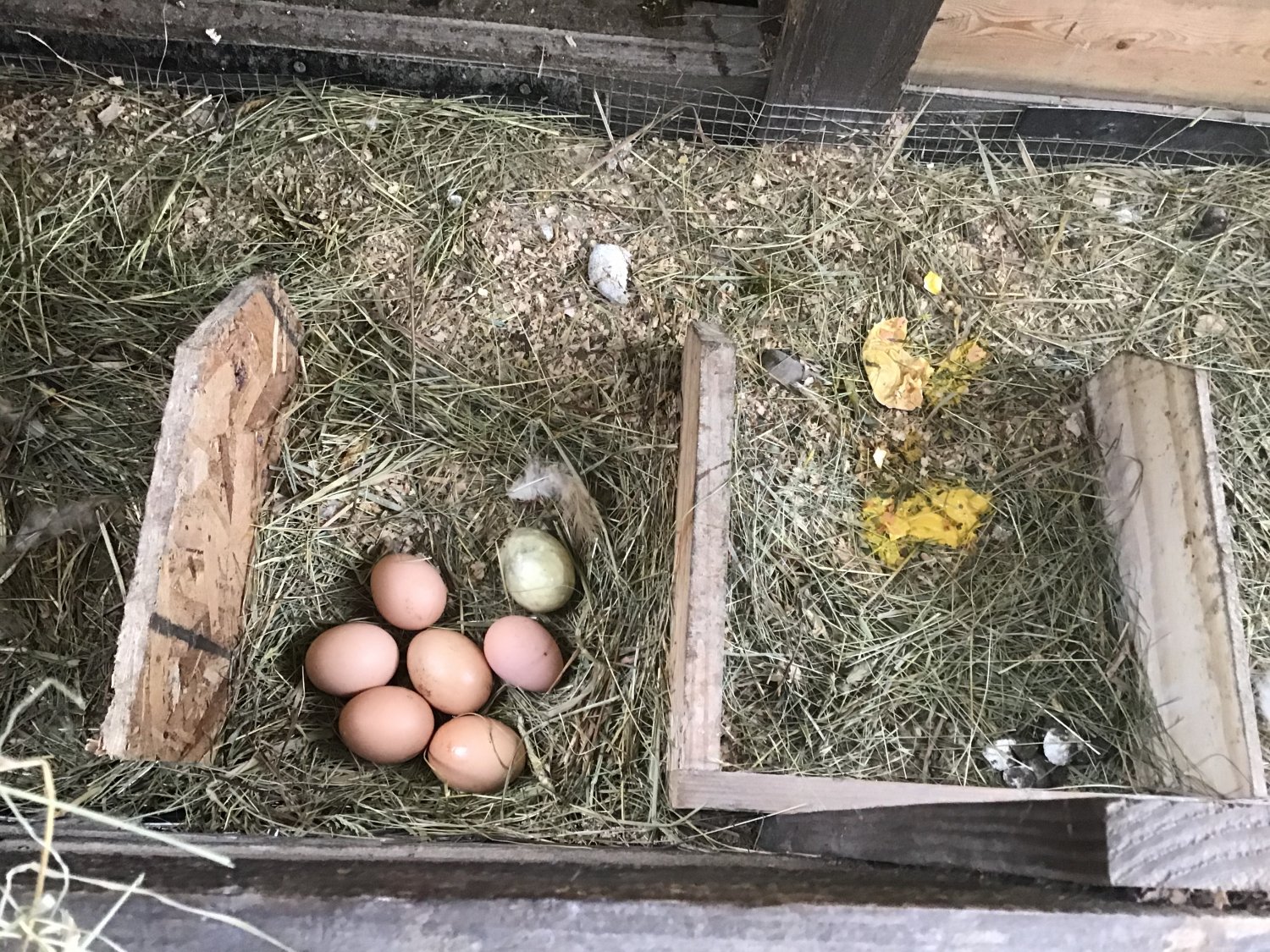 Maybe they aren't getting enough protein or This e eggs might have been damaged. I have a few that iits cracked its game on but if it's not they leave be. I have some newer hens that lay soft eggs at the beginning but once their bodies figure it out no problem I know they some times eat them because the bedding is soaked but never figure out weho or wht most of the time but then it stops so i assume their was a problem with the shell.

We feed them a mixture of all flock, which has 20%, beer grain..which they love, but I’m not sure what the protein is in that? Then they eat a layer feed with 16%. Plus, lots of goodies. I also give them kitten feed from time to time. They love it and it’s got 33% protein. Plus, I scramble up old eggs for them, I can’t imagine she’ll imperfections...because they are so rock solid, but maybe. I do know that Chris doesn’t bother to clean out the nest box when he finds a mess...ugh!! He does think it matters, no matter what I say!! I’ll give even more oyster shells...see if that’ll help??

When I have an egg-eater I just collect eggs about every hour. But I don't get as many eggs as you, or have as many chickens, and probably have more free time too. Good luck!

I have oyster shells as well and I don't know about the spent grain from the beer on protien level but you have to know how much each bird gets of everything before you can be sure each is getting the right amount. I give corn, scratch and 28% game bird feed they eat what they want. I also give scraps and they free range i seen them eat frogs snakes bugs. Mostly the flock looks healthy and are bright eye and happy. But they still have faulty eggs from time to time. I would deepen the bedding and see if that helps. If there not enough i find more eggs gone. You can try to figure out who it is but just from my experience they clean their feathers and faces to well. For me to know who is eating them.

I'm going to give you 44 yrs of chicken wisdom....you don't have an egg eater. You have a whole flock of egg eaters....truly. At this time of year when laying begins in earnest, reproductive systems that have been on hold for the winter and new point of lay pullets systems that are just revving up for the first time, you will have some thin shells and even eggs with no shell at all.

*******Before you say, "All the eggs we get have nice, firm shells, so it can't be that!"...remember, the eggs you are still collecting aren't those that have been eaten, so they didn't get damaged by a claw as a hen moved in and out of the nest and get eaten as a consequence. That's the reason ALL your eggs aren't eaten....the ones not damaged are not an open door to eating. If pecking open perfectly hard egg shells were a thing in this world, chickens would never have survived as species. ****

As a consequence, eggs get damaged as the increase in nest activity has hens climbing in and out of the nests. It's instinctive to clean up the damaged eggs and it's even a desired trait, as it keeps predators from scenting the eggs. Chickens are omnivores and it's natural and normal for them to eat any food they find.

Hear me and take this to the bank. THIS IS ALL NORMAL. You don't have to kill any chickens, train any chickens or add anything to their diet. This happens all over the world where there are temperate climates, at this time of year. Each year all these forums get flooded with egg eater questions and advice and the advice all seems to work.....because by the time you identify the issue, ask the questions, implement the "cure", the problem is almost over. It only lasts a few weeks while all the birds that will be laying have started laying well and shell glands have lined out for good production.


It's like when a doctor gives an antibiotic for what he knows is a cold....the antibiotic will not work on a virus, but he knows that by the time they get done with 10 days of meds, the virus will have run its course anyway, so it looks like he actually helped the situation....but he didn't. And, yes, I'm a nurse and have actually had this discussion with a doctor, he smiling all the while. He knows that, by the time a person actually makes it to the doc for the symptoms, that cold virus is already about 4-5 days into action, by the time they finish the antibiotic, it's about done and symptoms start to diminish.

Same with egg shells and the resulting "egg eaters". Do an experiment, if you don't believe me, and just do nothing but wait for a few weeks. It's like a miracle! The "egg eaters" just disappear like a miracle.

If you are still having weak shells later on in the season, could be there are hens that are past their laying prime and need to be culled. I NEVER feed calcium supplement, nor up the protein levels, nor do anything to change the outcome of this phenomenon, as I've tried all of that many, many years ago and found it did nothing to change the course of things. Totally worthless, but it makes folks feel like they are doing something, so they do it.

Then, come time for molting, you will see the very same thing happen...each time chickens are coming into and going out of a laying cycle, the egg shells can go a bit wonky...get thin, have weird lumps or thin spots or you'll even see "leather" eggs under the roosts and in the nests. It's all normal and will pass when the hormonal changes are established one way or the other.

If your hens are favoring one or two nests and all are crowding into those, resulting in more eggs being broken at this time, when you gather eggs just leave one egg in each nest you have....chickens like to lay where other chickens have already laid, so it can help you get the hens laying in other nests more equally....this can decrease the damage of eggs until this time passes. But it will pass, no mustard, no killing, no time outs, nothing else needed but time.

Been raising chickens for 44 yrs now and haven't had to kill an "egg eater" yet....at least, not for eating eggs. I'd not have a chicken left if I had to kill all the egg eaters!

What bee said. Listen to her. Lol you should crack an egg in the chicken yard and see who comes running the whole flock if we damage an egg out there i just toss it to the girls they fight over it like they starving. I even put my bucket of eggs down they come over to investigate and peck an egg or two the walk away. They are egg theifs in feathered disguises. I always found what some on other forums said alittle off.

Jesusfreak101 said:
What bee said. Listen to her. Lol you should crack an egg in the chicken yard and see who comes running the how flock if we damage an egg out there i just toss it to the girls they fight over it like they starving. I even put my bucket of eggs down the come investigate and peck an egg or two the walk away. They are egg theirs in feathered disguises. I always found what some on other forums said alittle off.
Click to expand...

Yep....been feeding damaged eggs and plain ol' egg shells to flocks for all those many years now and not once has it produced a chronic "egg eater".
M

What Bee says is true. BUT -- I have had hens whose goal was to eat every egg. Yes, she waited AT THE NEST and as one laid, she was on it. Gone. Eaten.

I removed her & found she was enjoying 4-5 a day. No issues after. Yes, an occasional gets broken & eaten as Bee describes but, not with this one gal. No, it was her mission in life to eat them! Only in her area, never another coop. LOL

My theory was bored chickens and over tiny coops and runs for some of them. We have neighbors with the chick coops from tractor supply that birds stay in there 24/7 and mean those that claim to be for 6 hen but more accurately for 3 they have 8 in each i would go crazy if i was their birds i would roll eggs around for fun lol
You must log in or register to reply here.
Share:
Reddit Pinterest Tumblr WhatsApp Email Share Link