First of all I would like to thank everyone who offered advice and feedback while I was designing my little barn I'm almost finished - just have to finish siding one last wall and build a roof over the goats' porch before winter. And re-do the fencing. But it's nearly finished and I LOVE it so much. I kind of just want to hang out in there all the time!

This barn is designed for 2 does and their kids (temporarily). I did not figure in goat math, though. Now I'm pretty sure I'd like 3 does. I'll have to see how this winter goes and if it's enough space for one more.

The design allows for the L-shaped pen zone to be separated into three smaller stalls. Currently, the 2 doelings have 2 of the "stalls" opened up into one large one. I'm using the third for hay/shavings/storage, but that stuff can be moved out when I need a kidding pen. I made removable separating panels out of a dog playpen I got from Craigslist. I have hay storage for 50 bales in the loft. The smaller attached structure is the chicken coop. There's a pet door for the barn cat, Fennec. (He thinks he's a goat and sleeps with them, rather than in his little heated box, though!) 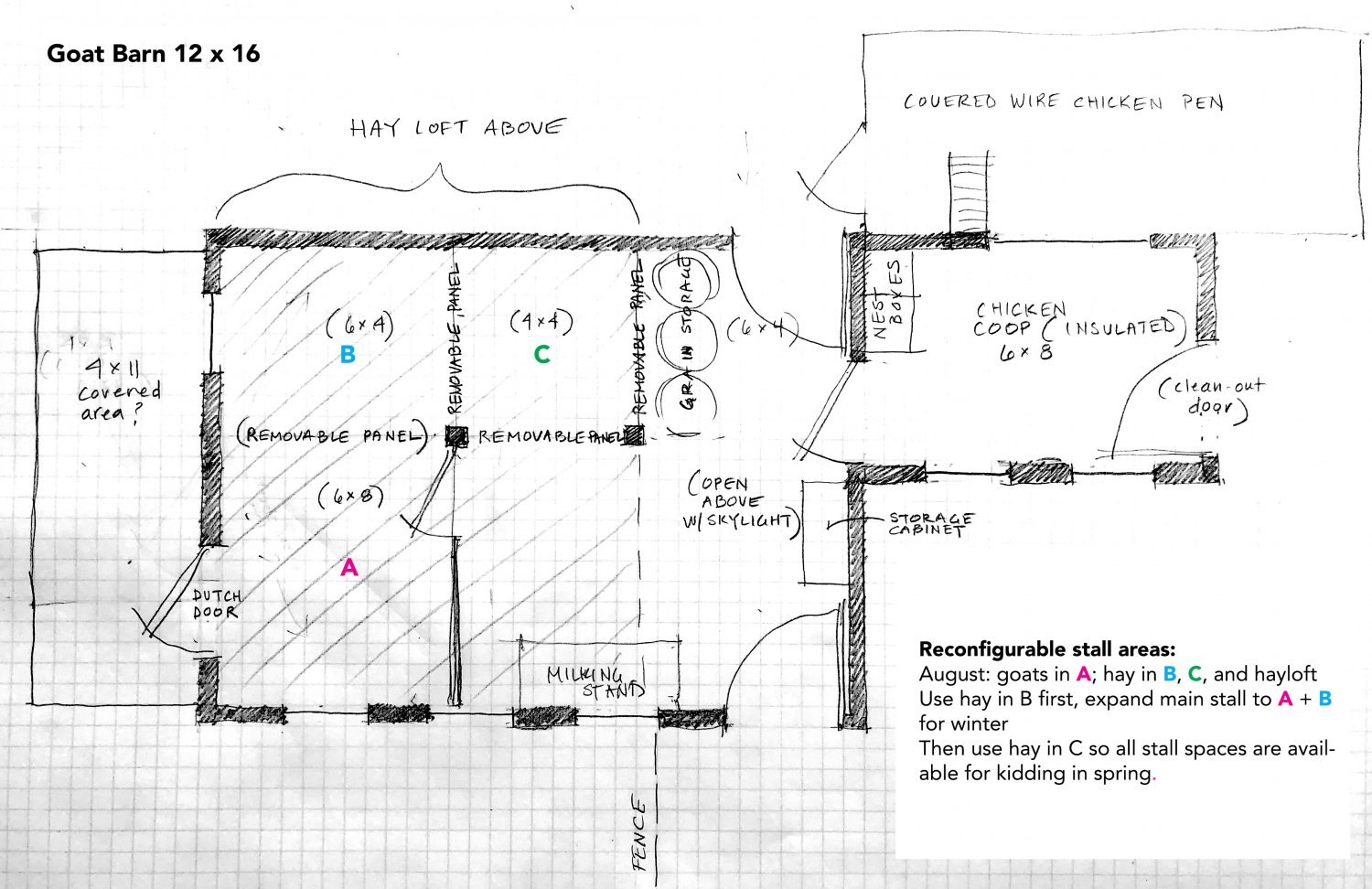 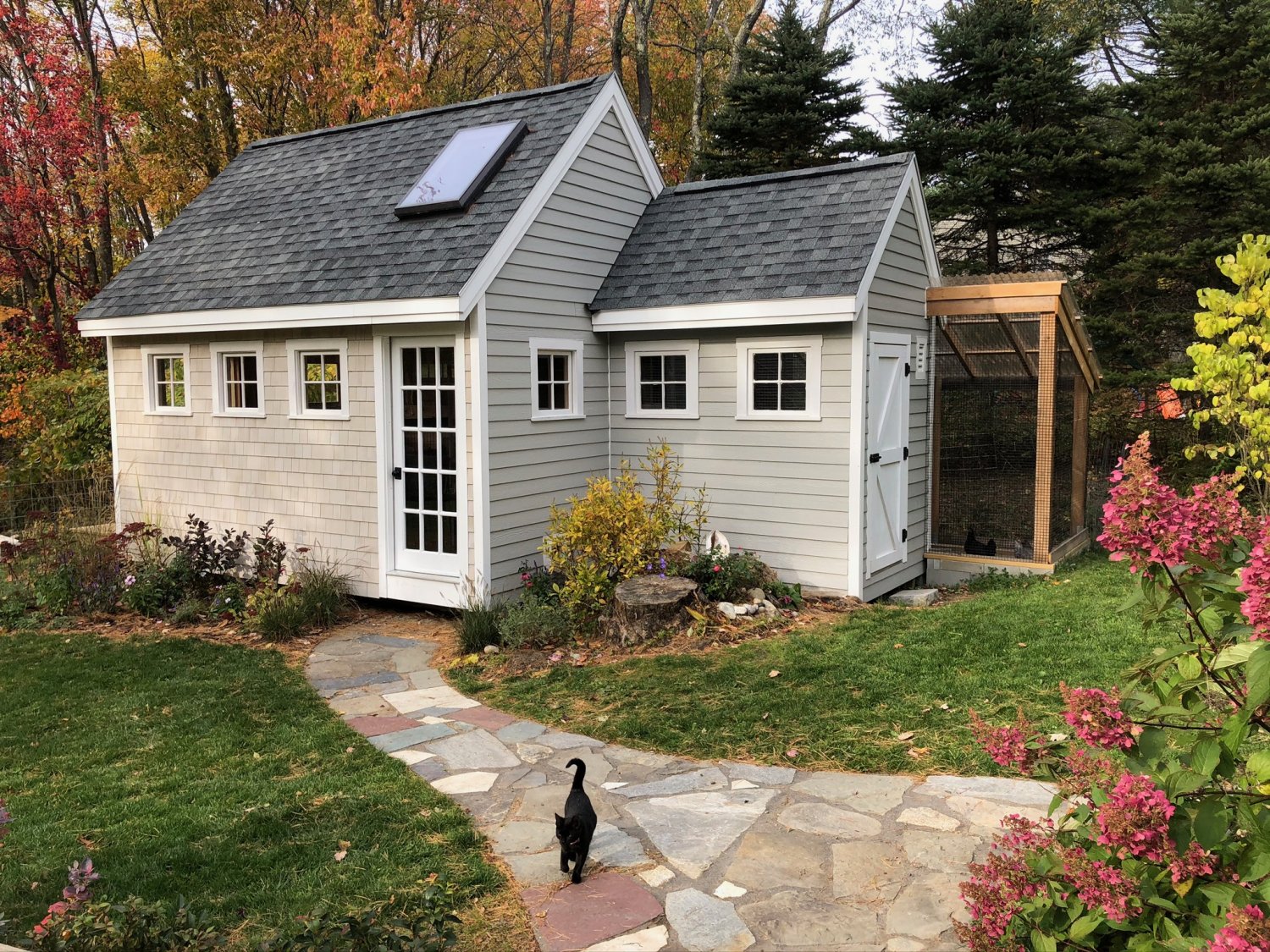 To heck with the goats - can I live there???

That's a goat barn?? Are you sure it's not a tiny house and YOU live in it?? it's just awesome!