One Fine Acre - Toggs and Alpines

I posted these pictures on Facebook and a friend messaged me. He noticed that brisquet in the middle of the first picture and asked if we would be interested in selling it. There are two pieces, so I think we are going to sell him one for the 4th of July.

A new member @newchick101 was asking about feeding her Alpines, and I shared how much we fed and the difficulty in keeping weight on these girls. I did not mention that ours are pretty heavy milker's so that adds to the difficulty. This 4 year old Togg's dam Climate Control finished 3rd in the country a few years ago for butter fat production. I was saying that ours get about 5 quarts of 18% feed along with free choice hay (2nd cut orchard and Teff), and plenty of good pasture now.

It so happens Maurine was just going to milk them so I got some pictures.

This is the 4 year old purebred Toggenburg doe. She freshened May 21st and still has the single buck kid. 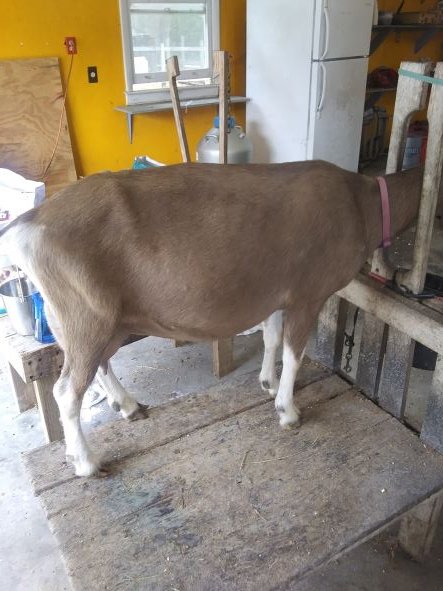 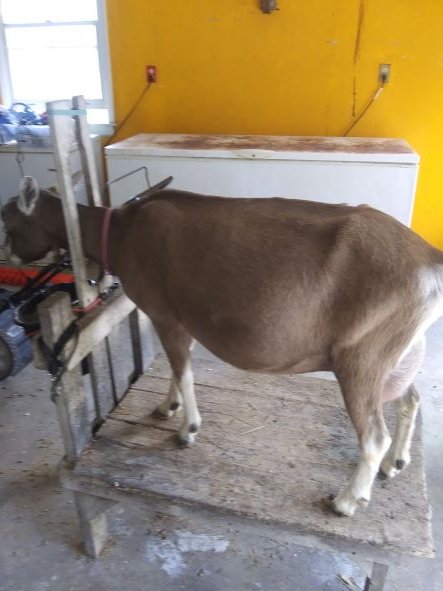 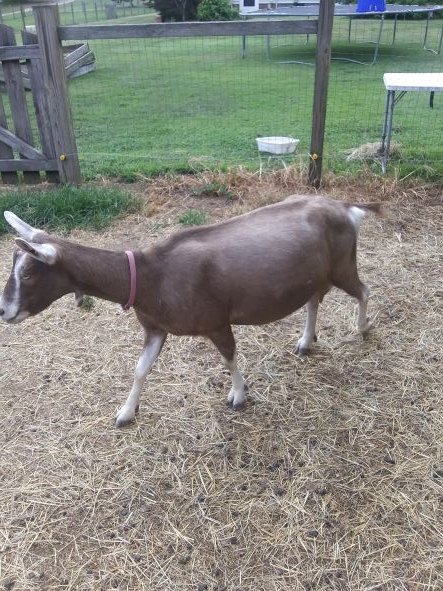 This is a 2 year old FF Togg/Alpine 50/50 Experimental. She freshened in Feb and her kids are gone. She's a nice doe with a beautiful udder. Hopefully she'll develop more depth and body capacity as she matures. 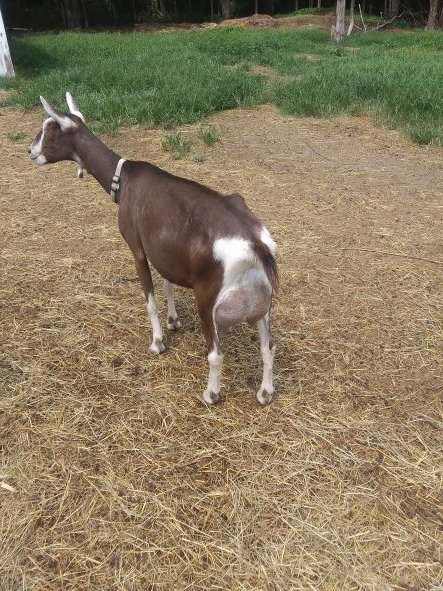 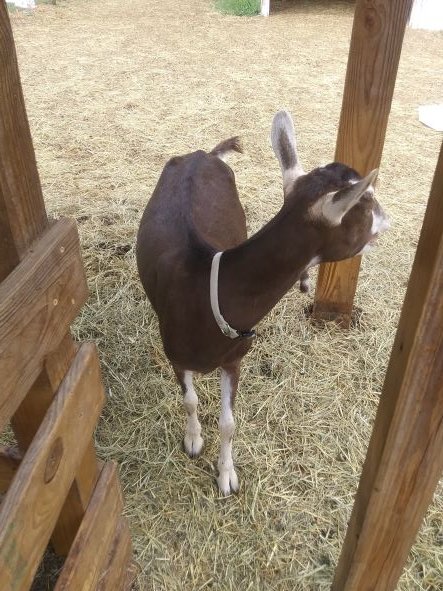 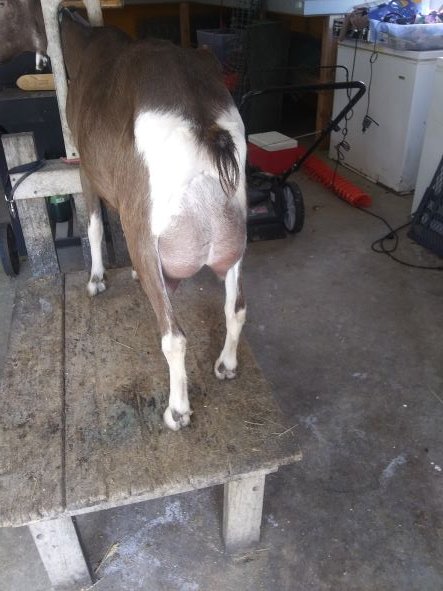 This is also a 2 year old FF Togg/Alpine 50/50 experimental. Half sibling to the other doe. We leased an Alpine buck from a friend and bred several of our Toggs that year.
This one is till nursing a kid born March 3rd (almost 5 months old) Probably why she's the thinnest. Also, you can see in 2nd picture she is lopsided, kid is nursing one side. But, Maurine is milking her to get her even. 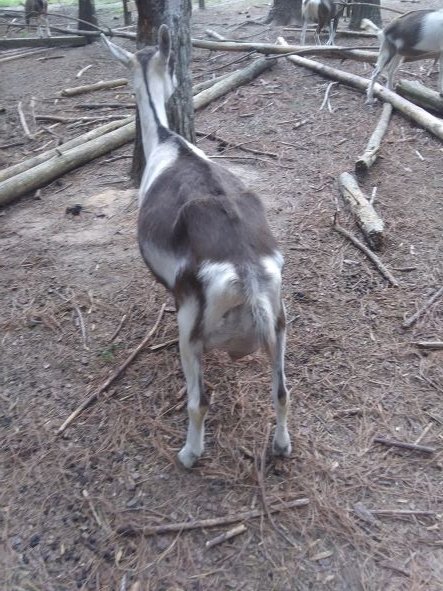 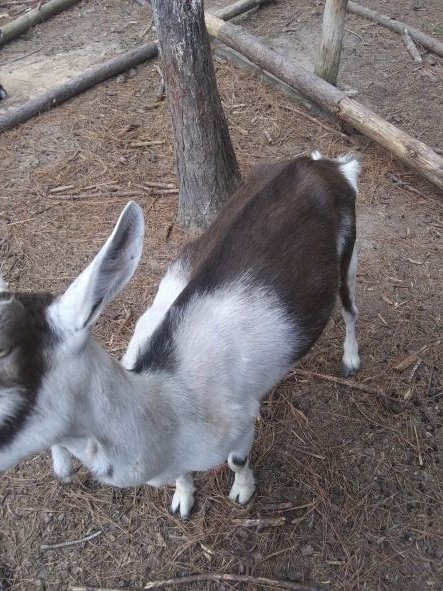 This is the kid born March 3rd of the second experimental 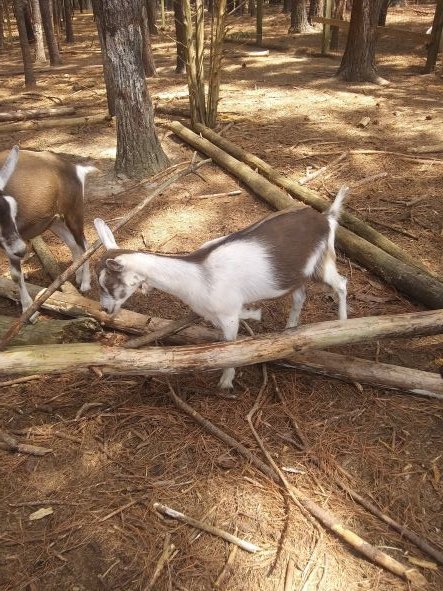 This is a yearling purebred Toggenburg. 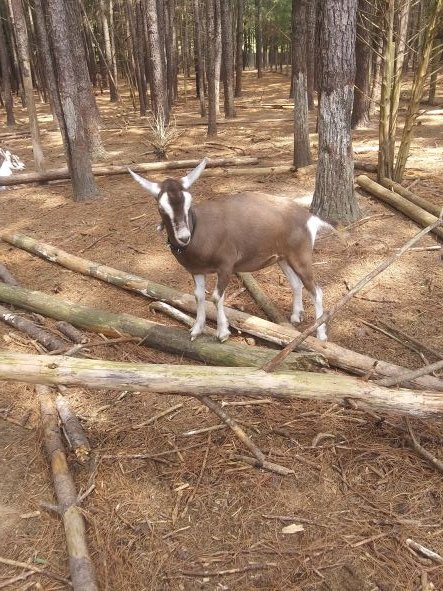 I know some show herds that are feeding free choice feed along with free choice Alfalfa and those have more flesh than ours. But, I also know plenty of folks that feed less feed than we do and are probably getting less milk and have thinner animals.
Last edited: Jul 25, 2022
F

So GLAD to see your post. Even though you know I am not a goat owner, I enjoy your thread. The goats look good and you can see the dairyness in them.

Do you still have Climate Control? That was one impressive goat.

What else is going on with your farm ? Life? How is your daughter?
Are you showing any more? Or just breeding nice goats?
Aren't you coming up on an anniversary of like 5 or more years of quitting???

Come back and see us more often on here.

farmerjan said:
So GLAD to see your post. Even though you know I am not a goat owner, I enjoy your thread. The goats look good and you can see the dairyness in them.

Do you still have Climate Control? That was one impressive goat.

What else is going on with your farm ? Life? How is your daughter?
Are you showing any more? Or just breeding nice goats?
Aren't you coming up on an anniversary of like 5 or more years of quitting???

Come back and see us more often on here.
Click to expand...

Sadly, we lost Climate Control. We had to have her put down, not sure what was wrong with her, other than age.

Things are going good. Enjoying the beef from Rachel's steer project Drake. Rachel is good. Working some but not too much.

We did show at our normal Memorial Day weekend show. But, to be honest we got whipped pretty good by @Goat Whisperer. I don't know if you all remember her and Southern By Choice that used to post on here a lot. Goat Whisper has really done well with her herd of Nigerians. At our Memorial Day Show I remember she had the Grand Champ Sr Doe in 2 of 3 rings, and she may have had the GC Jr in all 3. I know her Sr. Doe in ring 3 also went best in Show... Our consolation was that doe in Ring 3 was out of a buck she got from us. She had a doe finish 2nd and another 4th at the national show this year, so as of today she has become the breeder to beat around here. But, she's a nice young lady and really works hard with her goats.

Sept 2nd will be 5 years since I quit smoking.
F

I miss the posts by @Goat Whisperer and Southern. I admired their dedication to breeding good quality animals and their knowledge about the LGD's. Glad that they are doing so good with their animals and showing.
I am so sorry you lost Climate Control. She was quite an animal. At least you have several of her prodigy to carry on her legacy. Good to know that some of your genetics have worked with hers and helped to give them another winner.