One Fine Acre - Toggs and Alpines

We have a cover like that too! We have "fancy ones" and then we have the laundry soap buckets. Both work.

Good thing Rachel is a girl! Our boys LIKE to get zapped.

Well my wife has finally found a job.

Some of you may remember, she lost her job in pre-clinical research last Sept, so it's been right at a year.
The company she worked for was heavily dependent on government contracts and then they had their contracts canceled. There were 30 people in the toxicology department, and now there are only 5.

So, she's actually going back to her roots in agriculture. She majored in animal science at NC State and worked for a commercial hog farm when she first graduated, and then at the swine education unit at NC State assisting in research and teaching undergraduate and graduate labs. Moved to working with mice and rats because that was much better money. Well, the money is $0 now. She had been doing pre-clinical for about 10 years.

So, she has just been hired as the new manager of the Zebulon, NC Farmer's Market. At this time, Zebulon has no farmers market, she is going to be starting it from scratch. The town received a grant to fund for 3 years. She is very excited about it. And it's really perfect for our family, it's part time and very flexible.
Last edited: Sep 19, 2014

What a dream job for a farmer!!! She will love it and I know she will be the best of the best!

where could you get a job any better? so glad for her. and the place is looking great. goaties look happy after the move. we also found a big trash pile when we moved here but it was old, old stuff and i have had fun pilfering thru it, found some cool old bottles and jars as well as old harness pieces etc and it is far from the house so I've just left it to dig thru in the winter when the snakes are asleep.

Your wife is very lucky, what a great job that would be! Plus all the great stuff she will be able to score!

It's part time but she worked 35 hours her first week. She will probably work that much through the rest of the year, and then drop down to around 20 from Jan until the market opens in May. She did a lot her first week. Wrote letter soliciting sponsors, signed up for the EBT program.

We've been moved for 2 months now and we still don't have our old house on the market. Worked over there all weekend, installing mulch, trimming hedges, etc. We did a fair amount of work. All new carpet upstairs, polished the hardwoods downstairs. Complete paint job. All new light fixtures, door hardware and faucets. The house is looking good.
We are supposed to sign the listing papers today.
Of course, we are putting it on the market worse time of year to sell a house.
The optimist in me says we will get a full price offer in a matter of weeks.
The realist in me (Maurine says the pessimist) says we will still have the house in the spring.

Hopefully the house sells quickly! It sounds like you practically built a new one. 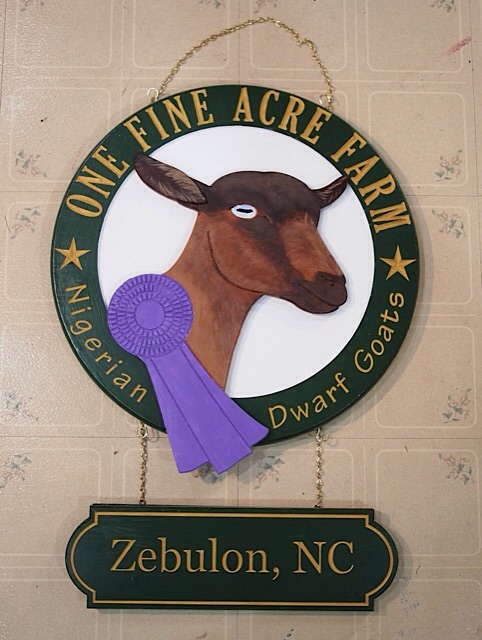