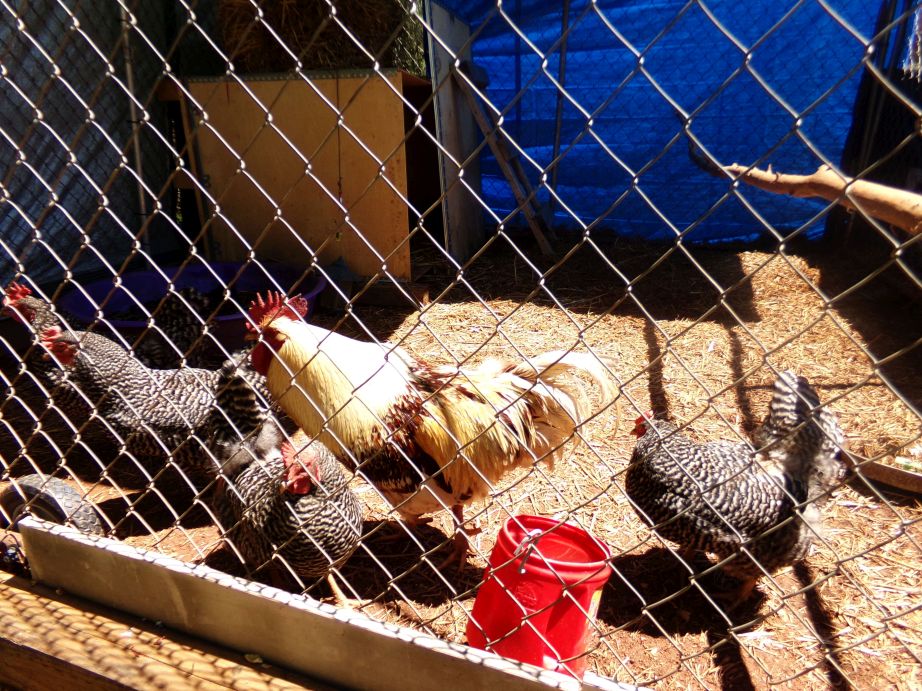 My original flock before several calamities including a skunk, a possum, a toxic millipede and a vicious roo culling. Dumpling, Scrambled, Leroy, Rotisserie and Poached. 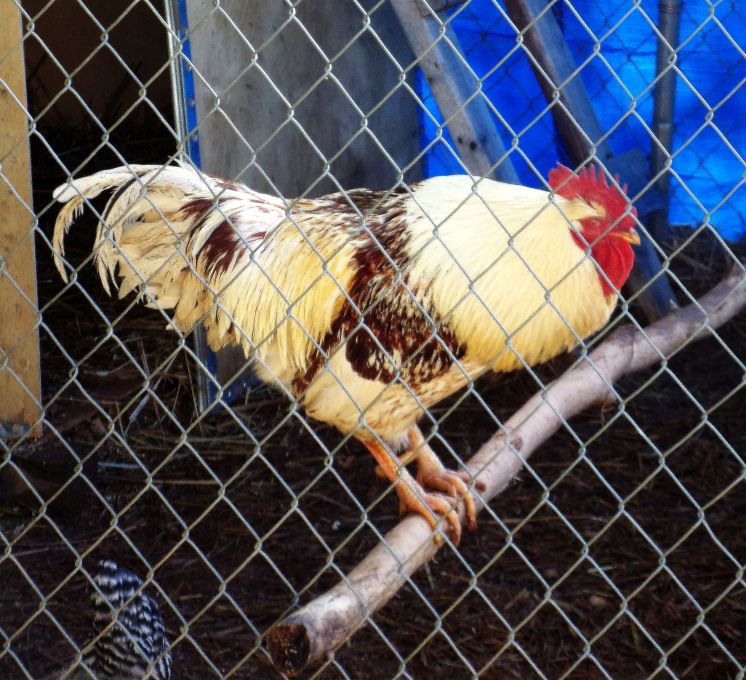 Leroy was gorgeous but violent to hens and people alike. 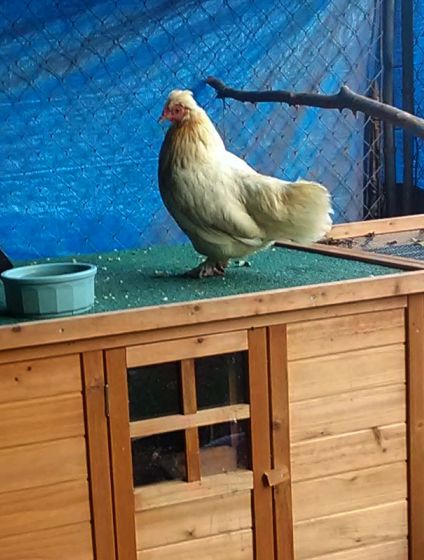 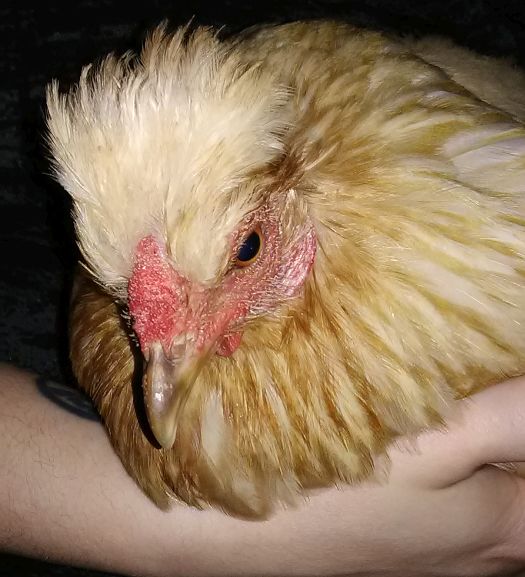 A close-up of her head when we were trying to figure out what she was; this wee fluff says part Legbar, the 5 toes say the other part is Silkie. The green egg the day after we got her was a pleasant surprise! 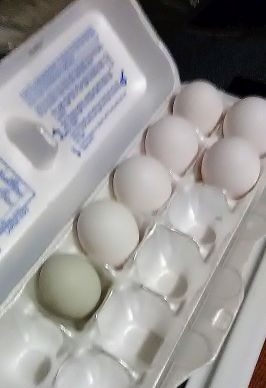 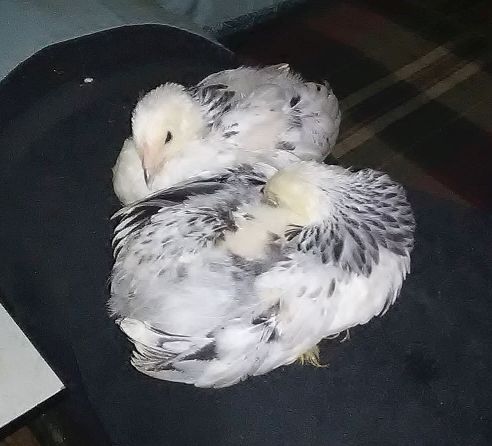 A pile of pullets. Pearl is still with us but Opal (the smaller one) was never healthy. 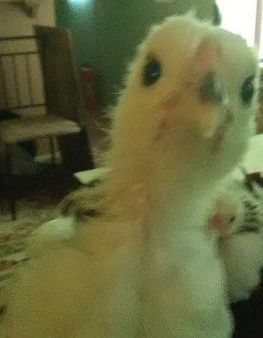 "CAN I EAT IT?!" Still Pearl's favorite question. 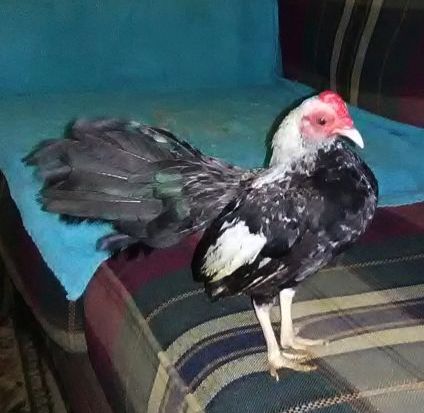 9 Volt is a Old English Game Bantam rescue (this pic was taken the day after we got him). He has terribly curled toes and limps a bit, his beak was horribly overgrown (we are filing it gradually so the quick draws back) and he is a riot to have around. He is what my daughter calls the house mascot and generally holds court from the back of the couch. His crow is hysterical; I wish I knew how to film stuff on hubby's cell phone so y'all could hear it. I had him and Pearl outside in the playpen one afternoon ( a hula hoop fitted with rabbit wire) so they could get some sun and grass when my bestie's hubby heard him crow. "What the heck was that?!" "That was 9 Volt," my bestie replied, and they nearly collapsed in laughter. Gramps says his crow sounds like a toy running on a nearly dead 9 volt battery, and it stuck.