Calving is just around the corner here! We have 3 girls expecting babies this spring.

1st up is Fern. She's a Jersey that we purchased from a dairy a few years ago. This will be her 4th calf (3rd for us). She's a sweet girl that enjoys butt scratches a little too much. 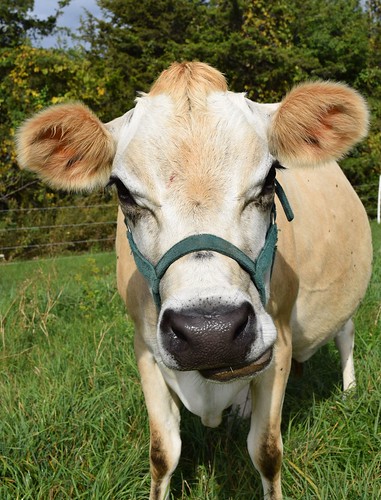 Her "due date" is 3/17, but she seems like she may go a lot sooner than that. She's gotten all soft "back there" and has been leaking goo for a while. She's bred AI to a Red Angus. She's our milk cow.

The other 2 girls, both heifers born in 2015, are due around 5/19. We tried to AI them, but we kept missing the key point in their cycle. We have a neighbor with a fancy registered Hereford bull who offered stud service (for FREE no less) so we dropped the girls off when one came into heat. I probably won't milk them, but I may try fostering calves onto them.

Carly is Fern's daughter. She's Jersey/Red Angus (I call her a Jangus). 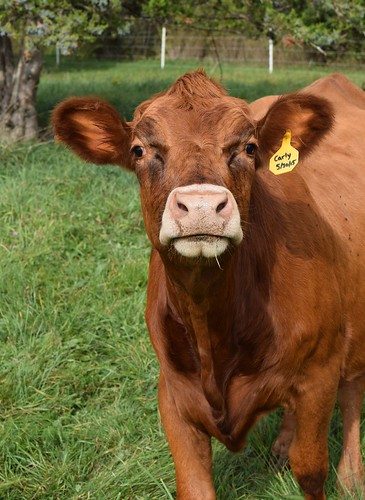 Cricket is a heifer that we bought from a nearby farm that raises registered Angus. She could be registered, but is not. They were selling her as a bottle calf because she was blind, born that way they assumed. We got a good price on her ($125 at a week or less old) and took her home. She didn't seem completely blind to me so I decided to try treating her as if she had an infection in her eyes. A week later, her vision was back.

As you can tell by her notched ears, she doesn't believe in ear tags. 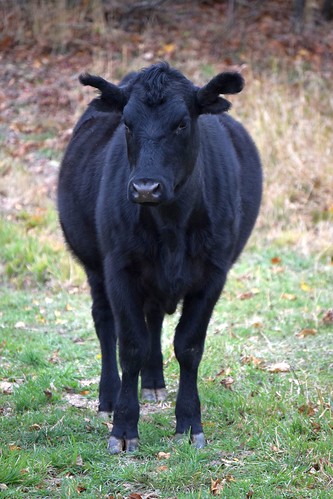 Cricket ended up being raised by Fern and another Jersey that we had at the time.

Beauties! Can't wait to see what the calves look like! Best of luck with your calving this spring I hope it is a smooth one.

waiting and watching along with everyone else.

Fern might make it to her due date. Only 2 weeks to go. Her udder has doubled in size this past week, but isn't quite ready yet.

We've been having some lovely 50-60 degree days for a while, but yesterday the weather changed we are at -10 with the wind chills. Fern was cold yesterday so I put her blanket on (a horse blanket that I got her last winter when she was too skinny) and it barely fit!

She's getting closer. Her udder is full to bursting today and she is pretty "zoned out". She acts like her hips are hurting. Everyone else is stuffing their faces and she's off by herself standing in the sun.

Maybe not today, but soon!