Special had two but one was dead on arrival. She may get some fosters. 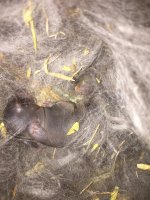 Nairobi had 9... I think she’s feeling it...laying down and drinking her water. 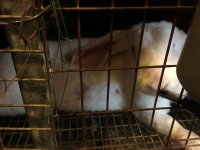 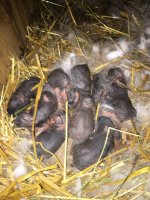 Ninja had 6 kits this afternoon 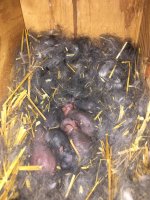 Opa also pulled fur and is at day 33...pretty sure I feel a kit... so hopefully soon. But it’s definitely great to have some nest boxes full!
Zora’s kits have fur and eyes starting to open. 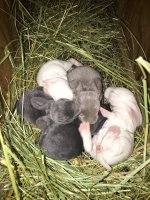 They are so darn cute! Congrats on all the babies!

Zora's 3 week old kits are out of the box. 2 blues, 2 REW and a very friendly chunky lilac buck 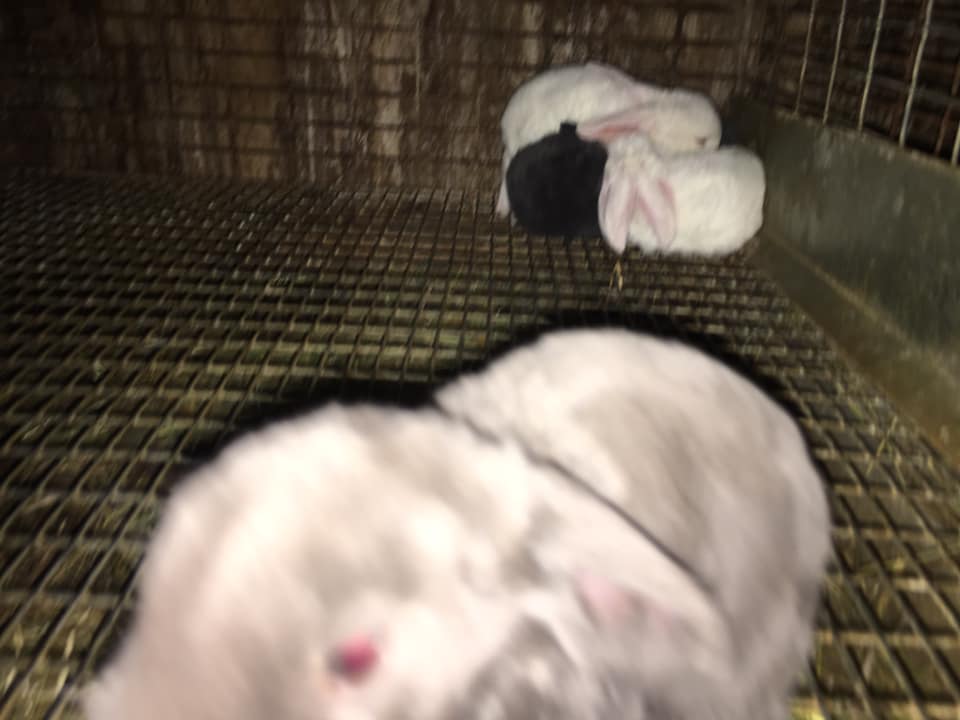 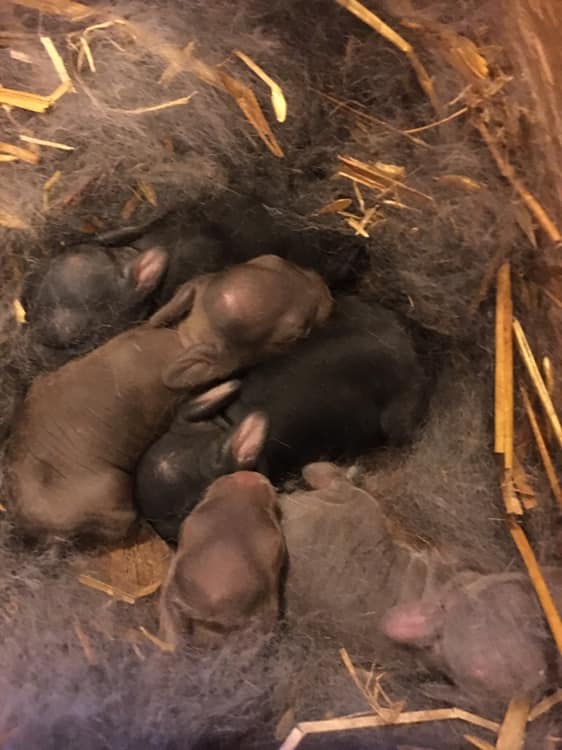 Special's Chocolate is in front, then she has 2 VL (1 broken GTS and a GTS) and a black MR from Ninja 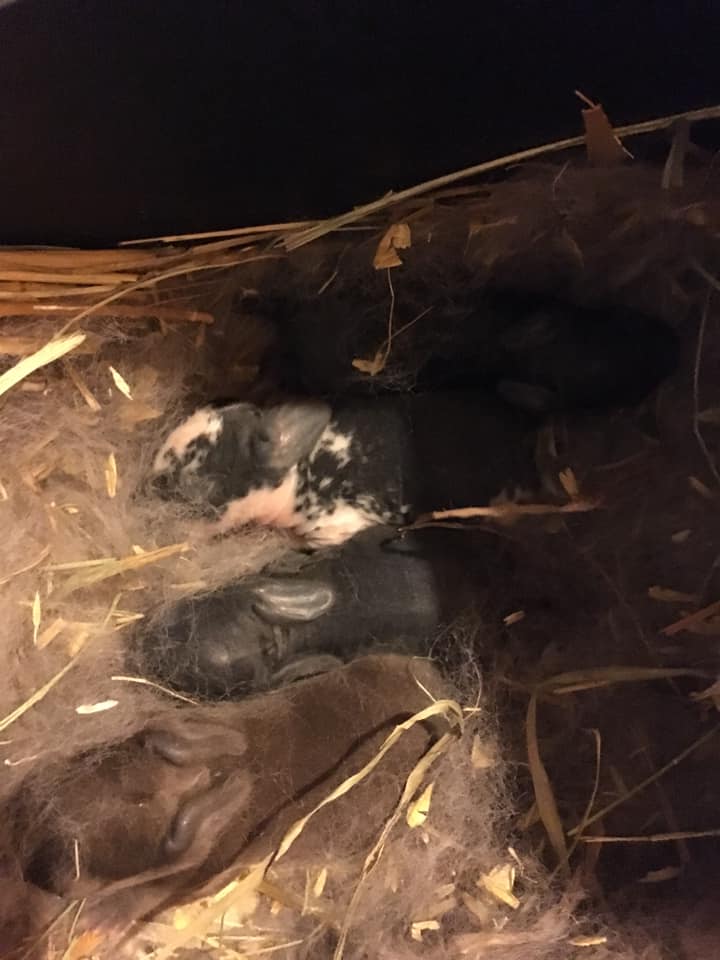 Nairobi's kits, GTS, broken GTS, Chestnuts and a opal or lynx... doesn't quite look opal.. I am thinking Nai is a AA and Doc is known to have the steels behind him, never had so many steels in one litter. 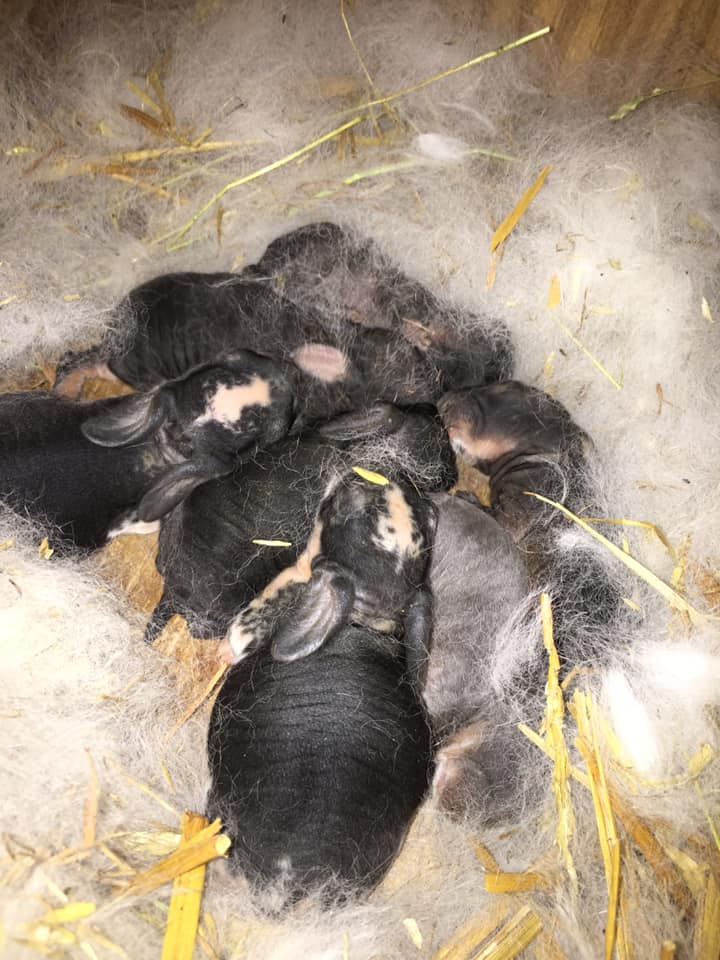 Wow need to get some updated photos. Here’s a few but they are about 2 weeks ago.
Weaned all of Zorah’s kits, lost the only buck..at weaning. Wasn’t sure why until I checked the others teeth... but had to cull a blue doe. So down to three and one of those has crooked legs. And watching the last three for teeth issues. On hindsight pretty sure that was their sire’s (Basal) problem whom I culled due to a snot nose. Makes sense now... he never drank well out of a water bottle and just was never very healthy. Suspect he had molar issues, that abscessed therefor the snottiness. 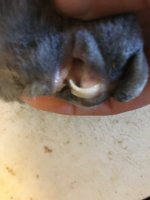 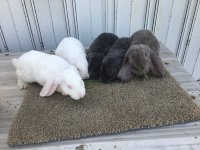 Special’s single kit passed about 3/4 weeks but she’s raising her fosters.
Ninjas are doing great, other than one my kid’s dropped and he died... I told them to leave that litter alone as they were super wiggly.. the black in this photo is fostered. 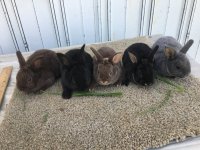 And Nairobi’s 9 are great, mostly bucks but that’s ok. Thought I might lose the steel that Special is raising early on as she has some weird infection in her genitalia but kept it clean and and she’s great now. These were Doc’s last litter as I called him too... he had clear but persistent nasal discharge so culled him with the other buck.. now thinking I should have treated him... he was the only one who acted sick besides Basal

Was really thinking I would have to do a major cull before the move. Now just watching the Velveteen lops for teeth issues. It’s always something. 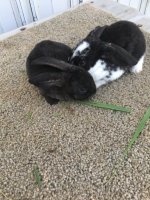 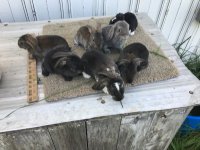 Have 9 VL's bunnies currently. Have 2 does we'll keep, then 2 does that we'll cull, one has corrected legs and tooth and the other is VERY pinched. Haven't decided which buck I want to keep back but have 4 of the six listed for sale. We lost 2 since my last post.
I did rebreed Nairobie and Dora... Nairobie was a force mating though she lifted when I held her, Dora I left with the buck overnight...we'll see. I palapated Nairobi this morning and didn' t feel kits.
I bred a mini rex that had lost her first litter this past spring and a young sr Polish. Both were eager and I am pretty sure both are bred. Hoping for some jrs to show late spring...though we haven't made a show since the New Year's eve show... just too busy. Might hit one in October though. We still have a nice group of MR jr does... I really need to sell 2 of and several Sr does...

Polish litter was born Friday. Two broken (one black and one blue) and a blue 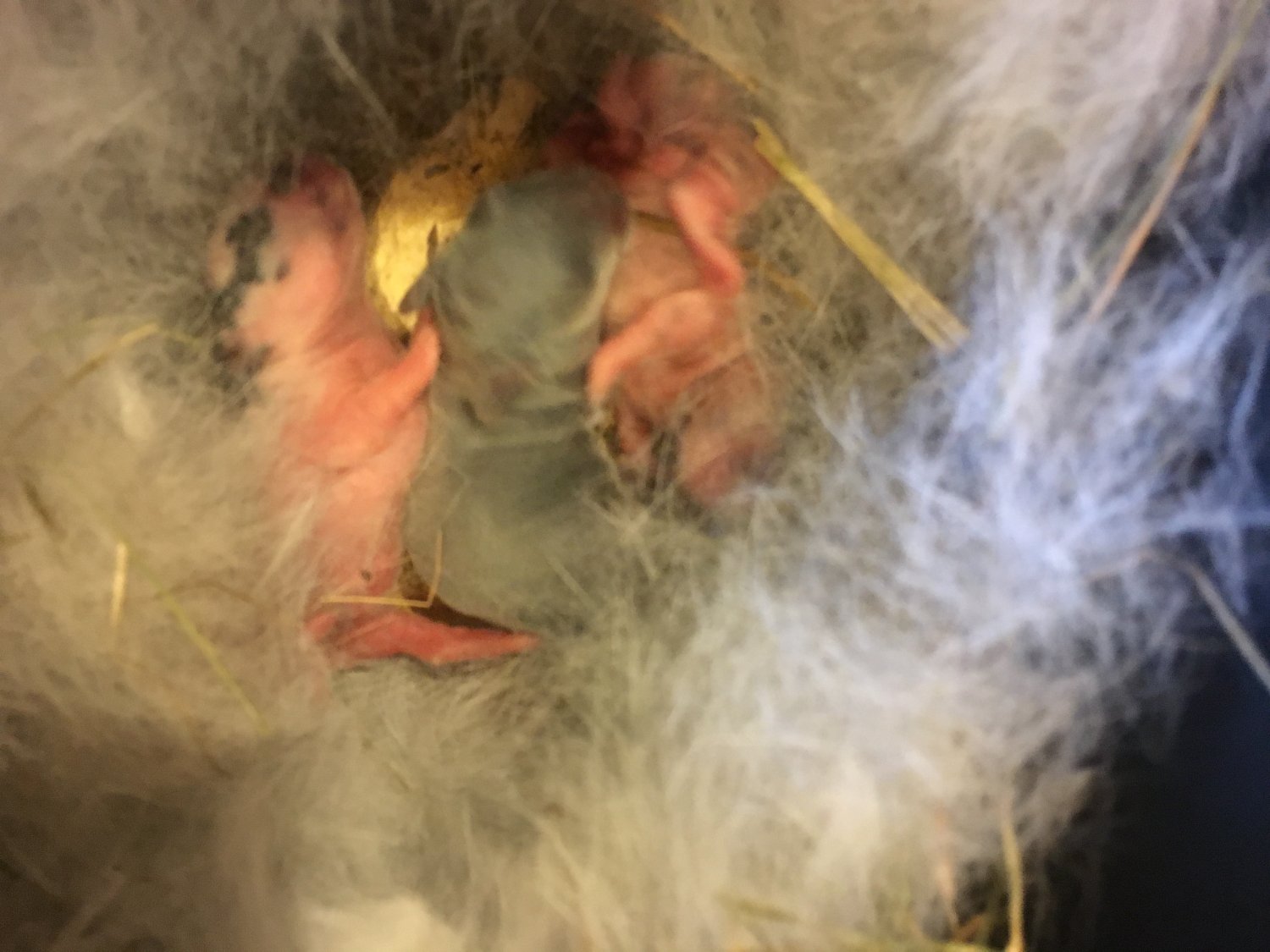 No other litters at this time, but these Polish are looking great, so rollypolly! I did take 7 juniors, VL and MR to the cull buyer yesterday so that's nice to a couple of open cages, at least at this time. 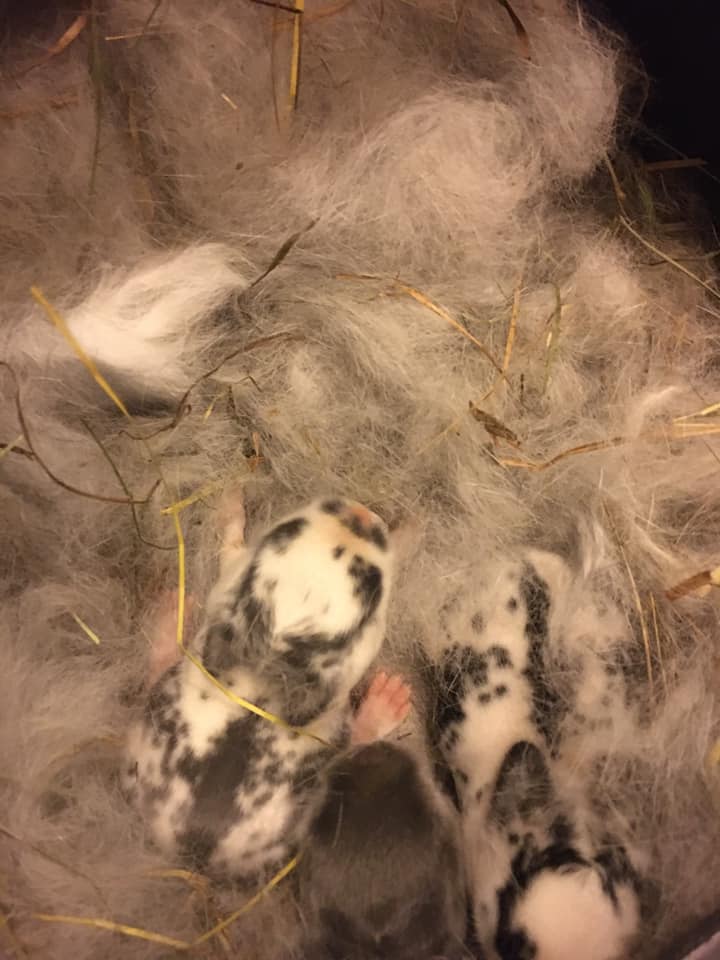 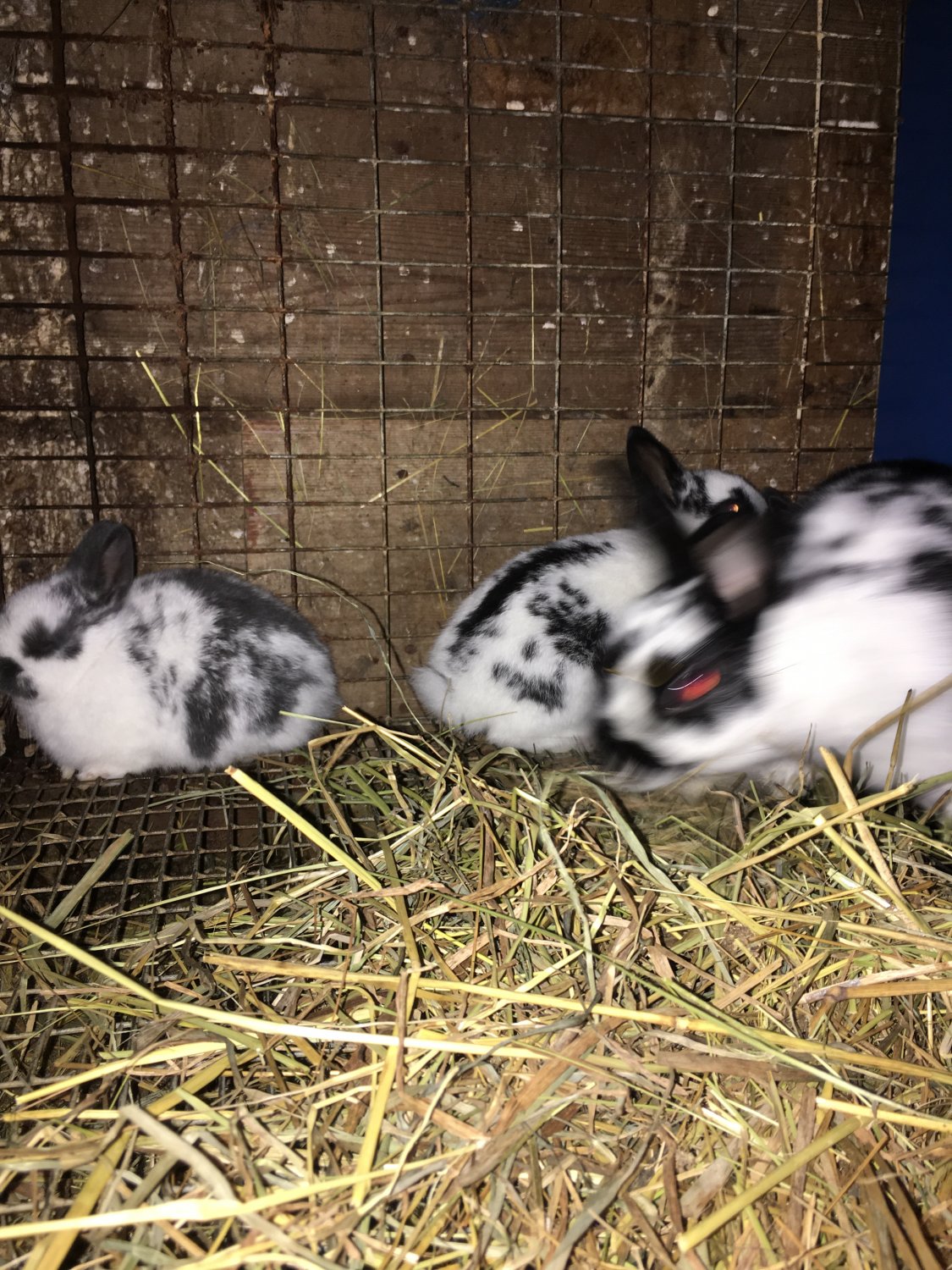 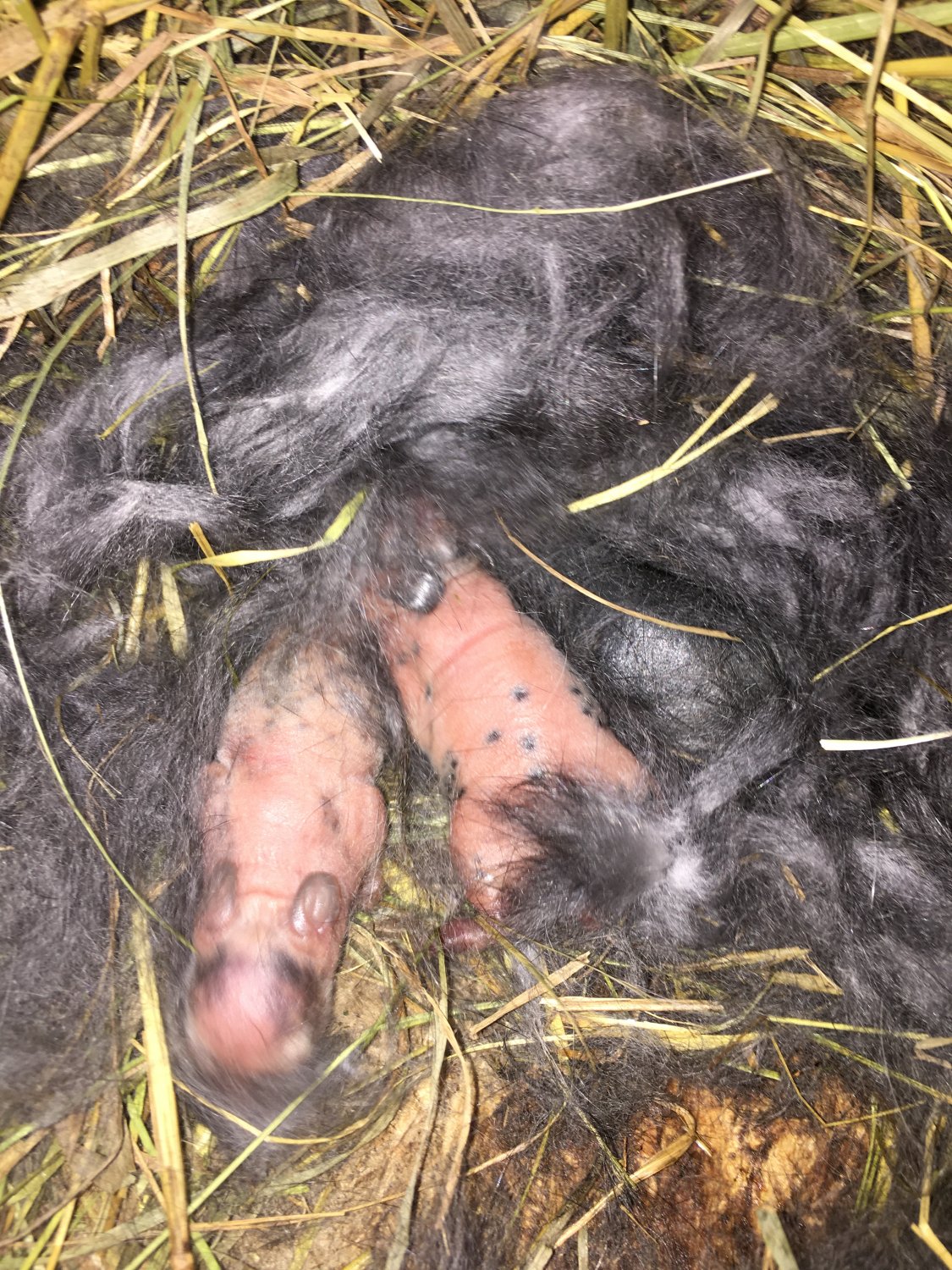 Some of our keepers this year and our youngest Polish litter 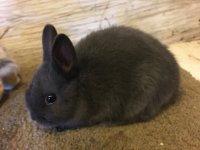 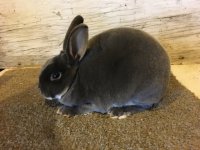 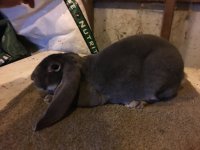 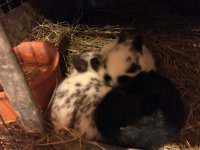