We bred 24 ewes this fall to 4 different rams. 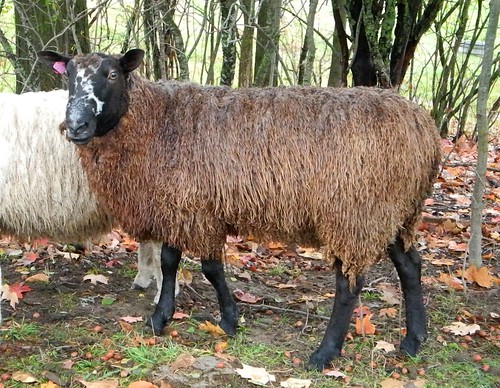 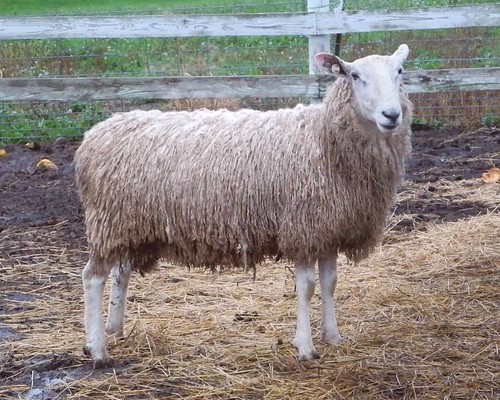 Both Border Leicester rams went in on 9/5 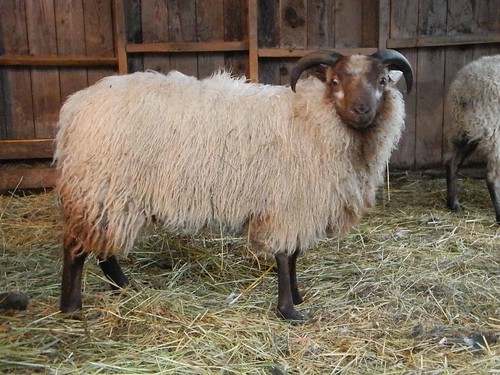 Lost in the flock

Nice to see you back!

I'm on here off and on, just haven't had a lot of time for posting.

Lambing time is almost upon us! There is one ewe that could go as soon as tomorrow.

We had the bred ewes sheared at the beginning of January. Everyone was in really good condition and they had no issues with the cold weather. 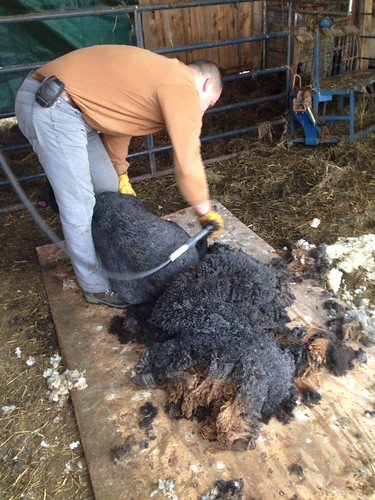 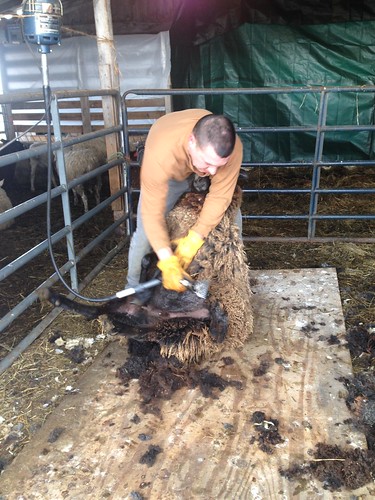 This is Anita's udder. She's the ewe due first. This picture was taken right after shearing. Her udder is close to double that size now. She is 1/4 Friesian so she's got those good milking genes. Her lambs last year grew so well. 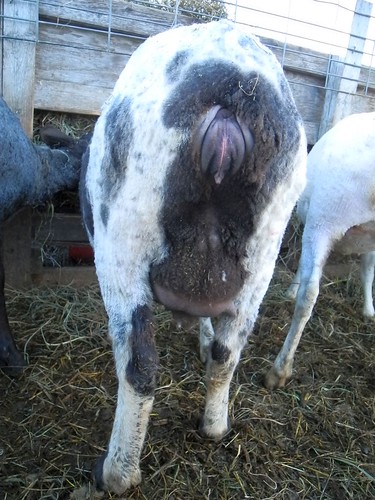 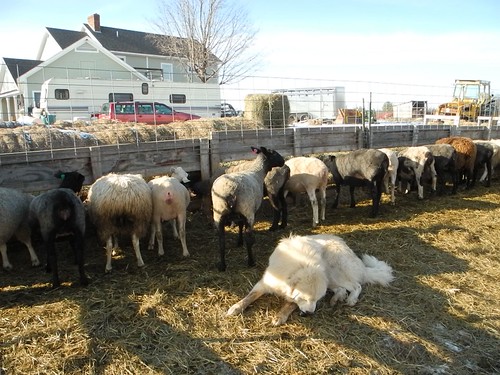 We had the vet out a week and a half ago to do some ultrasounds. The results were rather disappointing. Both the goats, 2 of the big ewes, and 3 of the 7 Shetlands were open.

I think the Shetlands not getting bred was my fault. I put the ram in earlier than normal (probably before they started cycling) and I think I took him out too soon. These 3 girls were also very mean to him. I put the 3 of them back in with the ram on the 15th and he's already bred at least 2 of them. I think the 3rd was in heat the same day as the 2nd so she probably got bred too.

We got our buck back from the people that were borrowing him and he immediately bred one of the goats. I haven't seen any interest in the other yet, but I'm not out there all the time.

Anyway, looks like we will have our main lambing in February/March and then will have another group in June. So far, they are all due over a week. The cow is also due at the beginning of June.

Anita lambed early this morning. I did a check at 4 and found them. Twin boys. Baby #1 got too cold and died, but #2 is doing great. #1 was all white and #2 is black with a white spot on top of his head. 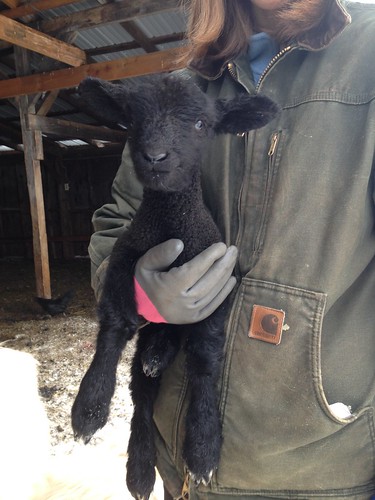 Our theme this year is a continuation of last year's - the periodic table. We ended with Vanadium so this guy is Chromium (Chrome for short).

He is GORGEOUS. I love themed names! Sorry for the loss.

What a cutie! Sorry you lost the other one.