Bruce said:
How do they get them into the boat?
Click to expand...

Drag them to the bank...or a sling between 2 poles, if there are 2 people in the boat....but a large alligator snapper is best handled on a bank and placed in the boat once they are no longer living....like gators....

The silkie hatch is done with 10 chicks...out of 27 developed eggs on day 24. I'm going to try one more hatch with this incubator, this time not stuffing it. If the results are similar I may invest in a more expensive model, as in more than $80. I like the cleanability of the model I have, but it doesn't have enough vents to open, imo, and it vibrates just a little as it runs. I had several backwards pippers (I, uh, helped them make it when they stalled due to lack of room after the first few died) too, so I'm suspicious of temp stability too in addition to the vibration. Something's just off.
Hey, but 10 silkie chickies is better than no silkie chickies!

Lots of illegal fireworks going off tonight and all day today! (all fireworks are illegal in this state, lol) Happy birthday chicks!

The outside dogs will be happier.

Yes, Bailey is celebrating Independence Day cowering in a stall panting like it will save her life. She'd probably be happy to grab a flight and spend the holiday at your place. 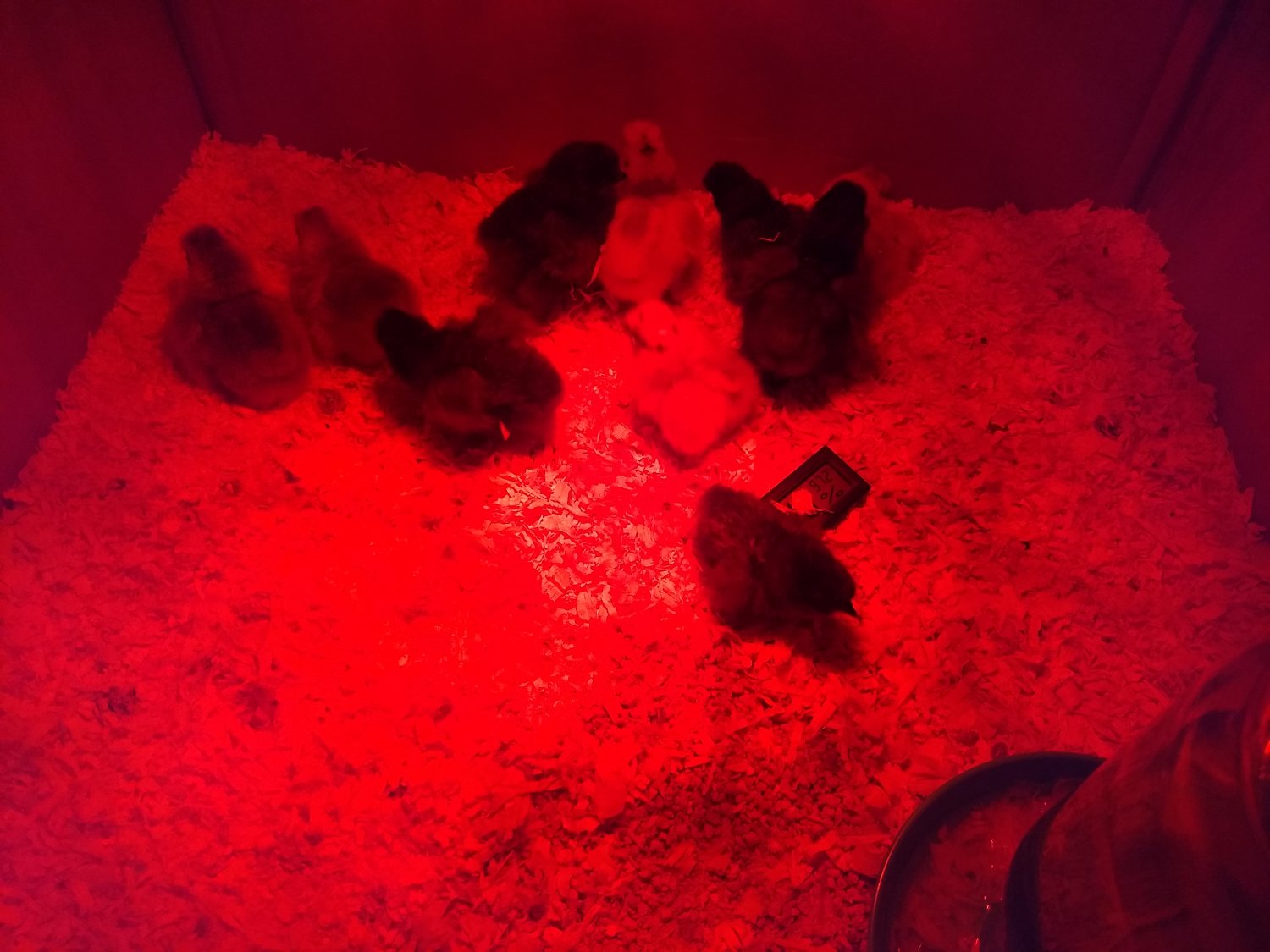 Bailey could come to our place and sprawl out on the floor with Trip. 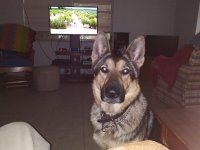 ...I promise that it will come to an end and things will get back to normal real soon....hang in There girl!!.... 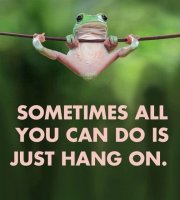 Not rats in the walls. Last night we caught a very large mouse-almost rat sized, but deer mouse colored. Normally the mice are tiny here. Time to keep killing, I guess. We've got to avoid last year's weeks of stink when they died off.

Maybe I'll leave them presents for the barn cats...
SEE KITTIES? I CAN HUNT.
F

I will catch them on the sticky traps, and have a couple of cats that will come pull them off if I call and they are around to hear me. Otherwise, I will pull them off and give to whatever cats are around. There are quite a few cats missing... the landlord poisoned a bunch last year with anti-freeze I think, several crawled to the house and feeding area and died or I had to put them down. I think he has gotten several again this year. And there are the coyote packs that have been making the rounds again. I can't prove it, and I hope to he// that he gets over run with rats and mice again after I am gone.
You must log in or register to reply here.
Share:
Reddit Pinterest Tumblr WhatsApp Email Share Link