Actually, with the baby last year, maybe that many bucks were ok. You didn't keep many and now are going to cull down to a manageable number that will be pleasant to work with. So much nicer.

Happy New Year to you too, @Senile_Texas_Aggie . May you clear much brush and trees and make your kingdom even better this year (but hopefully no plumbing).

The husband reports it's going around that we'd need 10 feet of snow to recover from the drought here.

...so far we've gotten maybe a foot and a half so I don't think we're recovering, which is both good and bad for me, lol. We'd be well past lamancha losing territory at the 10 foot mark.

And no babies yet. The ligaments seem to be getting soft at night, then firming back up. I've never had that happen before, so I've just decided that the babies get here when they get here. I saw them on ultrasound so they are there.

rachels.haven said:
And no babies yet. The ligaments seem to be getting soft at night, then firming back up. I've never had that happen before, so I've just decided that the babies get here when they get here. I saw them on ultrasound so they are there.
Click to expand...

That is the worst ever Doe Code I've ever hear of! They are conniving, deceitful goats!

@B&B Happy goats
You mentioned this in your journal at one point, but this isn't clumping bamboo, is it? 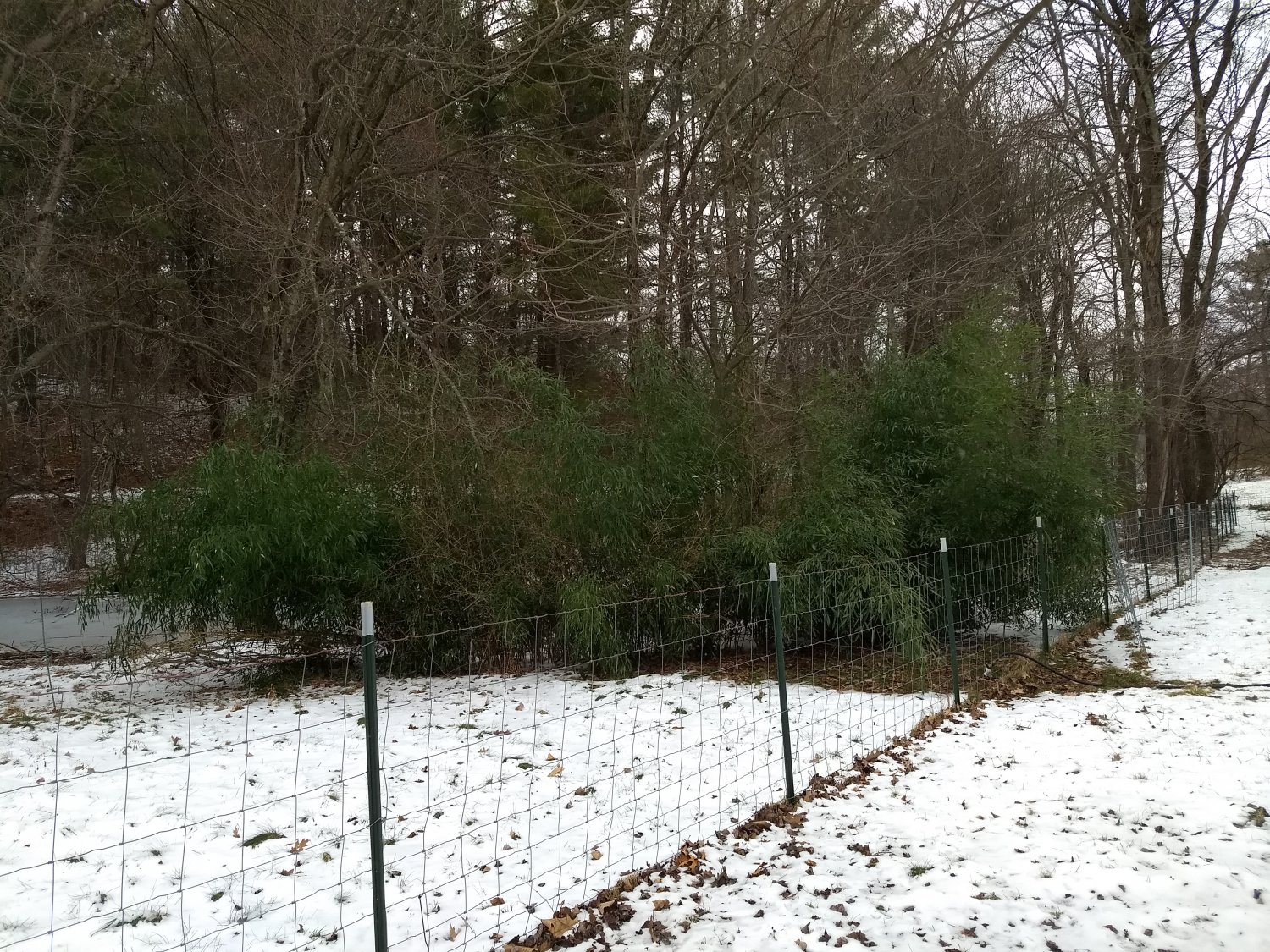 It's about 3x as large as when we moved in now. The last guy who lived here who was on the conservation board(the anti fence/ farming board), was growing it along with his rose of sharon, barberry, and box. Not sure...this plant or the others were a good idea...it thinks it's coming through the fence towards the doe pen where they are anxiously awaiting it's arrival. 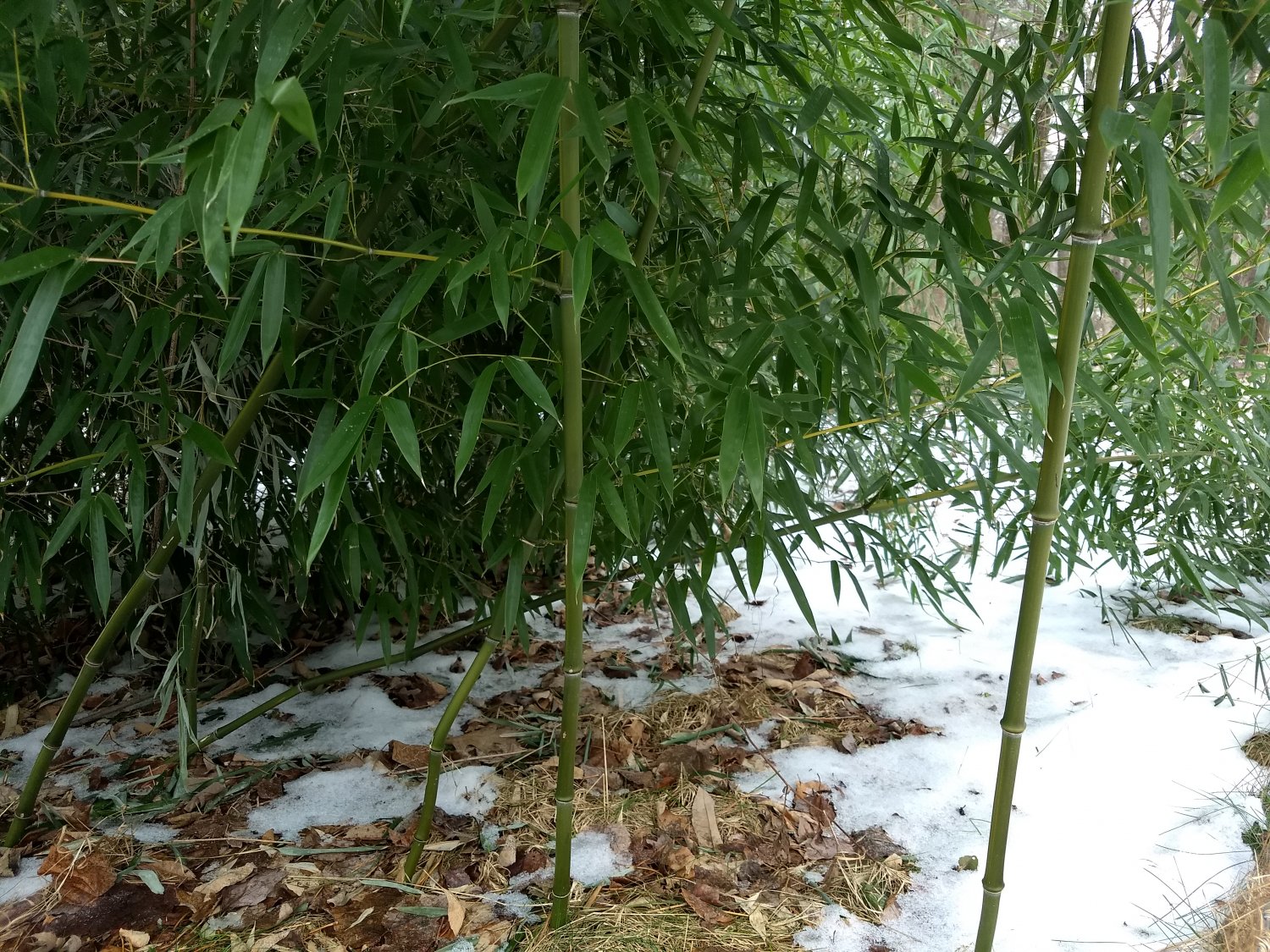 You could take a piece of it, sealed in a ziplock bag, to your local nursery or garden center and see if they can help you identify it. Or Google search. How long has it taken to grow that far?

Sure looks like it, but I am unsure of what kind grows up there....but if the goats love it....ya gotta love it

Just looked up bamboo in Massachusetts..yepper...you do have a cold tolerant bamboo growing, congratulations on that score, just don't let them destroy the main clump of growth, the new shoots that grow past the wire should keep them busy and content ....
Last edited: Jan 5, 2021

Uh oh. If no dwarf goats kid in the next 11 days appears little Durango was a very lucky buck and bred all the ND ladies this year. I ran a buck with half the does for several weeks weeks, took the buck out, waited a few weeks, put in more does and Durango for the new does and to act as clean up and we are approaching our corresponding break period between sires with no kiddings from the first buck. Still exciting, but disappointing my first guy had problems. He really loved cuddling his girlfriends and the does really loved all over him, I'm surprised he didn't do any covering. All maintenance bases were covered, and everyone was at least a year old too so I'm baffled. Tight, well attached udders, good teats, smaller stature, nice feet, and white on poll, belly, and front legs all around, I guess. I hope none of them go lame when the selenium goes low like Durango did. Durango also got rather bucky as he matured, not as bucky as Avalon, but still not super docile. Aw well.

Hurry up guys! I want to do some milking!!!

...granted a doe or two could go over day 145 up to day 155, but with the multiples nigerians have and what was confirmed via ultrasound that is unlikely and delay in kidding beyond the 21st indicates the alternate buck sired the litter.
You must log in or register to reply here.
Share:
Reddit Pinterest Tumblr WhatsApp Email Share Link