Yesterday was an emotional day for some of us.
The boys and DH went outside to play after work just before dark.

Moses got sad because after several days of harassing her in that obnoxious puppy way Bailey decided to give in and play WITH Moses who also had the zoomies and so she ran him over three or four times until he decided he didn't want to play and wanted to come in the house. He is just not big enough to rumble with her. No more Bailey play. He cuddled on the couch inside with me and Shaun instead. I didn't know about it until he slipped in and i go told what was up. Poor dog. No more for him if I have anything to say about it.

Bailey got sad because after Moses went in earlier than she wanted she tried to play frisbee with the boys. But she is not a retriever and is instead a serious guard dog so after she caught the frisbee she tried to dispatch the frisbee and now the frisbee is cracked on one side with a tooth mark through it in the other. It kind of looks like a bear got to it. Mark had to take the frisbee, so Bailey got sader and deeply hurt, so she sulked miserably on what's left of the lawn (drought and winter) for a few minutes.

Aiden was sad because he wanted to play hide and seek, except they always hide in the barn in the loft so DH didn't want to play that.

Dan is sad because he wanted to do a snowball fight, but since there is no snow so he wanted to use mud instead except NOBODY wanted to play mudball fight with him. I can't. Imagine. Why. How unfair.

So they all took turns being sad. Way too much emotion for me.

The other goat lady in town wants to bring her newish LGD puppy that is frazzling her nerves and being a butt over for a playdate with Bailey, so maybe Bailey will have someone to pummel that isn't Moses. The puppy is apparently trying to attach herself to the lady's border collie, which will not do and is being naughty to the point she wants to rehome her. I can't afford another LGD right now in time and money, but I can spare an afternoon supervising dogs play and help good behavior just a little bit. They will not be in the goat pen. Next to it with a strange puppy is good enough. Moses will be out of the way. He's my house puppy.

(adding, I guess I could write I was sad yesterday, but I didn't really get sad. The second security camera for the barn door came, and apparently there is only one spot in the barn they will work and the one is already in that spot and you can't see the door from there, lol, but I'm fixing the wifi issue, so it's taking longer than I wanted, but I am not dismayed).

Moses sister plays with the four big dogs and they sure tumble her around at times, but she isn't as mellow as Moses, ....looks like she is going to a home in Texas as soon as the funds arrive....puppies are traveling more than I can these days.....keep up the good life Moses, you have it made at your new home 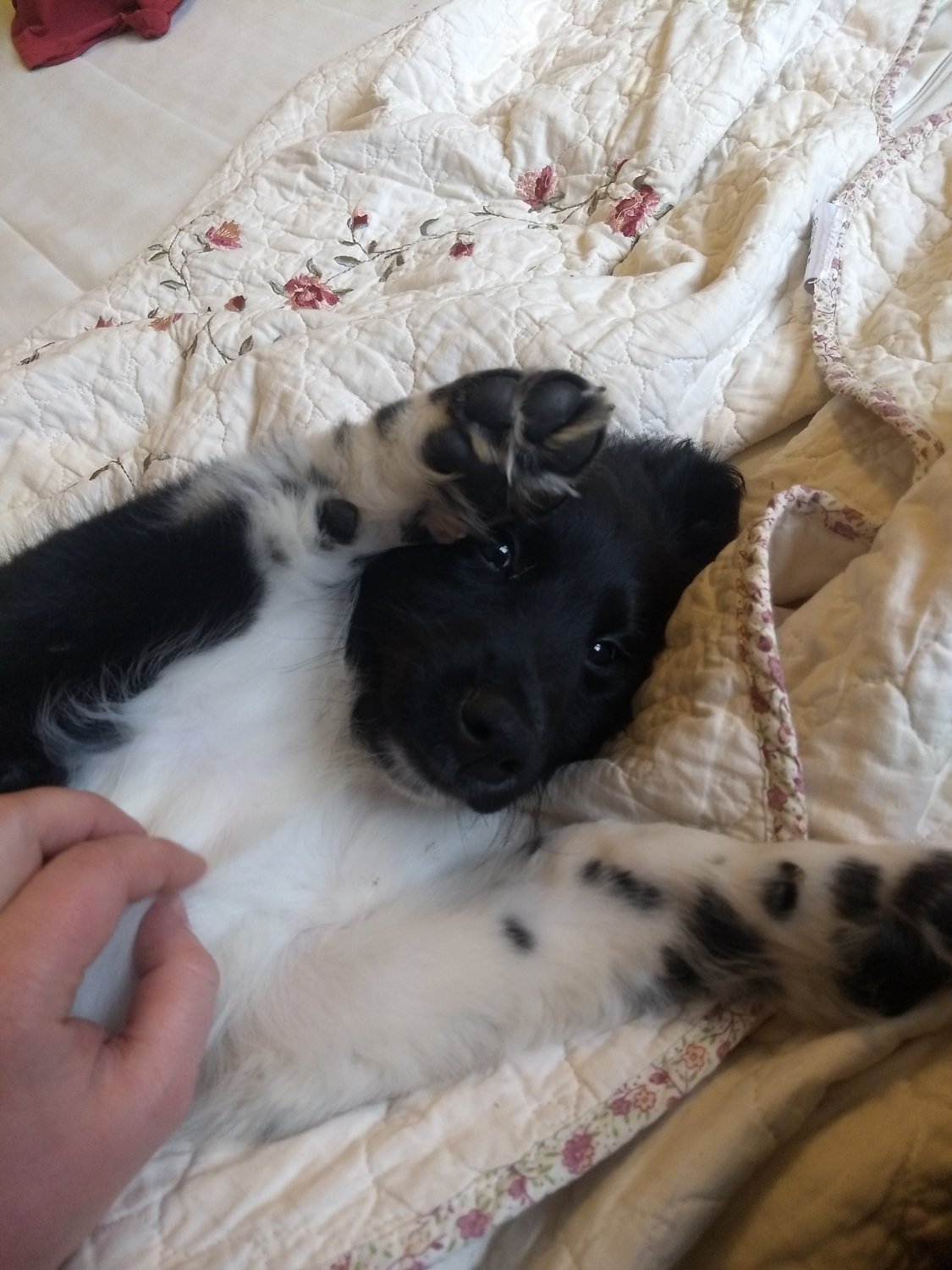 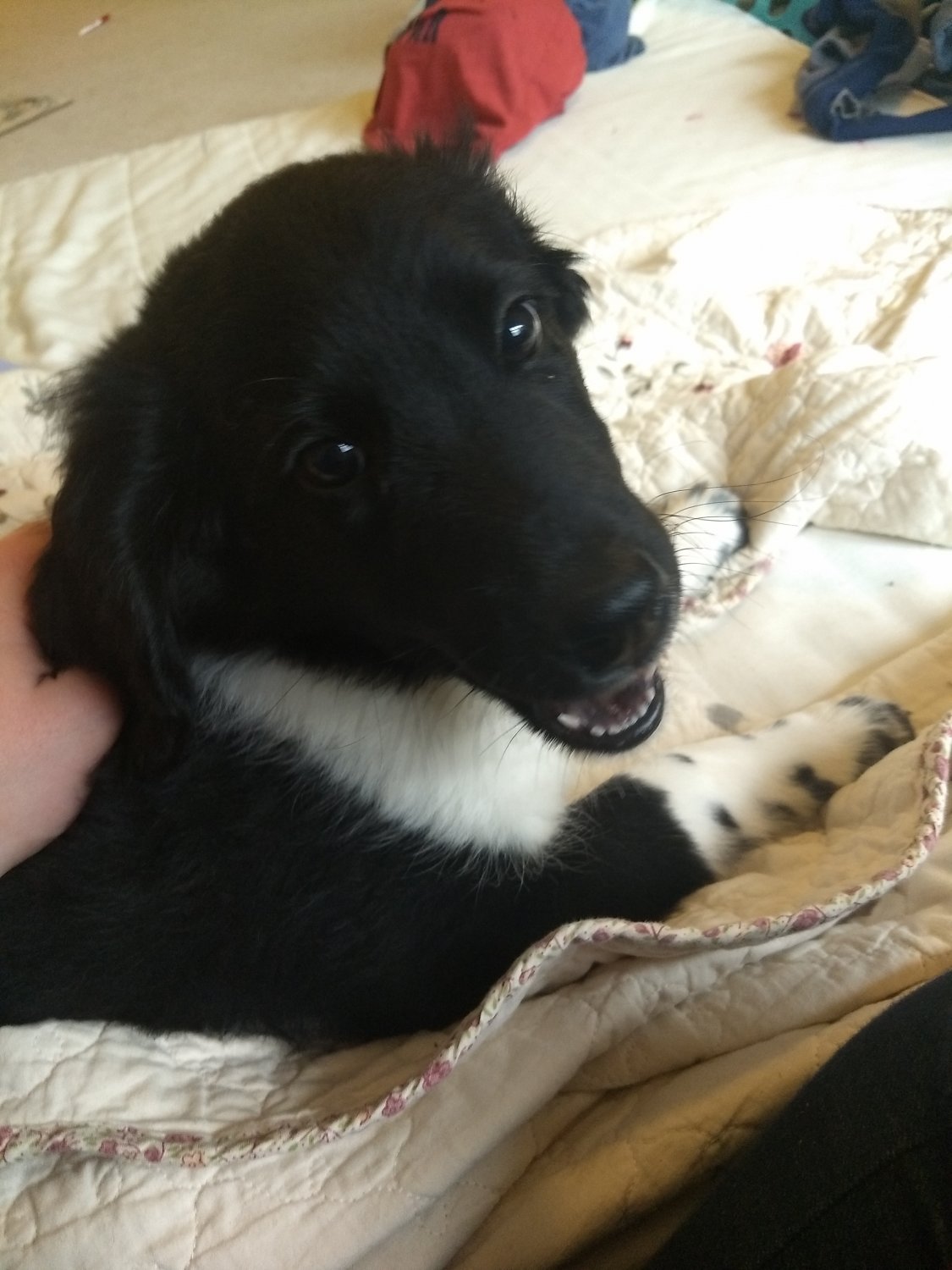 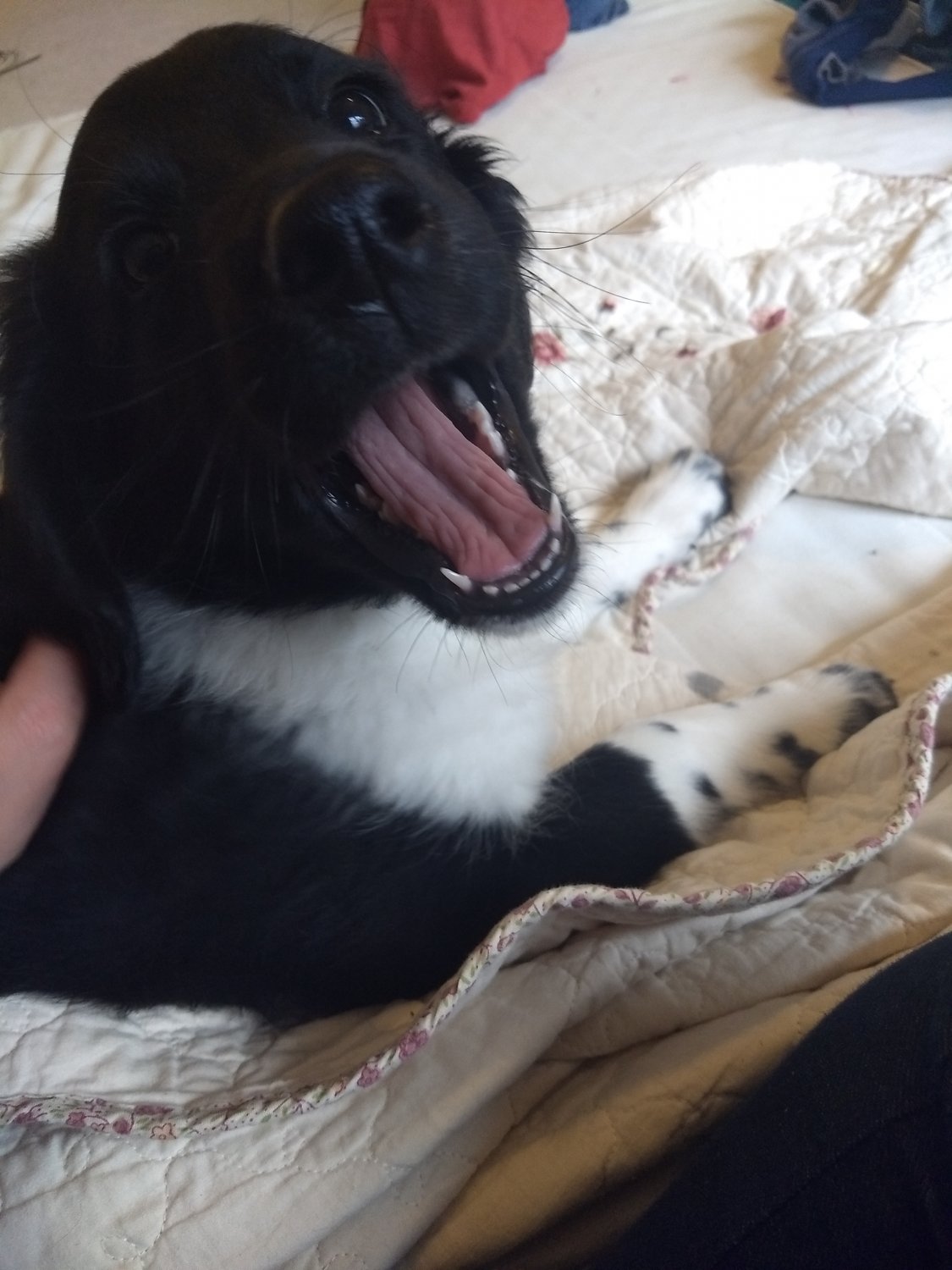 Darn, black dogs are HARD to photograph! Those are about the only picture I have of him where he looks like he has eyes and I just took them today. 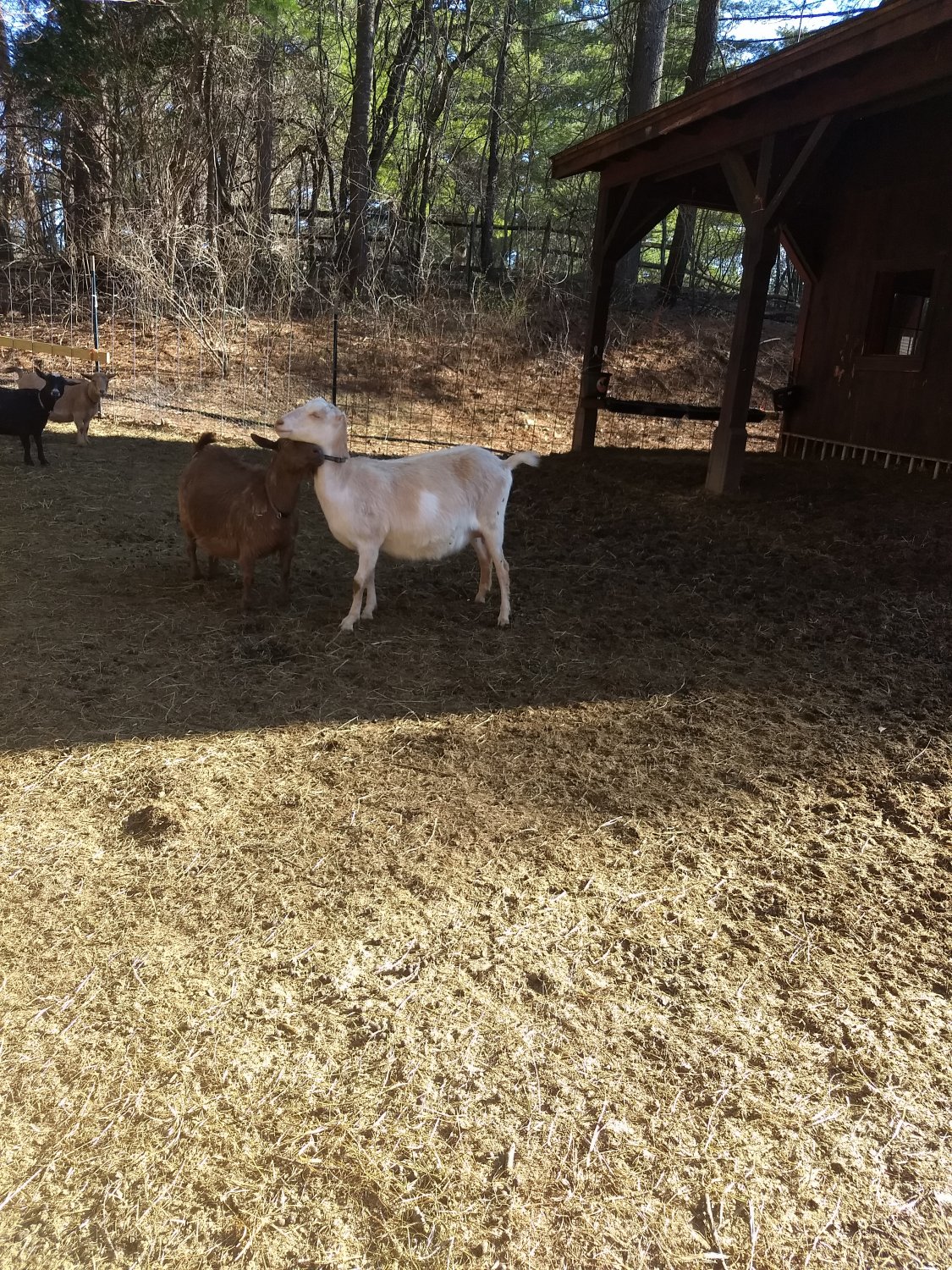 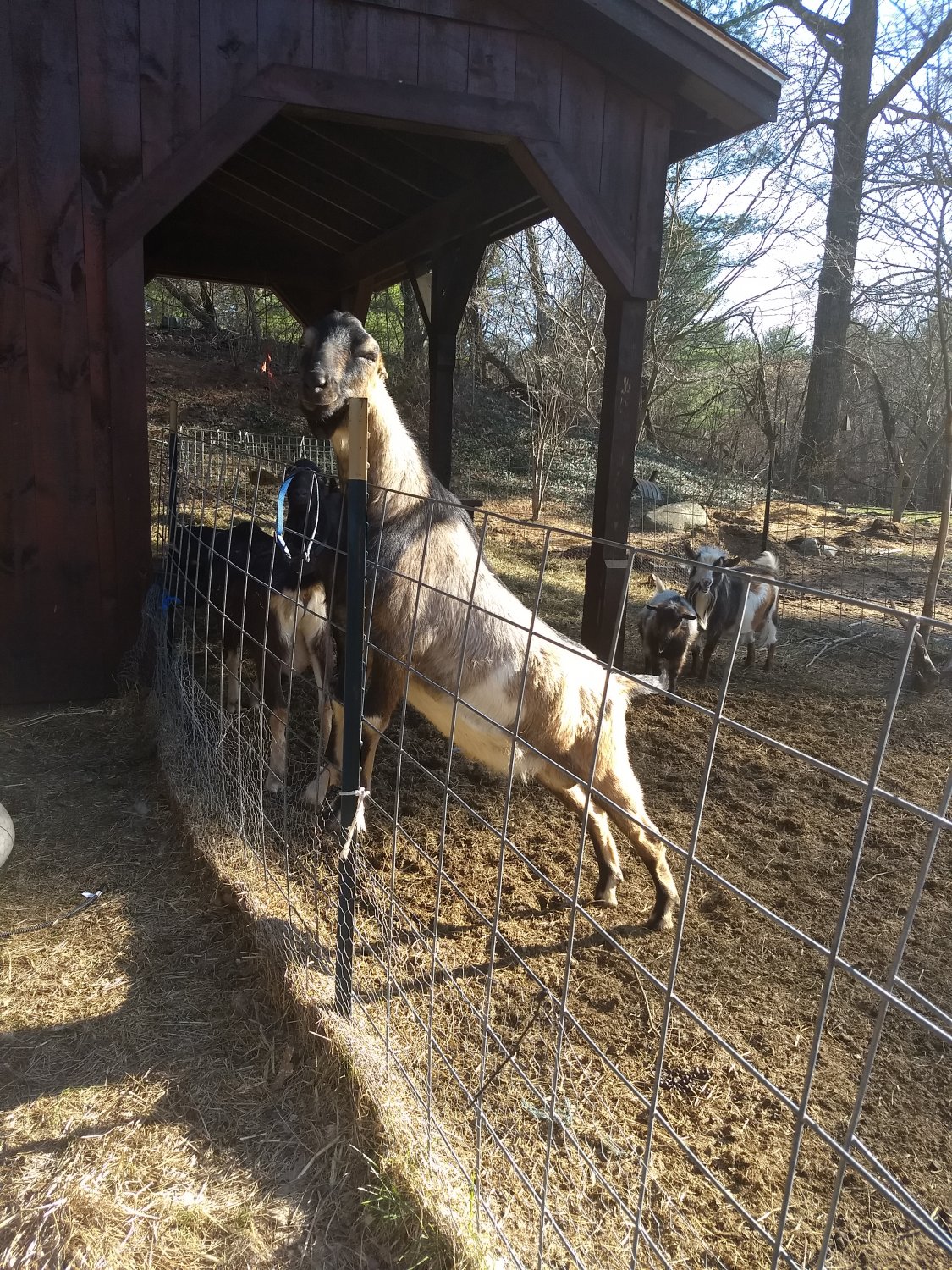 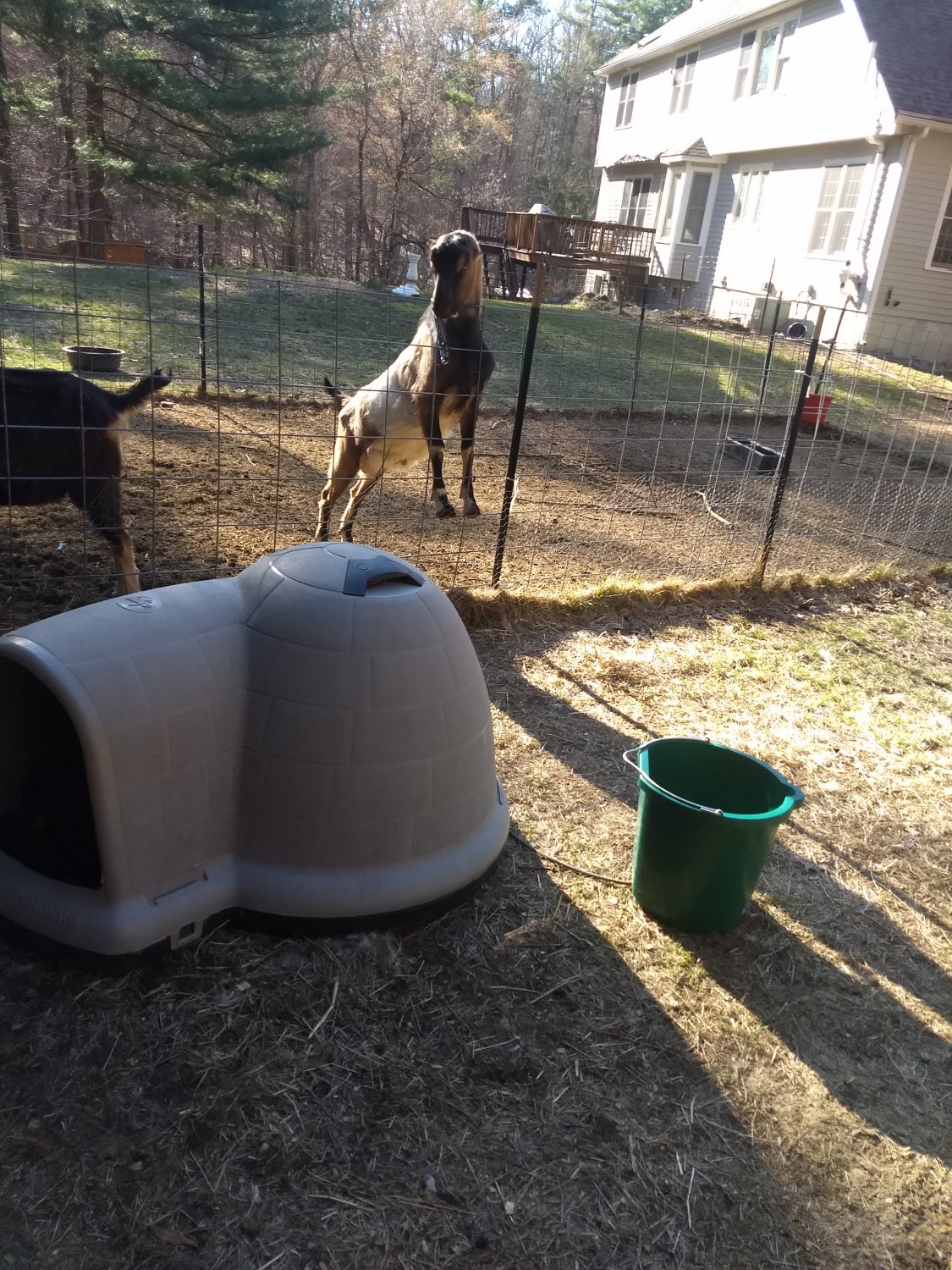 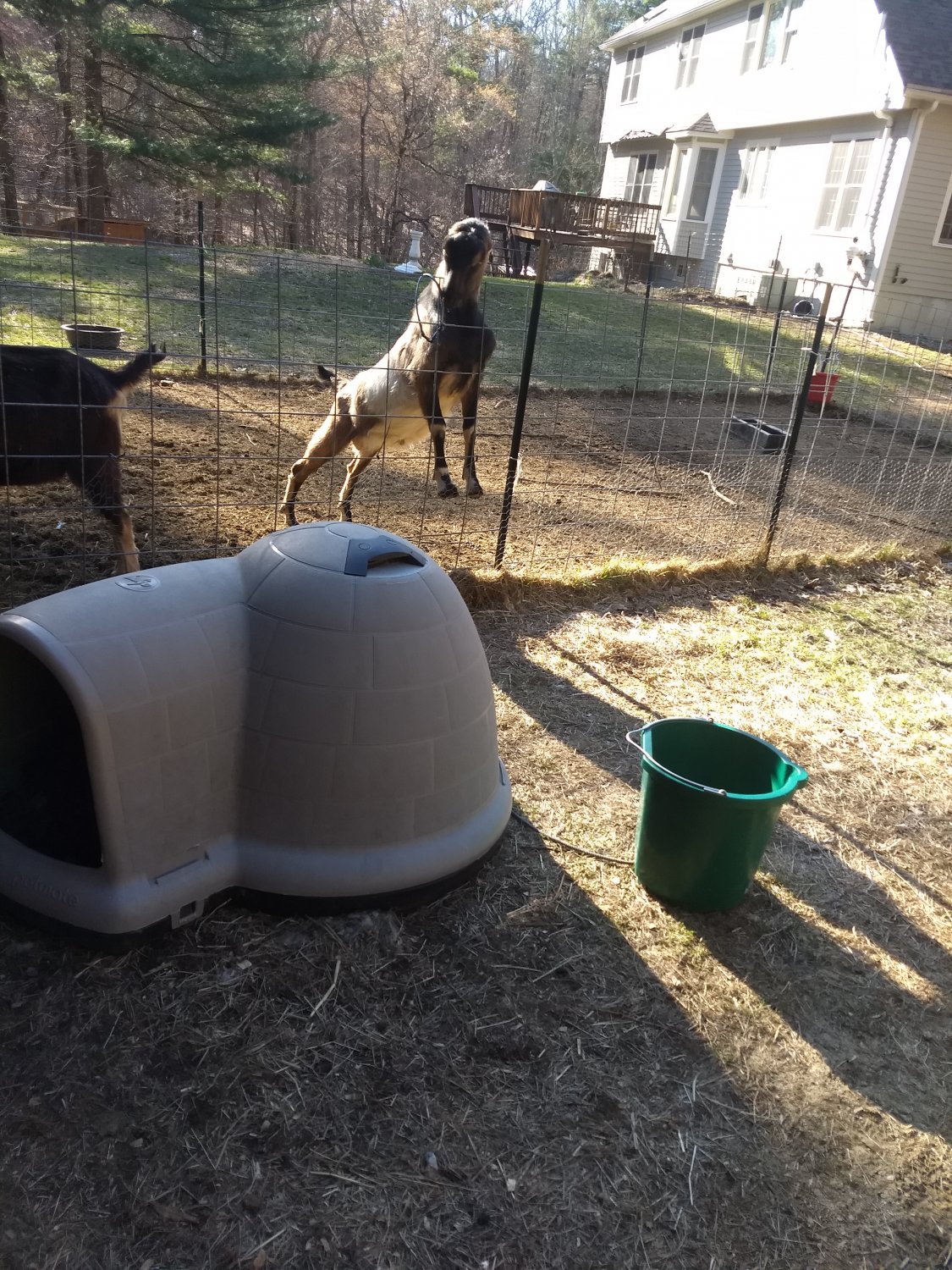 Atlas is getting over liver flukes. My goats keep taking turns getting them and I hate it.

You actually did really well, black dogs are REALLY hard to photograph...puppies are even harder to get them still enough to take....
MOSES Looks very happy and content

rachels.haven said:
he snuck back around, and she about took his head off. Yeah, she's going. Dan won't be doing that again either.
Click to expand...

I don't know, seems like you need to keep her around to teach Danger Dan some animal behavior manners! Better a goat give him a knock for inappropriate behavior than a large dog.

She is for the moment, but that's not my plan long term.