G6s is trickier that that. A lot of reputable breeders have it in their herd. I only know if one herd "near" me that is entirely G6s negaitve. As long as one parent is normal no affected offspring will be born, is most of the thinking. Some of the nicest Nubians carry it so if you want to use one of the pretty boys (even in the tank), there's a good chance you'll bring it back in. 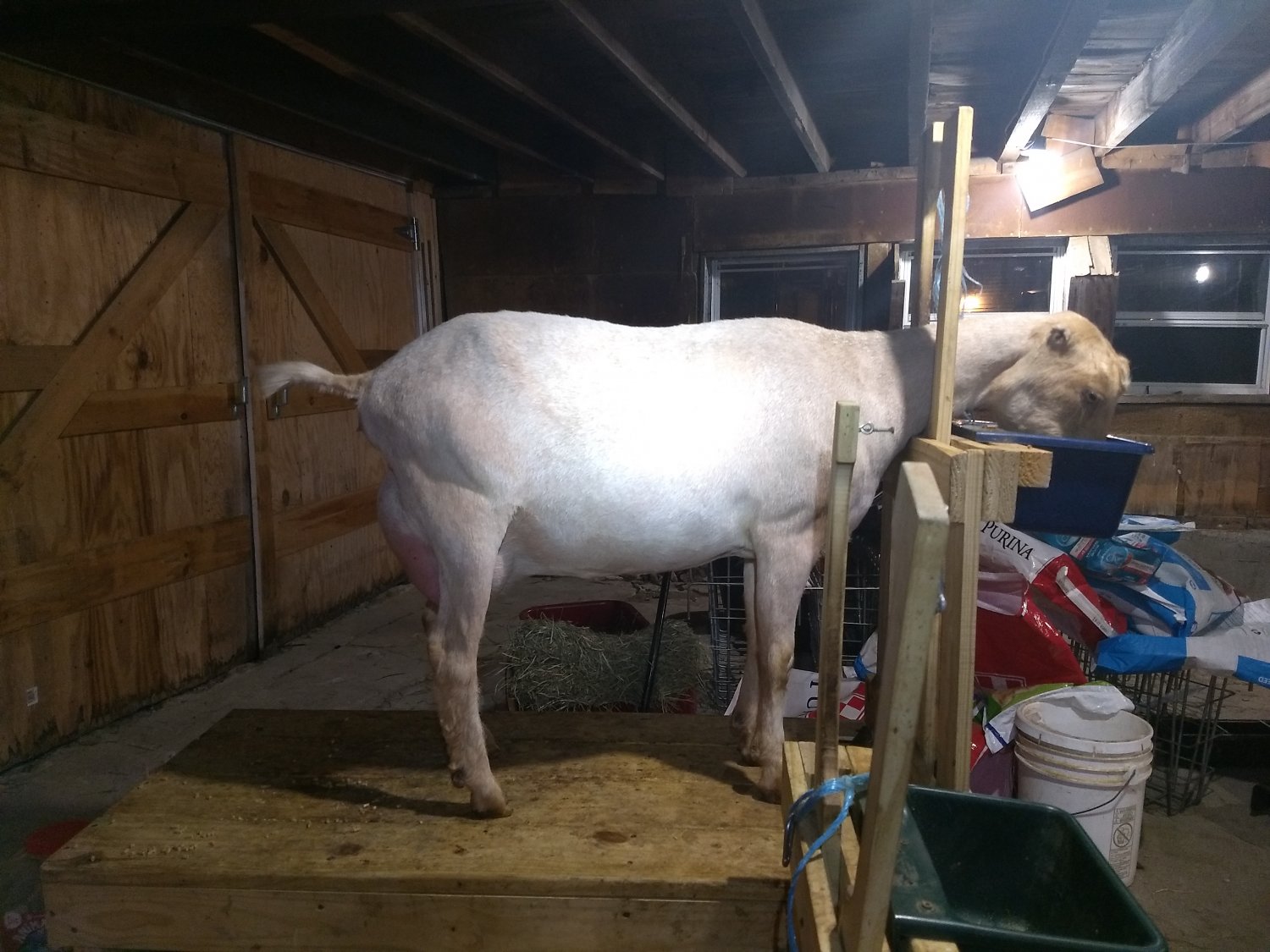 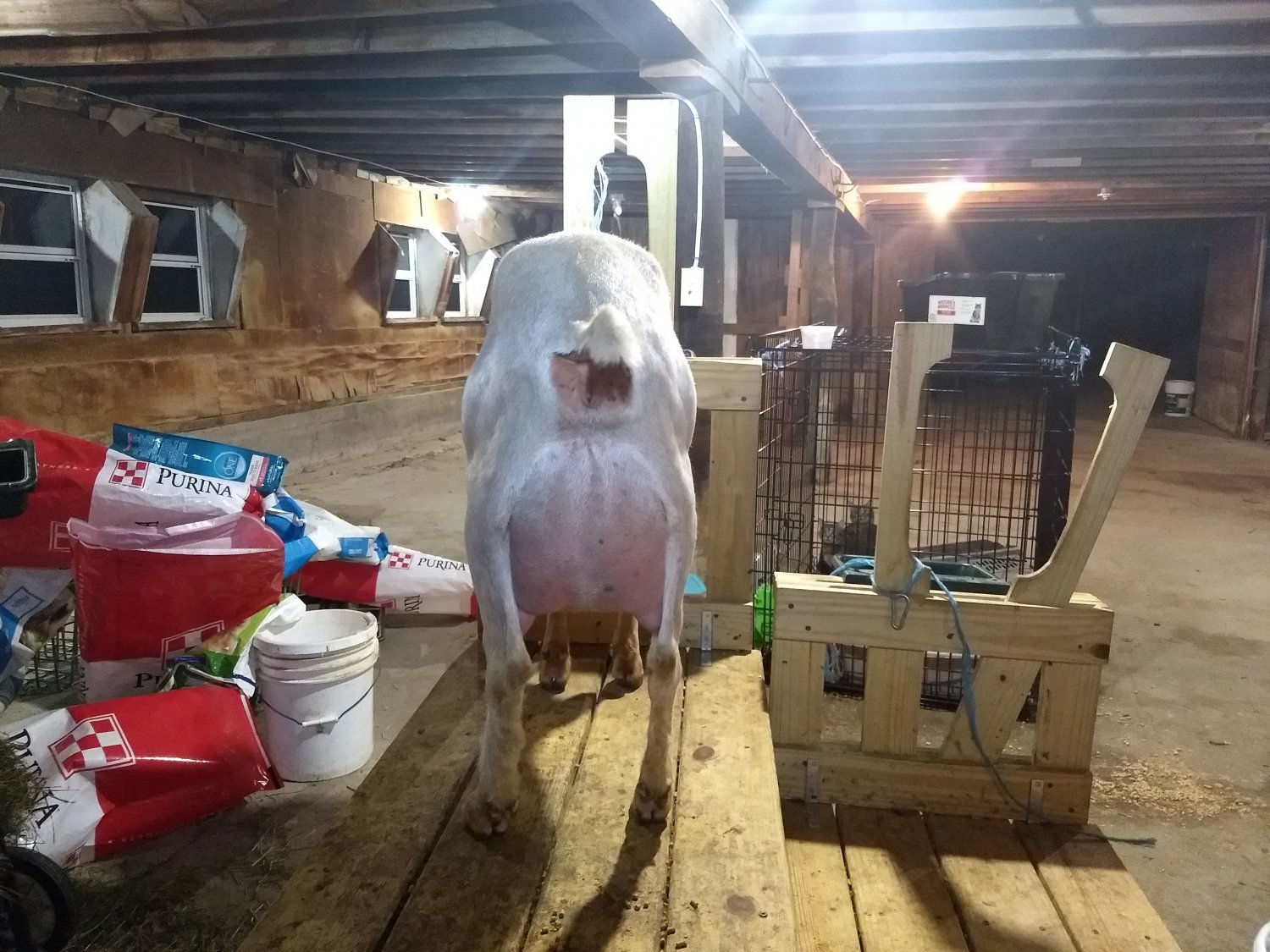 She needs a medial, foreudder, teats, feet buck, but she's sweet and doing good. She's also milking a half gallon 2x daily despite being small and a ff.

You are the best goat momma. I learn things from you that I never knew. Never even heard of G6s. Are Nubians the only breed that carries it?

Thank you. Just noobers and their crosses as far as I know. No need to breed any more goats carrying it here, so Lady will go and her kids will either go or stay based on what they wind up carrying. And if I need more Noobers I'll get them from the negaitve herd, my disbudding place. The reason I didn't originally is because they focus on show and not so much milk. I would rather do linear appraisal and milk test, so I went with Lady's commercial dairy herd that does LA and has a half gallon a day minimum for milkers BUT I'd rather not have G6s. I'd keep Lady's buck if he were clean. Her doe is stunning too. Can I have it all? (Lol, unlikely).

Side note, fence guys are coming Saturday. We need to convince them that they need to splice in enough wire to restretch and tie off the fence properly or we will have a really short lived fence and will have been ripped off again.

I can’t believe how hard it is there to find people who can do a good quality job.

@rachels.haven I'm so sorry you're going through that. That is not fun. When I was breeding, I wouldn't have any G6S in my herd either, but thankfully all of the breeders I know down here are scrupulous about testing for it and wouldn't imagine even having a carrier in their herds. They have some nationally competitive animals too.

rachels.haven said:
How about this one?
Click to expand...

Oh you DEFINITELY need that one!

Lol, it would be fun.

The house is staged (...gaudy, gray, flamboyant, depressing, and impractical all at once, but whatever) and listed. Turns out the sq foot count didn't include the finished basement and the total came to over 4k feet...no wonder we felt overhoused. Similar sized houses are going for 850-900k with the market high like it is and it's a sellers' market. We're expecting it to go for 850ish once buyers compete for it. Odd thing, the only part i miss is the barn. It always felt like someone else's house.

Our current house is much cheaper, much, much smaller, and a farm house. Higher quality workmanship too and more practical (and more lived in, as it is older). If our plan pans out, even with barn building we want to try to pay it off by the end of the year or halfway into next. Then the rest of the extra cash flow can go into DH's "incase I go blind tomorrow" or retirement fund again. Once that builds up again we can relax. Haven't had that in a while.

Hay is up to $11 for prickly first cut and $12 for prickly late second so...a lot of people have been listing nice goats. I've...um, taken advantage of some of it in the name of pasture management. Some of these goats have been a bit starved so they will take some work, but I should do a herd composition post later.

It makes me want the big barn with the "wash-milkroom". Probably out of my price range though.