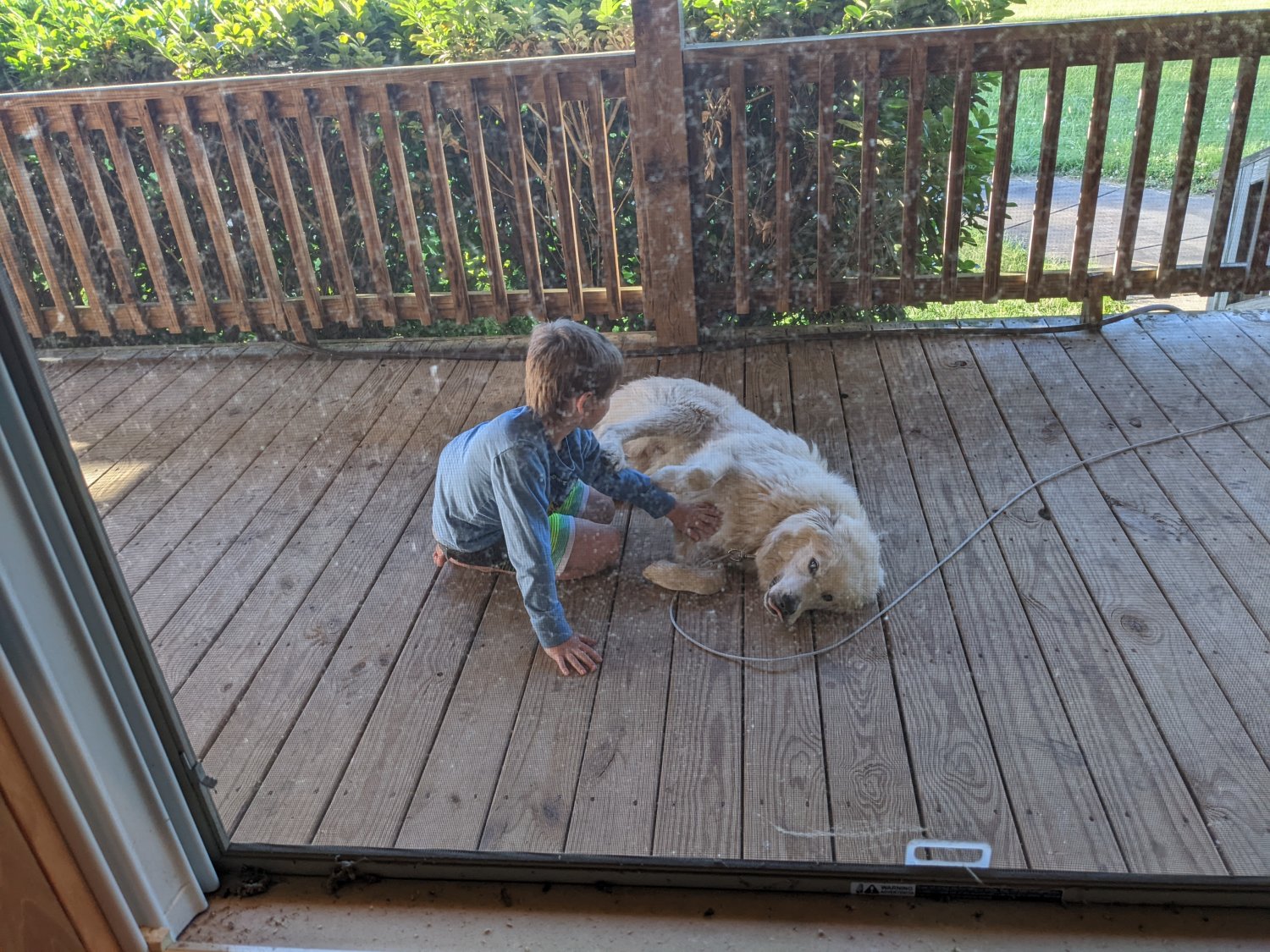 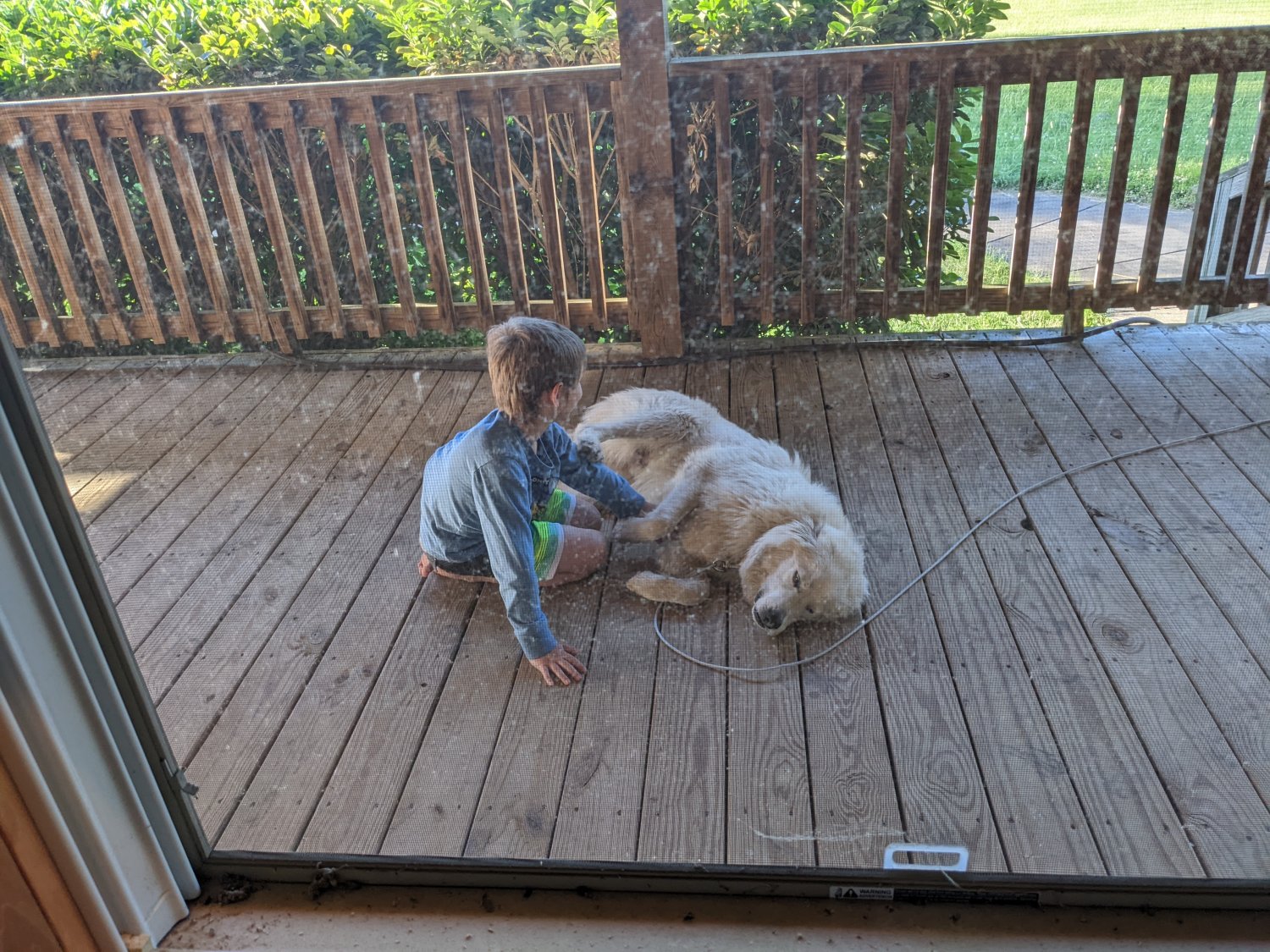 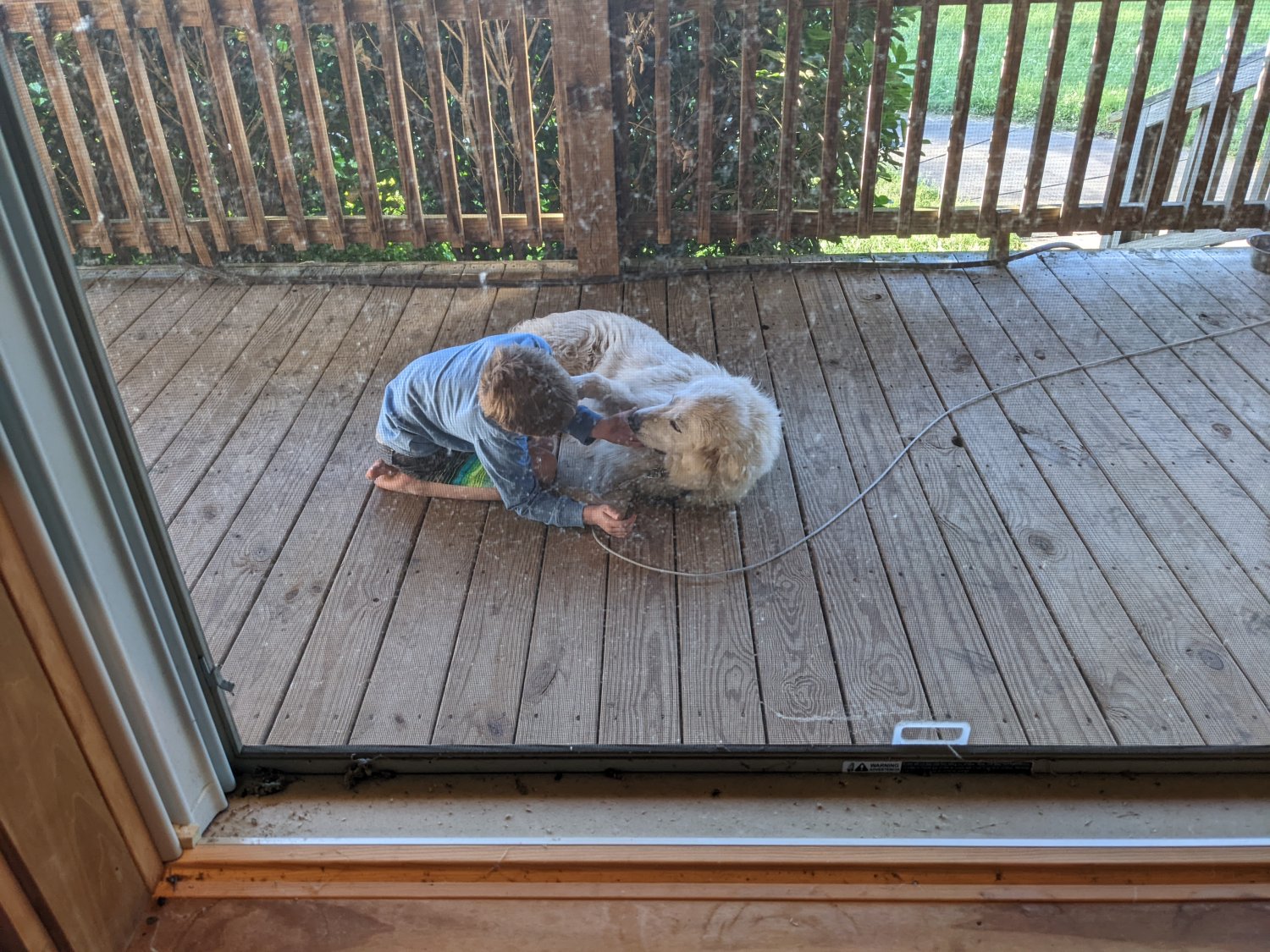 Will he come to the boys and just not you?

Nope, he doesn't come to anybody. He's sweet on the kids (especially Dan) while on the tie out cable and in the house though. 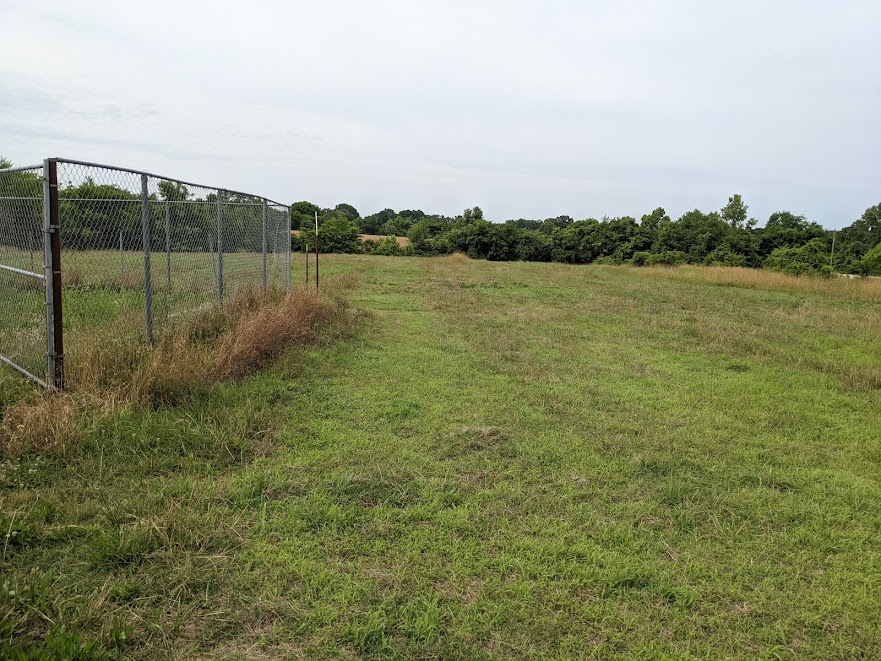 My Garden this year. Not bare anymore. Needs more clover and lespedeza up here. I need to get the goats off the extra tasty stuff while it grows and I'm planning on doing that in the fall when they are penned in the barn for breeding season. Some is still coming up but the goats like to swiffer the clover and legumes up like candy.
Found out the AC/heat pump system we have is old and failing and needs to be replaced. The tech recharged it, but it's leaking badly in a lot of places and will probably only last somewhere between a few days and a few weeks before the coolant leaks out and "breaks" again. He says it's not great and was not very happy about it. The salesman will probably quite us a small car to replace the whole thing, he said (clearly he's not the salesman).
Poo. I'm glad we got the charge up in the meantime, I guess. We were all getting heat sick.

Sorry about the AC unit, yeah that will be expensive. If you have to replace it can you use heat pumps instead? Heat and cool from the same unit.

Bruce said:
Sorry about the AC unit, yeah that will be expensive. If you have to replace it can you use heat pumps instead? Heat and cool from the same unit.
Click to expand...

That's what we had and we'd like to get it again with a few adjustments to follow DH's future solar plans (rapidly becoming more future due to present situation, lol)

My son had to put in a new 3 1/2 ton unit, inside and outside unit, just a couple of months ago. There is never a good time for the AC to go out.

Baymule said:
My son had to put in a new 3 1/2 ton unit, inside and outside unit, just a couple of months ago. There is never a good time for the AC to go out.
Click to expand...

You said it. Heading to the 100's next week.
The guy just left and it is indeed a small car's price. Not as much as the technician said it would be, but not far off. That's what savings are for, I suppose. We kind of need AC and heat. New ultra efficient heating/cooling heat pump system heading our way early to late next week. Even the low end ones would still be a small car, so we figured we should get the one that will last the longest and keep the bills low, which was what we wanted before he showed up anyway. The salesman just walked us through the catalogs of their brands and told us the price on everything rather than pushing anything and he definitely got his sale.

Son called a small family run company, offered cash and got a discount.

Wonderful when that happens. There's one big company here that dominates. I feel bad for the little guys, but after living in Mass we're a little timid to use anyone my parents and siblings in the area don't have experience with. No discount for us, although they are fixing another problem for free we brought up so we're being taken care of. Good enough for me.
You must log in or register to reply here.
Share:
Reddit Pinterest Tumblr WhatsApp Email Share Link