How are you and your family, including your new arrival? Did you get your hay straightened out? And has it snowed there yet in Ontario where you are?

Gosh, it's been so long since we last heard from you! Do you not like us any more? We miss you.

Happy New Year, Miss @SA Farm. I hope we hear from you soon!

I know it’s been ages, but y’all know I love you. Just not much happening around here at the moment. Baby is growing like a weed, of course. He’s a chunk lol 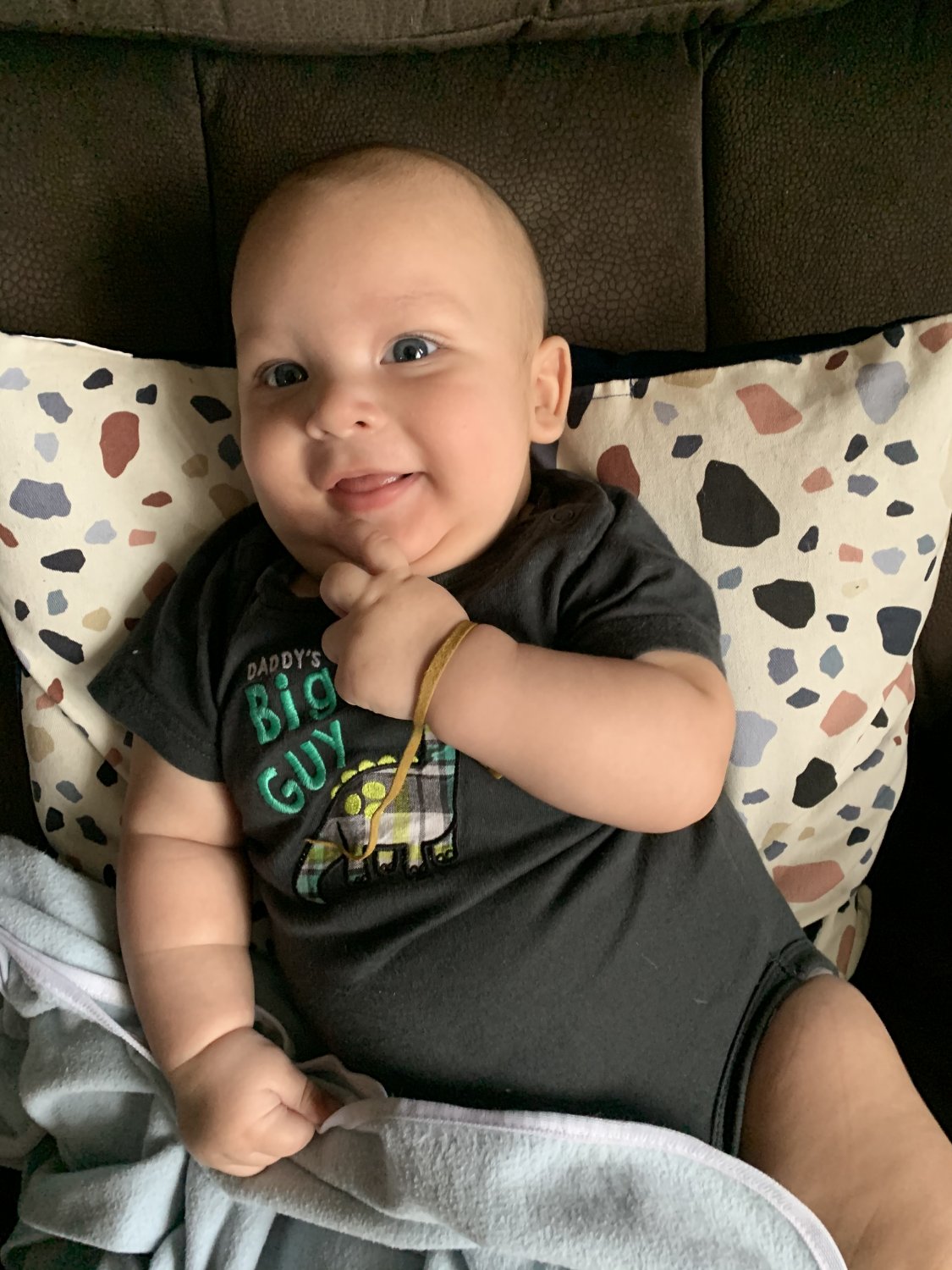 We’ve had snow a couple of times and have some on the ground right now, though it seems it’s going to go this week with the forecast calling for plus temps.
We did get our hay sorted out and have plenty. Birds and sheep are doing great. Just waiting for hatching and lambing season to commence in the next few months.
Holidays were lovely, if quieter than usual. Good since my back’s been out several times this fall. Getting it sorted slowly but surely. Probably from doing so much bending and lifting with my well over 20 pound boy! I can’t believe he’s already five months old!
F

Adorable. Reminds me of my son, he was a real chunk too.....
Glad you had a nice holiday, and that things are quiet and not too stressed.

Good to see you! Thanks for sharing another Gary pic.

He's growing so much, I can't believe he's five months old already either!

Starting to do a bit of reading/catching up on other threads now. Since my spring fever has started, I’ll probably be around more.
Yes. Yes, I’m starting to make to-do lists. No, I won’t depress myself or you all by sharing

Picked up a young Sweetgrass hen to add to my turkey breeding plans this year. DH has dubbed her Lady and one of my grow out jakes from last year will be her mate. DH dubbed him Mac from Macbeth. I took their picture this morning and they seem to be settling in together nicely. (Far away from the others, as they’re doing a sort of quarantine.) 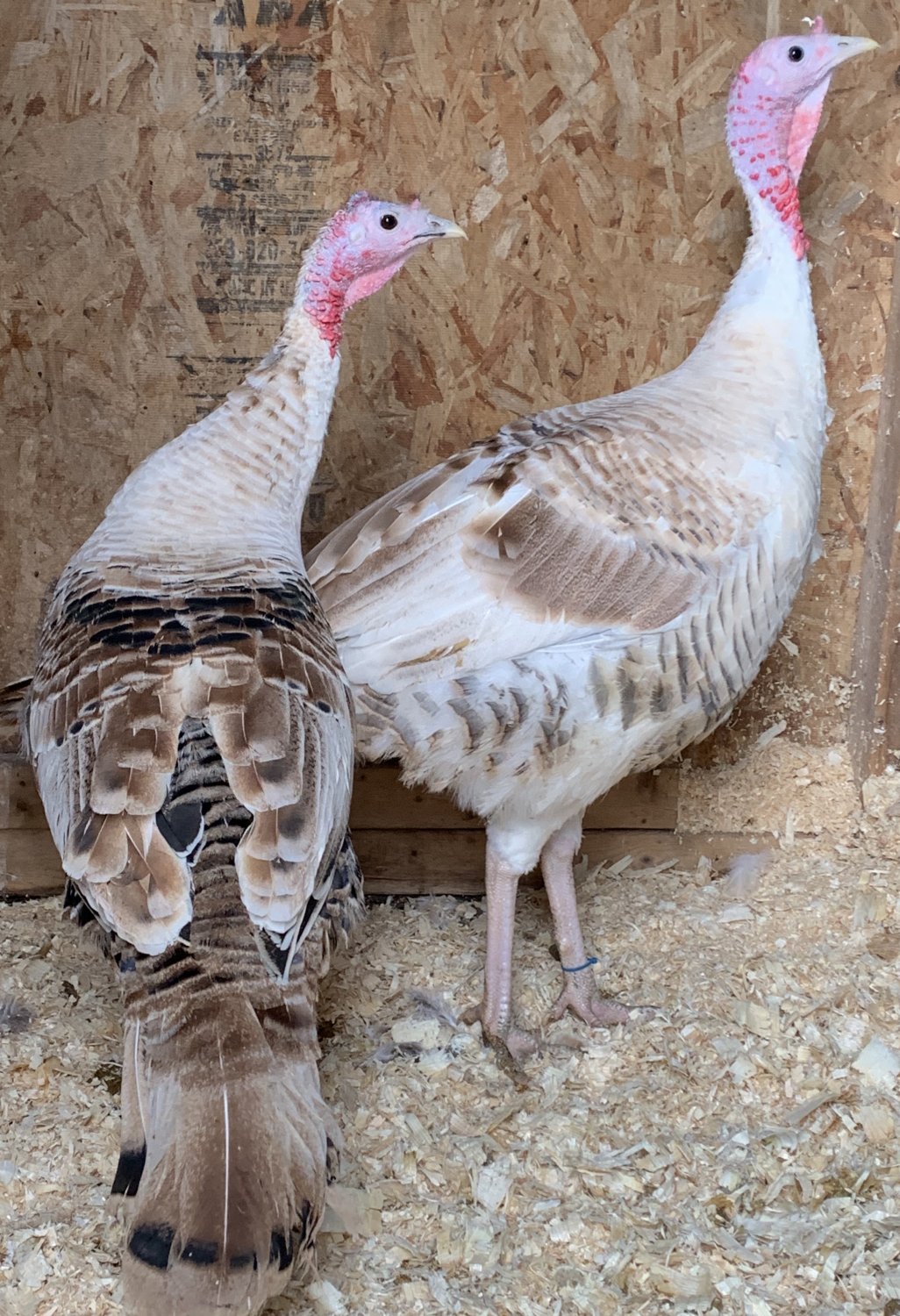 I’m considering getting an Ameraucana roo to cover my “extra” hens. Everything that isn’t a Cochin, basically. Still in the thinking and planning stage, but I think it’ll be worth it if we can fix the dog kennel that bleeping husky ripped through. Yeah, apparently dog kennels aren’t nearly as dog-proof as I rather expected them to be.
Oh well. Live and learn. At least the rat problem seems to have finally been taken care of at about the same time. Go figure

Anyway. I realized today that my camera has a very sad lack of animal pics. I may or may not have about a hundred of baby, but the first pic of my animals in quite some time is the one I just took of Lady and Mac. Will have to rectify that in the coming days and weeks

Oh go ahead and share your to-do list! It will only be depressing to me if you accomplish everything before I get two checked off on mine. That, btw, is very likely .

And you absolutely should have more baby pics than critters. You'll have him longer and he will change a lot more. Plus he's cuter.

So glad to hear from you! You've been away too long. Of course, having a baby takes time, plus a baby is just so much fun!

I won't get my feelings hurt because you'd rather hang out with your beautiful baby than us.....

@thistlebloom Nope. Not sharing my to-do list. It’s far too long and there are far too many things on it that were also on it last year. Maybe a few from the year before too

Picked up the Ameraucana rooster I was threatening to get. DH’s planning to pour cement all around the outside of the chicken coop/dog kennel, so I’m really hoping that’ll be enough to keep the wire from being pulled/pushed/dug at. So the new guy will be going in there with four girlfriends. Sometimes I wish my pens were closer to the house so I could be more aware of what’s going on back there, but I don’t want to annoy the neighbours by having them too close either. I do have my brooder shed close and my grow-out tractor, at least.
I’m dreaming of someday having the entire acreage fenced off with an LGD inside the fencing to protect everything, but I know that’s not in the cards right now and may never be.
It’s okay. I’ll make do with what I have 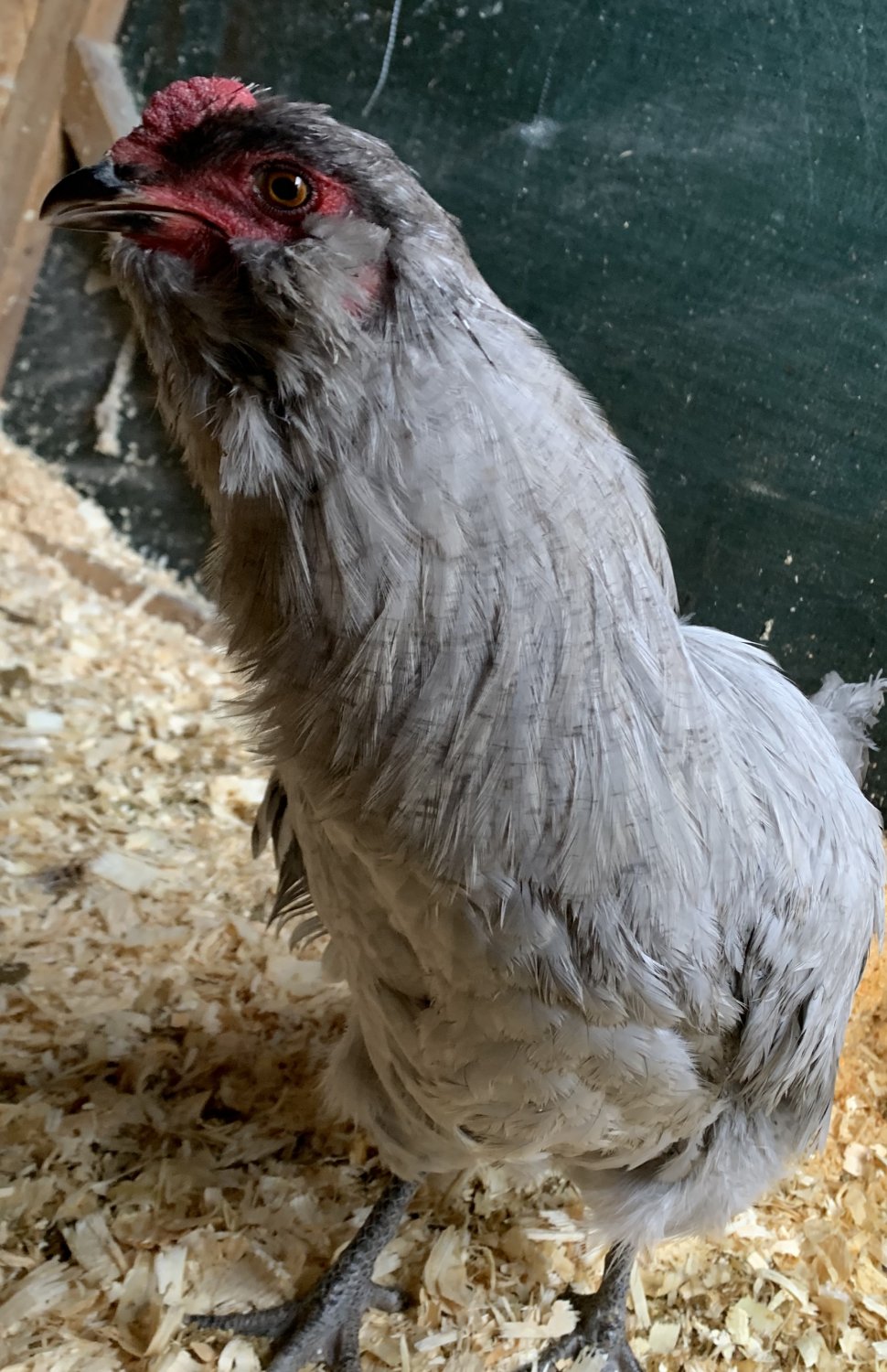