Morning meeting....
Since it rained all yesterday - ~1/2 inch!! the sheep stayed in the barn. Today was the first day the new sheep were outside. Let the oldies out into the pasture, closed the corral gate and let the new ewes out. They weren't too sure at first, just peeking their heads out and then slowly making their into the corral. THEN - the oldies came up to the gate - "whacha doin? who are you?" Pretty cool to watch. Interesting to note that the "matching colors" did the nose to nose first. Black to black, tan to tan, white to white. After that it was all "let us be together".
Without the oldsters > I < herded the new ewes back into the barn - first time was a bit time consuming - making me feel like one of the BC's at Meeker at the pen

. First time took the longest (remembering fast is slow and slow is fast). After that herding them back into the barn was easy peasy.
Also part of the morning meeting was Obi Wan. I swear the look on his face was "Christmas came early". Yeah - he saw them in the stall when they got here, but being in the corral and him on the other side of the fence was icing on the cake. Their reaction to him both when the oldsters were there and when they were not, was perfect I could not have dreamed of better. No bolting, no running, no "popcorn". Yes, he was on the >other side< of the fence, but nose to nose close.
After a bit Obi would work the fence line - similar to the way he works sheep in a gaze area. YES!!
Everything was so calm and easy. I ~almost put Obi in the corral to move the new ewes around some. They are not "dog broke" sheep - so I want to do things slowly - no running no chasing. Obi is the right dog for this. Also reminding myself he is just recently back to "light duty" work after breaking a toe. I decided to stick to my plan, don't rush things. I sat down and just watched. I LOVE that. It is sooo calming. I've missed taking the sheep out to the meadow to graze - standing and watching sheep and dog together just "being" and doing what they do.
Have a great one everyone. 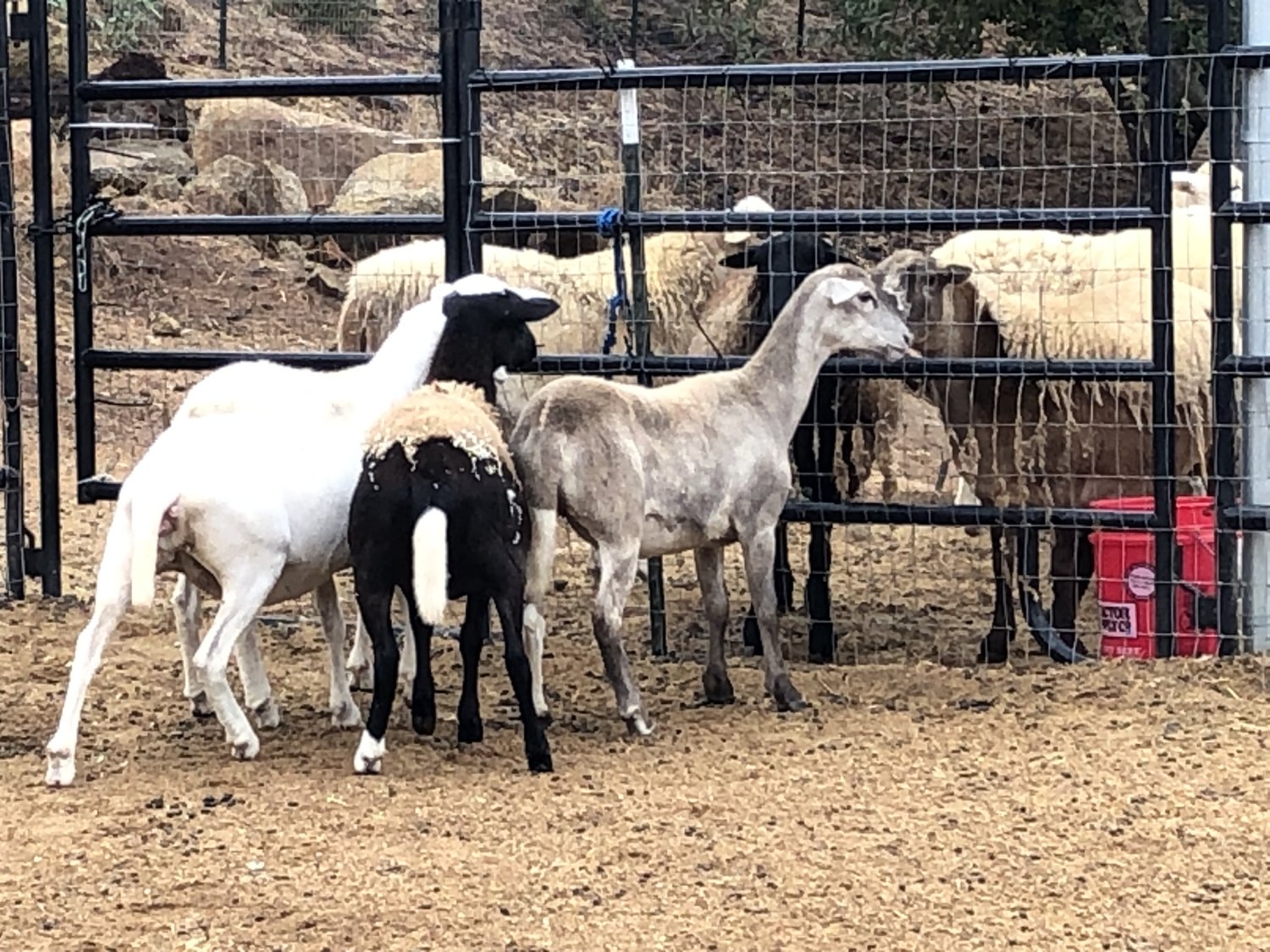 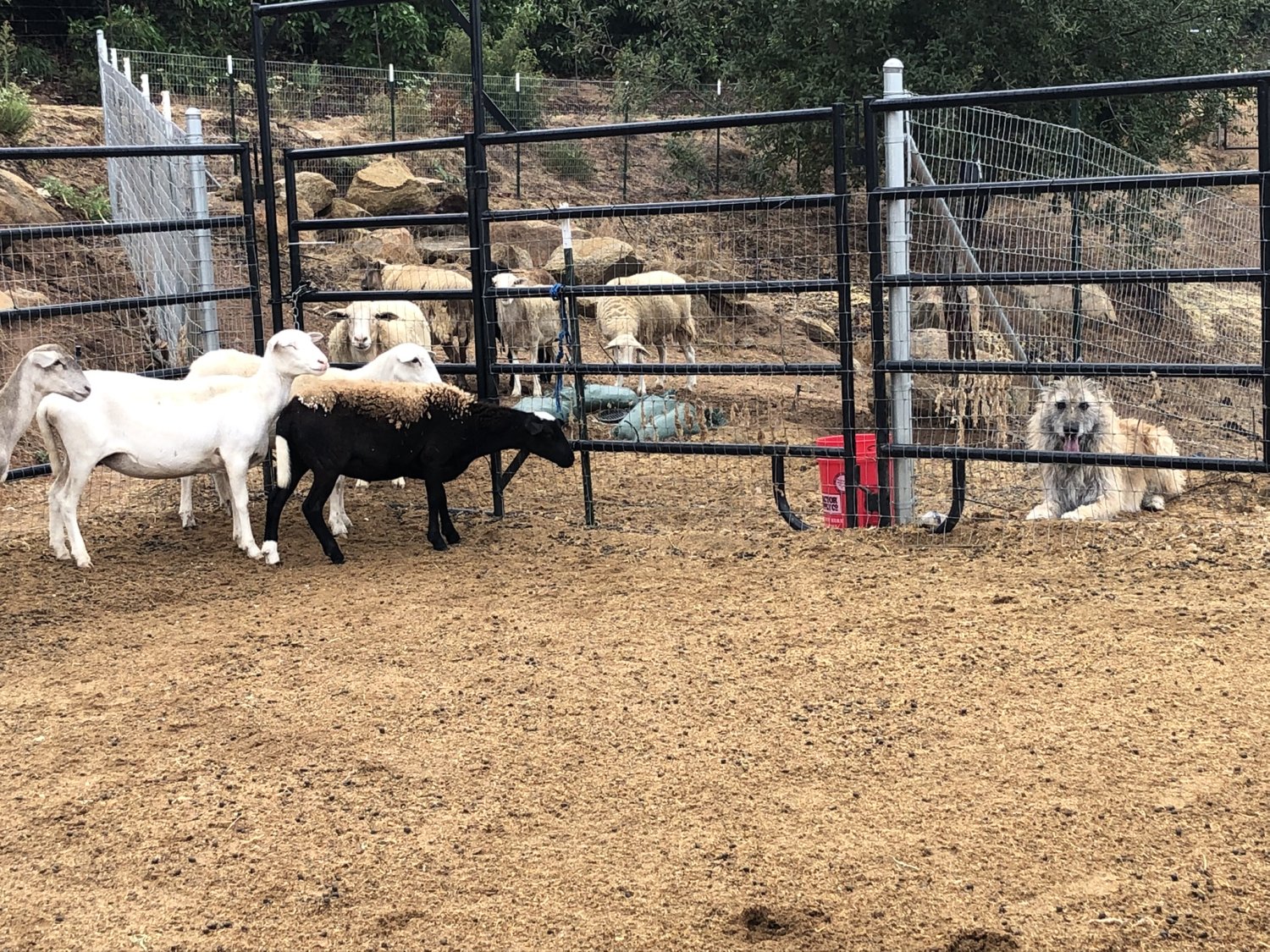 Watching the corral from my computer - got to love cameras 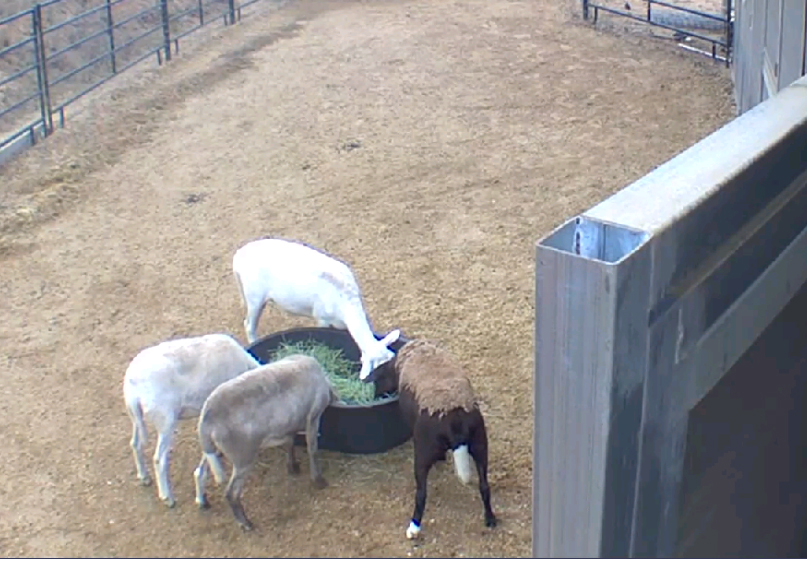 With the rain from Friday came this morning's dragging of the arenas. All three. I was going to take Obi with me, but thought better of it in case that broken toe might not be 100% healed (x-ray on the 22nd to find out) I thought constant vibration might not be a good thing. So today it was Ree's turn to be the "ride along ranch dog" keeping me company on the UTV. When I got up there were ..... <cough> T-Storms in the forecast starting at 2pm. When I got done harrowing the arenas at 11am any forecast of any precipitation had..... <cough cough> EVAPORATED. DAng media once again playing the little boy who cries wolf. I was hoping for the rain - it would be great to soften the arenas and have them ready for another dragging. And - I was going to let puppy Zo-boy be the ride along for his first time. SIGH. Such is life.
The four new sheep are truly settled in well. They met Halo (13_ yr old Terv) and Ree (4 yr old spitfire of a Laekenois ) and reacted appropriately. To Ree's credit she was nice and calm around them - looking like the extra work she had filling in for Obiis paying off. Reminding myself that every one of my dogs has seemingly gone from the frying pan to the fire in training by filling in for the current "worker". Not a bad thing - makes one do what is NEEDED to get the job done rather than micromanage or focus on what is wrong rather than what is right and trust.
Because pics are always fun - Ree Ride-along today..... 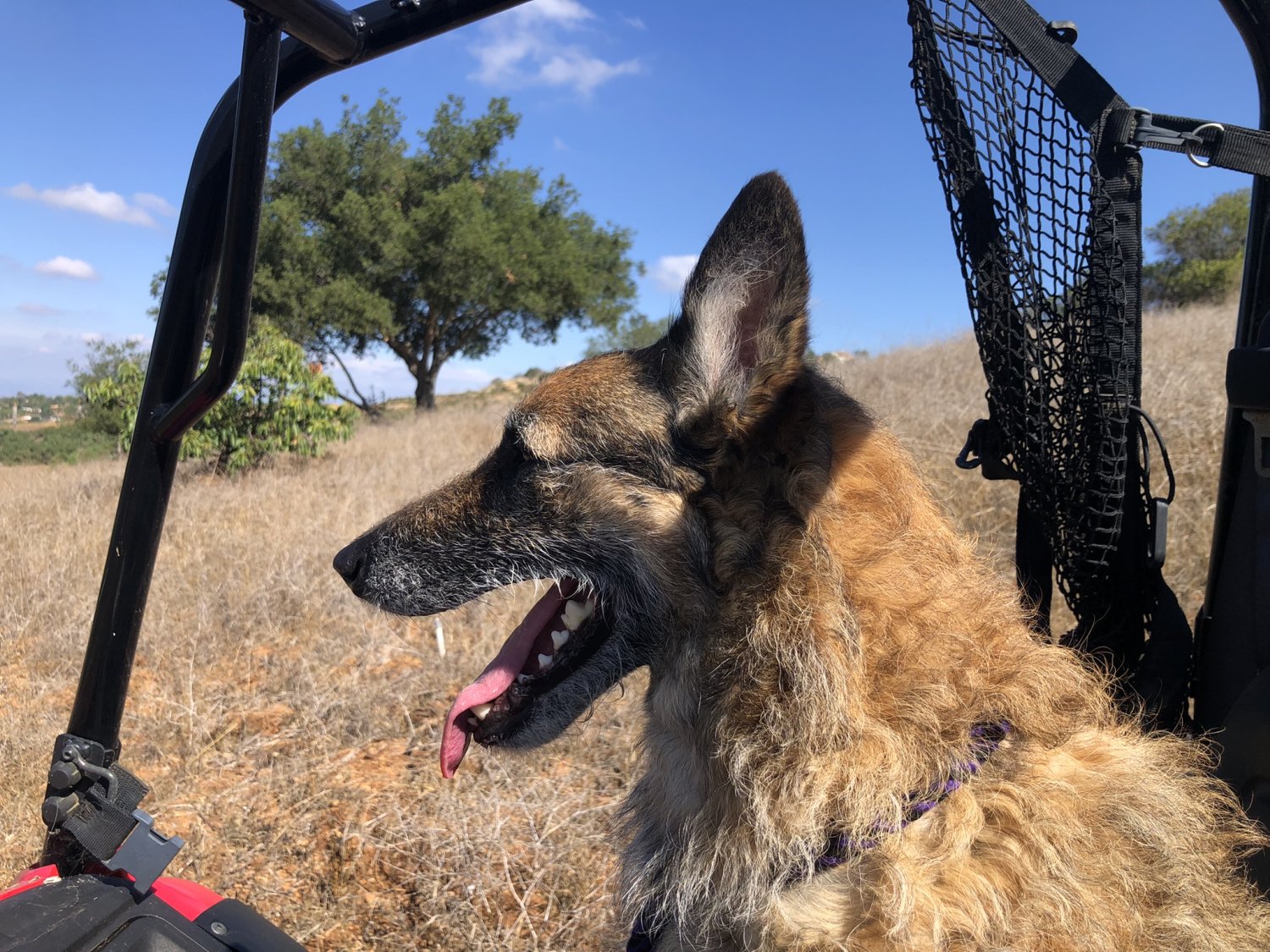 The grey and black have cute white tails.

Mini Horses said:
I like those really nice new sheep.

The grey and black have cute white tails.

I should call the new sheep ---
The Four Funny Females

Yesterday we had threatened rain -- media says thunderstorms, result 432 drops of rain. Typical, typical, typical.
So I went back and forth putting sheep away and letting them back out, repeat. Obi Wan was with and I decided to have him put the nice new fun four sheep back in their cushy stall. Obi was such a good boy - I do believe the fun four are more afraid of me than they are of him. For me the weather forecasters are now "the boy who cried wolf". Their radar programs are no better.
This morning it looks to be a gray day - ok - great let the 1/2-3/4 inch of rain we got the other day a chance to sink in a little more. YAY - walking over to the barn there are little green leaves popping out of the ground! Future sheep munching ahead.
I took both Obi Wan and Ree with - and I let Obi work with the fun four. And yup - they are more afraid of me than of him. To his credit he was perfect. I think the black ewe will be the one who challenges the dogs. She would readily stomp at Obi. He held his ground - good boy, and barked which was all he needed to do to get her to change her mind. 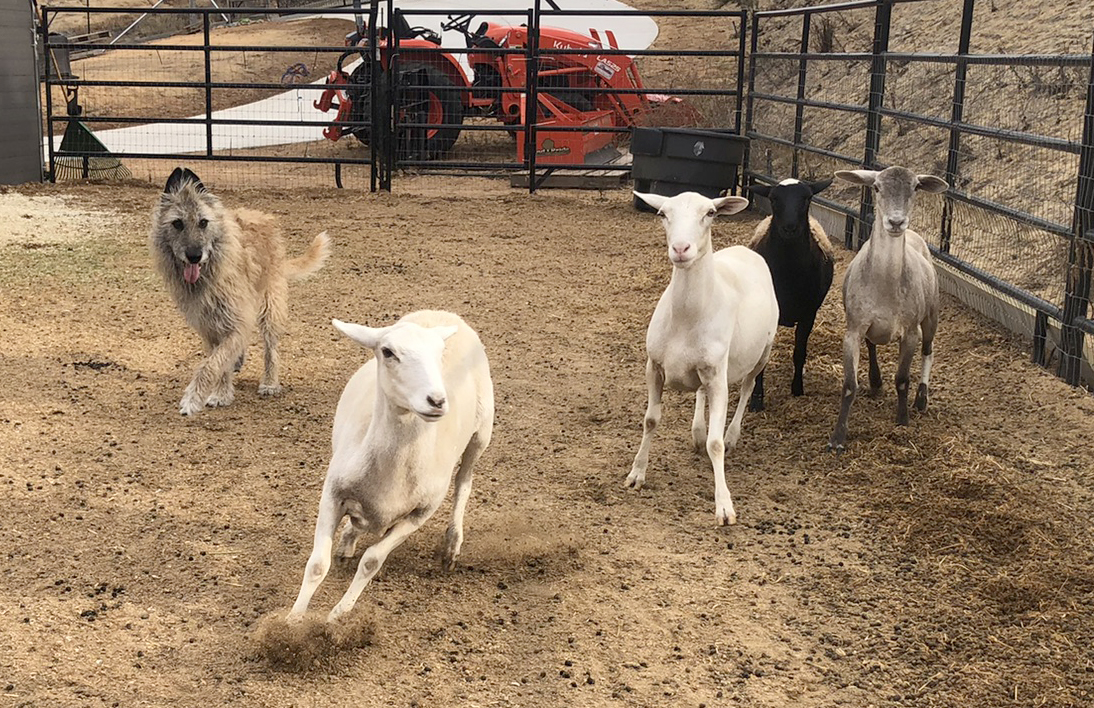 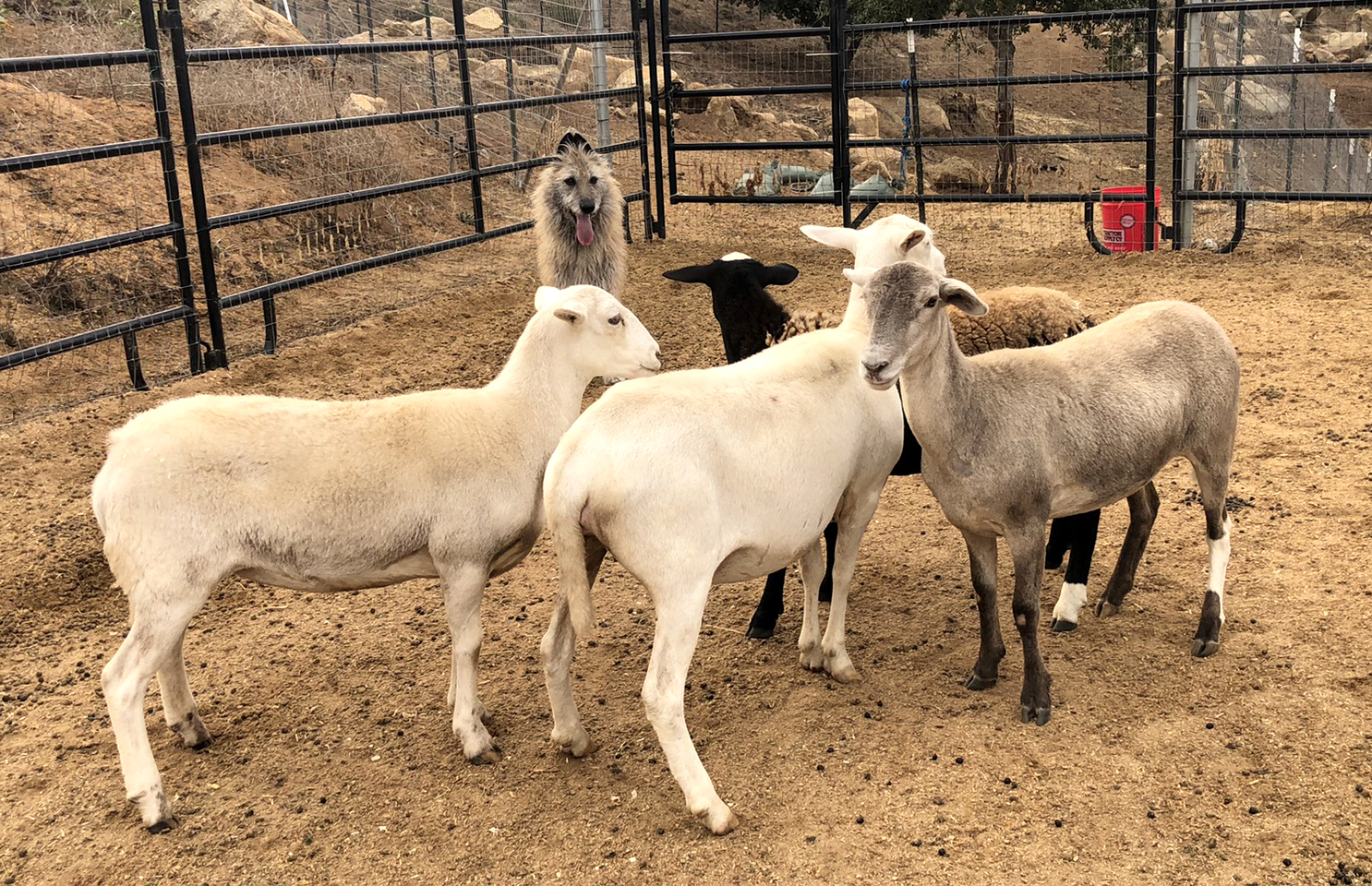 Busy morning today.
I was originally going to head out to a cheese shop with a friend - figured I'd clean out stalls, shower and head out.
Donned old grubbies and boots and went out to clean out the stalls - this is normal for Tuesdays, and of course as I'm cleaning them out I'm listening to the Mike Rowe podcast. I'm not much of a podcast listener - so this is the exception. I've given up radio because it's all doom, gloom, and you must do _______. I miss the old radio news and shows. Thank goodness for Mike Rowe (the Dirty Jobs guy). His show comes out on Tuesdays, and I can't think of a more appropriate listen when cleaning the barn than something hosted by Mr Dirty Jobs!
Just about finished and get a message - hay delivery coming early. Thought I'd miss out on the cheese shop run - but it all worked out - just very busy. The sheep are doing great. Will probably send one or two to the sale next week. They're old, very old. One for sure, the other Ol' 22 - should go, but he was so good in the early training days for many dogs. The decision will not be easy if I decide to send him off.
Picked up bales of shavings and a stop at the Amazon locker finished the trip. Good to be back on the ranch.
Wine and cheese for dinner tonight,

No a lot going on today. The greening of the ranch continues. It's amazing what 1/2-3/4 inch of rain will do. It's looking pretty already (and thinking but oh those that will become weeds )
Before the rain there was NO GREEN AT ALL. Now ....... 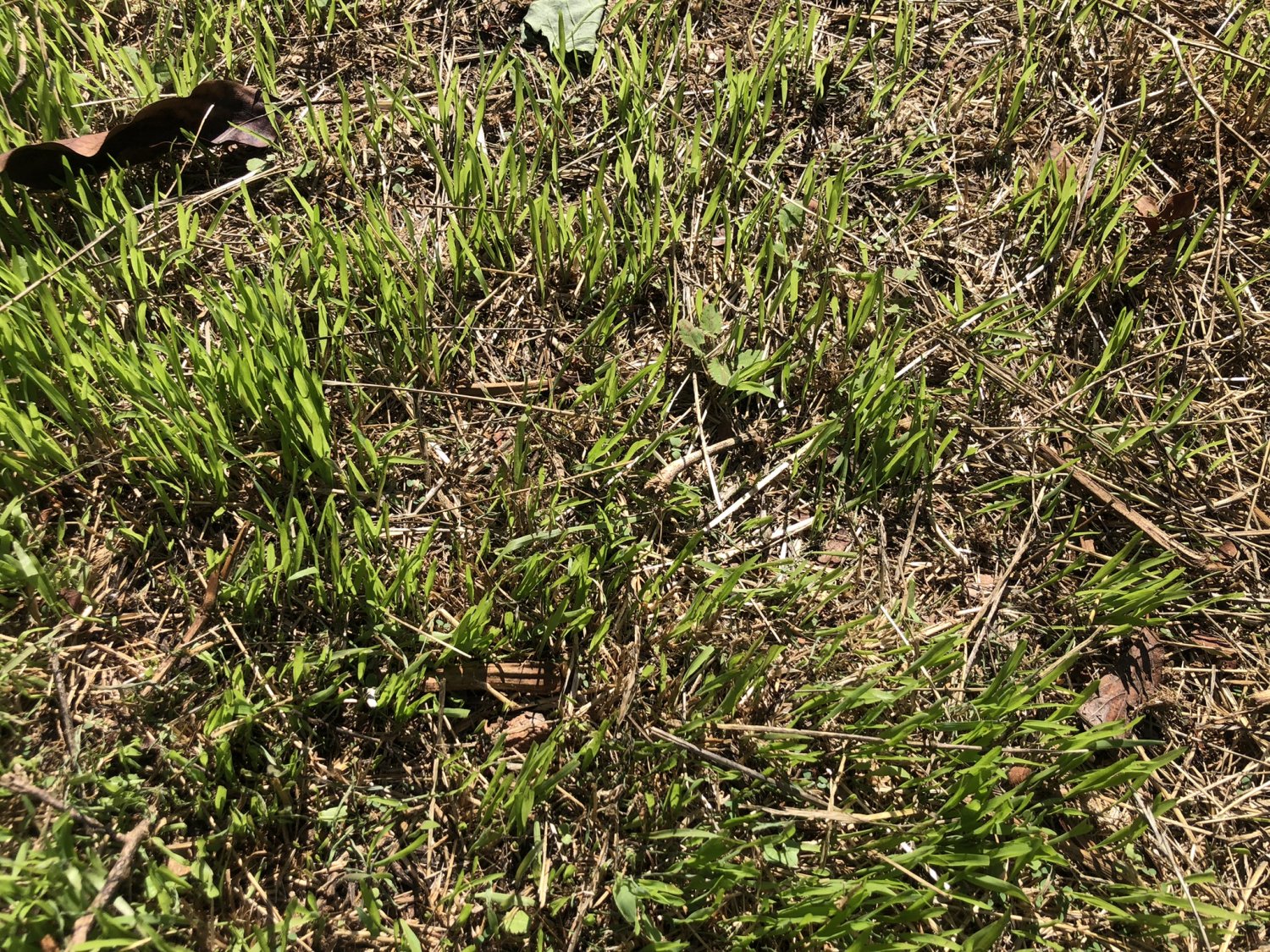 So what is it about rain?? The raised bed veggies have been watered religiously and after the rain they are exploding?!! Not complaining at all - just an observation that this always happens.
Got a 1/2 yard of rock today. DH brought it back in the old truck figured it was time to do it before the truck is sold. Still looking for a buyer of course

.
Doesn't look like much - but unloaded it by hand My first thought was just tip the bed - ohhhh wait it's not the UTV 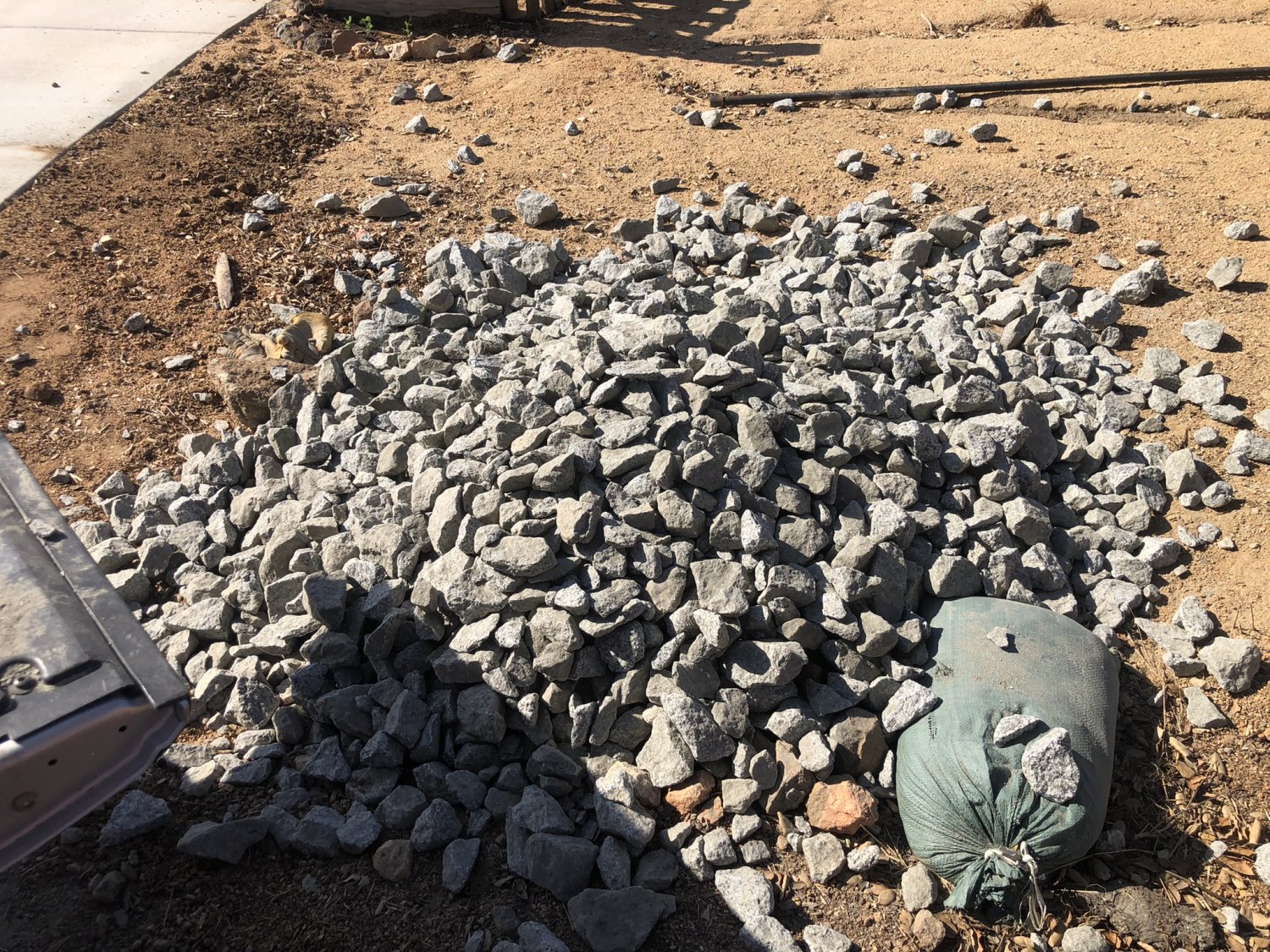 I'll use this as a border around planting areas at the barn. Had some leftover from building that I used and it looked nice - but definitely needed more. I ~think I see more of this in the future. They look grey in the pic but they are actually black and white.
Tomorrow herding lessons return after a several week break because of the heat. While the heat wasn't good for any dog training, it did give me time at the computer and that's when I found you all !!


Made the decision to let Ol' 22 go next week. It's the logical thing to do.

Rain brings nitrogen down out of the atmosphere and greens everything up. Lightening strikes also puts nitrogen in the soil.
F

The rain water carrying minute traces of nitrogen is why SNOW (a dreaded word to all the southern folk) is called the poor man's fertilizer.

And rain naturally washes off leaves which allow for more and better photosynthesis...

Baymule said:
Rain brings nitrogen down out of the atmosphere and greens everything up. Lightening strikes also puts nitrogen in the soil.
Click to expand...