Here is a picture of the snow we received last night. Do you think it competes with the amount you have? 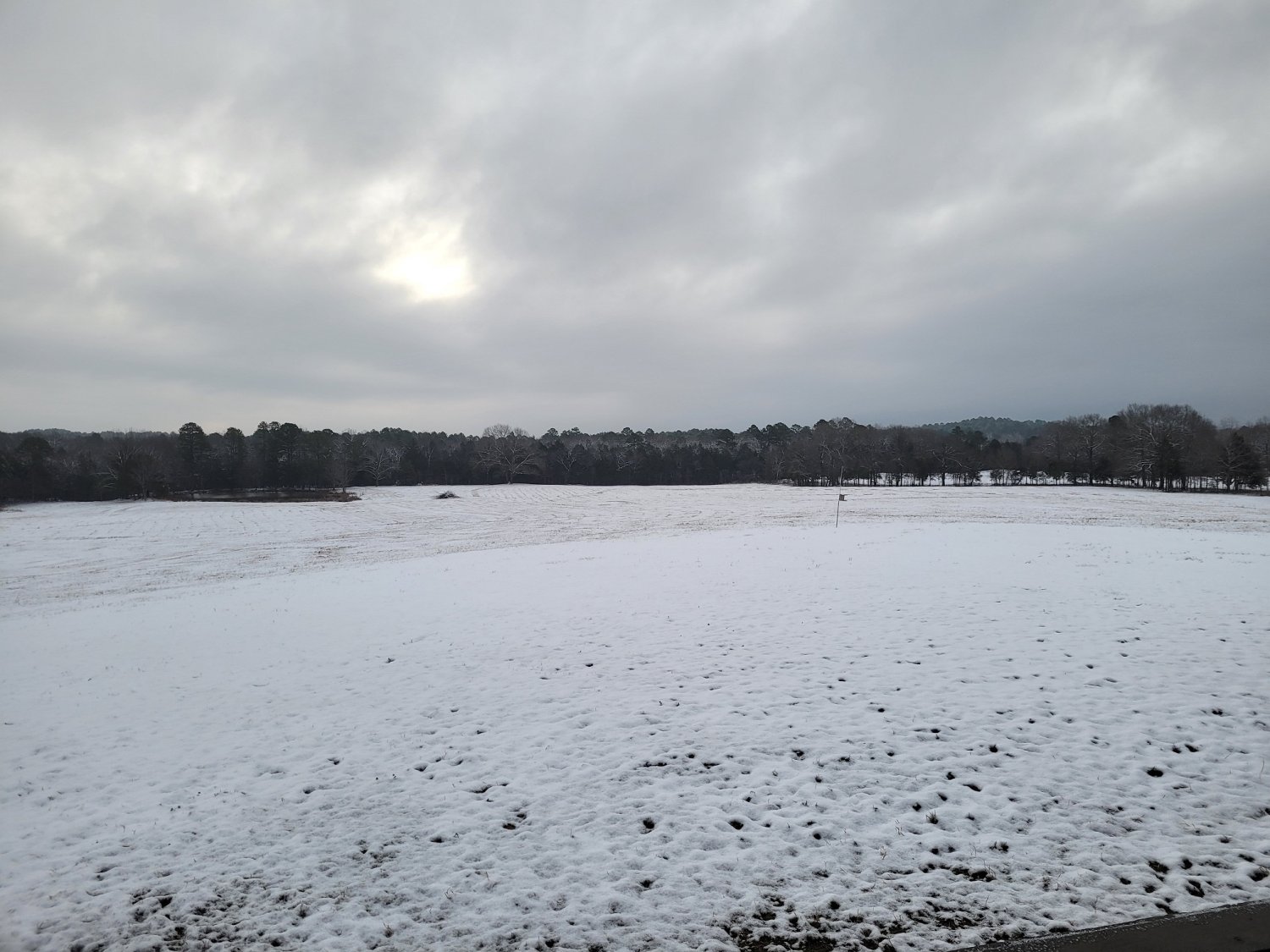 You got more than we did outside of Nashville. Ours is a light dusting on rooftops.

Senile_Texas_Aggie said:
Here is a picture of the snow we received last night. Do you think it competes with the amount you have?
Click to expand...

Yes, it certainly looks like more than Alaskan (usually) gets in July

Here is a picture of the snow we received last night. Do you think it competes with the amount you have?

I think I still have more 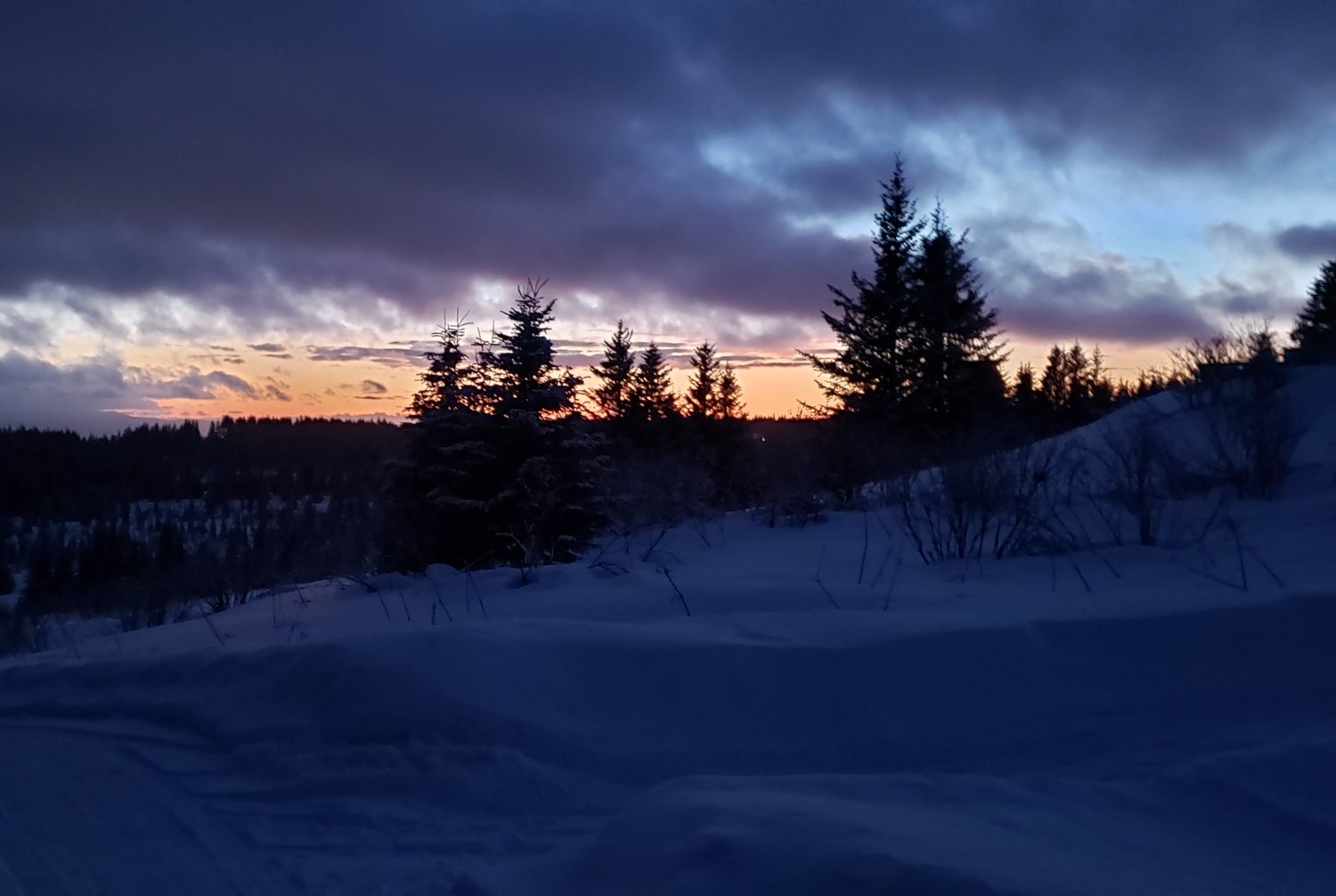 No snow here! We had flurries, but it did not stick. It's 29 right now, high of 72 tomorrow. maybe, just maybe, we can skip snow the rest of winter (February) LOL I just don't have the time to shut down and wait on snow to melt. Can we just skip February and move on to March?
F

It's been awhile since you had any projects going. What's been going on???? Hope that your health has remained good with all the craziness in the country the last 2 years. Especially with the latest "variant" omnicrom....

Is the hay guy still making hay on the farm during the season? Did you get the ag exemption for taxes to help with the yearly costs....??? With the inflation getting ridiculous, any savings is good.

Ever see any more stray hogs??? I have read that the feral hog populations are just getting worse...

We had about 8-10 inches in the cold miserably nasty storm over the last weekend. It has been so terribly windy.

What a pleasant surprise! It is always good to hear from you.

As for our health, we are both in good health, We have been lucky enough to miss catching COVID, although several family members on my wife's side have had it, with her next older sister and her husband having caught both the original version and, just this month, a more recent strain -- probably Omicron. But our luck may be running out.

As for projects, mostly I have been doing simple stuff. While I was off the forum in the first half of 2021, we had ANOTHER water main leak. It was in February and the weather was just above and below freezing while I was trying to repair it, so you can imagine how much fun I had. Like the previous time, I rented a backhoe to try the repair. But the repairs kept failing. I was using 1 1/2" PVC pipe for the water line and was using 1" black steel pipe to prevent it from flexing, but still the PVC pipe would flex enough that the existing water line would pull apart, as the existing water line sections are not glued together. Instead, one end of a section slides inside a larger end of the next section. This works great as long as the sections don't move. (I will call this pipe O-PVC as it is PVC with sliding sections and O-rings for seals.) But the PVC pipe I was installing was flexing enough that the existing end of the O-PVC could slide out from the next existing O-PVC section 20' away. I started out trying to repair 40' of pipe, then it became 60' of pipe (one O-PVC end would slide out of the one next to it and start leaking 20' away), then 80'. Finally, after a week's effort and at 100' of pipe being replaced and not knowing how to keep the PVC from flexing and letting the O-PVC slide out, I decided to call a plumber. It turned out that one of my neighbors living on a ridge overlooking our land is a plumber, so he took over the job. He got rid of the PVC I was using and decided to use flexible PEX pipe instead. But where he connected the PEX to the O-PVC, he came up with the ingenious idea of using a hard 90 elbow at each end and drive a stake deep into the ground up against each elbow. That way, the old O-PVC couldn't slide loose from the next section, being held in place by the stake. And that fixed the water issue.

Other than that fun project, we have just been cutting down and trimming trees, cutting down overgrowth along the fences, etc.

As for the hay guy, he and I recently cancelled the last 2 years of the 5 year lease. He bought an additional tract of farmland/hay fields nearer to his home, so he didn't need the hay from my place any more. So now I am back to where I was when I first posted on this journal back on 2018 Jun 16, almost 4 years ago: "what do I do with 100 acres of pasture?" And I am no closer to an answer now than I was then. I will have to come back and pester you folks some more AFTER I go and read the answers you folks provided back then.

As for the ag exemption, no, I still have not done that. I wish there was a place on the Internet to read about ag exemptions, such as "Ag Exemptions for Dummies (including Texas Aggies!)". While the ag exemption would not help much on our property taxes -- they are not that high here in Arkansas compared to McKinney, TX -- having farm write-offs for our federal income taxes would really be helpful. Alas, I have yet to find any place that explains the different farm deductions, exemptions, assistance programs, etc. I look out across our beautiful land with a mixture of gratitude for the beauty and privacy -- I am not stuck in some d*%$ suburb looking at the back or side of someone else's house, or worse, stuck in an urban apartment -- and rebuke, namely "What the H.E. double hockey sticks are you doing here, STA, letting this go to waste???" I think of how someone like you, Miss @Baymule, @Mike CHS, or Miss @rachels.haven, for example, would have this place both beautiful AND productive. So here I am, enjoying the beauty and feeling guilty at the same time and so far not doing anything about it.

Regarding hogs, no, we have not seen any since that time. There haven't been any geese or ducks the last couple of years, either. I am not sure why. I have yet to buy a high-powered rifle or shotgun to take care of any hog should it take up residence again, either. Maybe it is time to do so.

I have been wondering how your weather has been. I am finally going to have to get caught up on your journal.

Thanks again for asking about me.

Senile_Texas_Aggie said:
as the existing water line sections are not glued together.
Click to expand...

I think maybe the O-ring PVC might be OK for drain pipe but pressure and not glued??


Senile_Texas_Aggie said:
Alas, I have yet to find any place that explains the different farm deductions, exemptions, assistance programs, etc.
Click to expand...

I wonder if the Ag extension agent could help with that. They should be pretty well informed I would think.

Maybe you could turn your place into an animal rescue. All you need is some fence and buildings and ....

I think maybe the O-ring PVC might be OK for drain pipe but pressure and not glued??
Click to expand...

Yes, I was surprised to learn that as well. At first I thought the glue holding the old pipe together had gotten old and was giving way. But then I looked more closely and saw that there was no glue at all, just an O-ring seal and a long (~ 1') of extra large tubing at one end where the next section would slide into. I later saw a YouTube (I wish I could find it) where a homesteader was installing that kind of water line to his new house. I wanted to tell him "You'll be sorry!"